The Bike House. Hey! Bikes are people, too, you know...

Spoilt for Choice: So Many Bikes

and in it he said
" I'm a semi-professional blogger with a fuckload of bikes, which means I'm exactly the sort of asshole who deliberates over what to ride today in the same way an investment banker stares at his motorized tie rack for 20 minutes while his manservant burnishes his corns before finally settling on some neckwear." 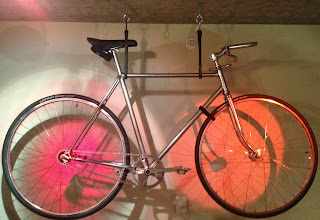 As a thoroughly amateur blogger, I have no idea what he is talking about.
As a person with someone who is  hopelessly addicted to bikecrack,
on the other hand, I get it. 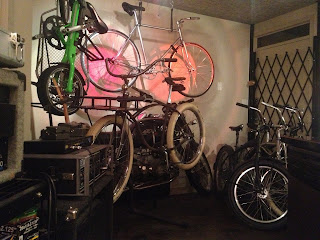 And as a woman who sometimes spends 20 minutes staring at the shoe wall while the kitten scratches at my ankles and puts holes in my hose...
well, perhaps I should have been an investment banker,
because damned, those hose are expensive. 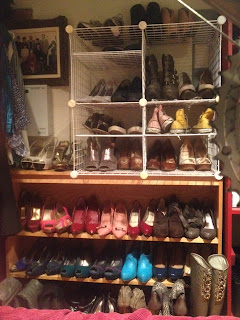 It can be very challenging to choose the right shoe, you know.
How did I do? 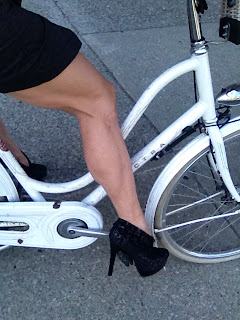 Do they go with the dress? 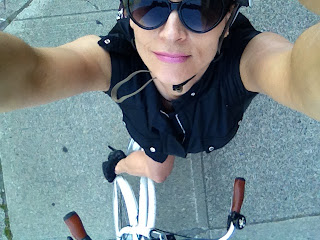 Truth is, one of the biggest problems the man and I have, in the midst of this city of sky-high property prices, is shoe bike storage.  It's such an issue, in fact, that we have two places, one for us, and one for the bikes.

No I am not kidding.

Are bicycles an art form?
At the bike condo, every wall hosts a bicycle... 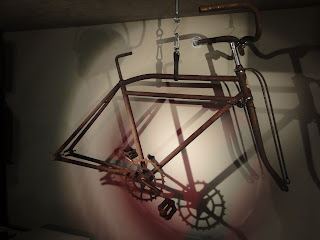 ...except for the ones that don't. 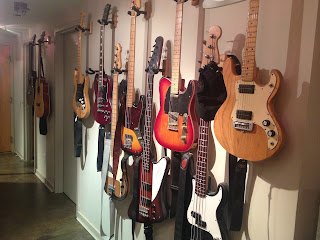 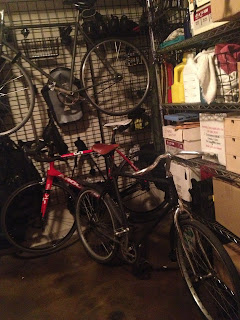 Maybe you can sleep in the saddle, but this may not be the best room in the world for sweet dreams.

Welcome to the dining area.  Talk about your greasy spoon...! 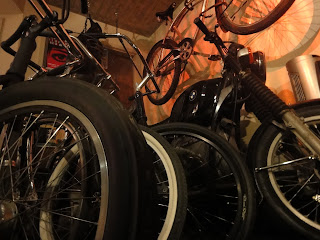 Looks a bit like a scene from The Hoarders, doesn't it?
Aaaaand the living room.... 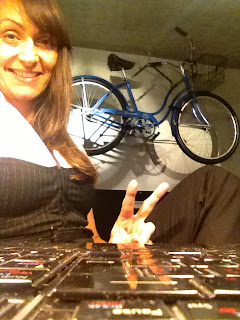 I couldn't find the photograph of the man's share of bikes in the bike storage area of the building.  but you get the picture, don't you?  It's getting a bit crowded over there, and we can't really afford to splurge on another place for our growing inventory, so he is open to selling off a few bikes to make more room for his drug  hobby, bless him.

But even though we give our bikes their own premium space just a couple of blocks from False Creek, we don't keep them confined to the bike house. On the (human) home front there are actually a few walls without bicycles on them, but not all of them are so unadorned.
Here's a photo of my favourite thing, which I keep in the closet: 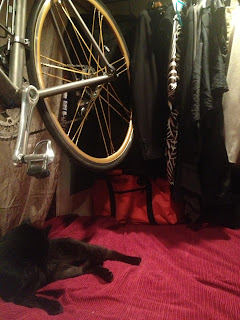 No, not the orange "Emergency Preparedness Kit," and certainly not the scary black cat. That's Wiley, the neighborhood tom, who used to make himself at home in my closet every chance he could get.  I was too terrified of him to say no, but at least I slept well knowing  a ferocious devil-cat was guarding my best bike. The beast wanted to start spraying in the house as soon as the kitten arrived, however, and so we've all had to learn to stand up to him and say "No, you cannot come in."

It's been good for us.

Here at the people house, we don't need walls to hang bikes on. 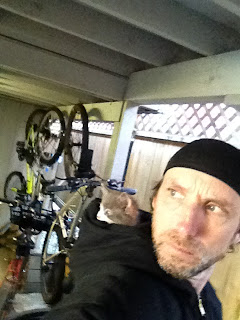 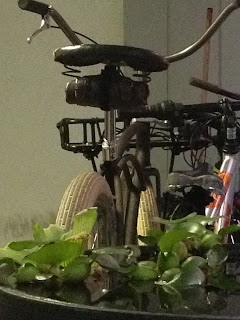 It's all good, though.  Bikes are an integral part of the Peace Plan.
If this love is but a drug then so be it, sign me up for life. I'm convinced it's much more than that.
It's key to healing.  Bikes transport me beyond the minutia ruling this mad mind.
They provide a new perspective and take me to places like this: 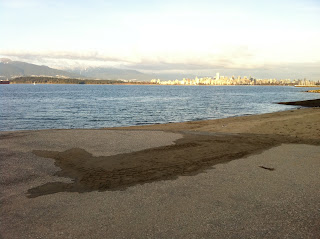 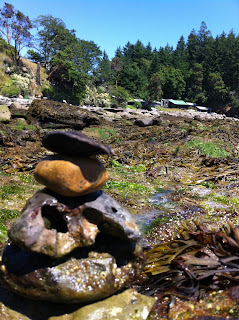 and sometimes even this! 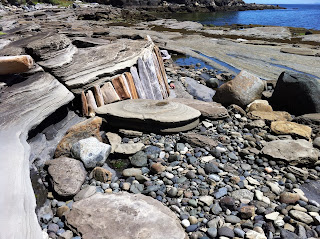 Some rides take me to exotic places, and some are just a bit of me-time in the middle of a busy day, but every time I get on my bike I am taken to my happy place deep inside.
That's why I love riding bicycles, and that's gotta be worth even more than Vancouver real estate.