The Lyin' King's New Pro's: A Different Kind of Cat

Manely I've been lyin'. Livestrong is a wonderful thing.  I was so wrong for so long but now I see the truth and the error of my ways.

I have no pride. I'll admit it promotes strong principles for healthy living.

I was a bad person before because I wanted to be right at all costs. It was a sick, dogged determination to live a dog's life, I suppose. Doggone scary. I'm not like that any more, not since earlier this week, anyway, when I turned tale and decided to tell the truth. I would go and make amends but it's probably best to let sleeping dogs lie.

It's waaaaaaaay too late, for sure, but hey, I'm not lyin' now.

People are wrong all of the time, though, you know.  And you have to admit that I was the best at being the worst.

It sucks to be wrong. I want to be right again.

Oh wait.  I am right. Look what I found!

16 Reasons to Have Daily Sex.

There are some really great reasons to do it every day, though, which is handy if you have a partner who just doesn't get it.  Take, for example, reason number five:

Making love three times a week can make you look 10 years younger, claims a Scottish researcher. "It's good for you to have good sex," says David Weeks, a clinical neuropsychologist at the Royal Edinburgh Hospital, whose study on the effects of sex on aging appears in his book,Secrets of the Superyoung.: 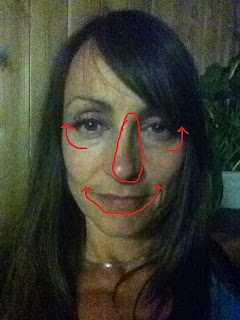 Yuh huh. That's what I'm talking about. Ten years.  People spend thousands of dollars and days in pain to achieve results like that, whereas sex... well it just feels good from start to stop, doesn't it?  But the benefits go much deeper than that.  Not only does it knock a few years off your face, it adds those years to your life expectancy.  Yes, you read that right. Lots of sex makes you


A healthy heart, stronger muscles, increased circulation of oxygen and happiness are some of the factors that add life to the years and as a result - years to your life.

Not only do you live longer, but you look good doing it.  And since you're doing it, you're also having fun.  That's what you call a win/win/win. That's a win in every dimension.  It doesn't get any better than that.

Still not convinced? Your stress levels are a bio-chemical reality.  Cortisol is the culprit, and it's usually at its highest levels in the morning. Cortisol triggers ageing and all the other nasty possibilities hiding in your dna, so dropping the stress first thing is always a really good thing. A spot of sex, a bit of Kundalini yoga, a short period of meditation and a ride into work, and you've set yourself up for a good day. 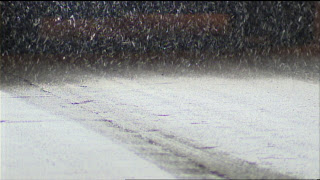 Even if the city is shrouded in black ice and you wipe out on a downhill corner on the way in to the office...

Sex heals.
The dopamine, endorphins and oxytocin your body produces when you're making love are the very best antidote to any and all stress. "It's also a great form of exercise. Doing it three times a week for fifteen minutes a day over the course of a year is the equivalent of running seventy-five miles.  It lowers the diastolic number of your blood pressure (that's the bottom number) and strengthens your core and pelvic muscles".  Sex is a good sleep aid, too, a much less problematic one than the pharmaceutical alternative. Plus "it regulates your hormone levels," so it helps to regulate menstrual cycles for women and slows the progression of hair loss for men, amongst other things.

"Regular sex prevents erectile dysfunction." Did you know that?  That makes sense, doesn't it? It's like any other muscle: the more you use it, the stronger and healthier it becomes." Erections keep the blood flowing throughout the penile arteries, which keeps the tissue healthy.  It's like athletic training:  the more you train the more capable you are to perform."

There are so many sweet benefits to a healthy sex life. Sex also helps to protect you from cancer, particularly prostate cancer for men.  Actually, cancer  stands a snowball's chance in hell in a body flooded with all those biochemical goodies. What's particularly useful in the dead of winter is that having plenty of sex will increase the effectiveness of your immune response so that you are much less susceptible to the flu.

My big fat, pre-inflated ego loves it when science confirms what I've been saying for ages.

Here's the thing.  There is a way to trigger quantum healing, and it has everything to do with what you put in your body, with what you do with that body, and the thoughts you think as you inhabit that body.  The bodies we live in are actually designed to experience bliss.  Ecstasy is your birthright, and joy your natural state.

"I was raised Catholic. I can feel guilty about anything." (Moriarty-Law & Order)

Confession is supposed to be good for the soul, but I'm pretty sure that only counts when the confession is a symptom of true contrition and remorse.

I still want to be the Pope, but I'd be the Lyin' King if I told you I'm a devout Catholic.
Perish the thought.
I like to think I got over all that, though they say a leopard can't change his spots.
I do know that truth just is.  It has it's own signature in space and time.  Everything, every thought, every word, every action leaves an imprint on the fabric of reality.
It exists.  Truth just is.