A bump in the road: shouldering on, even though I am not very well armed.

Dunno about you, but I've noticed that sometimes the universe throws you a great big curve ball, and suddenly everything changes. I don't hear the Gods laughing right now, but I can feel the hand of fate moving deftly these days.  This week I had my first physiotherapy appointment with Alex Fell and another consult with Dr Stein. Alex said that what with my connective tissue issues I do have a much better range of motion than he would have expected so soon after surgery.  Which is good and not so good at the same time.  Since I saw him last, Dr Stein has had a chance to review my files thoroughly, and what he came up with was pretty much all bad. He sat me down and had "the talk" with me.  He said that the damage to my scapula is the worst possible case scenario.  The inch all along the top is intact, and everything underneath is completely shattered into a million tiny pieces. He also said that when I crashed, the force of the impact pushed my ribs into the sternum so hard that the cartilage was pushed out and that the rib cracked where it used to connect. Well, you can see it for yourself.

Dr Stein said that this is going to be a full six month recovery, and that I absolutely  must not place my shoulder under load until then.  He said "I'm sorry, but I can't give you the green light to race until next spring." I didn't cry at the time, but I did shed a tear later on, and it wasn't only because it still hurts so much that it makes me throw up sometimes. But thank goodness Bill was kind enough to lend me his trainer.  I don't know what I would do if I couldn't sweat.


And thank goodness for Bea bike, too... 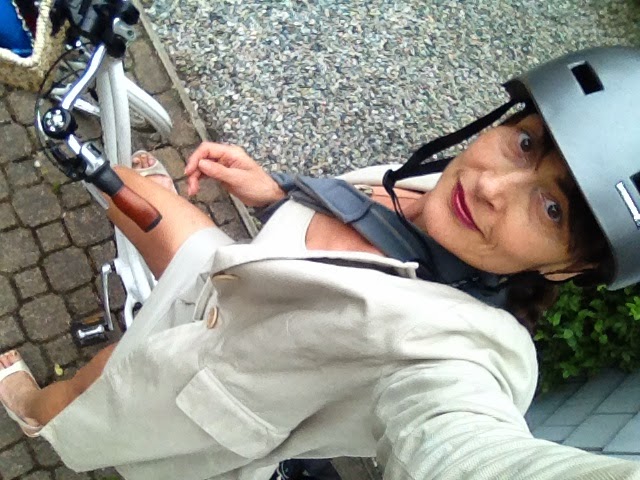 I can't haul ass on it, cause the ability to stop is important, and any kind of crash is unthinkable, but at least I can still get around. 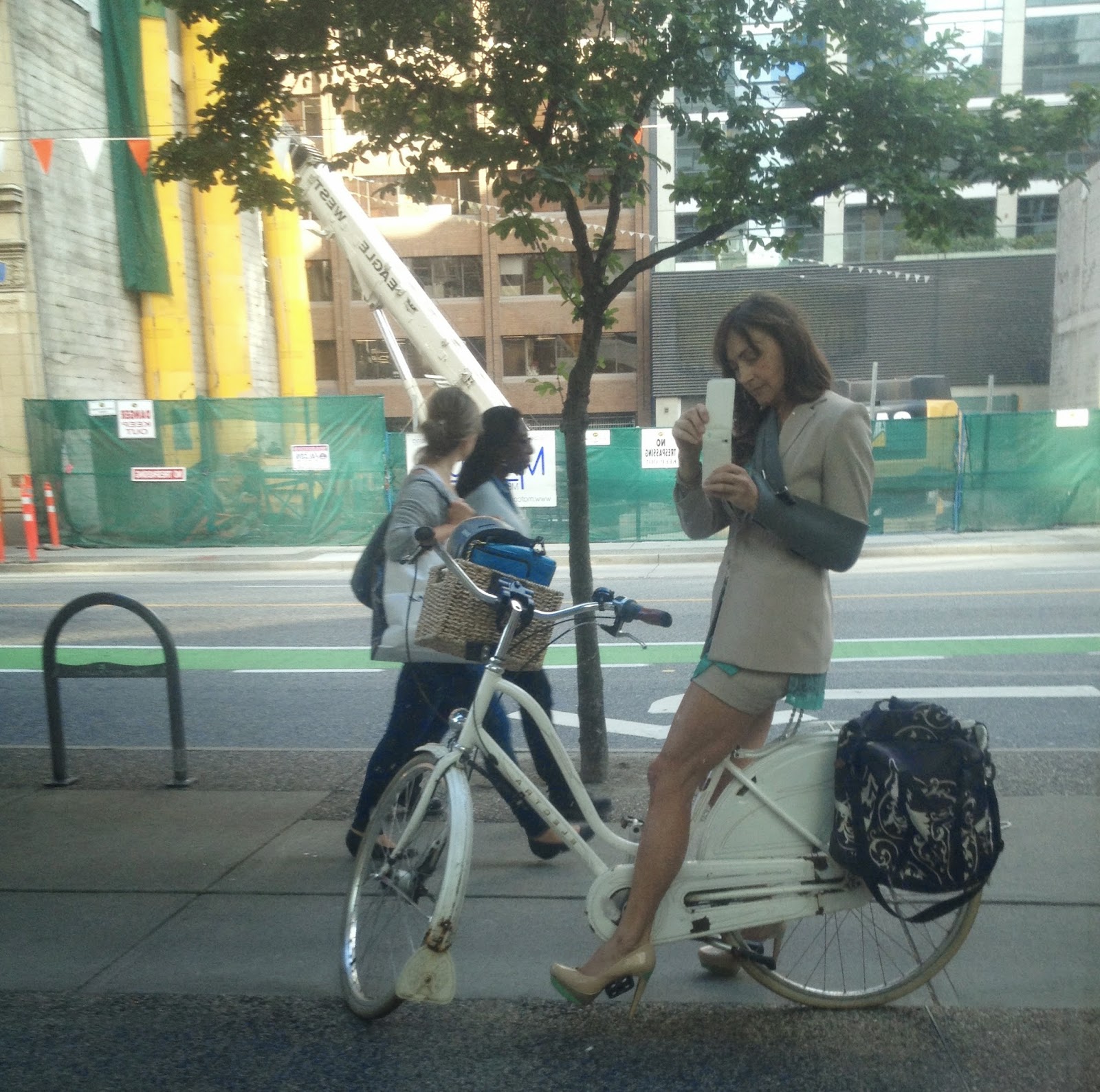 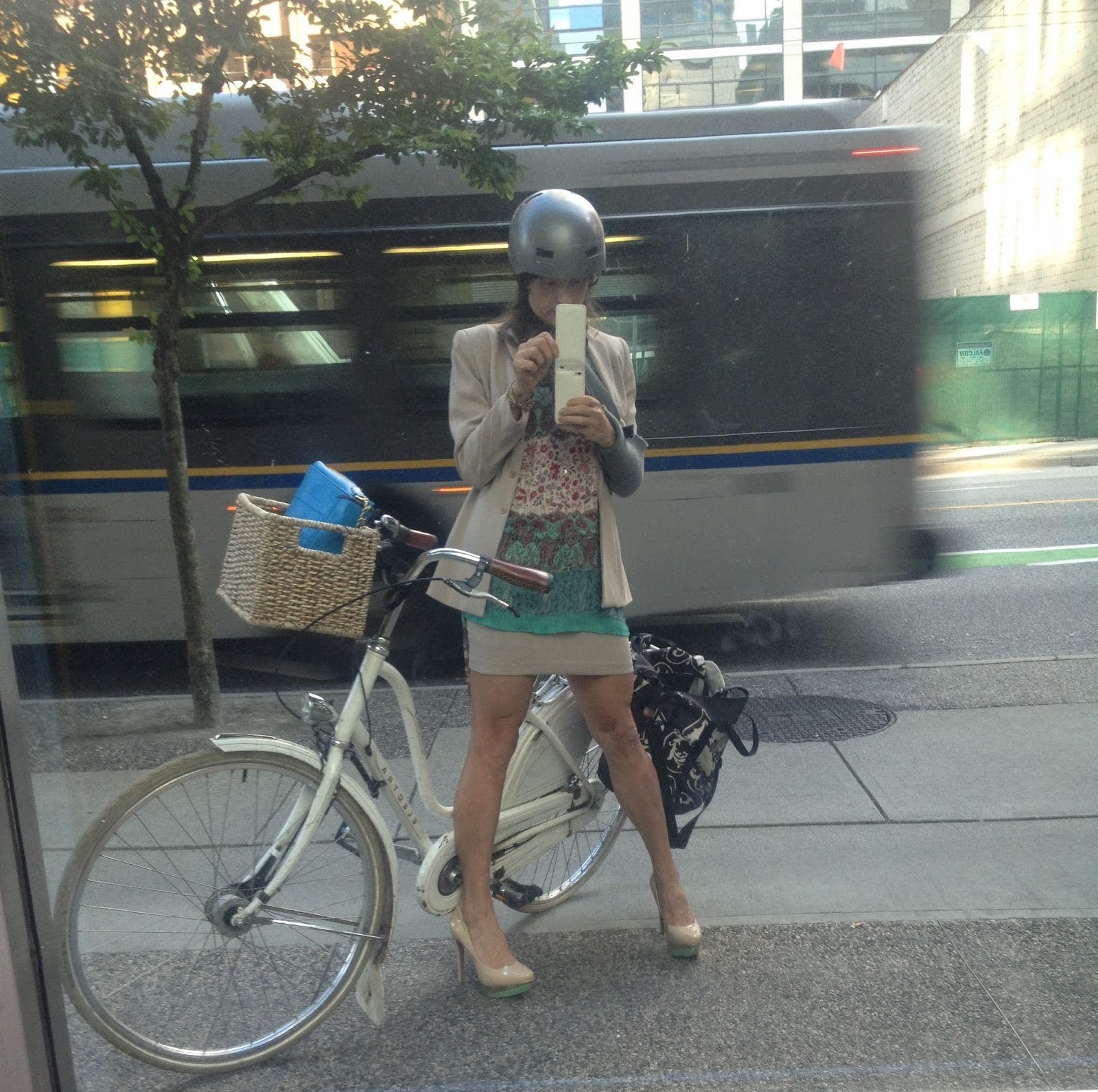 Blessed be.  So even though that crash was a serious game changer, and even though it is limiting my options now, it will be alright in the end.  This time away from my road bike is giving me a chance to work on my core strength. 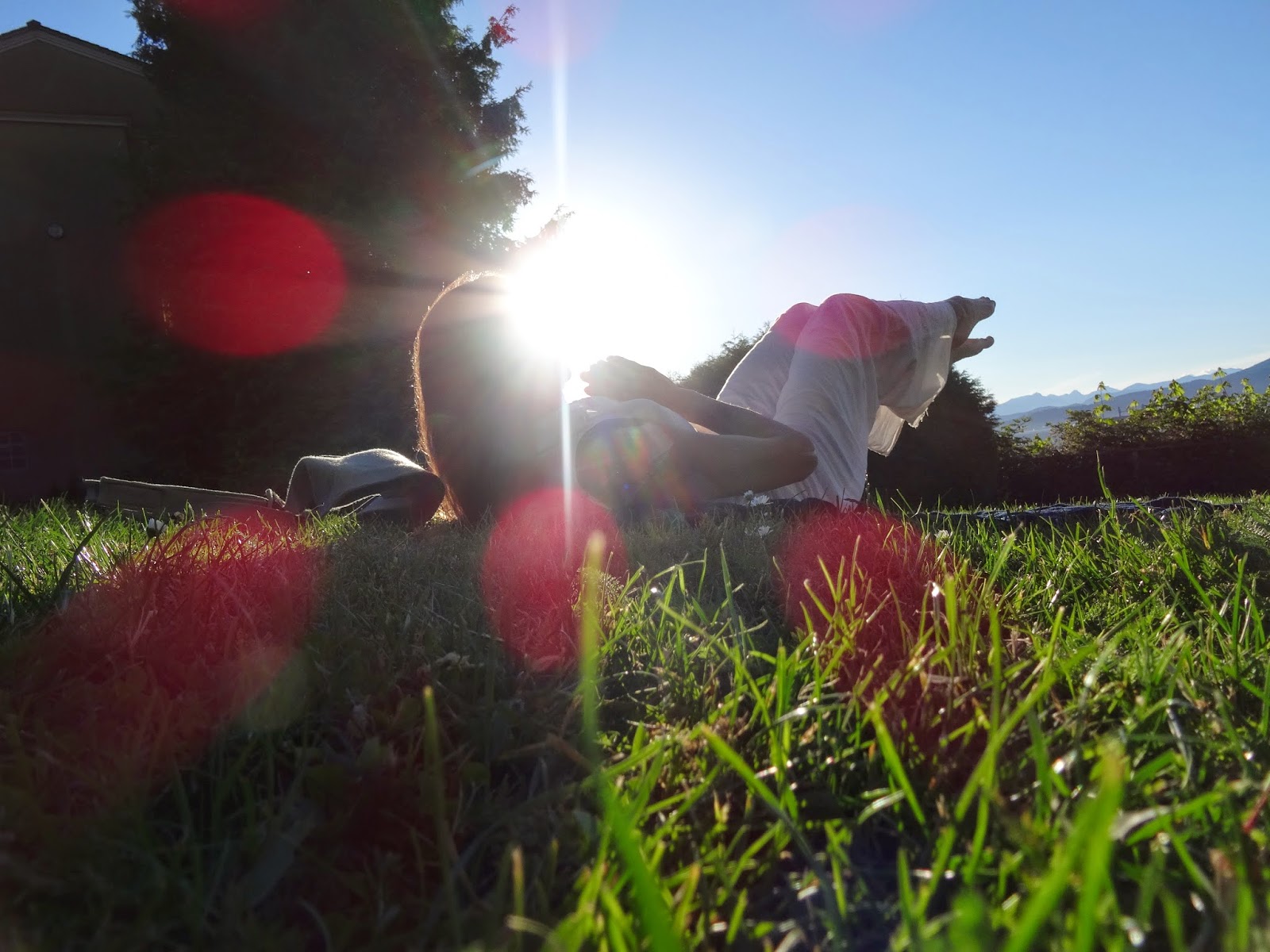 I can spend time with the boys...

and I can enjoy the company of friends on the beach. 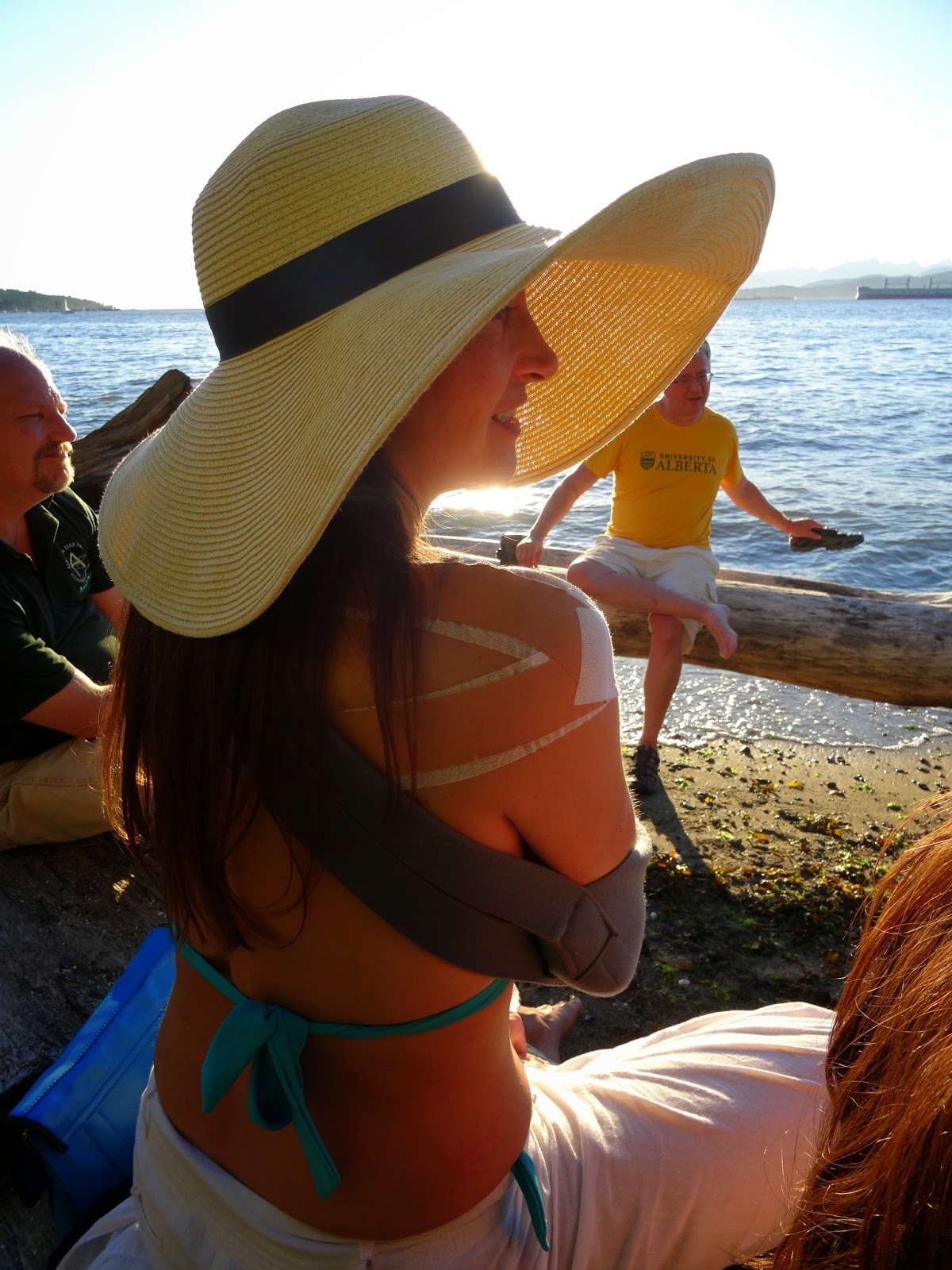 All in all, life's not too bad, despite this unexpected bump in the road.  And hey!  The rest of the world seems to be finally catching on to cycling as a way of life.  It's a painfully slow process, but you can see the evidence everywhere... 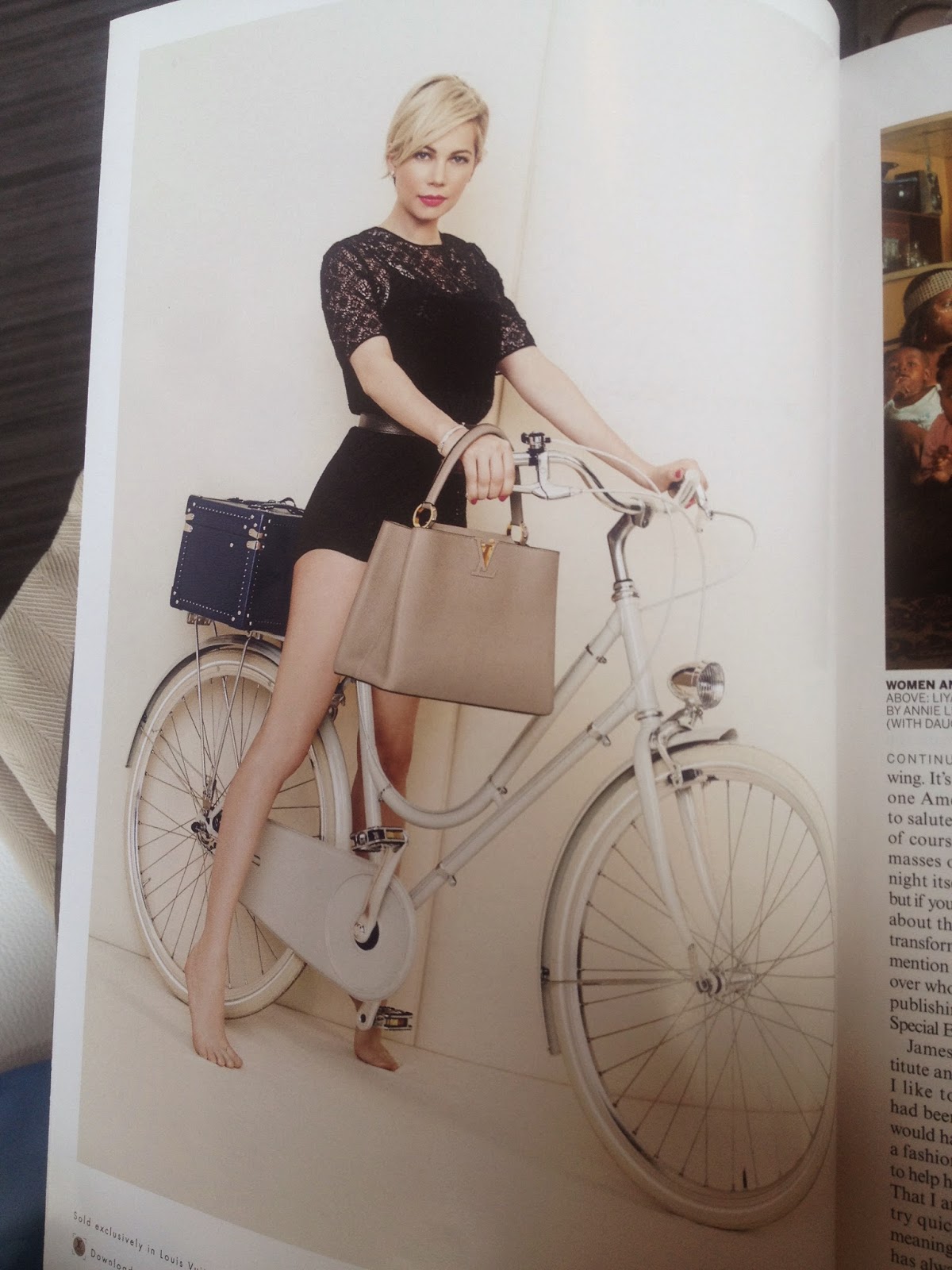 It fills me with hope to see more and more people on bicycles at time ticks inexorably on. I miss being healthy, whole and unfractured. I still feel the aching need for speed every single day, but at least I'm still here, and I can still ride a little as the rest of the city slowly awakens to the best way of life... 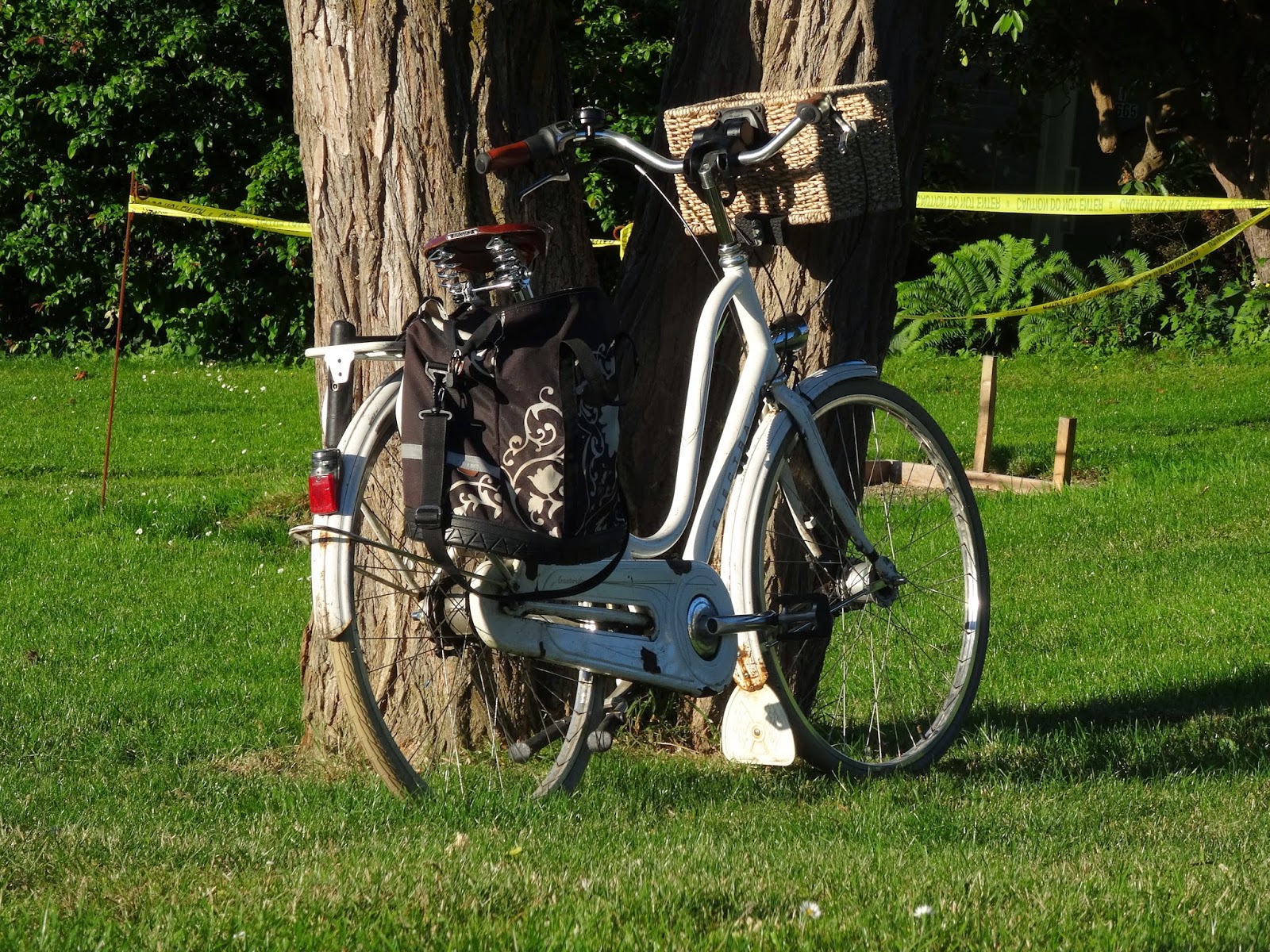 You know what I'm talking about.
Posted by babble on at 08:07