Are you longing to feel carefree? Try going car-free. It makes a world of difference...

Some philosophers will tell you that the world you see, and indeed the very experiences you have, are nothing more than a reflection of your own self, your thoughts, your values, your beliefs. Science argues a certain amount of objectivity, but even in the hallowed halls of higher learning, you get what you are looking for. Seriously. Your hypothesis defines your very experiment, and thus your results. 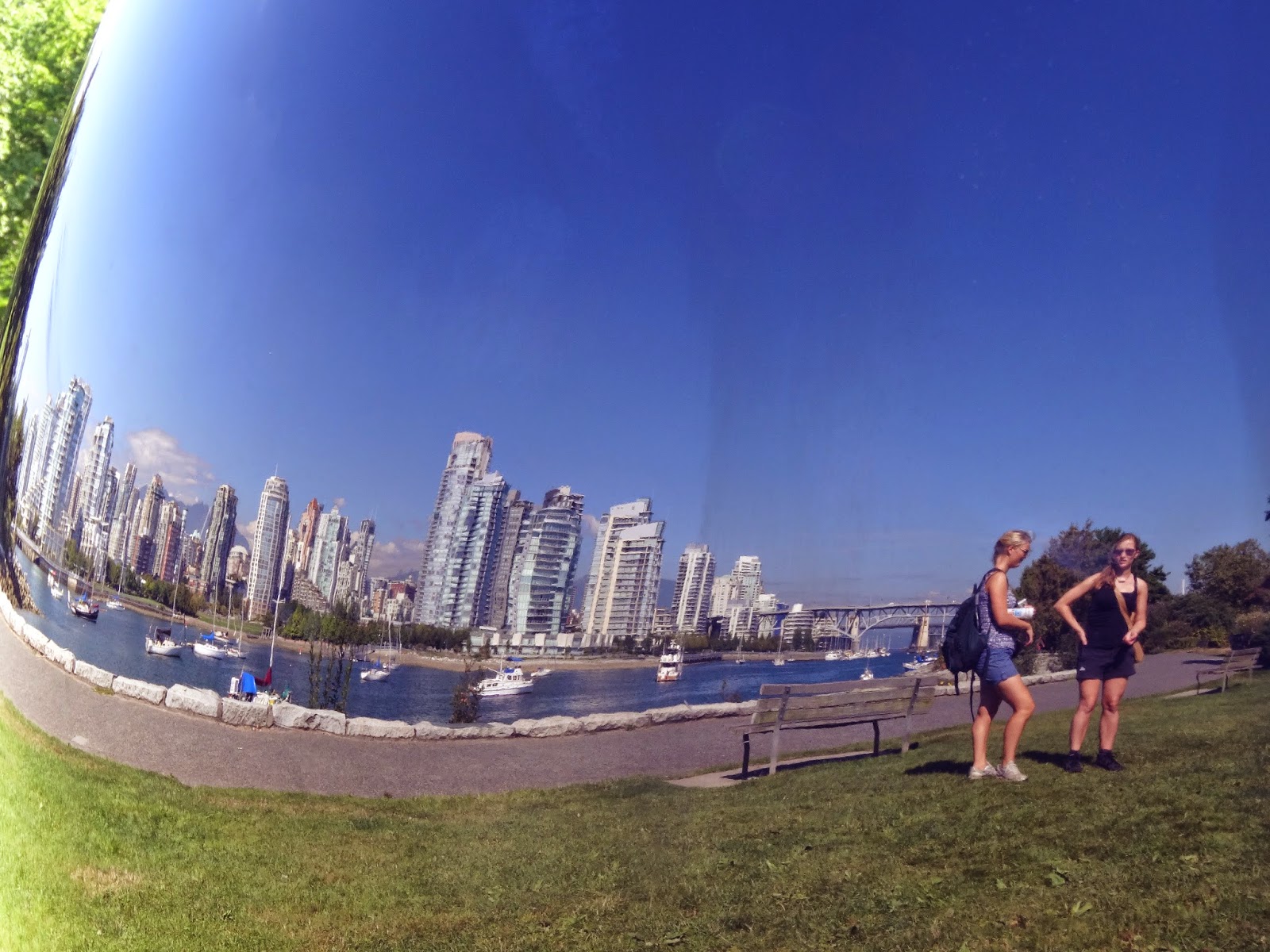 So people who are looking for reasons to be offended will always find them, and people looking for giant reflective jelly beans may find themselves equally successful.  I started riding bikes for transportation a few decades ago, and at the time my choice was definitely not well understood.  Most people thought I was stark raving mad.

And here in Car-Crazy Canada, that theory is still predominant, though if you are (like a jelly bean) well-red, then you know that life isn't actually black and white, 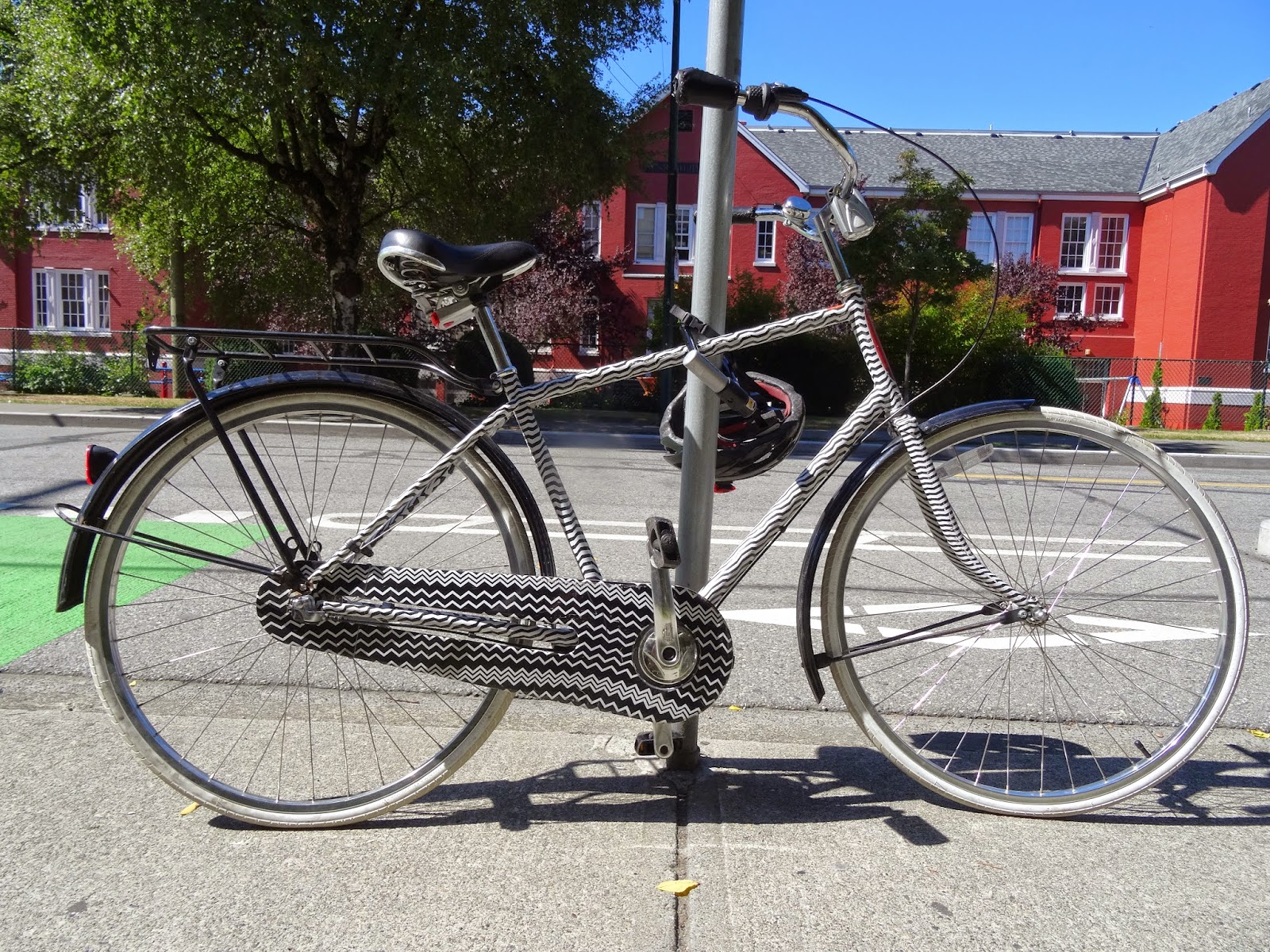 and maybe, just maybe that attitude toward cycling is shifting a little.  The Province newspaper is the territory of Vancouver's own brand of Ford Nation. You can easily find an article highlighting how many cyclists have struck pedestrians, and how incredibly dangerous the bike is to a person on foot, but no one in that organisation has gone out of their way to point out how cars are most often the issue.  They are the number one cause of death for all sorts of segments of society across the planet. No one. Not. Ever. The Province has long trumpeted anti-bike lane sentiments, and has an illustrious history of publishing articles lambasting cyclists and our terrible behaviour, and yet this week alone saw several articles on bikes and cycling, none of which were completely derogatory, and what's even more surprising is that two of them actually graced the front page!

Do you suppose there's hope for us yet?  Sure Canada leads the world in the degradation of pristine tracts of intact forests, because of our addiction to the oil and gas industry, and yes, most people are so unbelievably brainwashed that they can't begin to imagine their lives without their precious, stinking cars, but change is slowly and inevitably having its way with us.

For many years now I have had to come to terms with the fact that plenty of people hate me.  You know it's true, too, that cyclists occupy the very bottom rung on the road totem.  Pedestrians in this country are given diplomatic immunity.  They can walk out in the middle of the street without even checking to see if traffic is coming, and if you hit them, well you're in the wrong.  And they don't like cyclists cause they can't hear us, and so they have to actually look up from their cell phones to see if we're there.  And motorists hate us because they might have to slow down for a minute before they pass us on their way to the next red light queue. But that's okay.  I don't really care what they think of me any more.  I don't care if they think I am a failure because I choose not to sink a small fortune into a BMW, insurance, and the expensive dinosaur remains required to run it. From where I stand, all of the sheeple sitting in those silly planet-consuming beasts and getting fat round the middle are the ones afflicted with a sad brand of madness. 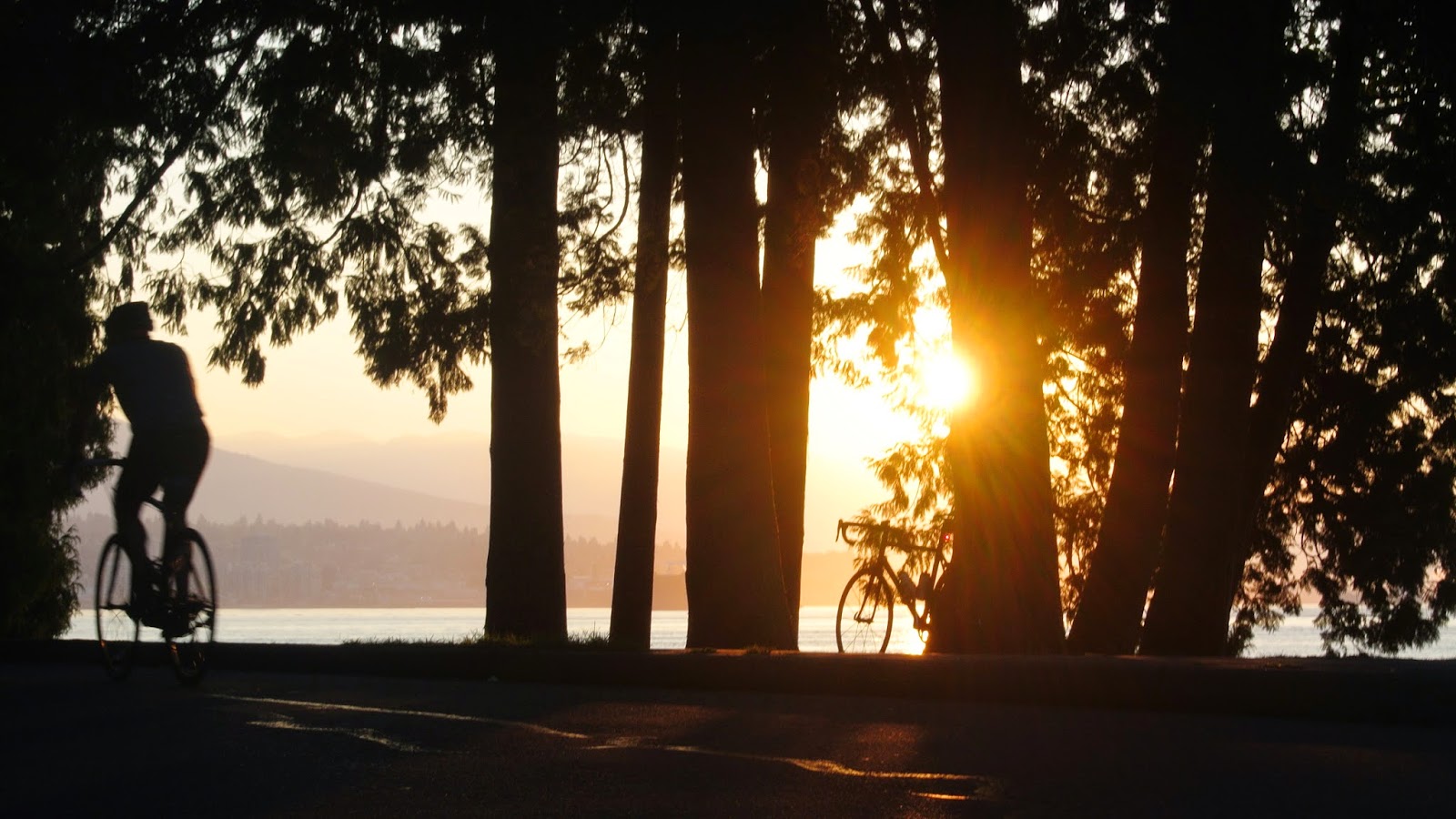 Suckers. They don't get to experience the peace of mind that comes from stewing in your own endorphins for an hour or so on a bike.  Instead they get to inhale carbon monoxide from all that nasty traffic they and their fellow brainwashed compatriots genenerate whilst they suffer from the stress and disease born of too sedentary a lifestyle.

It is patently obvious that car-addiction is a government sanctioned state of affairs, especially if you live in a place like Canada, whose wealth is largely derived from exploiting natural resources with no thought for the future.  If anything else killed even a fraction as many people as cars do daily, you can bet the whole of civilization would move Heaven and Earth to put a stop to it, but cars?  Forget it. Seriously. When is the last time you were witness to an extended police crackdown on speeding and distracted driving?  When is the last time you saw a magazine article addressing the dangers of driving too fast?  But mention cycling and the next thing you know there's an exposition how we flout the law by running stop signs.  Ferfucksake.  When I pull up to a stop sign I look both ways and if the coast is clear I go.  If it isn't, I stop.  Because I can. Stop, that is.  A car takes longer to stop, so the driver of a car can't stop if they leave it to the last minute the way I can.  I still stop for the cars that are there first, and I still give pedestrians the right of way, but everybody figures I am a road terrorist because I don't always stop for an empty intersection.

Do you know who the real terrorists are?  They are the jerks who go around talking about how they want to run people like me off the road. Or worse yet, the cops who ran a cyclist over TWICE and then tried to cover up their crime.  WTF is wrong with human beings? Are we really that easy to brainwash into moronic submissiveness?  Is it really that hard for people to read the writing on the wall?  Get. Over. It. Car culture is not sustainable.  Do you have kids?  Do you care for the future of humanity even one whit?  Wake up.  Of course our government sanctions car dependence. Government stopped being by the people and for the people a long time ago. Our government is just an arm of big business, nothing more, nothing less, and you should trust it about as much as you'd trust any multi-national corporation.  Think about it.  Do you really think that helping the very rich get richer still is going to help you out in the long run?  Ha. Don't be daft. 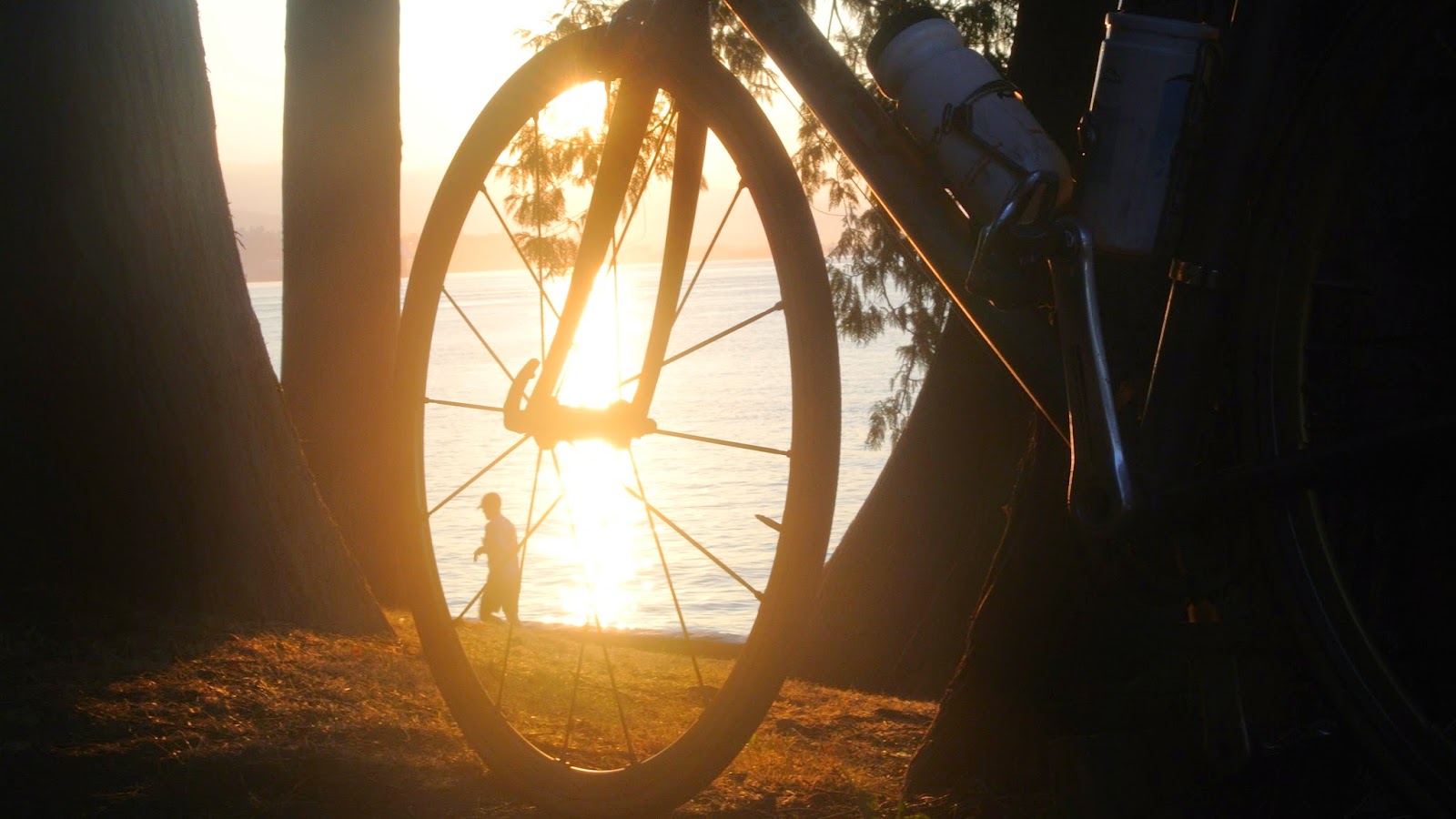 Fortunately, today's youth are wide awake.  They see what a mess we've made of things.  The only way to fight big business is with your wallet, and today's youth refuse to buy in to the bullshit. Blessed be.  Vancouver's rich old farts fought tooth and nail against bike lanes, but the city was smart enough to know that if you want to tempt the world's up and coming companies into doing business here, you have to make it liveable.  And it worked.  Google has recently come to play, along with HooteSuite, Amazon, Twitter, and Facebook. 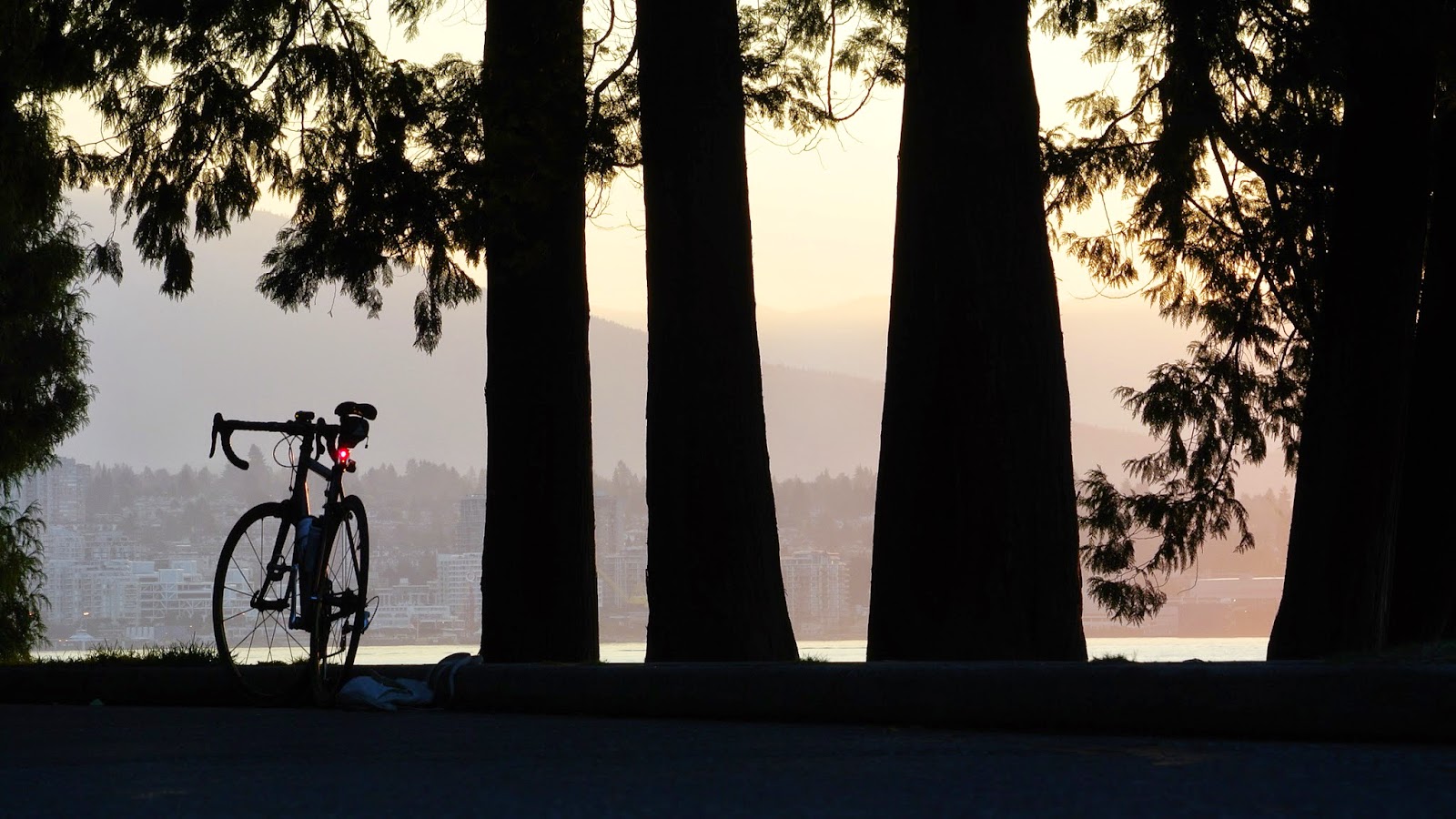 In the capable hands of the next generations, we might just find ourselves on the road to real recovery.  (If we haven't cocked it all up too badly for them.) I'll tell you what, though.  The next time you get mad at me for slowing you down on your way to the supermarket in your massive SUV? Please.  Take a deep breath, consider the real cost of your reliance on those four wheels, and just for a moment, imagine the feeling of freedom you felt the last time you rode your bike.  It can be yours again, you know. 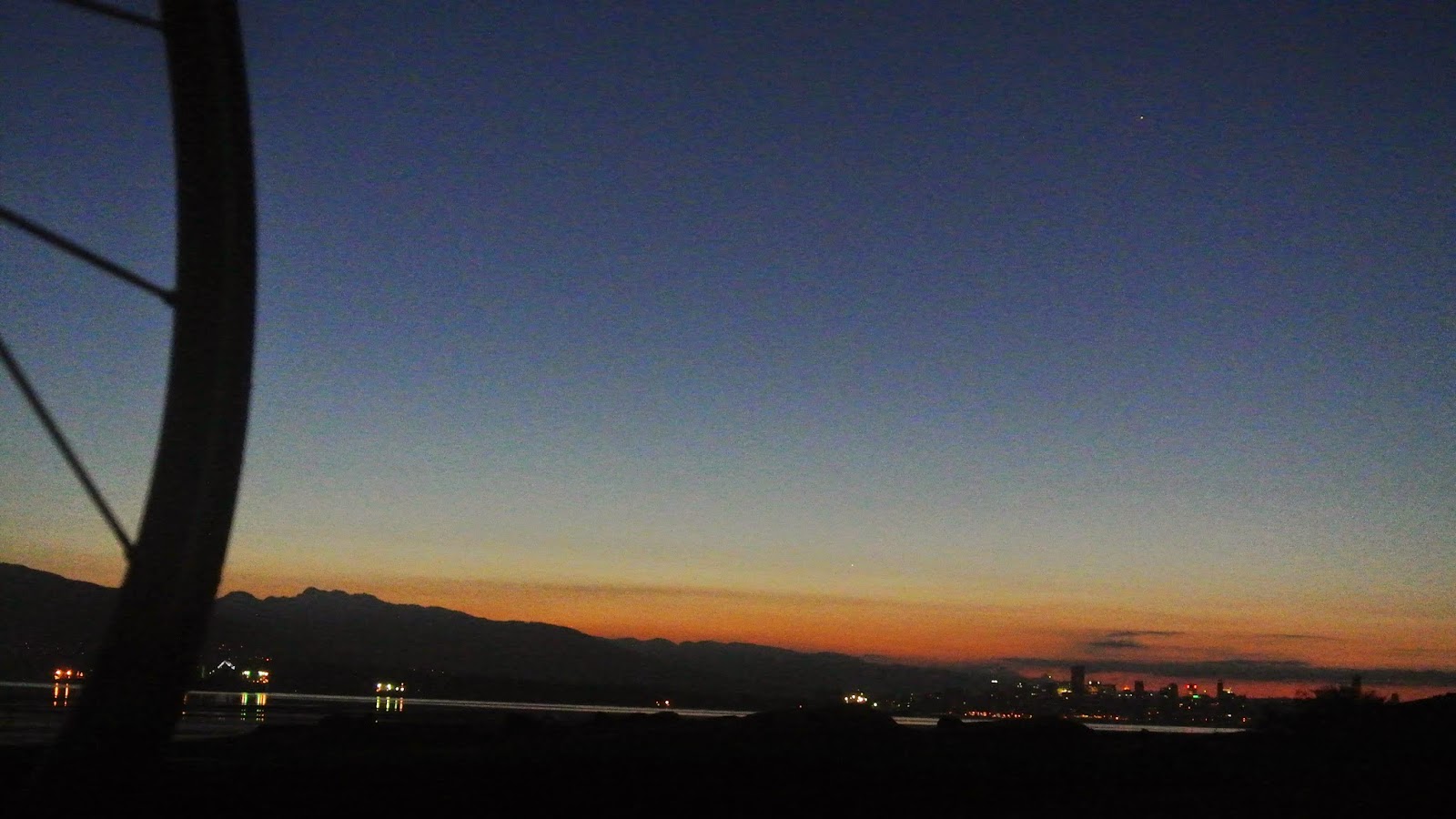 And the day you dare to give it a go might literally be the dawning of a whole new world... c'mon. It's great here in the saddle, really. It feels so good on every level.  Give it a go, even for a month or so. Do it. You know you want to.
Posted by babble on at 05:42