What I did on summer vacation: Hornby Island or Bust

Well, what do you know? Looks like school might finally be back in session next week, after more than three full months without classes! It looked like the teacher's strike would drag on indefinitely, but they surprised us all with a negotiated settlement this week, so this is officially the end of summer. What better time to tell you what I did on my summer vacation...  ready? 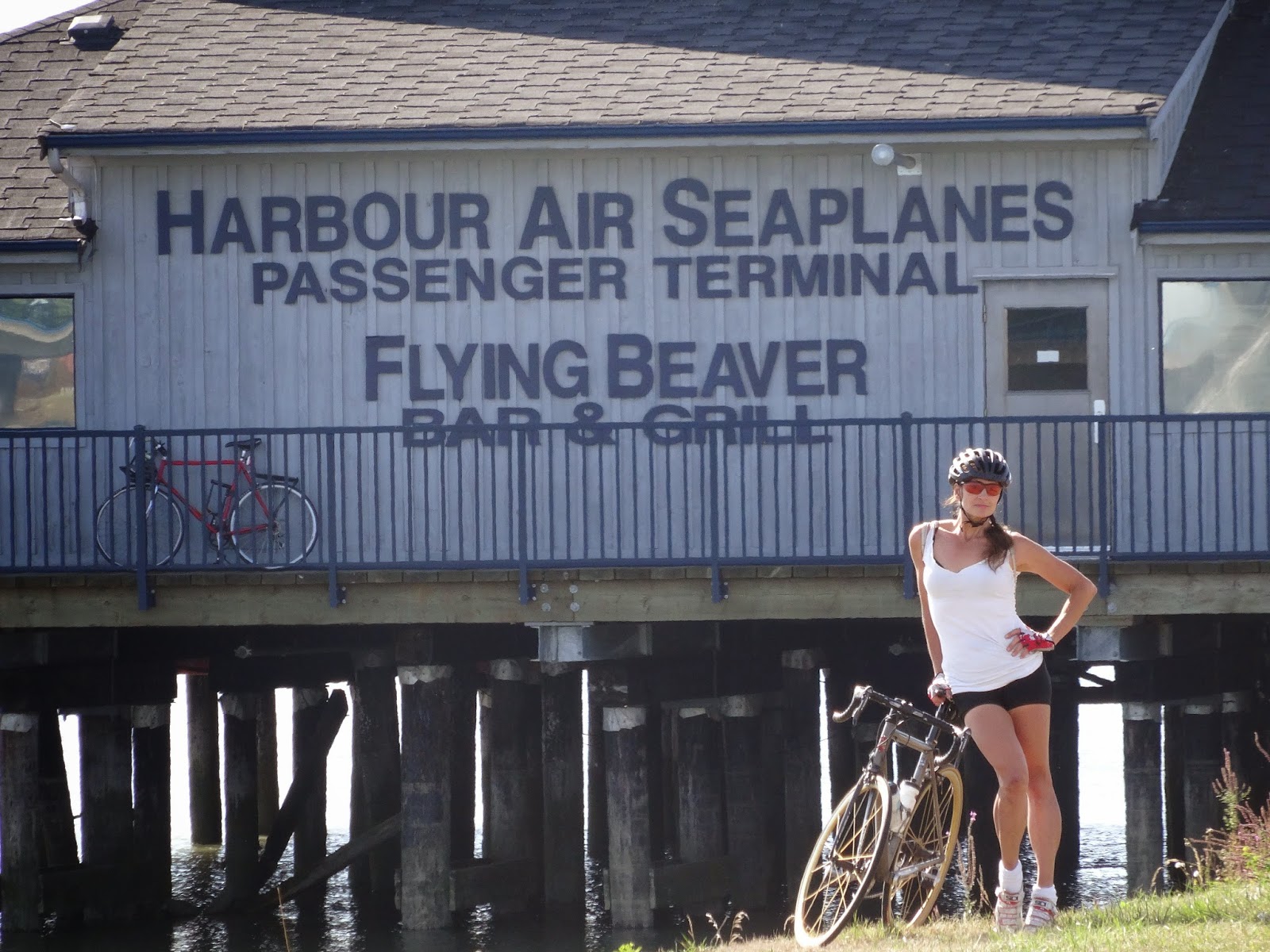 I rode my bike!! Surprise! Mostly we stuck around town, checking out the local attractions.  You know, like the Flying Beaver.  Everyone should visit the Flying Beaver at least once.  So that's what we did.  Then we set out dark and early one morning with our hearts set on Hornby Island. 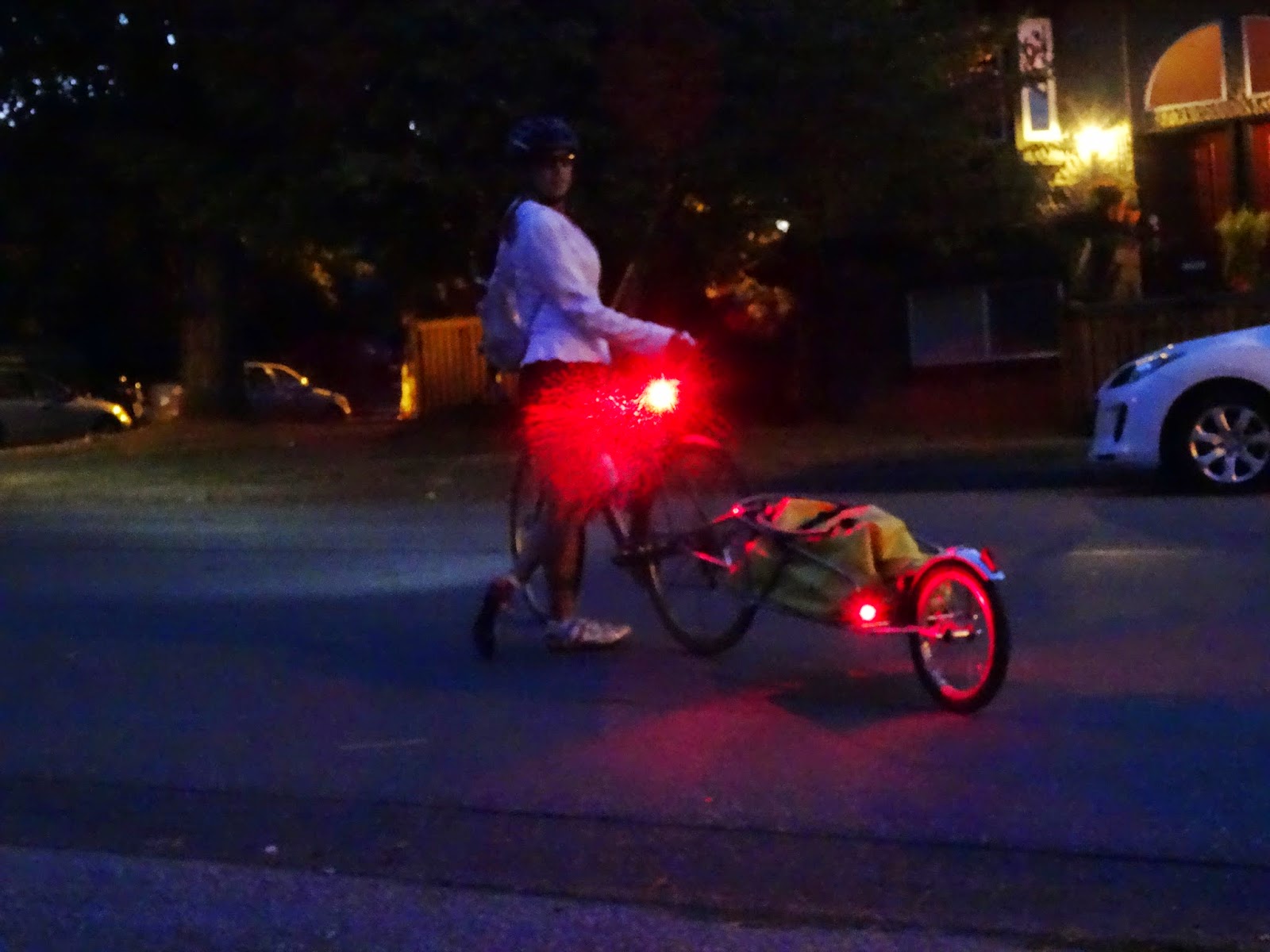 We crossed the Lion's Gate bridge and rode through West Vancouver along Bellevue Avenue to Horseshoe Bay as the sun dawned on a gorgeous new day. 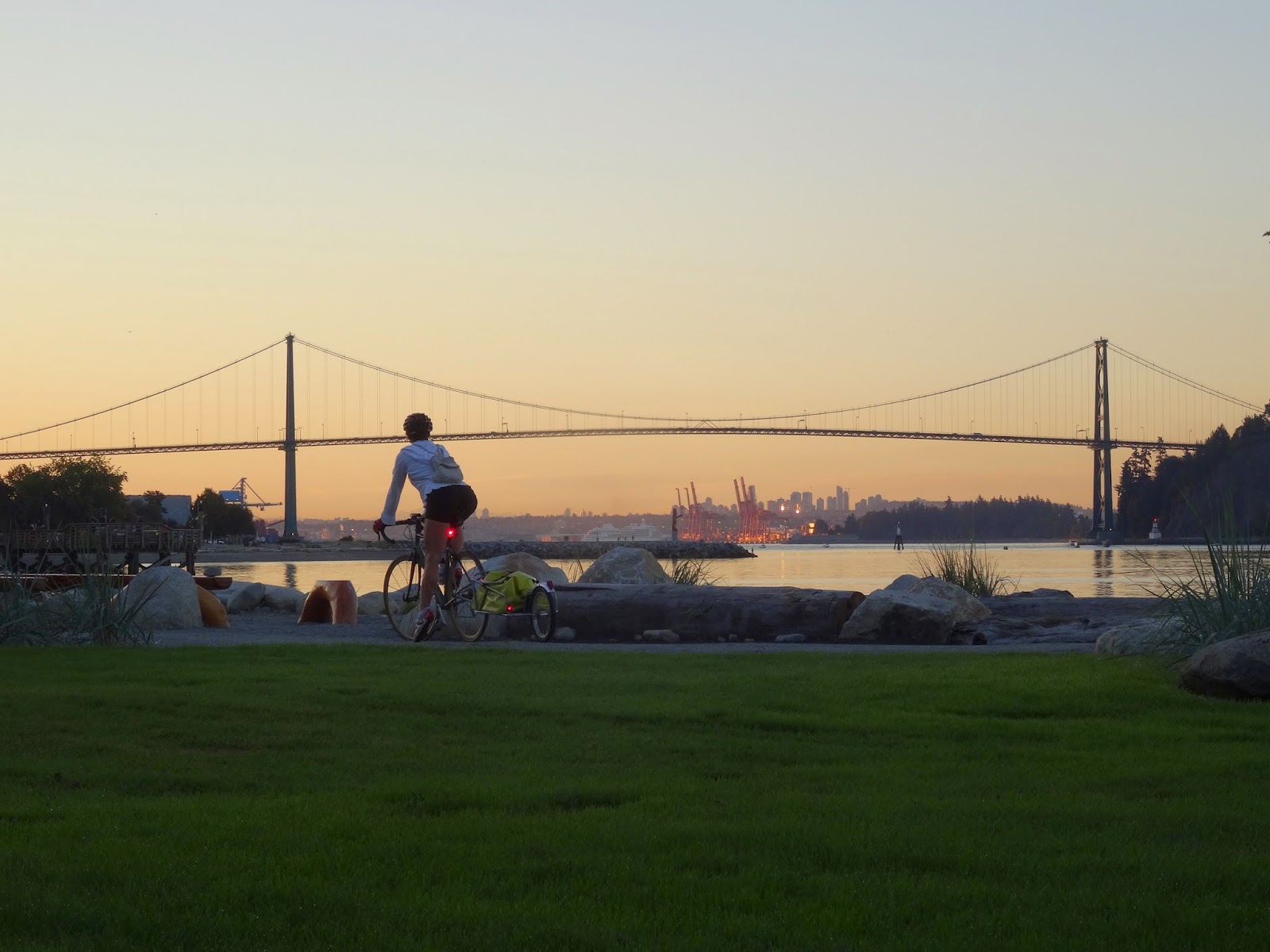 The grass along the seawall in West Van is so lush it's just psilly. 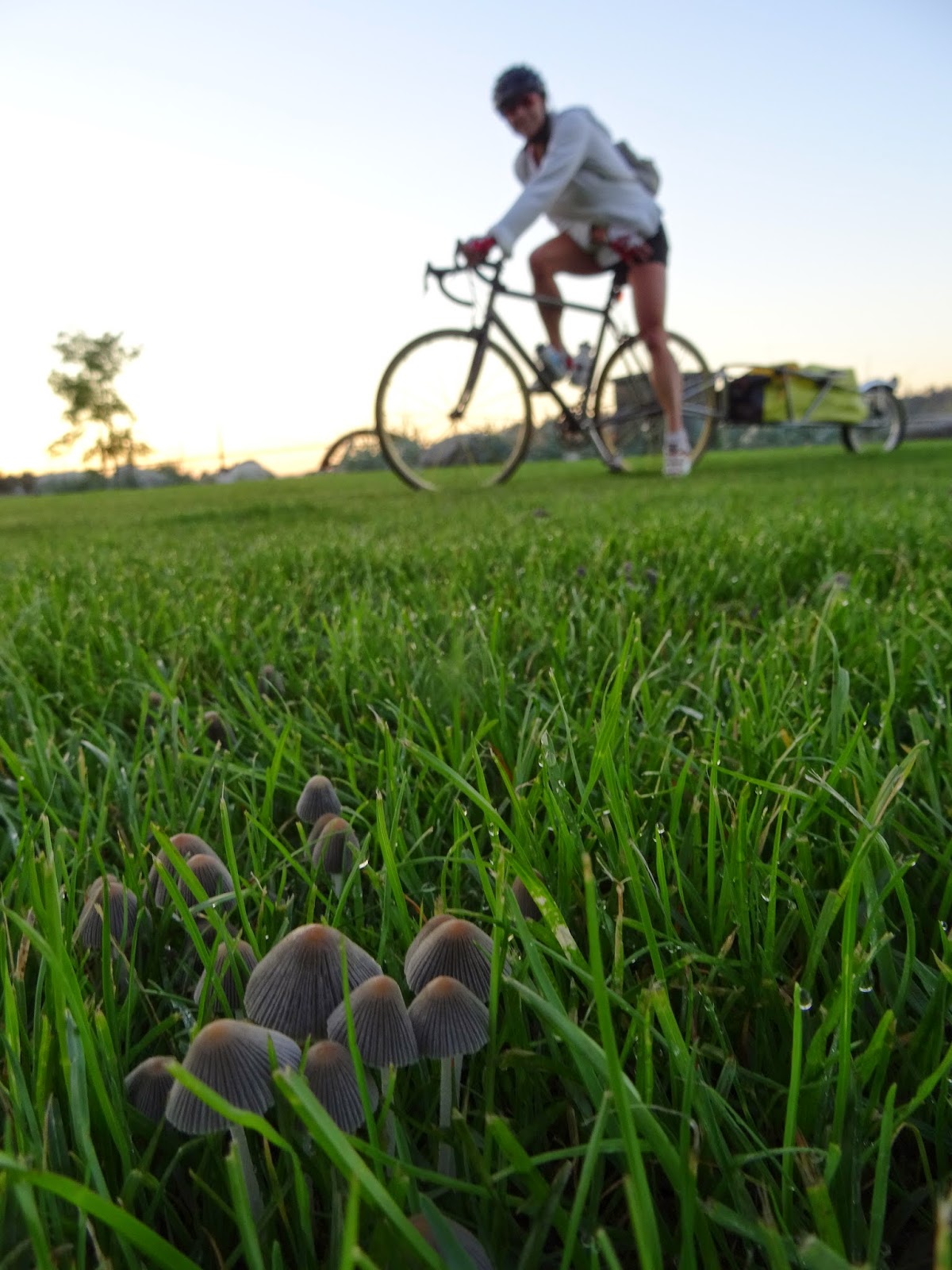 There's nothing silly about BC Ferries, however.  Specially not their new and anything but improved schedules and sky-high fares.  It can't possibly be true, but it seemed the walk on plus a bike price was twice what it was last year. It was certainly substantially more expensive. No wonder the lack of ferry traffic is starting to weigh heavily on several coastal communities. I am sure glad we were paying for neither a truck, motorhome, nor trailer. 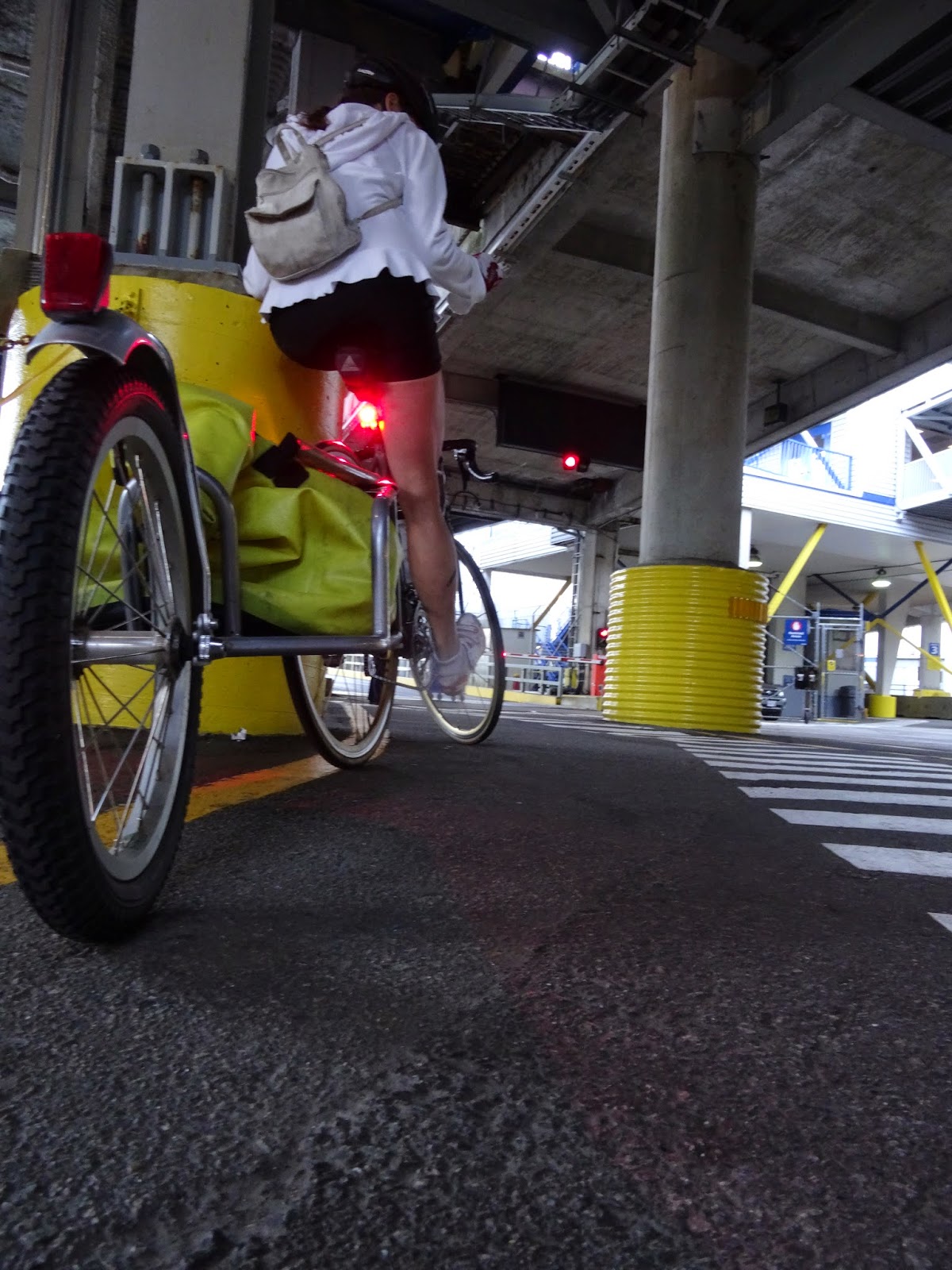 But at least bikes are first on, first off (for the most part). 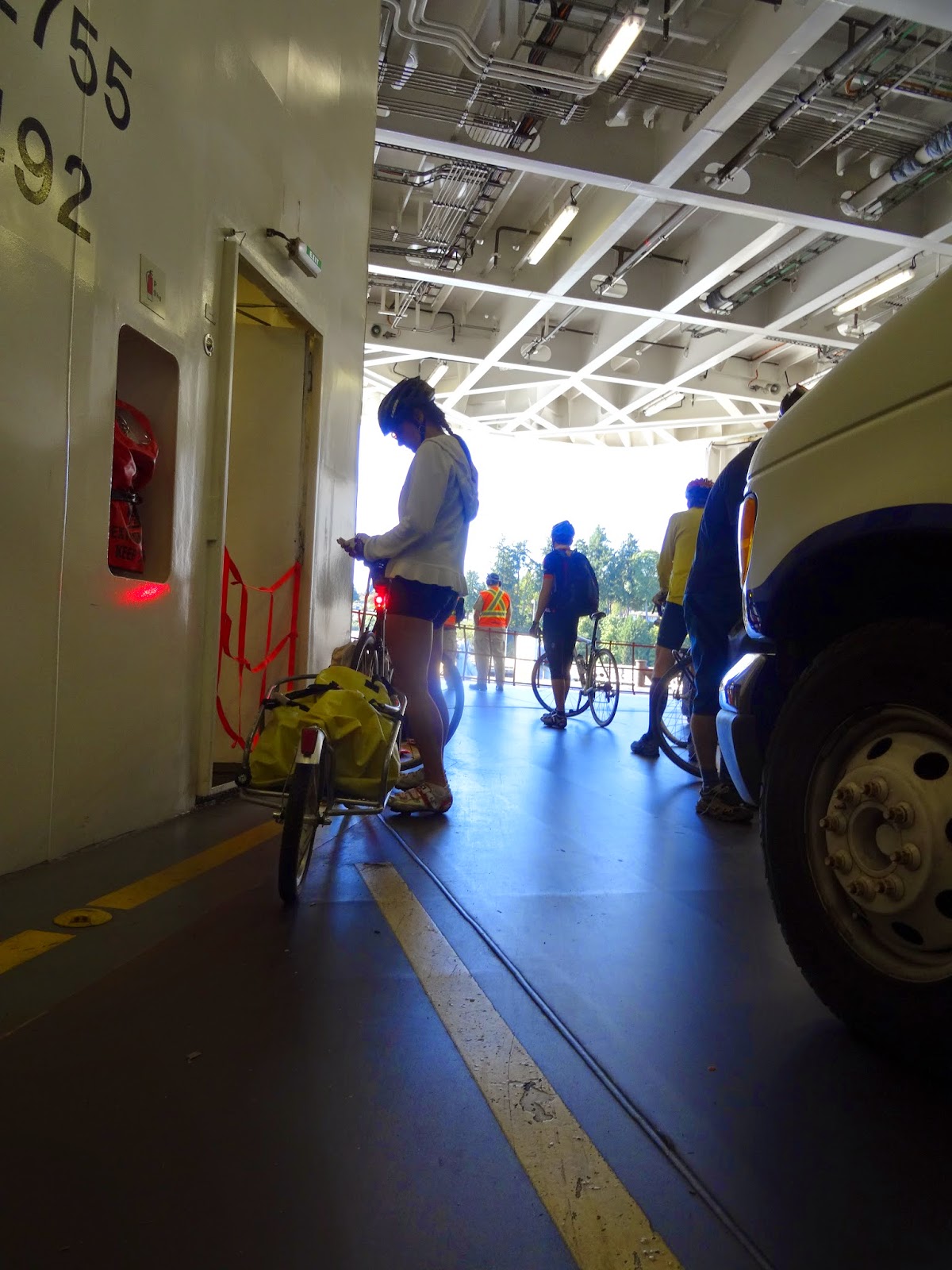 Outside Nanaimo (No-Mind-Oh) we were shooting for the moon, 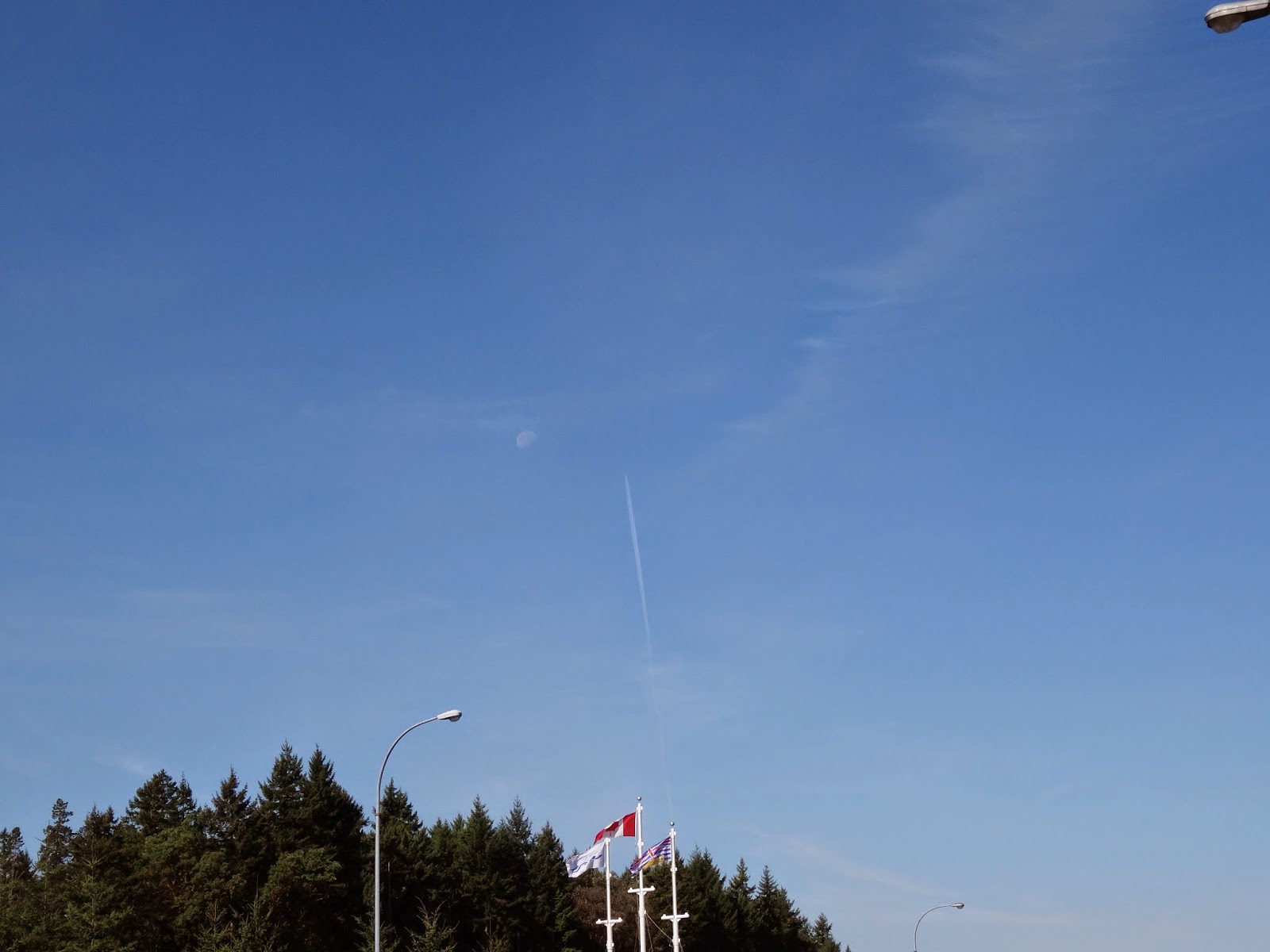 but settling for Sexcessories in Parksville 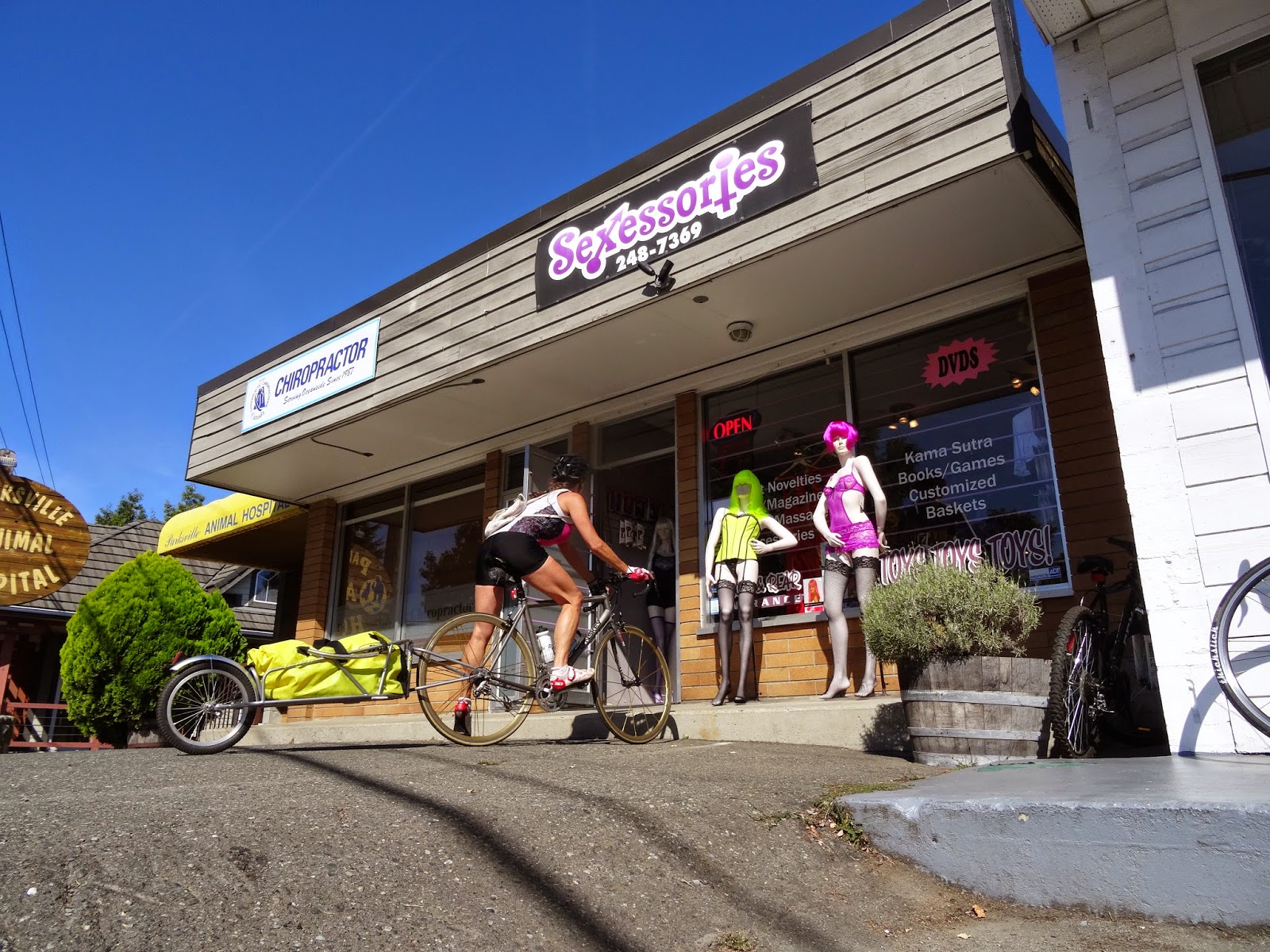 they have both a front AND rear entrance, y'know. 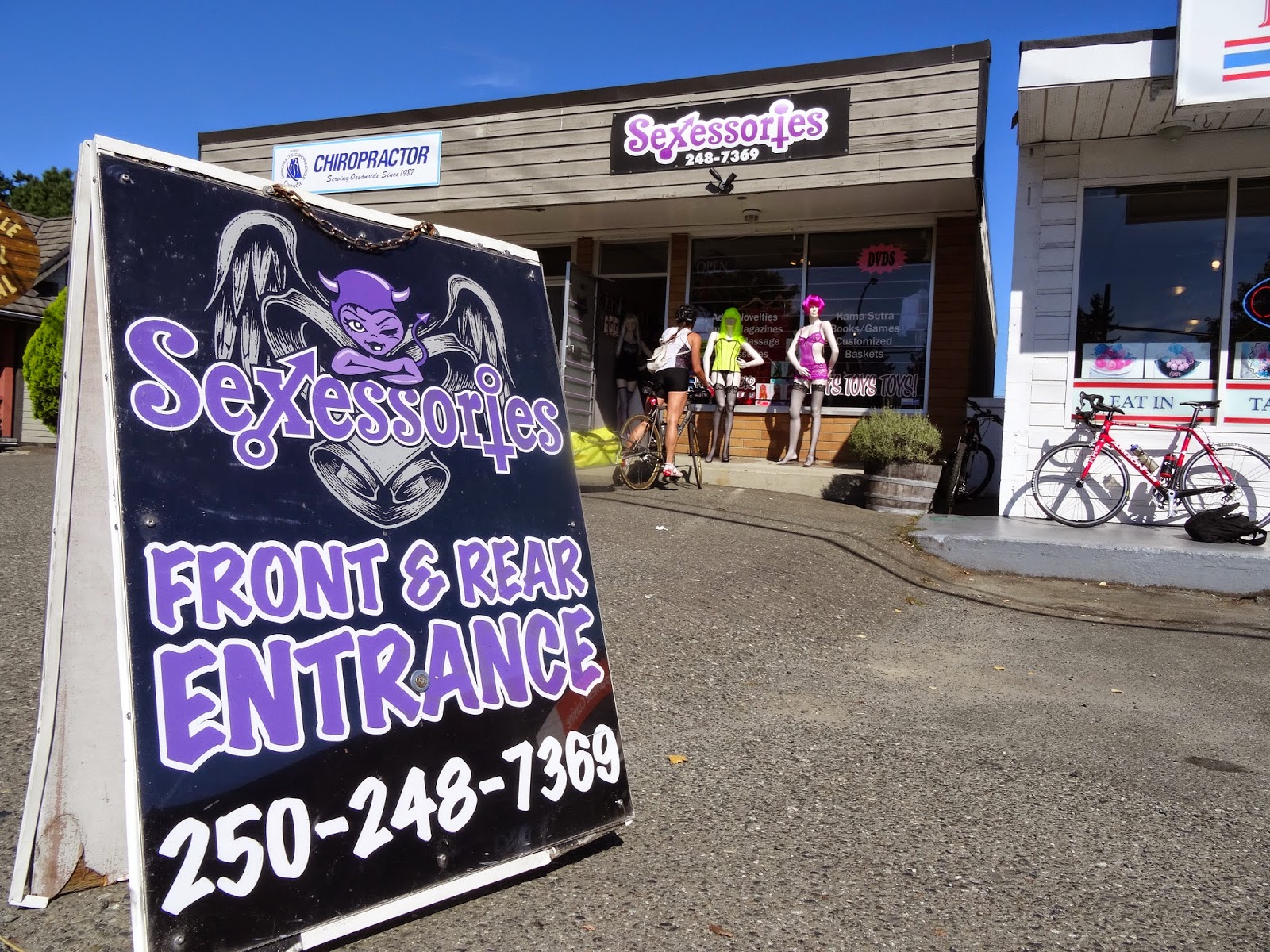 After exploring Parksville we out for Qualicum Beach

You can see Hornby from Qualicum Beach.  It's encouraging to lay eyes upon it. Even with a way to go yet, it's a sight for sore eyes, or at least it is if you've been there before so you know what's in store. 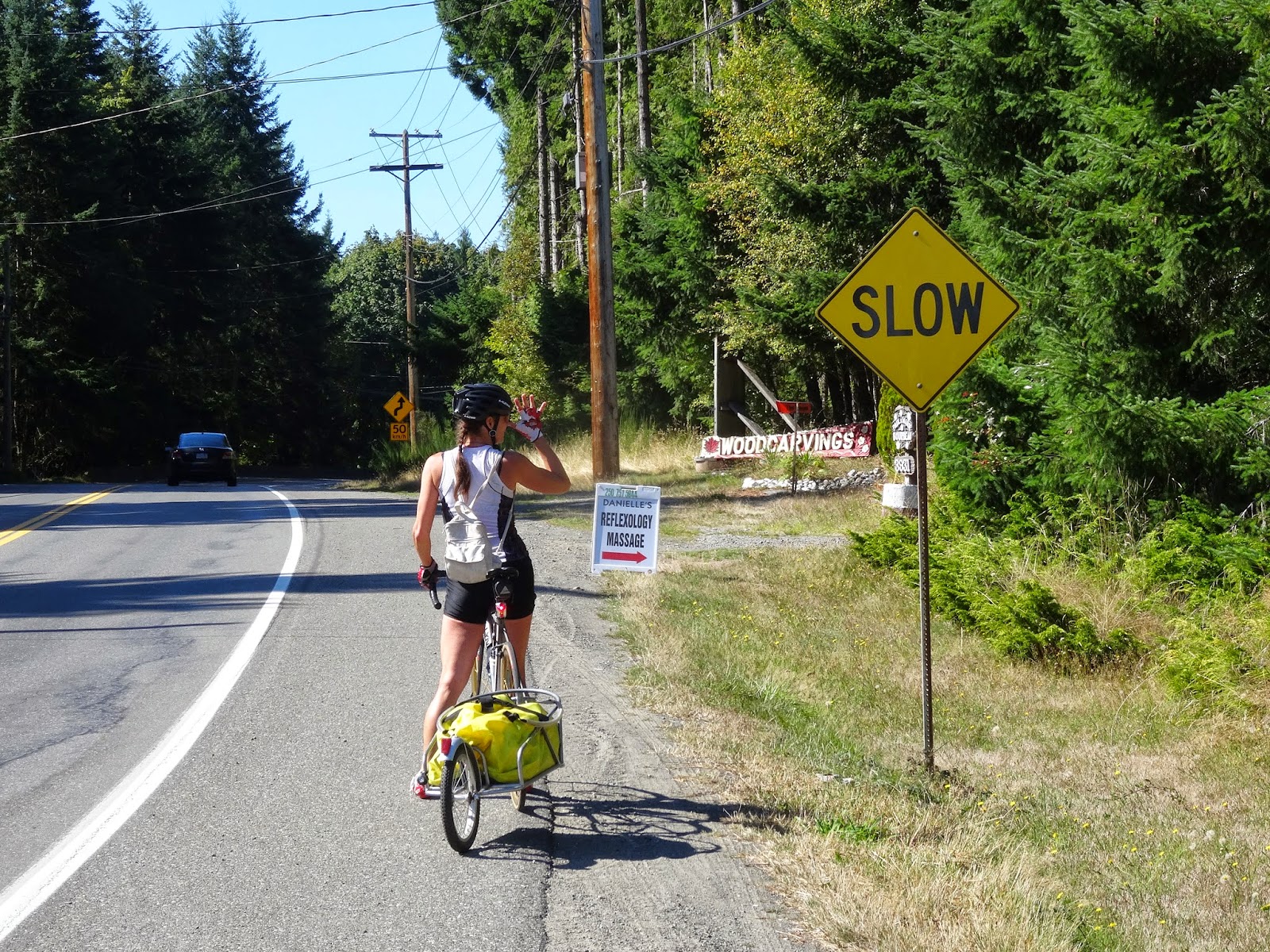 And it really is a looooooooong haul, hauling a trailer all the way 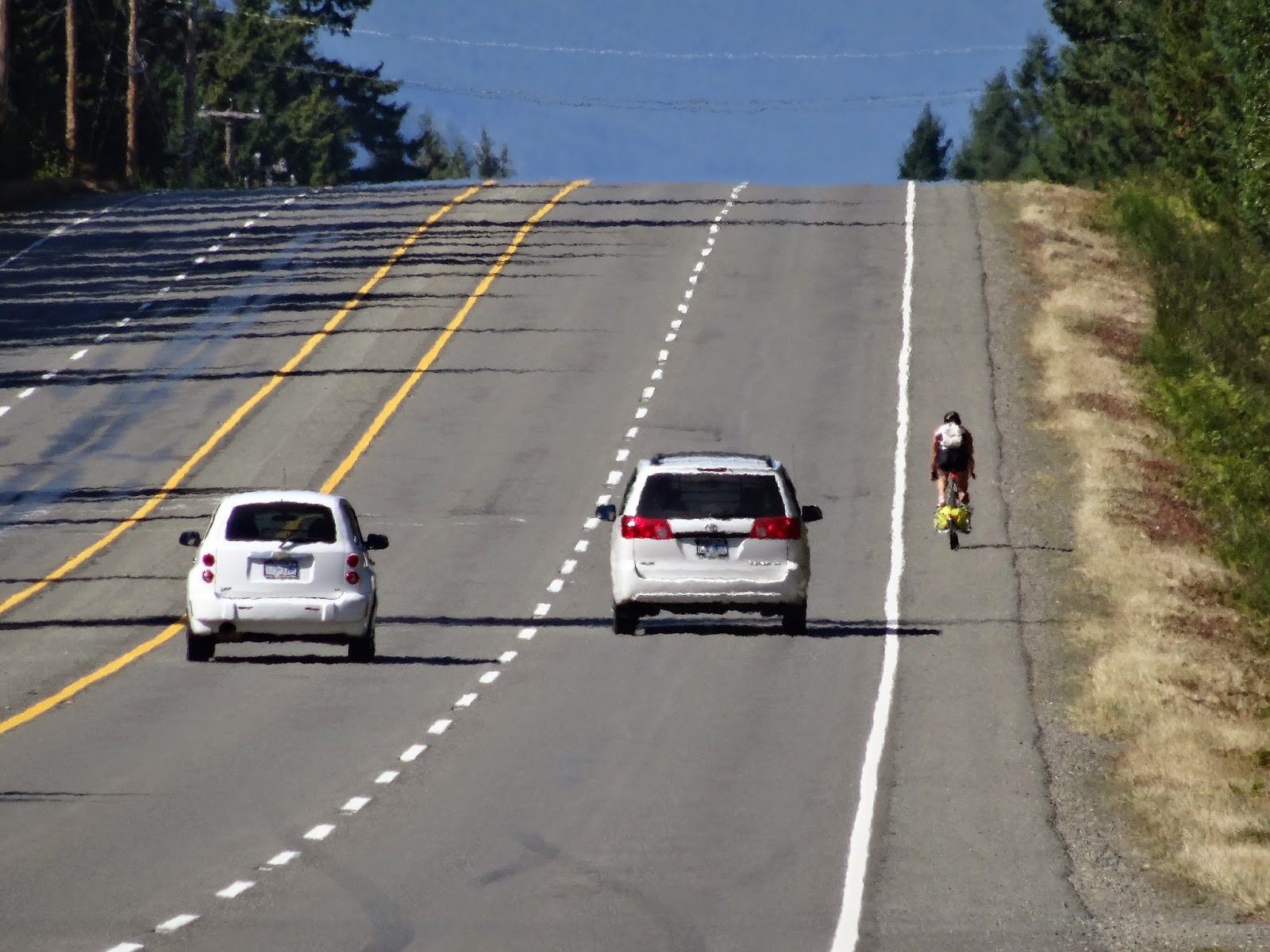 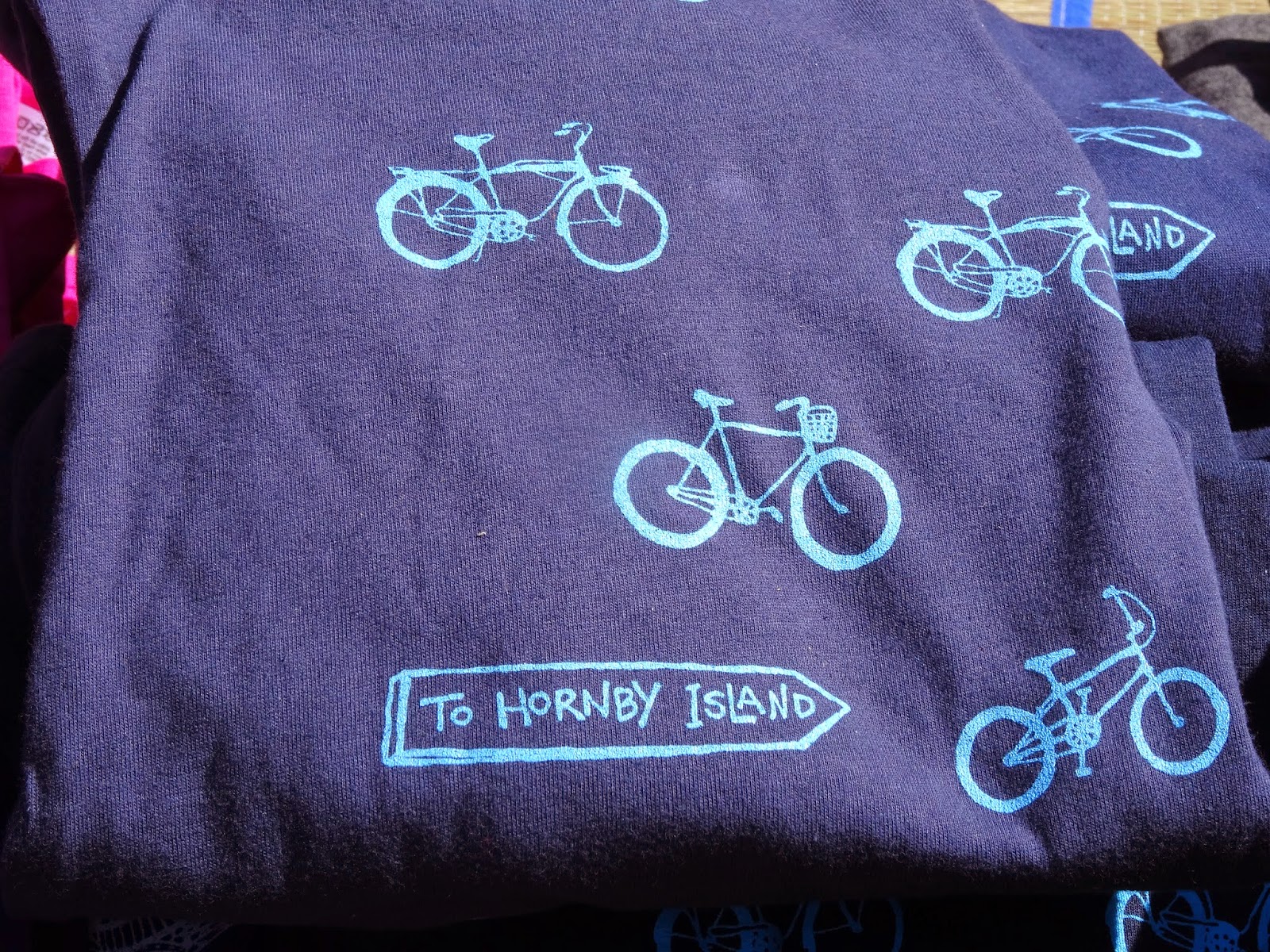 though twelve hours and three ferries further along from our 6:30 A.M. start we did finally arrive safe and sound. 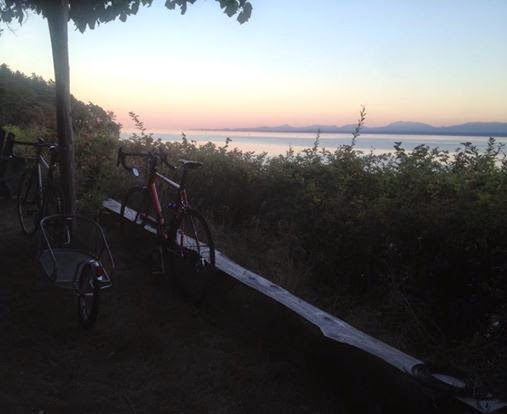 We were only there for two nights and a day, but we definitely made the most of the time we had. We started off the morning with a quick trip to Ford's Cove for a few supplies,

and we couldn't help but notice how the Fall Fair was in full swing.  It's a tight-knit community, this one, and yet we were welcomed all around.

There were a few farmers' peddling there wares 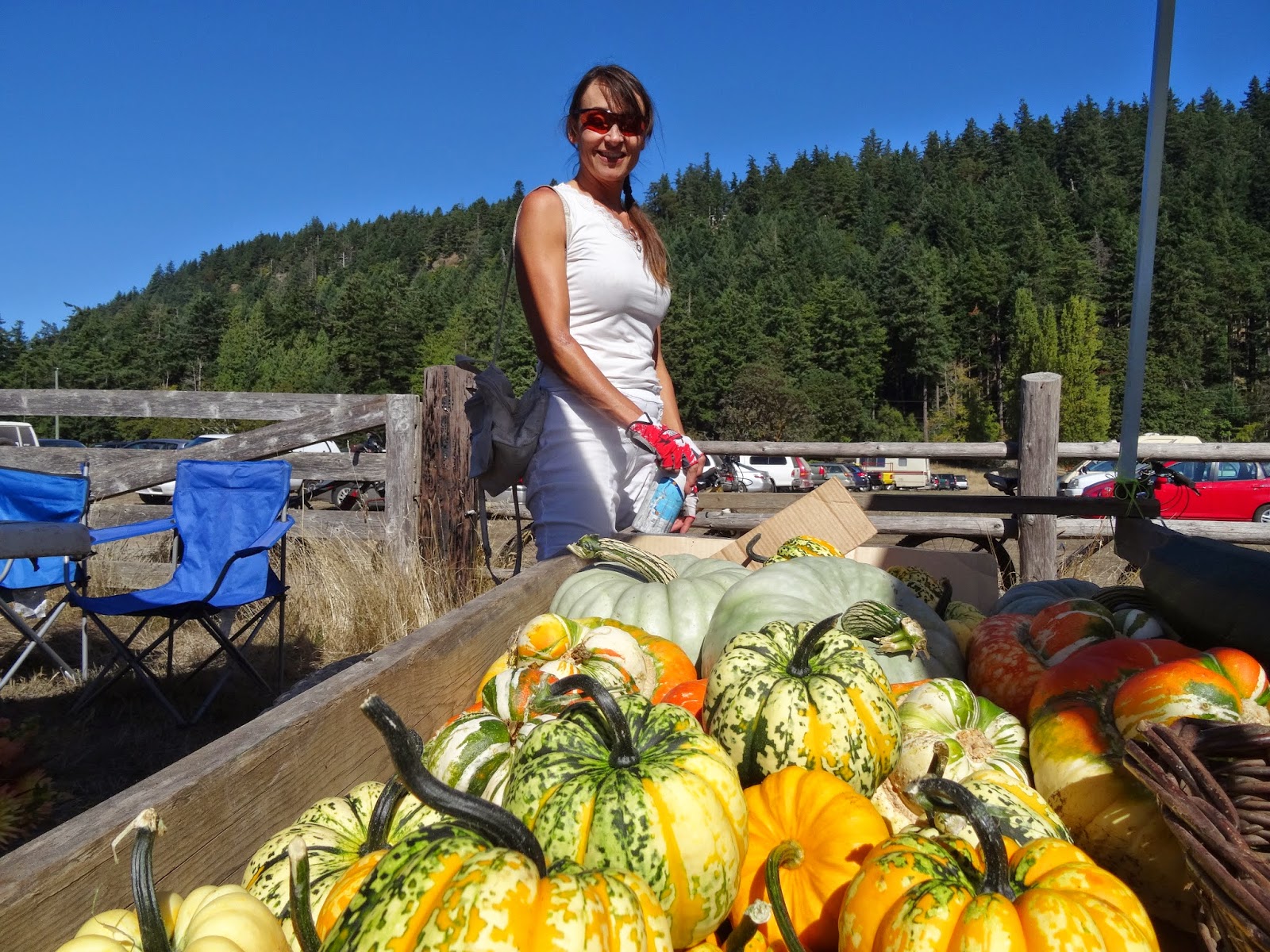 but most of the stalls belonged to artists and artisans.  You could find jams, jellies, and preserves galore, along with jewelery, candles, t-shirts and more. 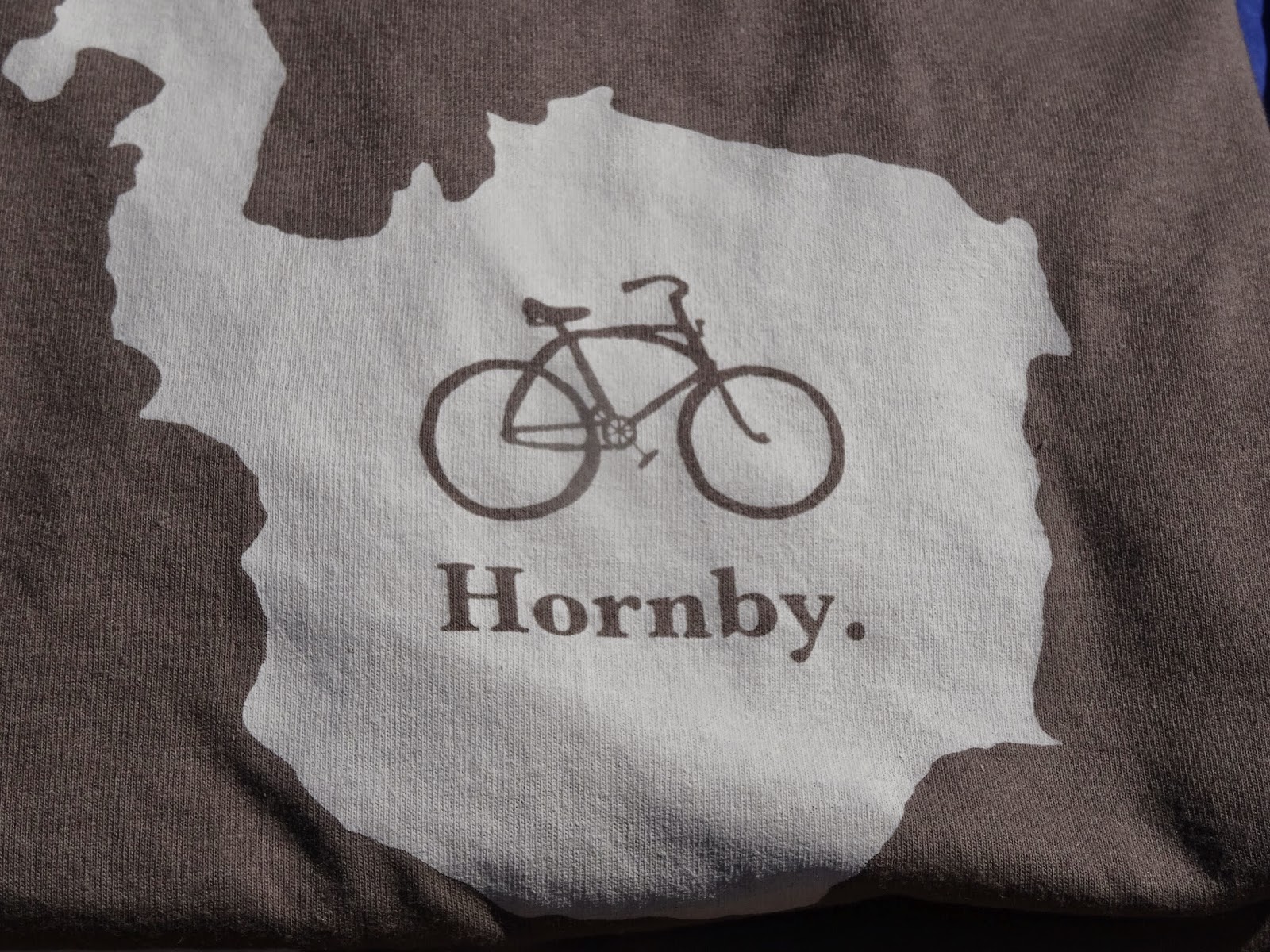 It's a truly peaceful place, 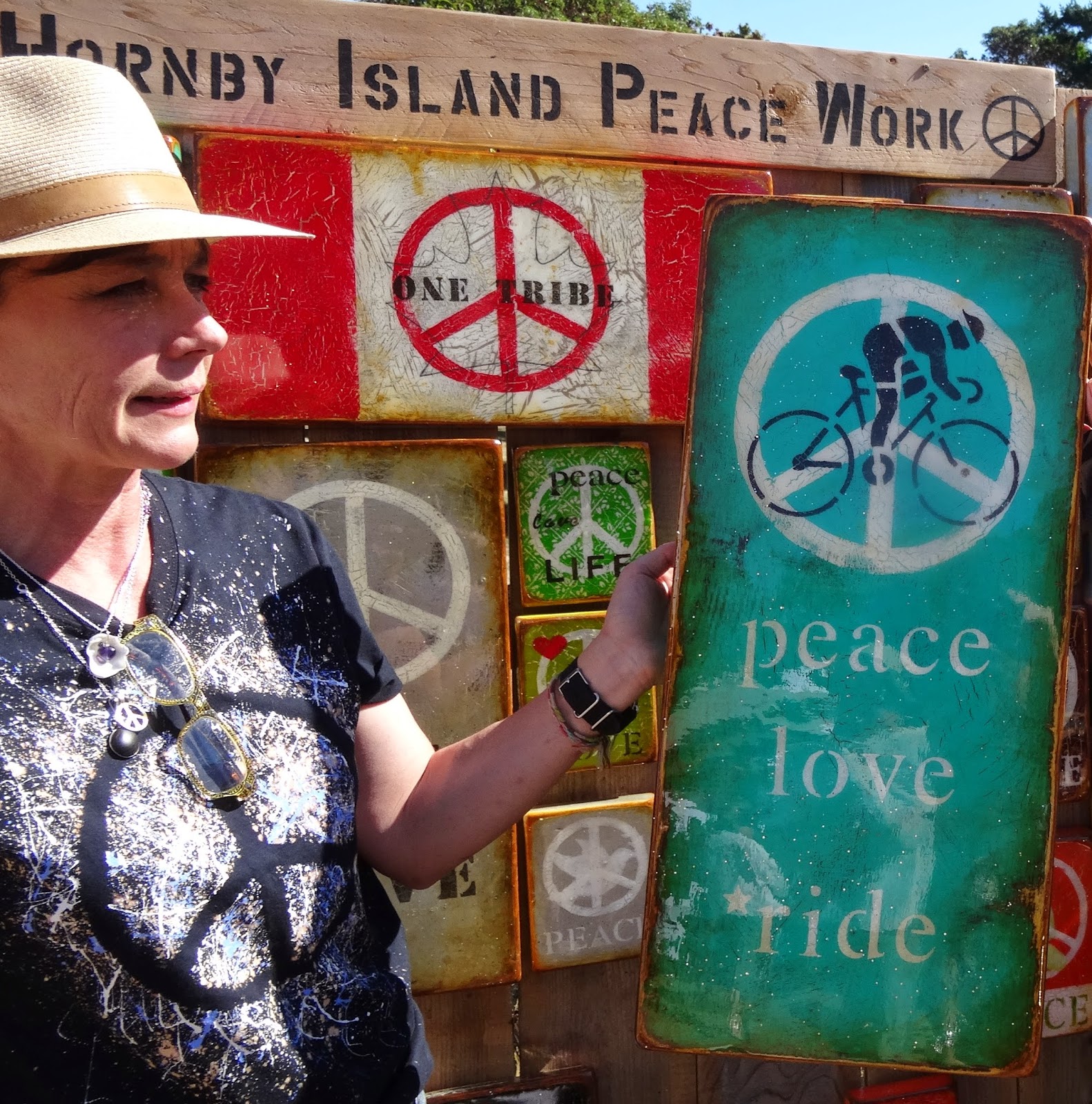 with a remarkably laid-back attitude. 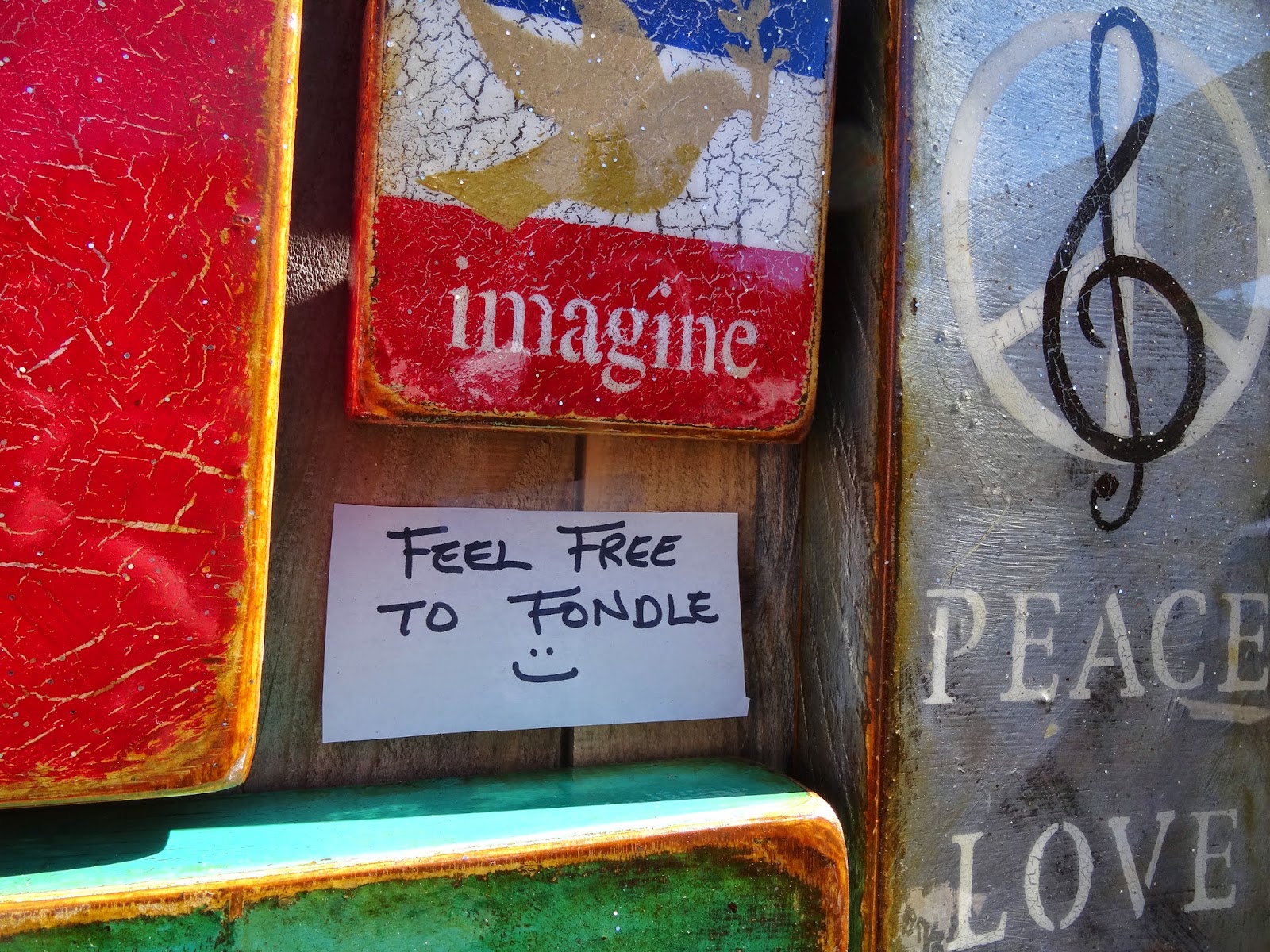 We had lunch at the fair, and then set off to explore the island and its many grapes. 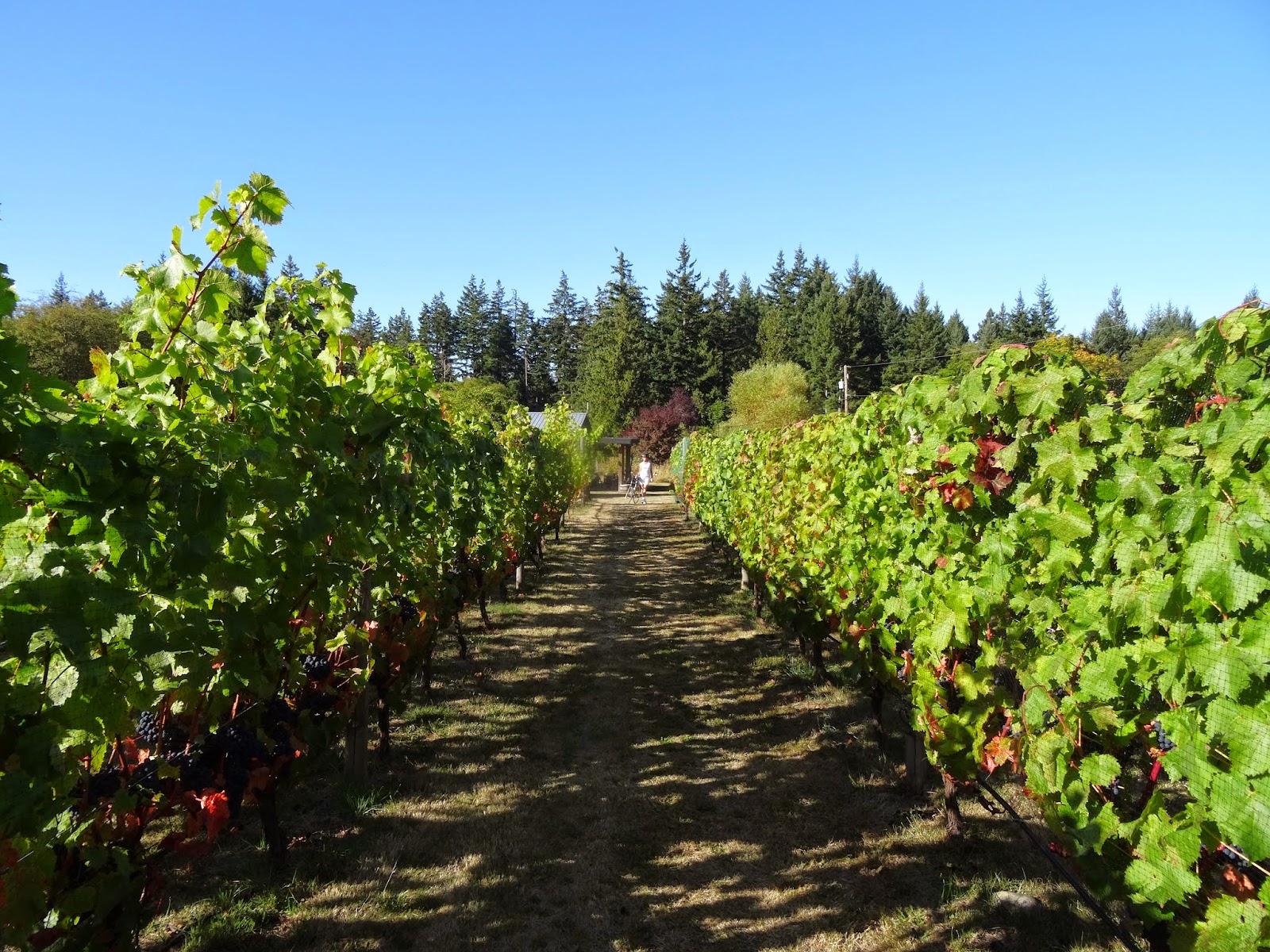 They grow like weeds round here, so you'll find a fair few wineries if you keep your eyes open. The pub by the ferry landing called The Thatch, but it should be called The Vine, cause the deck is covered with them. 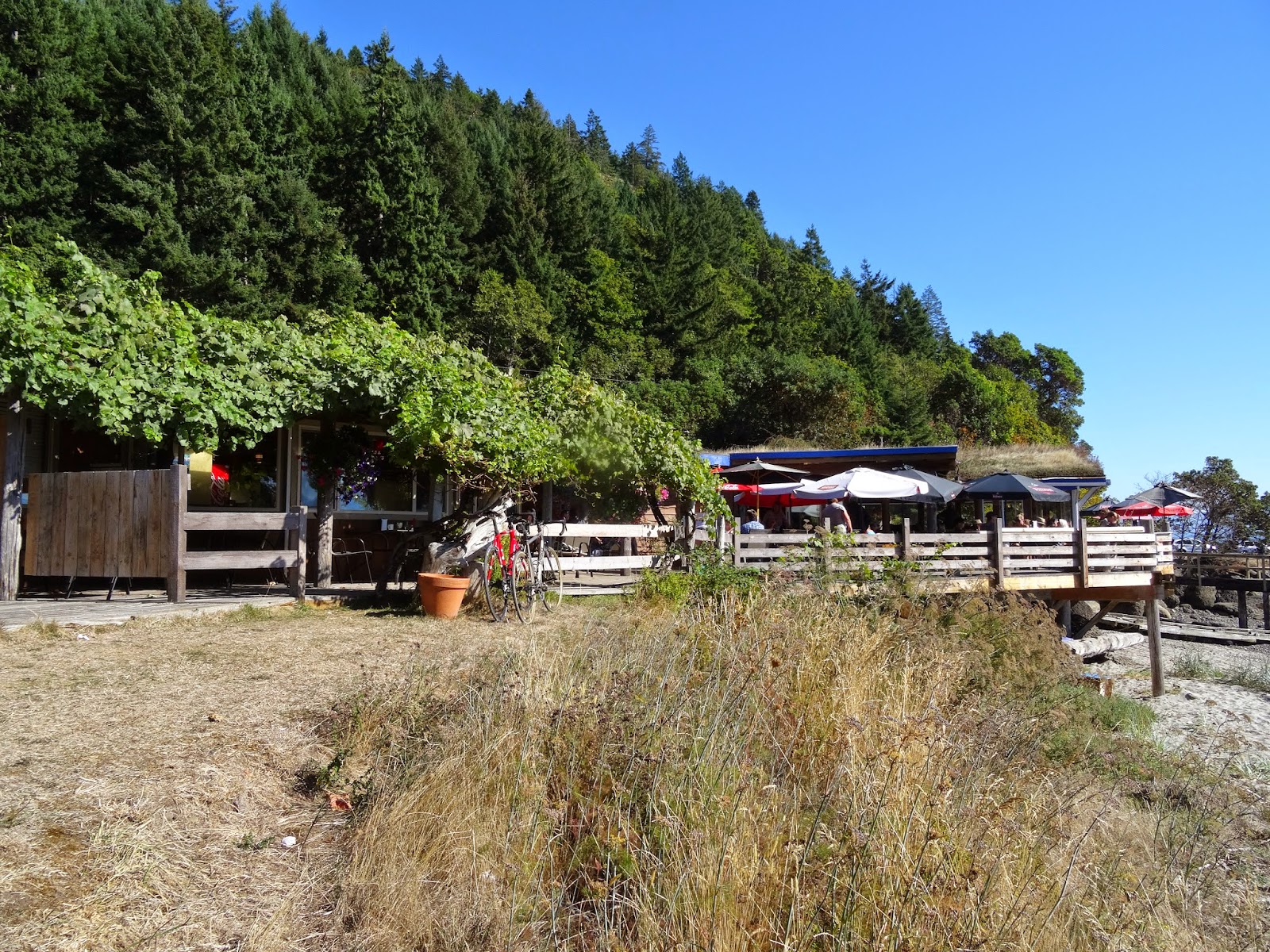 The original plan had been to sail to Hornby from Vancouver, but that fell through, and when it did, we decided to ride instead. Probably just as well, because it was such a lovely weekend that there really wasn't anything in the way of wind. 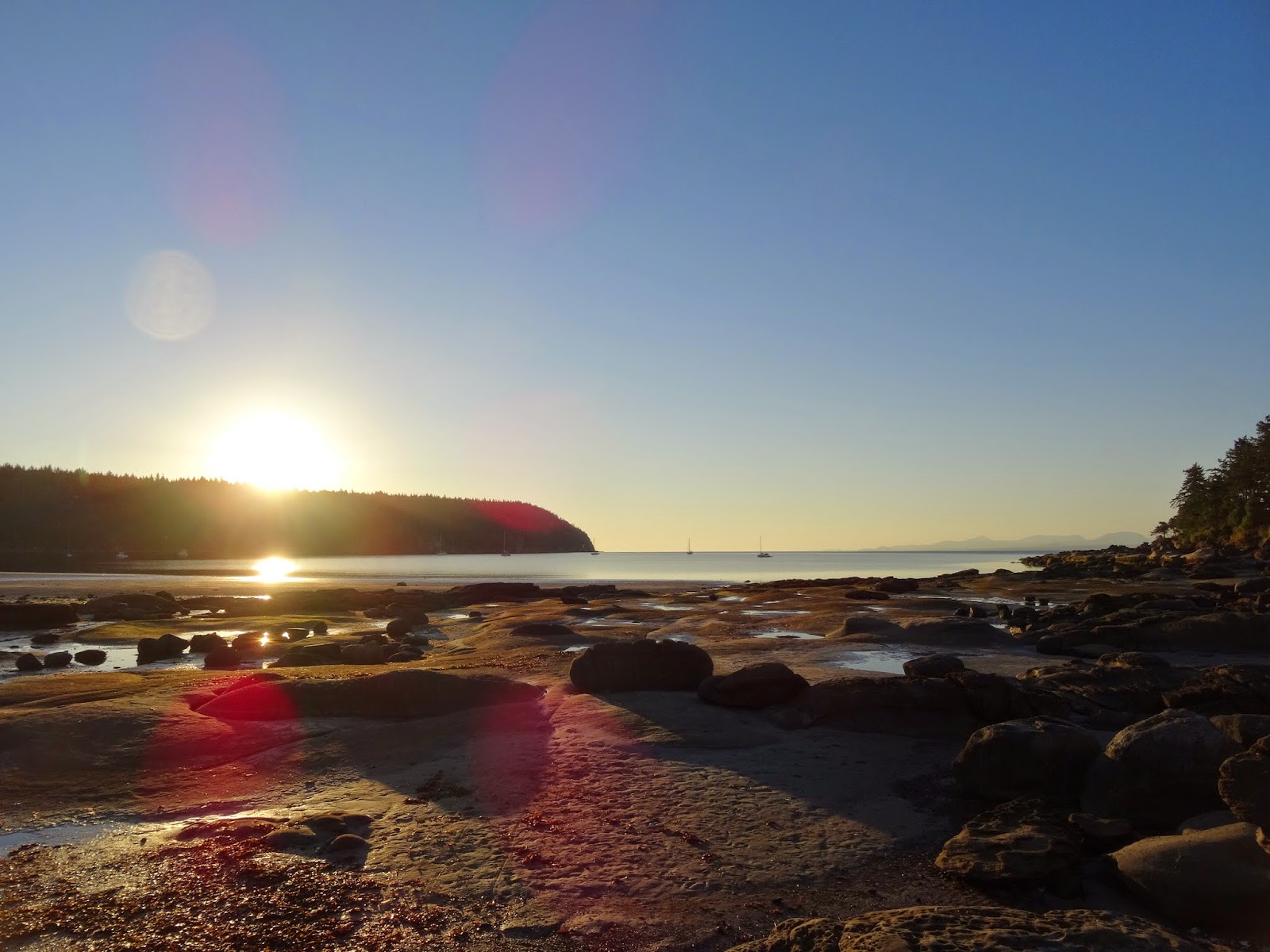 You probably already guessed that I was okay with the change.  My legs like a good workout, and we managed over three hundred kilometers in three short days.  And while a calm, sunny day might make sailing difficult, it sure makes for great shadow play.

I love Hornby for lots of good reasons, not the least of which is its cycling culture.  I fit right in, and that's always a good feeling.

It's one of my favourite places, Hornby, so even though the ferries have become prohibitively expensive,

I will always try to find my way back again.
Posted by babble on at 06:10