May the Fourth Be With You.

You could be forgiven for thinking that summer had arrived in Vancouver. The snow is all gone, and the beach volleyballers are volleyballing on the beach. Oh wait! We never had any snow this year. 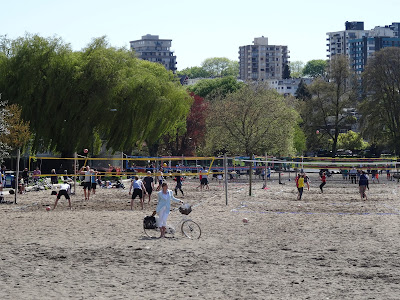 But wait again! Now that the nets are up, now that spring is well past sprung and now that the ski slopes are long closed? Yeah, NOW there's snow on them there hills. 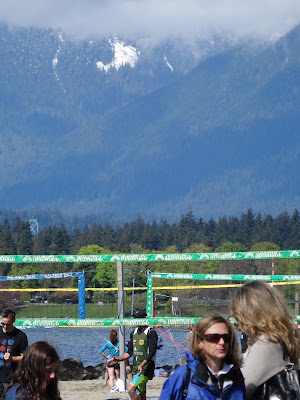 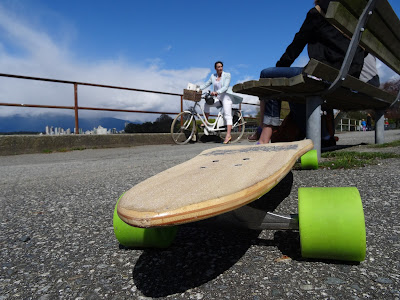 Longboards that were long languishing in condo closets are now prominently present on the promenade. 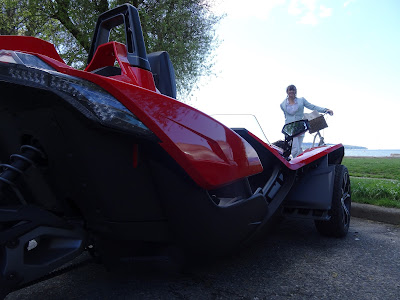 And all of the vacuous vehicles are out on proud display. The owner of this baby might easily have been the guy who offered to buy the Shaugnessy mansion at list price to store his car collection. 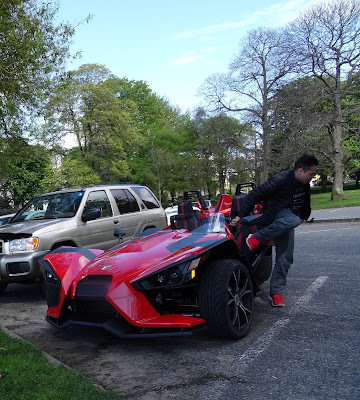 Though I don't think much of his taste in vehicles, you've gotta give him points for matching his shoes to his ride.

And speaking of scoring points... a few people were playing croquet on the lawn, and they had the balls to offer me a drink to join them in their game. How wicket! 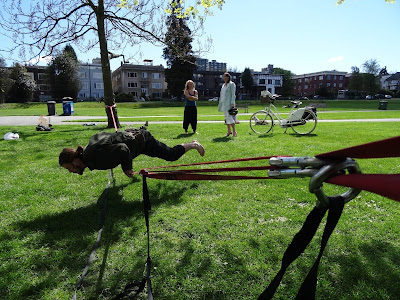 Just a little way away, another group of people tried to rope me into joining them. I TOLD them I'm not a well balanced person, but they were having none of it.

"Just toe the line," they said. "Try and be modest, because pride comes before a fall, you know." 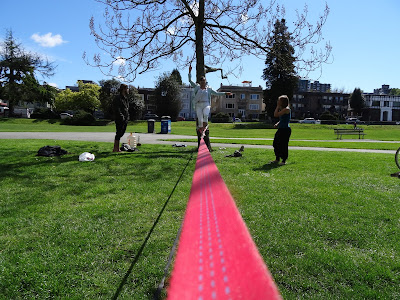 Ha!  Lol!! And don't I know it! Can you think of anyone who's had more experience with falling, except maybe that guy in the seventies... what was his name again? Evel Knievel. Despite all of his falls and mishaps, though, that man had a lot more going on in his head than me, cause he managed to get paid for his efforts, whereas I simply appear to be dain bramaged. 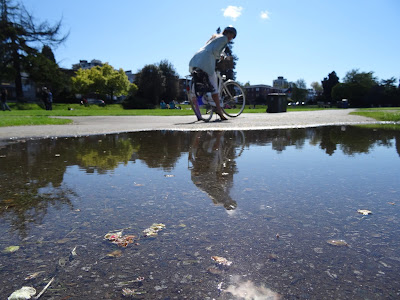 It doesn't take a lot of reflection to see that beautiful weather means that everybody's out doing the things they love most... 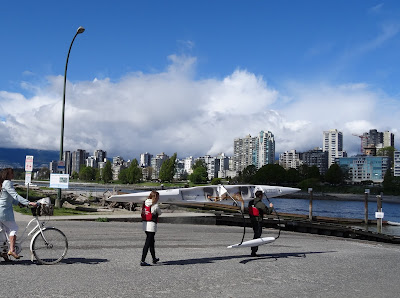 Naturally. Some of us enjoy our favourite pursuits year round, and while some pursuits are winter specific, many outdoor activities are for fairweather Freds. 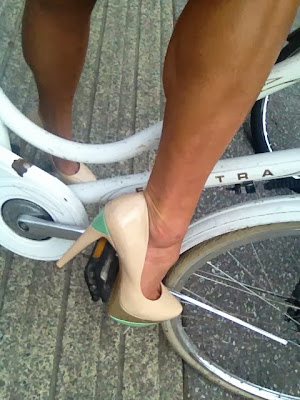 I am committed to riding my bikes year round, because the correlation between activity and happiness is painfully obvious to me, but most people don't see it the same way, and so you will notice an explosion in the number of bikes out and about this time of year. 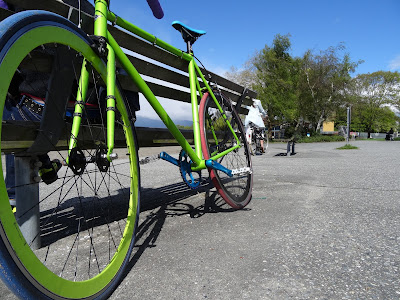 And for many people, bad weather makes pursuing their passions impossible. After all, the Inuit might enjoy a paddle in icy cold waters, but most people prefer to have feeling in their limbs. But now, with the warm sunshine's arrival, the outrigger canoes and the dragonboats are freed from their winter hiatus. 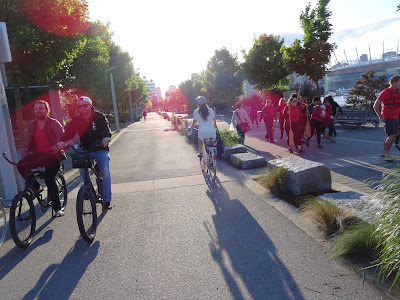 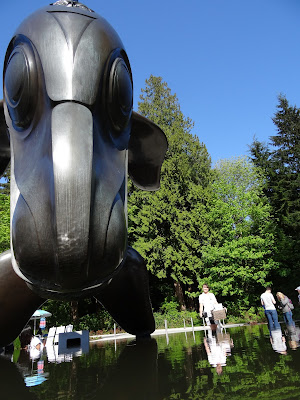 It might not be strip-down-to-your-bikini-and-sit-on-the-beach weather just yet, but the signs of the season are everywhere. It's funny. No matter how happy you might be to see the days shorten toward the holidays, that's a feeling that quickly wears off, because everybody loves a warm, sunny day. 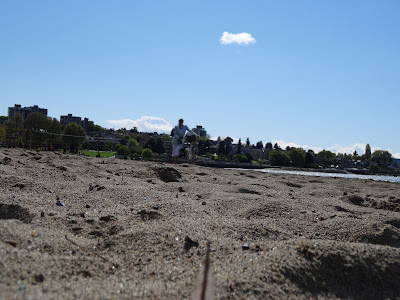 Wouldn't it be lovely if every day were ripe with the promise of an endless summer in front of you? Don't scoff, but anything's possible, you know. Canada has just created its first "Dementia Village" based on the Hogewey project in Holland, where dementia patients live in a true to life fantasyland, a protected, sheltered, staged small town which simulates ordinary life, even as it keeps them safe and contained.  I want to live there now!

If I lived in a dementia village, I might be able to forget the truth, which is easily and conveniently summed up thus:

And upon further reflection, there is no-where I would rather be than with my head firmly buried in the sand. Between the wholesale destruction of our natural world, and the criminal undertakings propping up the global financial arena, this particular Monday the Fourth of May is a dark day indeed, despite the bright sunshine and the approaching summer season.

But maybe you can see a light at the end of the tunnel - maybe you know something which has completely eluded me...? Is there a solution to the crisis fast approaching which my poor, addled brain has completely missed? If so, please do let me know. In the mean time, I need to seek some peace of mind, so you'll find me on my bike, pedalling my way to a place of serenity, and praying for an answer.

May the Fourth Be With you, dear friends, because sooner than later, we're all going to need it.