Rocking her holeyness on the daily grind.

It's true. A lot of people might not give a dam, but it means the world to beavers.  Sure, you can point to other issues like a global bacon shortage, millions of missing barrels of maple syrup, and a minor financial meltdown, but we're talking beavers here, people.   Everybody loves beaver. 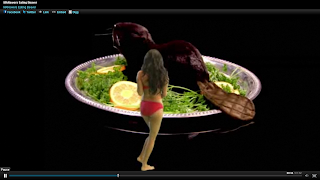 Have you ever noticed that the defining feature of a beaver is its tail? (spike)

Here's an age-old question you may or may not know the answer to...  Can Catholics eat beaver during Lent?  Sage, venerable and trusted purveyor of fine news, photographs, and information in the digital era, Spike, says that when missionaries were "assimilating" the original North Americans, the pope decreed beaver a fish so that the good peoples of the first nations wouldn't starve during lent. 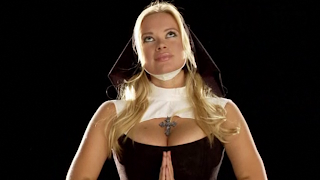 There. That was a bit random, for sure, but you probably didn't notice because I mastered random ages ago. You didn't know it at the time, but you were just party to a feeble attempt at Search Engine Optimisation. Obviously, I know nothing about the subject whatsoever, but I do know that some very interesting key word searches are happening out there in the ethosphere, and this was my first lame attempt to capitalize on a few of them.

There's a bit of serious business to take care of first:

Further to last week's post, there are two things to mention, thing one and thing two:

A kind and lovely reader took me to task over my choice of descriptors, and asked me very politely to please remove it from my lexicon because it is "clearly pejorative in meaning."  He's right.  It is, and as I was using it to describe myself I used the VERY BEST word I could come up with.  I thought I had made the stooopid  thing up all by myself, but the good reader disabused me of that notion by letting me know he found it on-line.  This left me feeling conflicted. (You may be drawing the conclusion that either my ego knows no bounds, or else I am naive and sadly dim. You would probably be right on both counts.)

Here's THING ONE:
I am very sorry if I have offended  you.  I do want to make people question their own presumptions, but no malice is intended. Toward anyone.  The word I used was mutard, and for sure it is a very pejorative word.    Trouble is, ol' clever clogs here can't think of another word with which to replace it.  If you, dear reader, can think of something which performs the same function and which doesn't cause offence, please do share.

Oh, and while we're on the subject of you, thank you kindly for wandering through these babblelogs. You've already demonstrated that you're tolerant, forgiving, understanding and open-minded, just to have come this far. Either that  or you're just twisted like me.

And you have a great sense of humour.  Thank you for humouring me.

Which brings me to THING TWO, (and two horrible pictures, too):

If words easily offend you, maybe it's best you stop here. This post, and indeed most posts, will probably include plenty of words which a good many people find offensive. As noted before, I write under the caveat that I'm likely quite mad.  Apparently I'm passing it on... 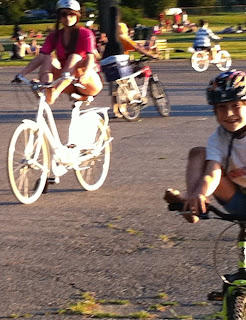 but as a defining feature, it suits me... 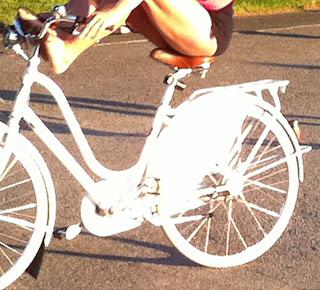 I told you they were terrible photos.

Where were we?  Oh yeah! I learned a great new word. It's a good thing, the changing, ever evolving nature of language. Words are the umbilical cord to our Zeitgeist, the flavour of our times. One might even go so far as to say that words are the defining feature of our entire civilization. 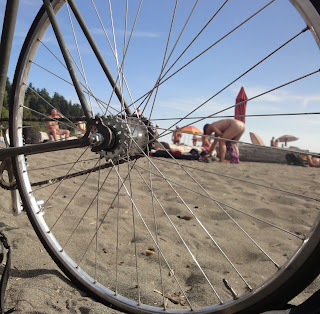 "O RLY?" you might ask, before you point out that there are, in fact, three horrible photographs.

Really. Words bring us together. What if I were to tell you that I am absolutely exhaustipated?  You know right away that it means I am waaaaaaaaaay too tired to give a shit, right?? So later on when you hear "I'm exhaustipated. There's no clean laundry, so the boy chose his clothes from his floordrobe," that kindov makes sense, too, doesn't it? You see? Now we've shared something, we belong to the same club.

I love all the wonderful new frankenwords out there, like frenenemy and mantastic, or any and all of those important manswers you'll find on Spike.  It's like healthy GMO. There are an infinite assortment of new words coming to light these days.  Mostly they're fun, but as much as some words bring us together other words drive us apart.  Like mutard, and cunt, except mutard really is a horrible, pejorative word, whereas cunt is simply demonized.  It's taboo.

Cunt is supposed to be the most vulgar and profane of all words, but that's madness. We all come from one.  Life itself starts with the most magical act of all - making love.  Of course, the blessed orgasm goes on down there, and most of us are born through that place, too. You'd think it would be held sacred. It pleasures, it creates, it eliminates - it's pretty hard to have a civilization without it, and yet we pretend it's the worst thing ever.  Ever.  WTF??!

Oh, and it bothers me that fuck is considered bad form, too. The great Wiki says that fuck, which quite possibly originated thus:

"from the Old High German word pfluog, meaning "to plow, as in a field." This is supported in part by a book by Carl Jung, Psychology of the Unconscious: A Study of the Transformations and Symbolisms of the Libido, in which he discusses the "primitive play of words" and the phallic representation of the plough, including its appearance on a vase found in an archaeological dig near Florence, Italy, which depicts six erect-penised men carrying a plow."

...is the third most taboo word in the English language.  What's the silver medal word?

You can understand how someone might say "Oh shit!" when something goes wrong, because poo is by nature, well, it's self evident why it's so crappy, isn't it? And please don't talk to me about how it's good luck to have a bird poo on you, either. That's a lark.  It must be the great, white egg-like helmet I wear, because three times this year - THREE! - I've been the target of those avian swooping poopers, and the first time  was a real shitstorm.  I was covered in it from head to toe.  If there was any luck in it at all, I'd have won the world's biggest lottery by now. 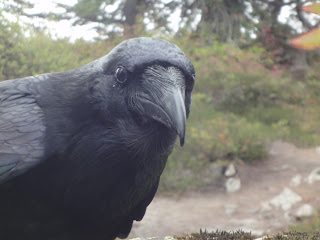 You can also understand someone crying out to God in alarm.  After all, who hasn't silently prayed to the almighty for help when things got tough?  It's not second nature.  It is our nature.

Why are all of our favourite things so abased? On the other hand, why does something as perfectly evil as Monsanto start with Mons? It's all wrong. Venus is the Goddess of love, and Clitoral Hill is a heavenly place.  Can I share something with you?  One of the reasons I love to ride my bicycle is that it helps awaken and raise Kundalini.

You might be thinking "Oh here we go...she's one of those yoga wing-nuts,", and again, you're  right. I am definitely a yoga wing-nut, but please hear me out anyway. Kundalini heals. It is the same thing as chi or ki or holy spirit or higher power or whatever word your culture calls it, and when you learn to work with it, everything is possible.  It is a piece of the phenomenon Deepak Chopra refers to as Quantum Healing. My body has been through the wars.  I have a strange mutation, as mentioned last week, and after falling from a great height one day, I spent quite some time in a chair,. and yet despite all that, my bike and my kundalini practices make me stronger than ever before.  Actually, don`t listen to me. Here`s what someone who actually knows a lot about kundalini has to say:

Throughout the annals of mythology and spirituality, the devi - Kunti - (the Yin/Shakti opposite Yang/Shiva) has taken many forms and faces; some of these are translated accurately, others are not. Many have become owned (over time) by some cannonisation, doctrine .. or set of dogmatic rules.

Wholeness and the first separation

At the deepest and most primordial, Yin and Yang .. deva (he) and devi (she)  are the first separation but, they are never separate. In Hindi, she is Shakti (or Kunti), he is Shiva.

In Canada, she is Beaver, he is wood.  They are sometimes separate, but in the end they are one, and life is better when they are together, anyway, don't you think?  Add a bit of kundalini powered sex drive into the mix, and it gets waaaaaay better.  You don't believe me?  Check Wiki's take on it:

Kundalini awakening results in deep meditation, enlightenment, and bliss, and sometimes to a state of constant, or whole-body orgasms.

Did you catch that?  Hard to miss, isn't it... a state of constant, or whole body orgasm. You're with me now, aren't you? As if enlightenment and bliss weren't enough.  You see now why I call it the bike path to world peace, don't you? Soon as you start pumping away on your bike, you're rocking the Kundalini, baby. Don`t get me wrong.  You can`t accidentally turn it on, and you can get hurt if you go off half-cocked, but riding your bike is always a moving meditation anyway.  There is tremendous potential in meditation.  Make the most of the moment...  ;)

You're moving, you`ve got endorphins, dopamine, seratonin, all your happy drugs. (As you should, by the way.  Happy is your natural state of being.) Riding a bike works better than prozac and all the rest of those nasty seratonin re-uptake inhibiting drugs.  You're happier, you're fitter, you've a much cuter defining feature, and ba-da-bing you're having more sex.  More sex means you`re floating on oxytocin.  Sweetest little drug ever.  It's the love drug.  People with lots of oxytocin floating around are actually better people.  They are kinder, more loving, more honest and trustworthy, and they perceive others as kinder, more lovable, honest and trustworthy.  You know where I'm going with this:  "It's the bike path to world peace..."

If you haven't yet, please do get the fuck on it.

Ok, I've been holding out on you.  It's time for the unveiling of my new favourite word.  I hope you will welcome it into your vocabulary as warmly as I do into mine. Are you ready? (Drum roll please!)


Cuntipotent: one who possesses all powerful cunt magic.  :D
Isn't it beautiful? 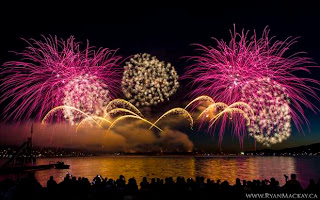 When I grow up I want to be cuntipotent so I can make sure that beavers everywhere have all the hard wood they want. 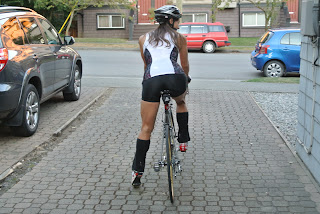 That way, when I die, people will point to a happy planet, and call it my defining feature.
Posted by babble on at 00:55