The reckonings... time to tally.

The US Postal Service is in sooooo deep that  more than just their stamps are taking a licking.  They're going to have to go looking in every nook and cranny for cash now, and it doesn't take much genius to figure out whose door they're going to go a knock knock knocking upon first, does it? Nothing the man can do, though. He'd have to be richer than God to save them.  Show's over. The fat lady is in her dressing room, sipping champers.

Canada Post, on the other hand, has always been profitable, or at least it was until last year, when it locked out its employees whilst simultaneously investing many hundreds of millions of dollars in state-of-the-art processing plants clear across the country.  Sure, letter mail volume is down, and that's a good and inevitable thing, but with the advent of online shopping in the Ebay era,  parcel post volume is way, way up.  As the world's biggest consumers, Americans, are most certainly making good use of all those wonderful new opportunities to shop.  So why is the US Postal Service going the way of the dodo bird, then?  Is it a moral bankruptcy?  Is it another instance of institutionalized greed making a right proper mess of everything, or is it that it's just TOO SLOW?


Nothing a little EPO won't fix.I'm guessing they know some doctors who could help....


It's the case of The Disappearing Mail.  It's also a sign of the times.


Know what my favourite kind of sign is?  The kind that tells me I'm right.  Like when scientists "discover" the very same things I've been going on about for yonks.  I did a little happy dance when I saw the cover of this month's Flare magazine, with its caption:


You heard it here first, Ladies and Gentlemen, though independent corroboration is always nice.

I love being right.  The article goes on to explain that women need good sex, not just any sex. I've always figured THAT was a human thing, not just a 'woman thing', but the scientist who conducted the research came to the conclusion that despite how beneficial sex is for all of us, a woman's body will choose no sex over bad sex. Um...

Well, knowledge is power. Now we know what the problem is, we can solve it.  People simply need to be having BETTER sex, and plenty of it.  (Remember, it takes 10 000 hours to master a skill so be prepared to put some time and practice into it.) Oh yes.  And even though I may not remember what happened yesterday, that doesn't mean I fell off the turnip truck yesterday. I know where this conversation is going. Sooner or later you're going to say "Yes, babble, but we have overpopulation issues. We can't just go having tons of great sex and making babies all over the place."

Aaaaand what do you know? You're right.  We can't.  That's why teenage pregnancy rates are at an all time low across all ethnicities,  and why they are declining rapidly.  That's why US birth rates have hit an all time low, too. It might have something to do with how quickly male sperm counts are declining, don't you think?  Since 1940 they have fallen by half, and rather than alarm everyone by pointing out this fact to the world, the WHO has chosen instead to lower the benchmark "average" to reflect the new "normal." It really is a case of The Disappearing Male. This does not bode well for the survival of the human race.


Growing healthy bodies isn't exactly rocket science.  In fact, healthy is your body's natural state, and it's surprising just how good it is at healing, and being healthy.  The human body is capable of remarkable acts of healing. Just ask Lance, right?  I don't care how many pharmaceuticals it took, the fact that the man went from a critical situation where his very life hung in the balance, to being one of the most powerful endurance athletes the world has ever seen is a bloody miracle.


But bodies do that. They heal, even miraculously, sometimes. Specially if you give 'em a chance.

How do you do that?

Pretend you're the proud owner of  a great big pair of brass ones, and dare to change the way you look at things, that's what.  You were the first sperm to get inside the egg.  You're a winner.  Act like it. (Not my line, but it's good, isn't it? I'd attribute it, except I can't remember where it came from.) 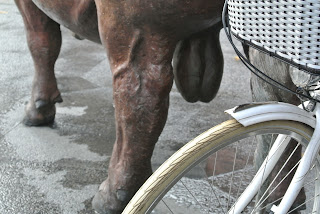 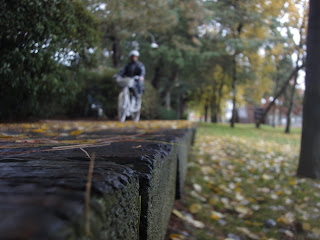 Here, this might help a little - have a laugh over my film skillz.  Here's a short clip of a wee stretch of the seawall on the southern shore of False Creek, between the Burrard and the Granville St Bridges.  Why? Just cause it's gorgeous, and besides, it's nice to share...

Thank you for reading.
Ride long, ride hard, ride well;
be happy and safe
till we meet again.
xx


PS - the USPS team owner has indeed stepped forward and asked for the return of $12 million.