Get a grip on yourself... it's the last day of the year!

Here we go, it's that time again.
Let's toast the year and its end.

What a crazy year, through and through!  The weather has almost been as psychotic as 2013 itself, mirroring its soaring, bright heights of Malala inspiration, and its cold, dark, dank depths of Fordly despair.  We've been very lucky here in Vancouver, though, with a few seriously cold, bright, clear snaps an only a  little rain as autumn turned winter this time round. The city's skiers are a little worried, because no rain means no snow on the hills, but one man's curse is another's blessing.  We've had tons of beautiful bicycle cycling weather, which of course means I'm happy.  :D 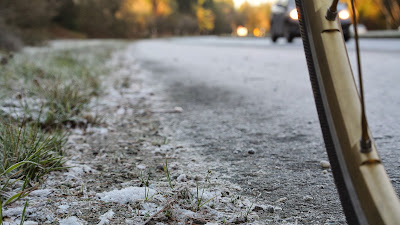 This is Marine drive on a lazy Sunday morning's ride up past UBC of late.  As often as not, however, I'm up there at stooopid o'clock in the morning, so it looks like this instead: 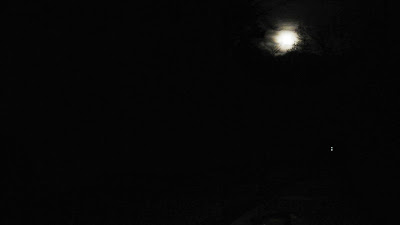 Or this, a step back from the bike: 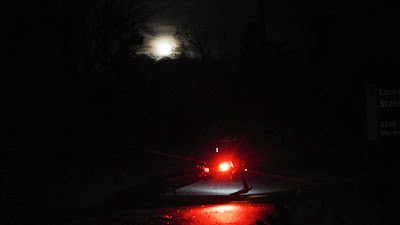 Stooopid o'clock rocks, though, even at the very end of the year. Most of the rest of you peeps are still asleep, or at the very least you're indoors, so I have the roads all to myself. It's serene, and so much safer than riding any other time of day.  I rode six laps round Stanley Park recently, and I saw only six cars in all the time it took.  There was one in the third, one in the fourth and three in the last half of the sixth lap.  It's heaven when everything is quiet like that and I'm hurtling through time and space, into the inky darkness:  pushing, pumping hard, panting, pondering, and praying for enlightenment.

Prayers are always answered somehow, you know. I am no closer to understanding the secrets of life, the universe, and everything, but every day the universe replies with the rising of the sun, and hey!  What do you know?! It's true.  Troubles are always a little more manageable in the light of dawn.
Blessed be. 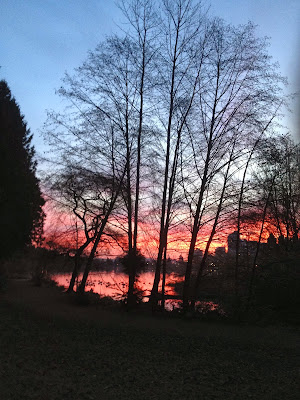 Yup.  A tip of the hat to the beauty of the year's end, from full spectrum sunrises to great, white blankets of snow which turn the world into a monochrome, muted wonderland. 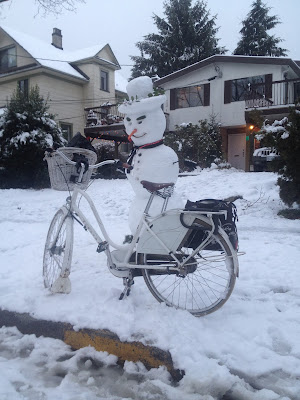 It's a lot of slip slidy fun, all that slushy white stuff. 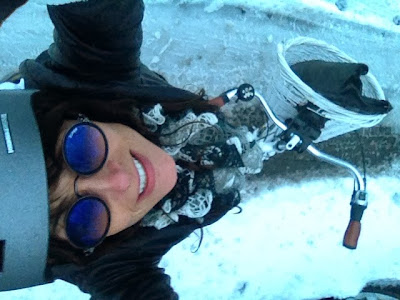 You've gotta love the year end, what with all of the celebrating and toasting and stuff.  Here's to surviving 2013 so we can drink to it.  And since we're toasting good endings, let's toast the rear end, too.  You've gotta love a good bum. 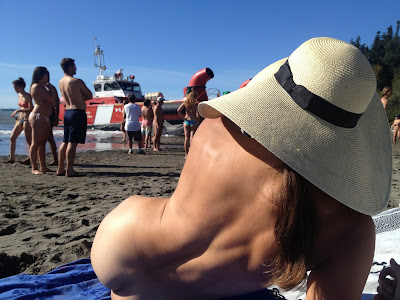 Everybody's got one, though not all posteriors are created equal... 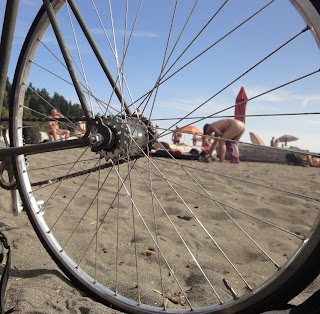 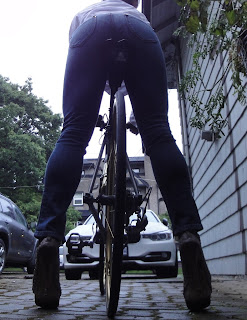 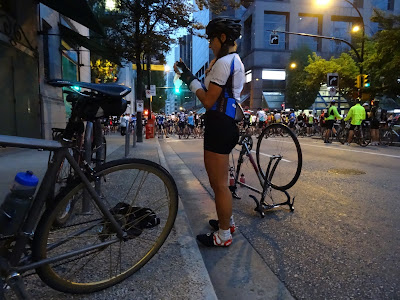 It's the classic bubble-butt.

You've also gotta love what the sun does for yer bum, how it makes it nice and brown and warm, but you'd be starkers to try sunbathing your rear end here in Vancouver this time of year.  The good news is that you can ride your bike and buff yer rear end, year end or not. 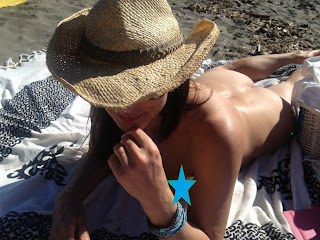 Oh!  Speaking of which, I have a year end rear end wish. I would like to find a kindred crazy spirit who wants to ride bikes at silly hours even in the dead of  darkness.  I'm looking for a fellow speed-junkie friend whose rear end I can chase around the park at stupid o'clock in the morning. Someone faster than me, and it would be super sweet if it were a girl, cause I like girls. That's not too much to ask for, is it?
It would make me very happy because it might just make me fast.

And that's the important thing, isn't it?

No, not fast. Happy.  Happy is everything. Well, fast is good, too, if it makes you as happy as it makes me, but happiness is the goal of all other goals, or as Aristotle so eloquently put it, "Happiness is the meaning and purpose of life, the whole aim and end of human existence."  So here's to happiness, too, and more specifically, since this is a blog about endings, here's to happy endings. 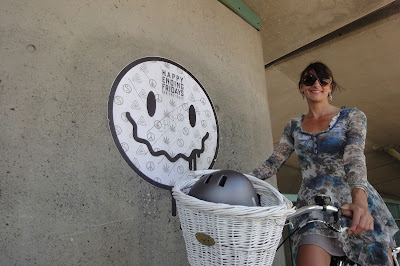 You probably already know what spokeNscene is all about... that riding your bike makes you happy (literally, since it stimulates your brain's production of happy chemicals like dopamine, serotonin, and endorphins), healthy, and hot.  The new happy, healthy, hot, and less financially stressed you has a much higher chance of enjoying the many wonderful benefits of a long term relationship, including, though not limited to a great sex life.  Enjoying a great sex life means you have oxytocin floating around in your brain, and that makes you see others as more loving and trustworthy AND it makes you behave in a more loving and trustworthy way.  Hence it's the bike path to world peace.  If everyone is doing it, nobody will be agitated enough to go to war. 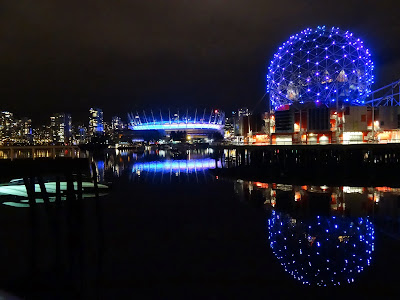 And it's definitely better than  blue balls, but then you get the picture...

So do as Woody says:


Stand up and be counted, so together we can toast year ends, rear ends and happy endings.
Seasonal greetings and gropings, dear reader.
See you in the New Year! xo xo
Posted by babble on at 06:49