Peace and love, people... and hey! Guess what?
Our mountains finally saw a proper dump of snow! 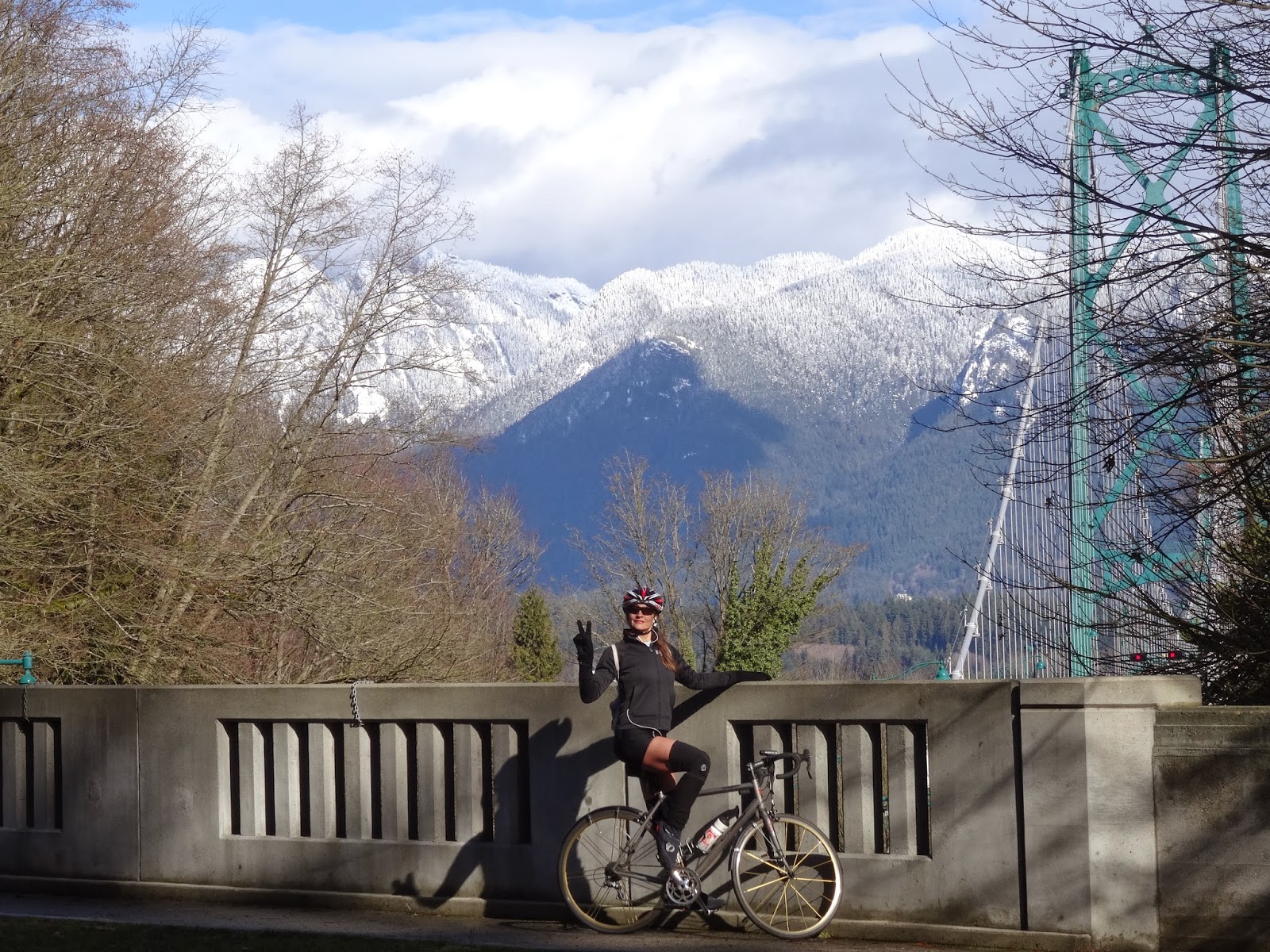 Vancouver's skiers have despaired this year, cause till the middle of February there really wasn't any of the white stuff to speak of, but finally this week saw winter's mantle cloak the hills.  Now the skiers and snowboarders are happy and the Stravadopes and crash test dummies like me are .... well, crashing.  First thing in the morning the roads are pretty slick these days, but we've also seen our fair share of sunshine, so who's complaining? 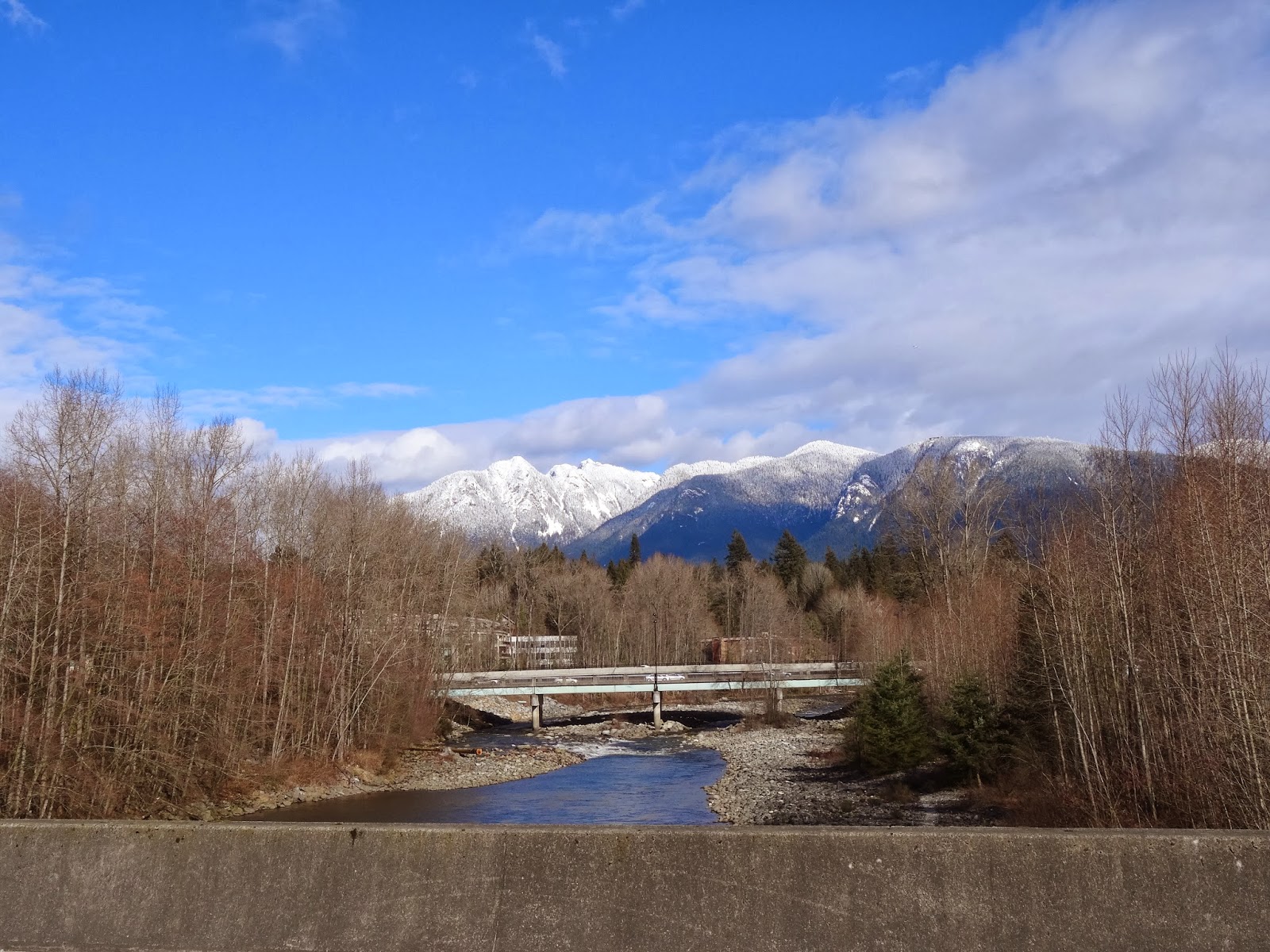 You can see why people might want to live here. 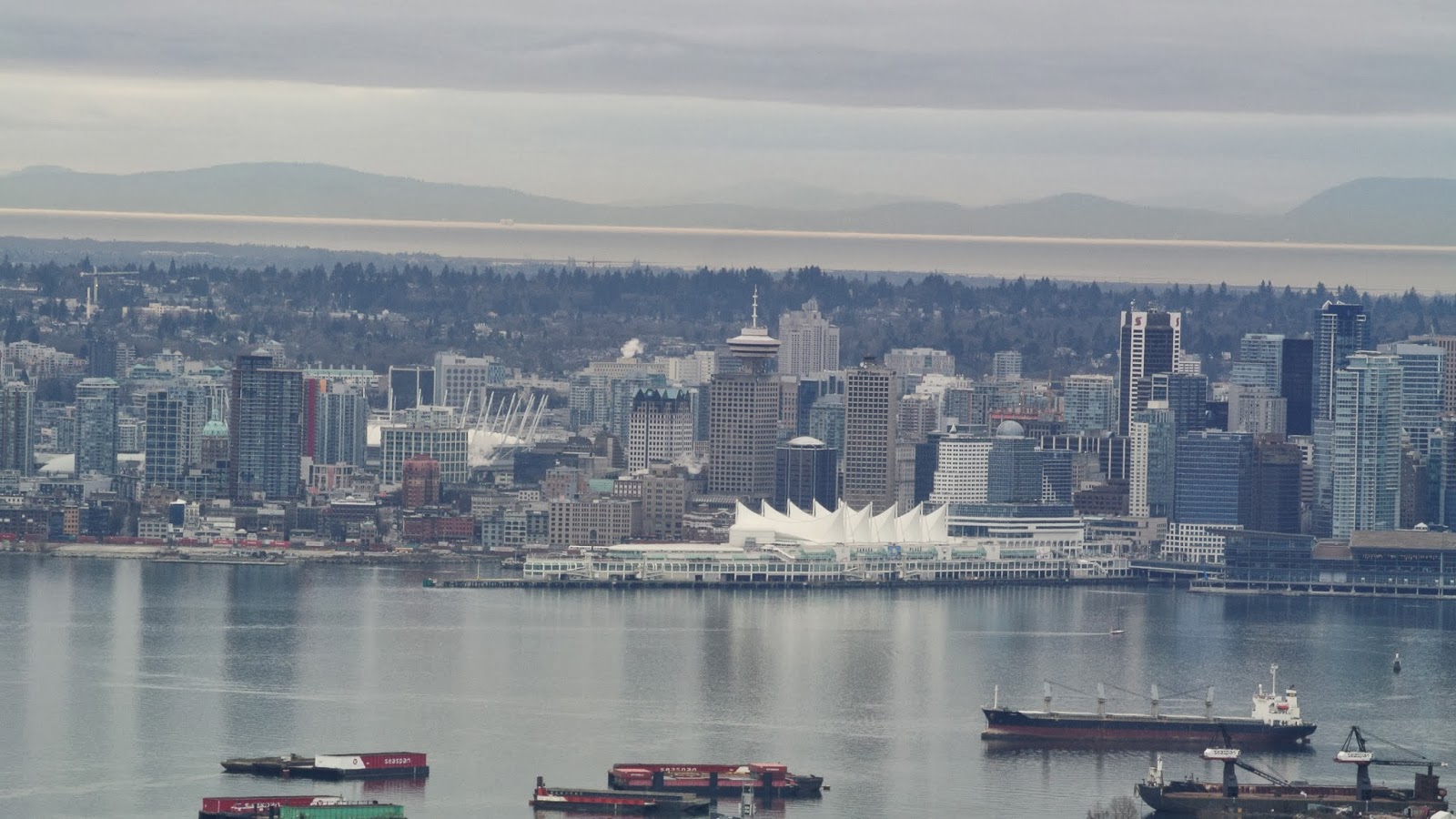 From North Vancouver it's such a pretty city center, while from West Vancouver, you can see what an enormous treasure we enjoy in our 1001 acre Stanley Park. 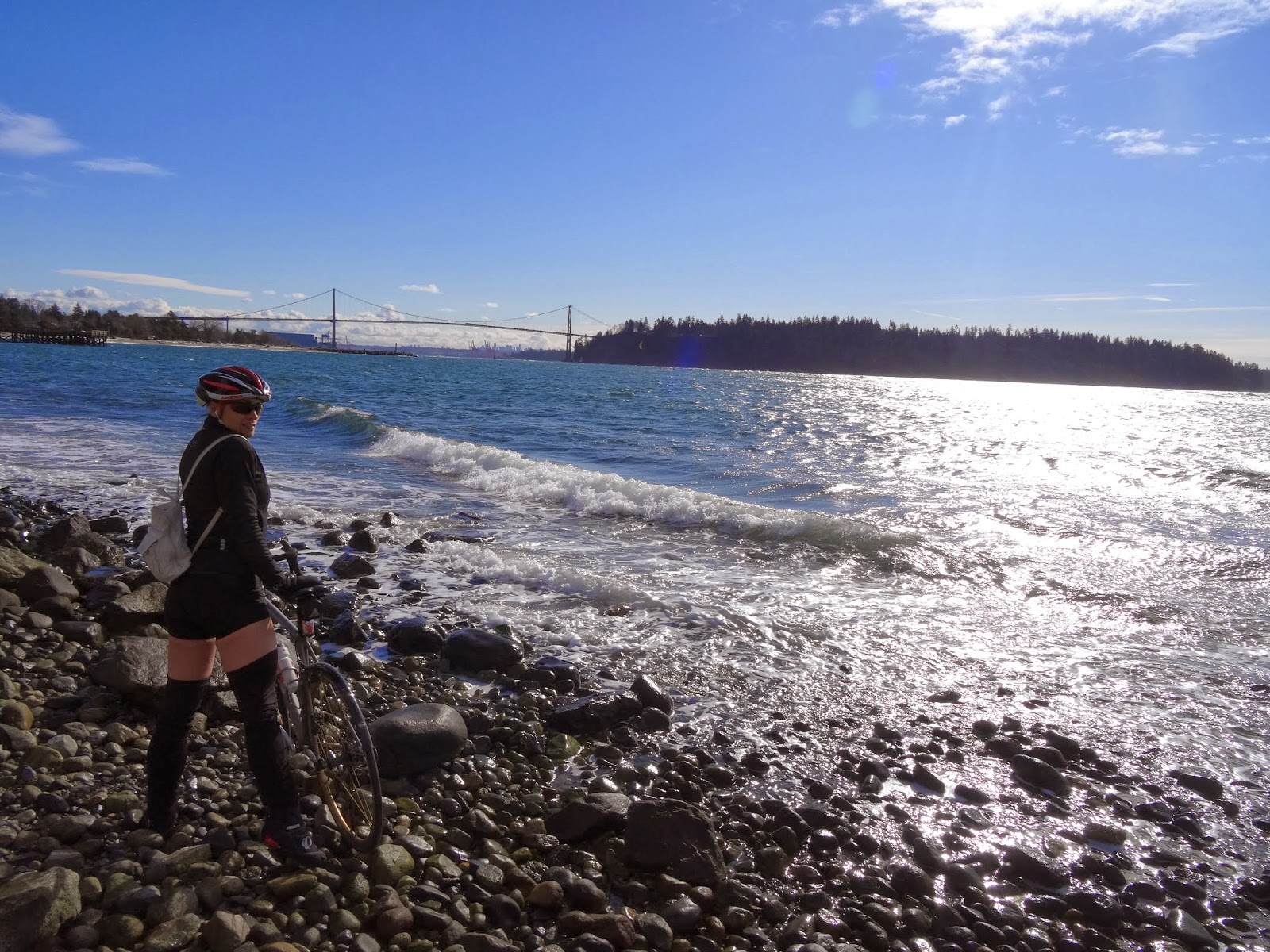 And THAT's why we're in the midst of another sort of dump.  Even though property prices here are way beyond ridiculous, Vancouver is growing fast.  Every year this city grows by about 32,000 people, so that in thirty years we will be bigger by a million newcomers.  And can you imagine what the roads are going to look like if we haven't figured out how to convince people not to drive everywhere they go?  It's not like you have to try hard to imagine the consequences.  It has already happened in all sorts of places, and in fact, it's happening here, yet humans have an enormous capacity for denial, and that's the order of the day.
Deny deny deny.

What's that?  You want to build bicycle infrastructure?

Not in my back yard you don't.  Someone I met this week said he had backed away from cycling in this city, despite having enjoyed the benefits of a bicycle-centric lifestyle for decades. He hasn't stopped riding daily because he has gone off the sport, but rather because "riding a bike in Vancouver has become a political act."  And he's right.  It used to be that people were surprised at my choice to ride instead of drive, but now some of them actually take offence.  Sometimes they even have a go at me with their cars.

I don't get it.  Do they really want to share the roads with a million more cars?  Do they honestly not understand how more cyclists like me on the roads will actually make their lives easier in the end?  Obviously not, but time marches on, and the inevitable is inescapable. 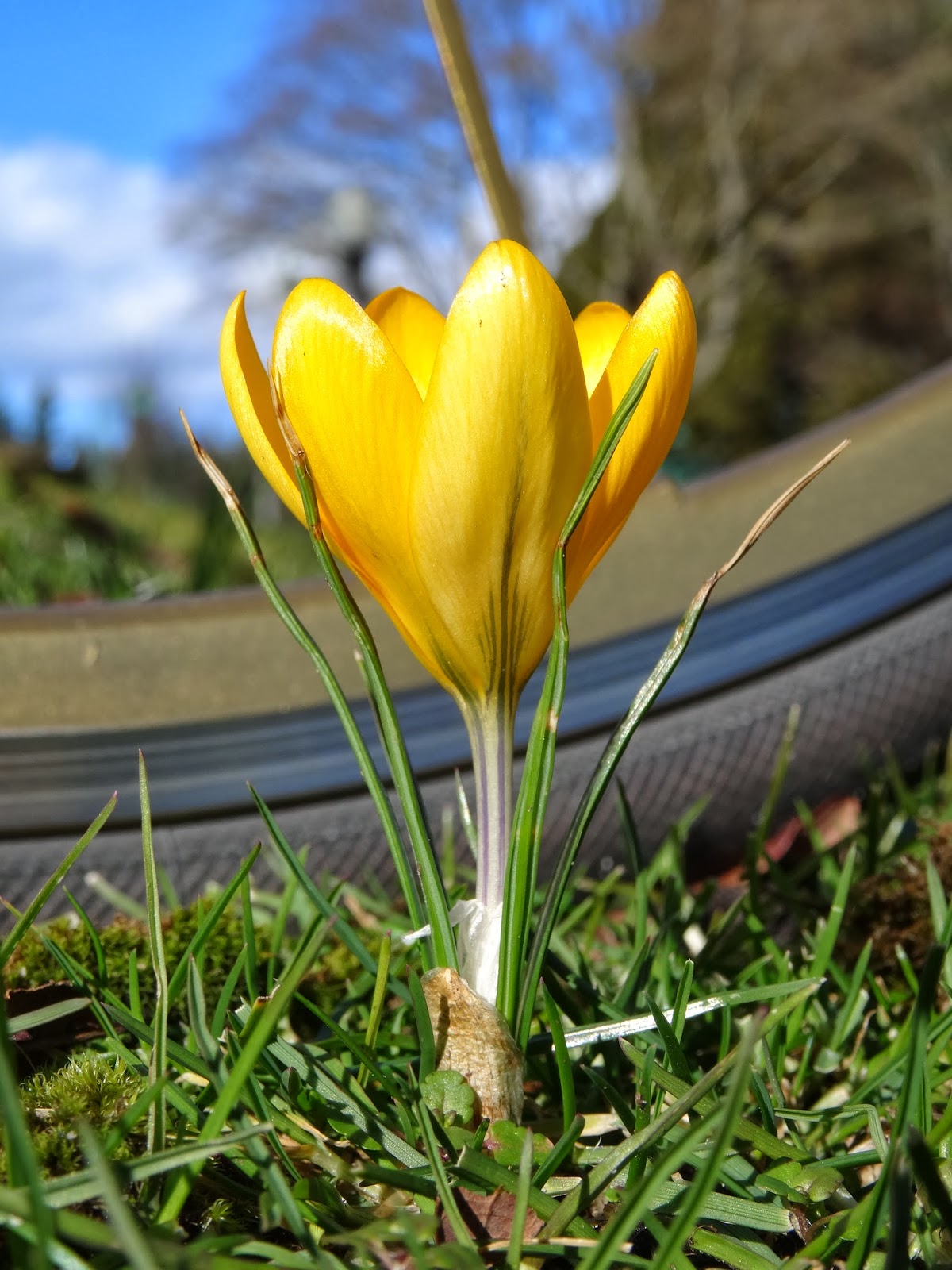 Sooner or later we're going to have to plan for the future, lest we find ourselves stuck in permanent gridlock.  As it stands, there is a war on the roads over our transportation priorities. A vast chasm lies between us, creating a schism in the fabric of our communities which threatens to tear our beloved city apart.

The time has come to start building bridges, people, or it's going to get awfully ugly out there.
Posted by babble on at 23:21