The confidence game: daring to compete. 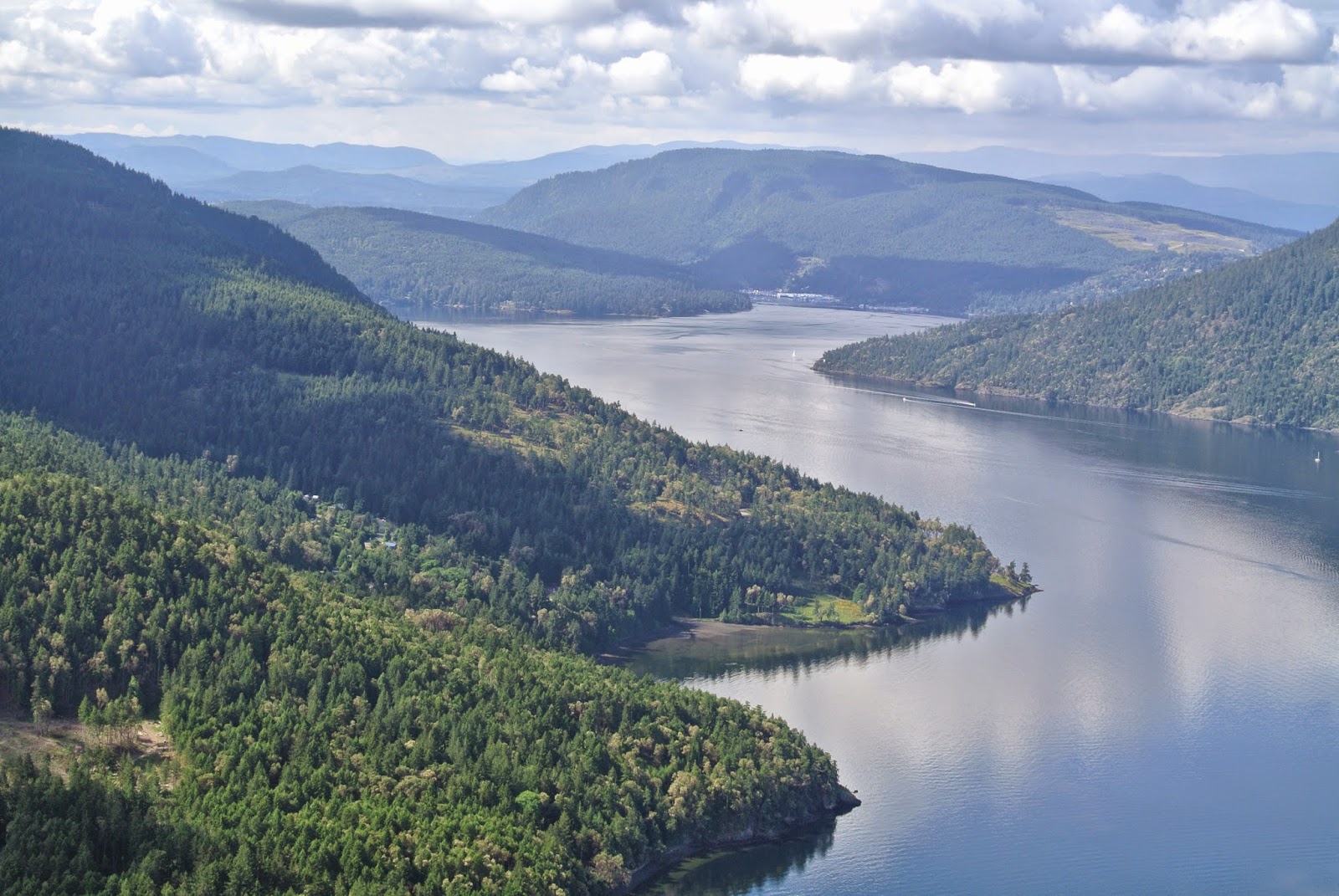 Hoo boy.  Can you believe it's the end of May already?  I can't. Grandma warned me that time speeds by at an accelerated pace as you get older, and as usual, she was right.  Jeez. Seems like just yesterday it was 2013. I have a task list as long as my arm, and every day I am surprised to see another evening come along with so many items still left undone.

I like to take stock of my favourite things .  Every day I like to think of my three favourite moments, but some things just stand out over time, heads and shoulders above the march of days into weeks, months, and years. Like My First Race. (Grandma also said that sometimes half the battle for success is won in having the courage to enter the fray, but I'm pretty sure she never tried road racing.)  I've entered a few races now, and though it's always a challenge to stay with the pack and not be dropped, those fast rides with other cyclists always qualify as one of my favourite things.  You can tell that I am enjoying myself despite the fact that I suck, because I am almost always grinning like an idiot. 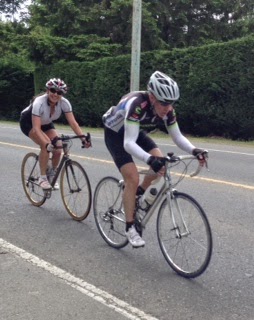 This photo was taken near the end of my first 64 km Australian pursuit road race, and long after I'd been dropped from the group I started with. That's Ed in front of me, and his expression is indicative of  what normal people look like in that particular situation. Mine is an indication of how small my brain is. (Well, that and the fact that my bike is always my happy place.) The race consisted of four 16 km laps around this lake: 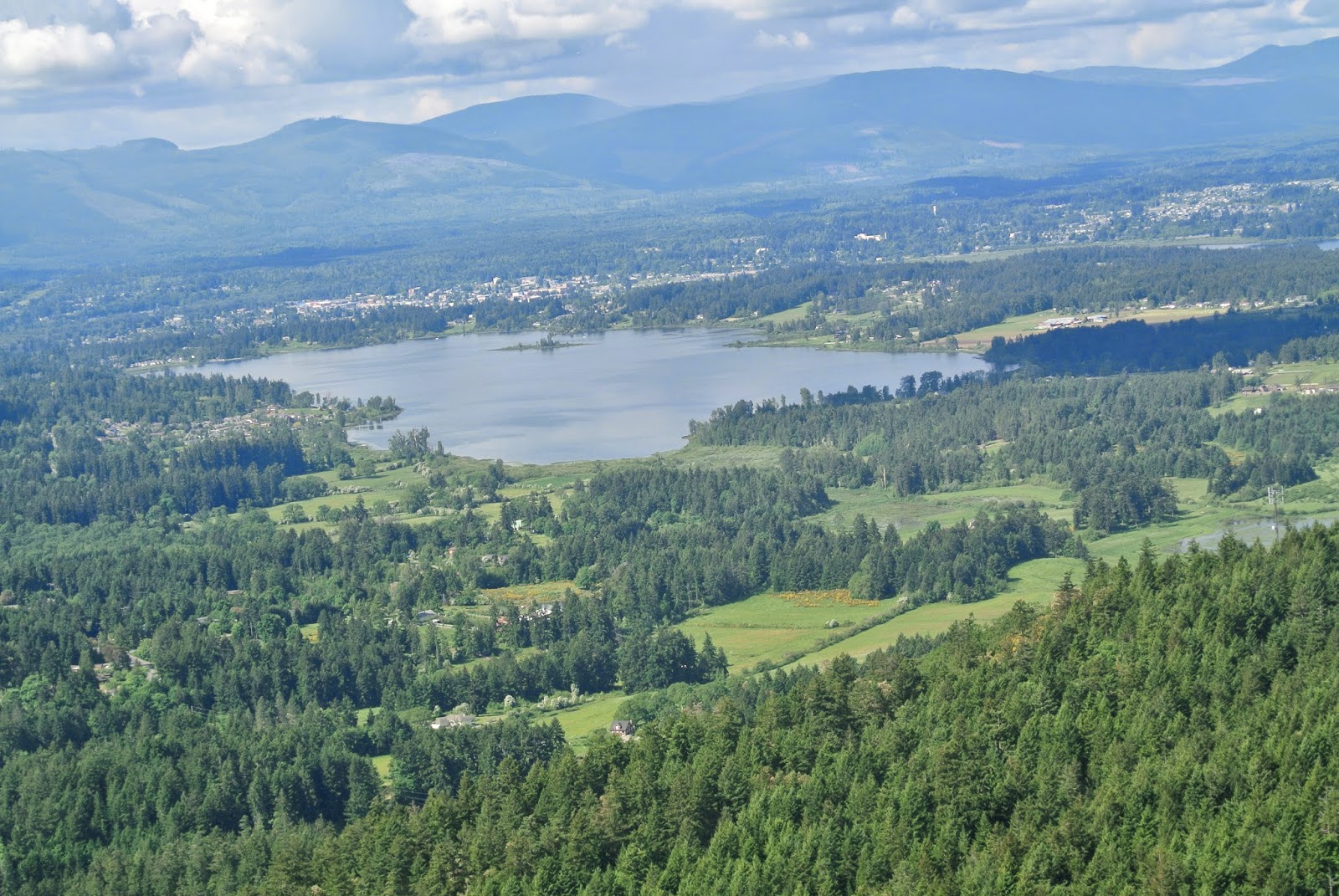 We landed right beside the lake shortly before the race began 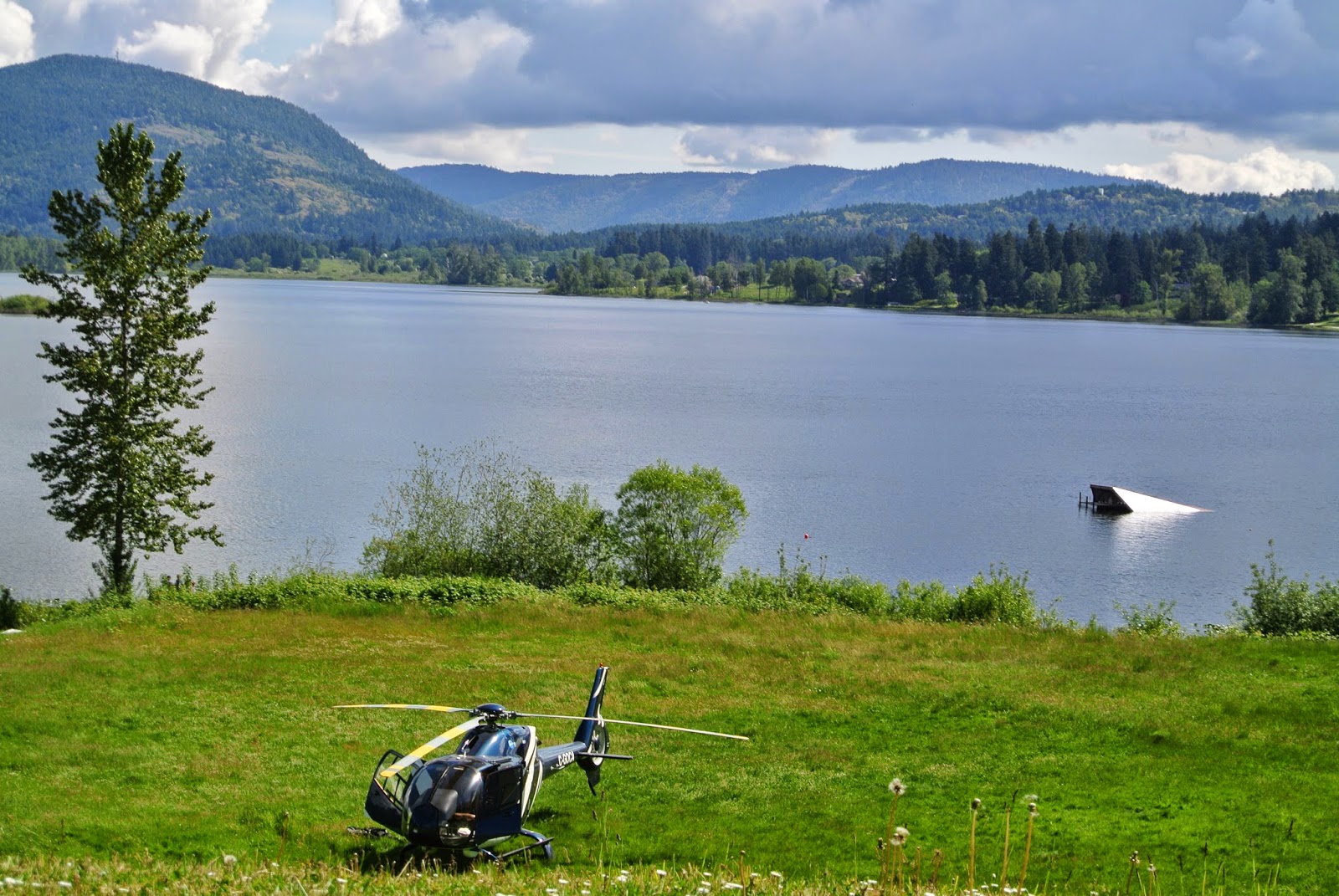 and unpacked our bikes from the pretty bird. 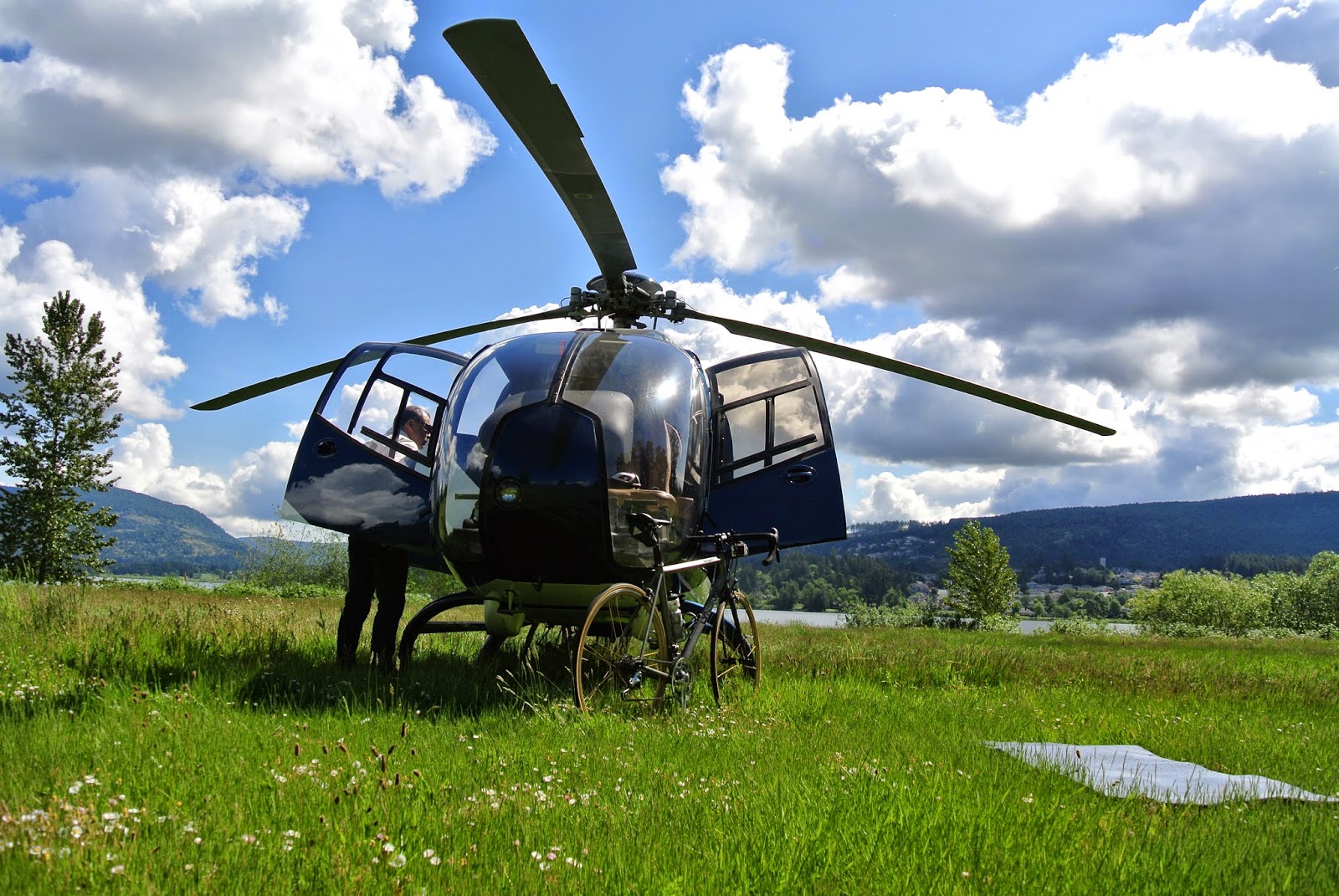 Actually, it's surprising how much stuff you can fit inside a helicopter, which is a good thing, since mounting a roof rack is out of the question. 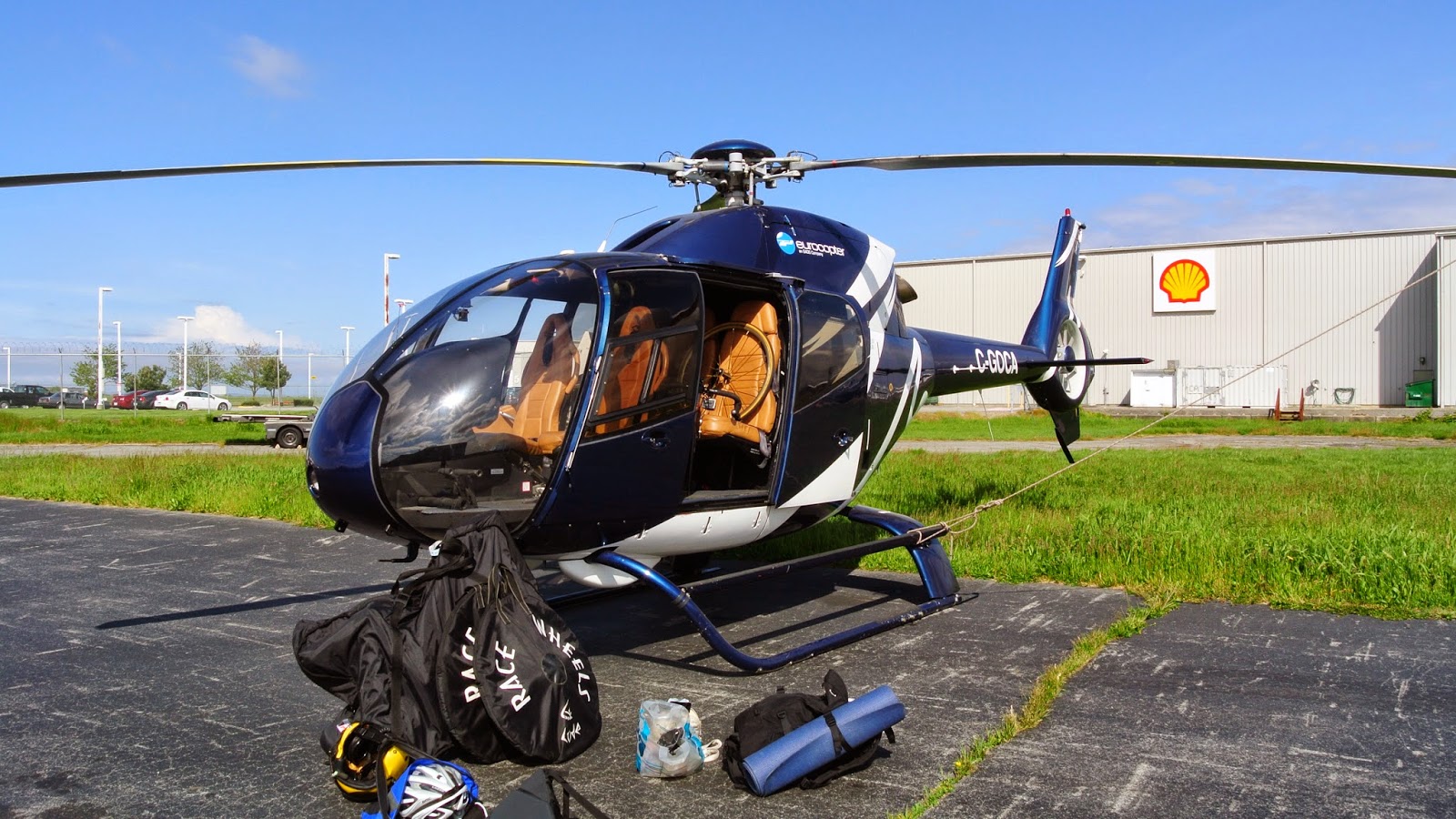 There's almost always room for a yoga mat, and you certainly wouldn't want to leave home without that! 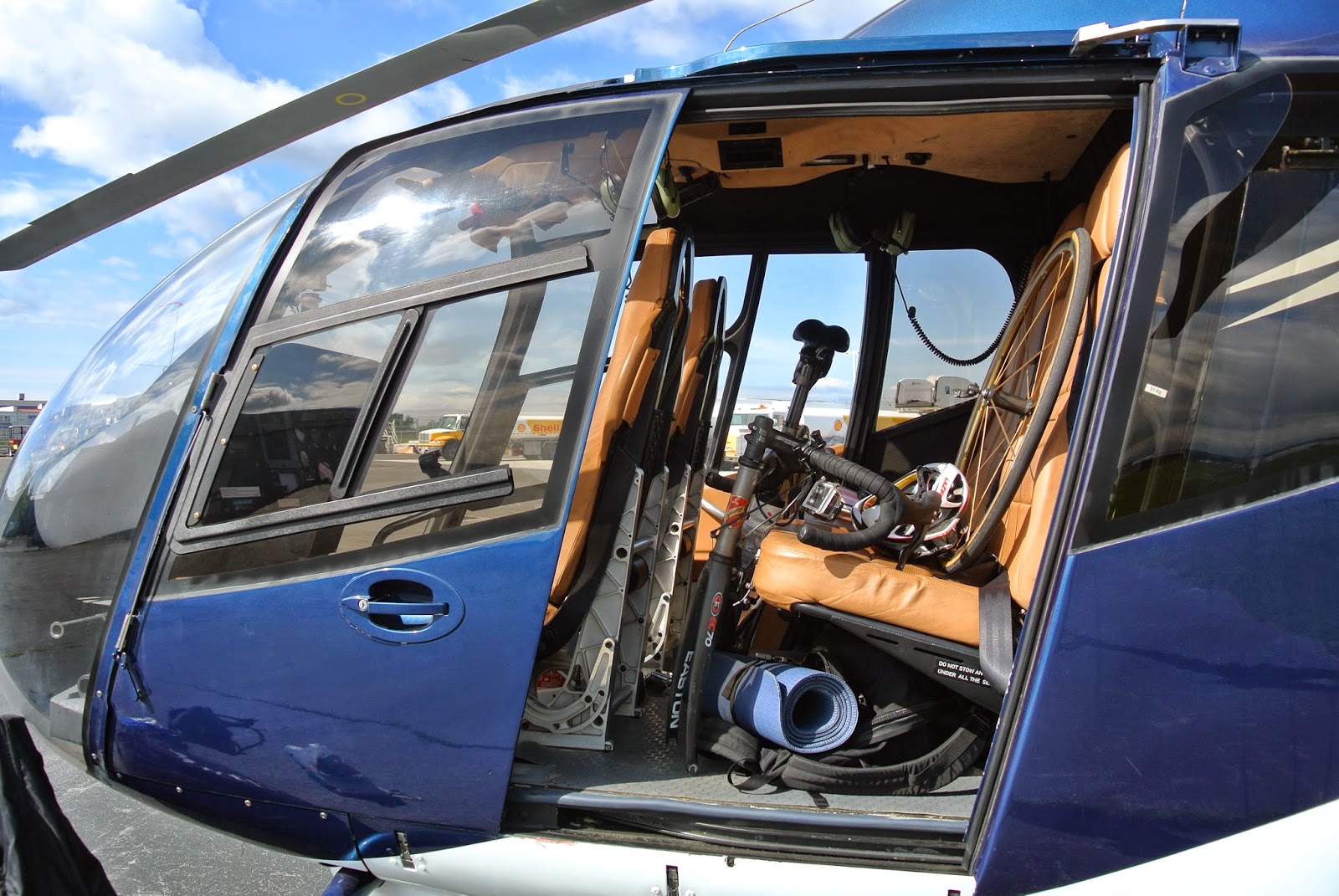 So we landed, registered for the race, and rode, and though I did give it my best, it wasn't long  before I got dropped. There were a few younger riders who passed me, and each time I managed to hang on for a bit before I found myself riding solo again.  Let me tell you, getting dropped really sucks.  When you're riding in a pack, and you're tucked in behind the lead rider(s) there's a whole lot of draft carrying you along.  It's like being in a boat on a river moving downstream in a strong current.  When you get dropped, suddenly you find yourself swimming upstream. 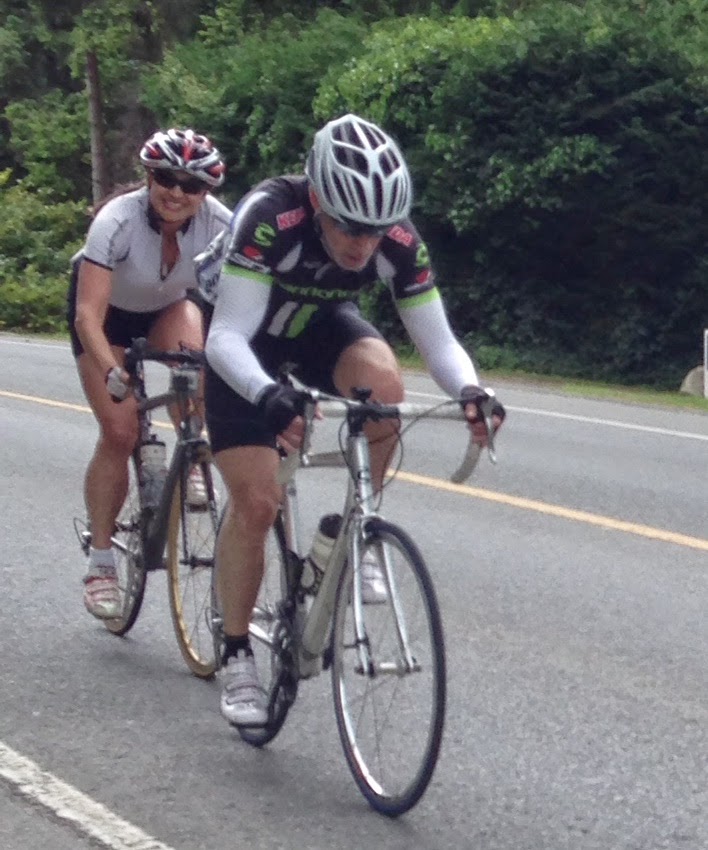 By the time Ed found me, I'd finally caught my breath again after keeping up with the fast young bucks for as long as I could before they, too, dropped me.  That one happened on a roundabout I'd foolishly slowed down for. It was a painful lesson presented to me at the weekly criteriums, too, but I think I've finally figured it out.  All this time I've been doing it wrong, you see.  I always slowed down as I approach a corner and then accelerate again as I come out of it.  That's how I was taught to drive a motor vehicle, too. Silly me. Turns out you're meant to head into a corner hell bent for leather and come out of it faster still. Simple.

So for the last lap and a bit Ed and I took turns pulling, which was great compared with forging on alone.  By the time those photos of us were taken, my legs were jelly.  I couldn't stand up on them any more or they'd just give way, so I didn't even try.  Lol! Look! By the very end it looked as if I was about to fall off the bike! 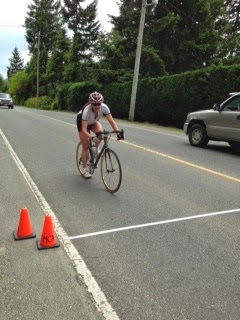 I had nothing left in me, which surprised me enormously, since I regularly ride farther than that. As we made our way back across the straight I recall feeling so bad that at one point it occurred to me that it would be okay if we crashed into the water below, because if I died in a fiery explosion it would at least put an end to the agony. 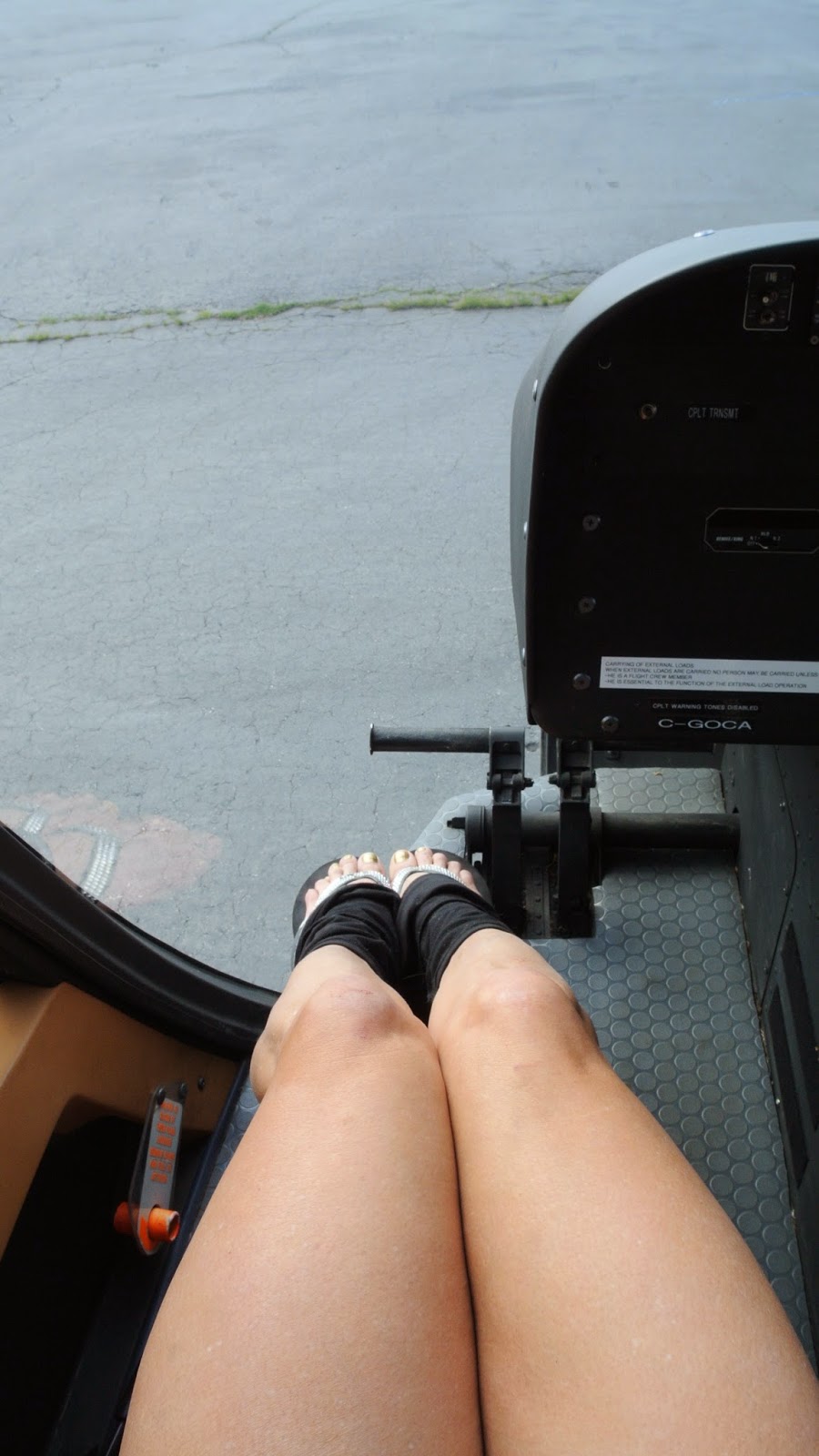 Bill figured it was motion sickness, and he had me lay down as soon as we landed in Vancouver, bless him. 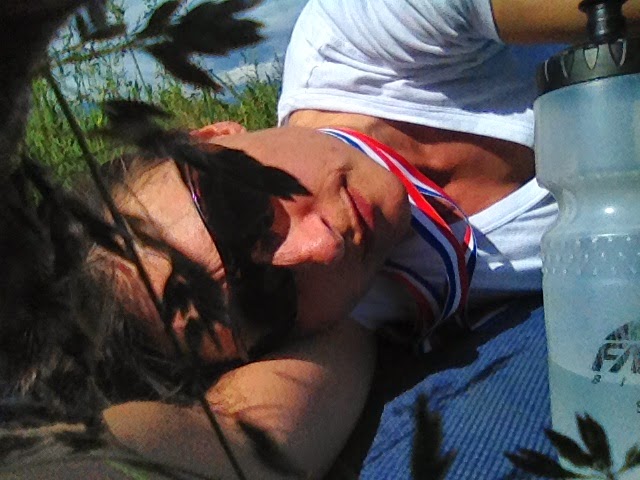 Maybe he's right, but I felt pretty rough for a couple of days after that, so who knows?  But I'm all better now, even if I still struggle not to get dropped during the races.  Often I am the only girl in sight, but on Tuesdays there's a ladies' race, which I've done all of once now.  They were actually moving at a pace I figured I could handle, and I was so happy to have found girls on bikes that I started babbling to the women in the peloton, as I tend to do. Suddenly I found myself all on my lonesome again. Turns out it's important to keep your mouth shut and stay on your toes so you can sprint when everyone else does!  Who knew? A little while later on, after spending a bit of time on my own,  I found another girl named Melissa who had also been dropped, and we  shared the pulling until the men's group passed us.  Then we rode with them for the rest of the criterium,  because in my books, any draft is a good draft.

Just like any bike ride is a good ride.  You'll find me on two wheels almost every day of the week, every month of the year... 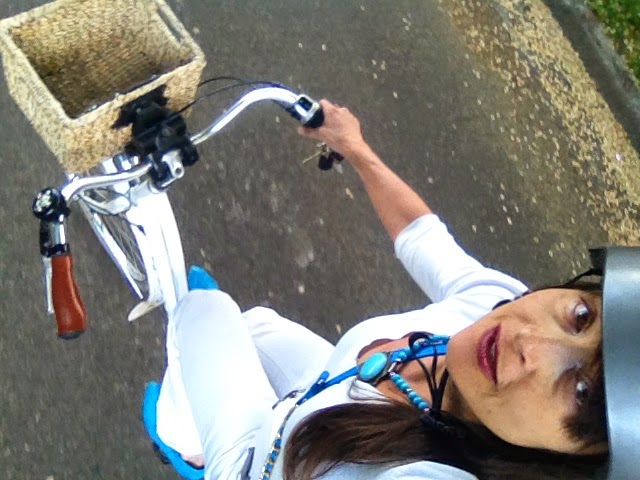 ...stretching myself, pushing my limits 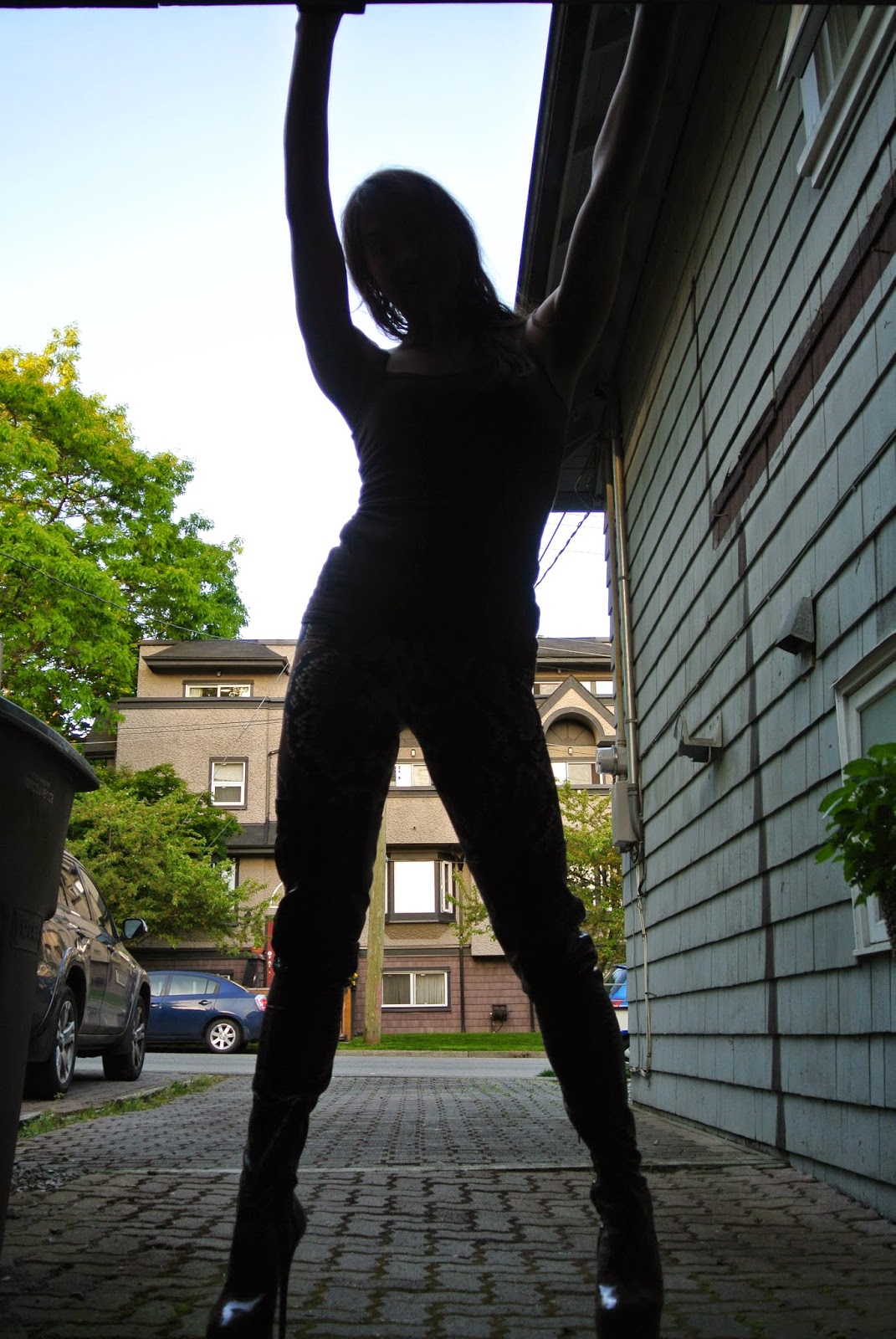 ... exploring this gorgeous town, and sharing my discoveries with you. 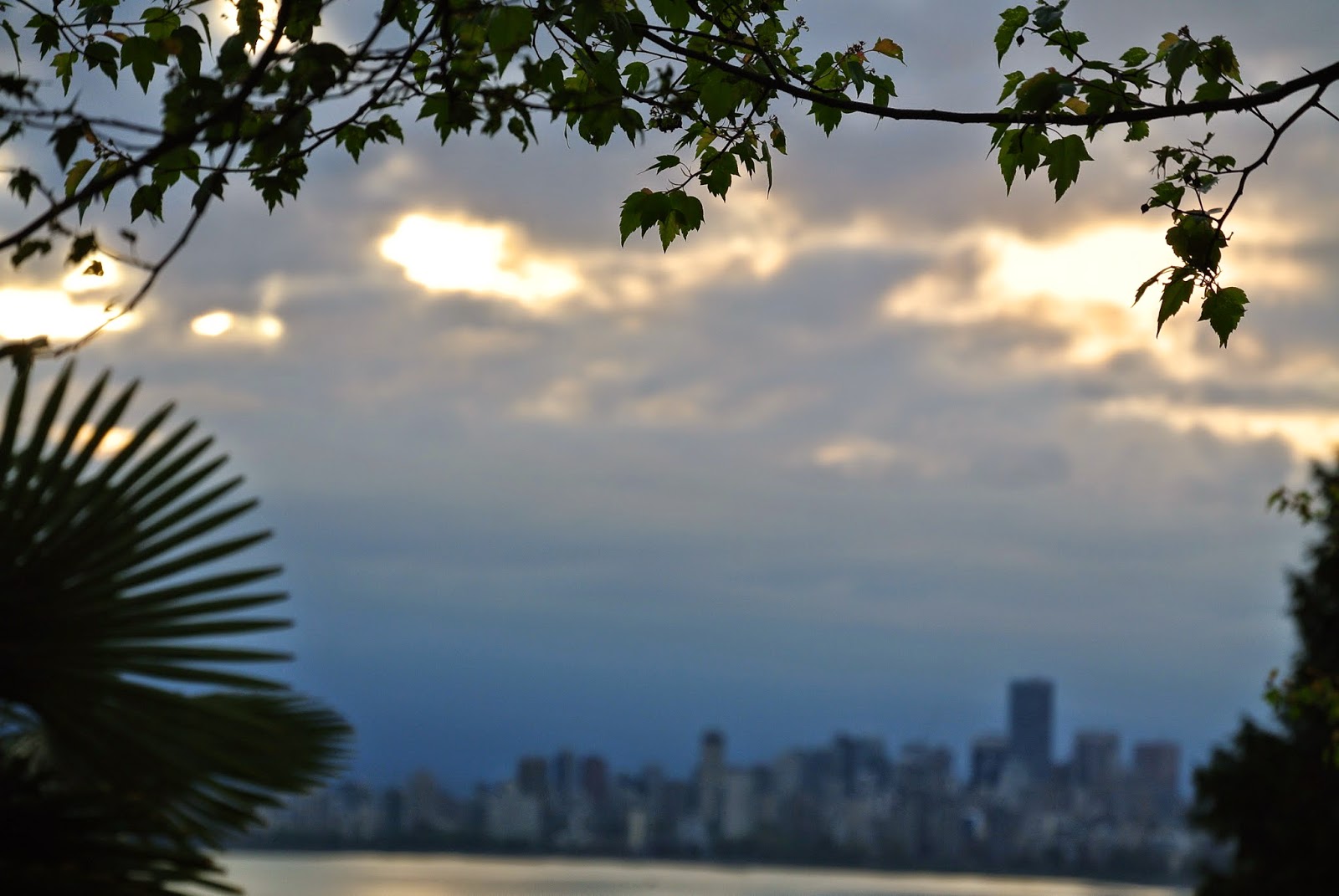 Oh! I almost forgot.  Here's an early innovator for you, a confident someone who dared to put it out there: 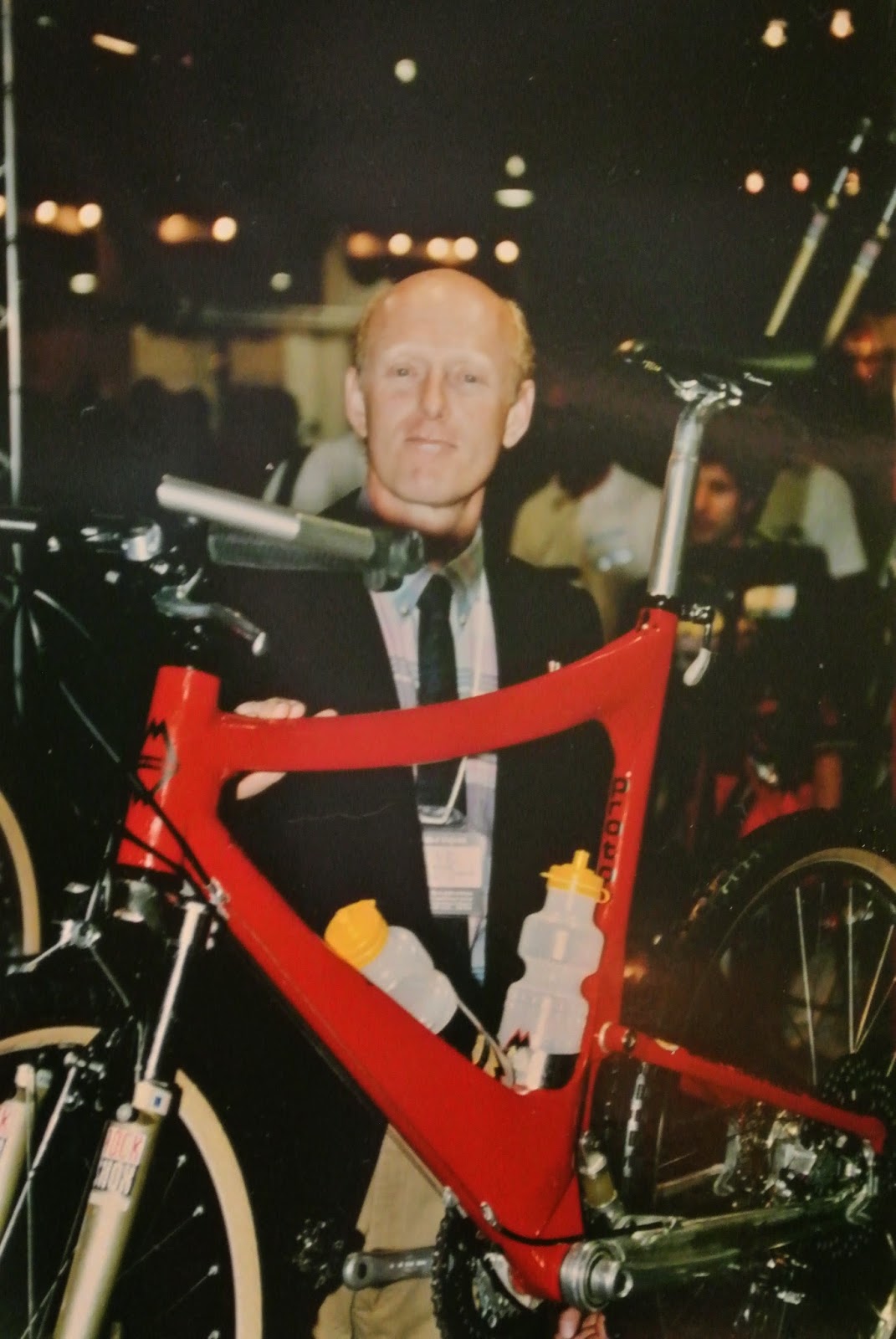 How many of you have any idea who this is? Do you know the significance of the bike in the frame? Personally, I wouldn't have had any idea if someone hadn't spelled it out for me.  Let me know what you think, mkay?

Email ThisBlogThis!Share to TwitterShare to FacebookShare to Pinterest
Labels: racing