An uplifting experience: flights of fancy and my very first race!

Hello.  Greetings and salutations from a place that looks a lot like heaven on Earth.  Isn't it beautiful?  So peaceful... so green, so clean. 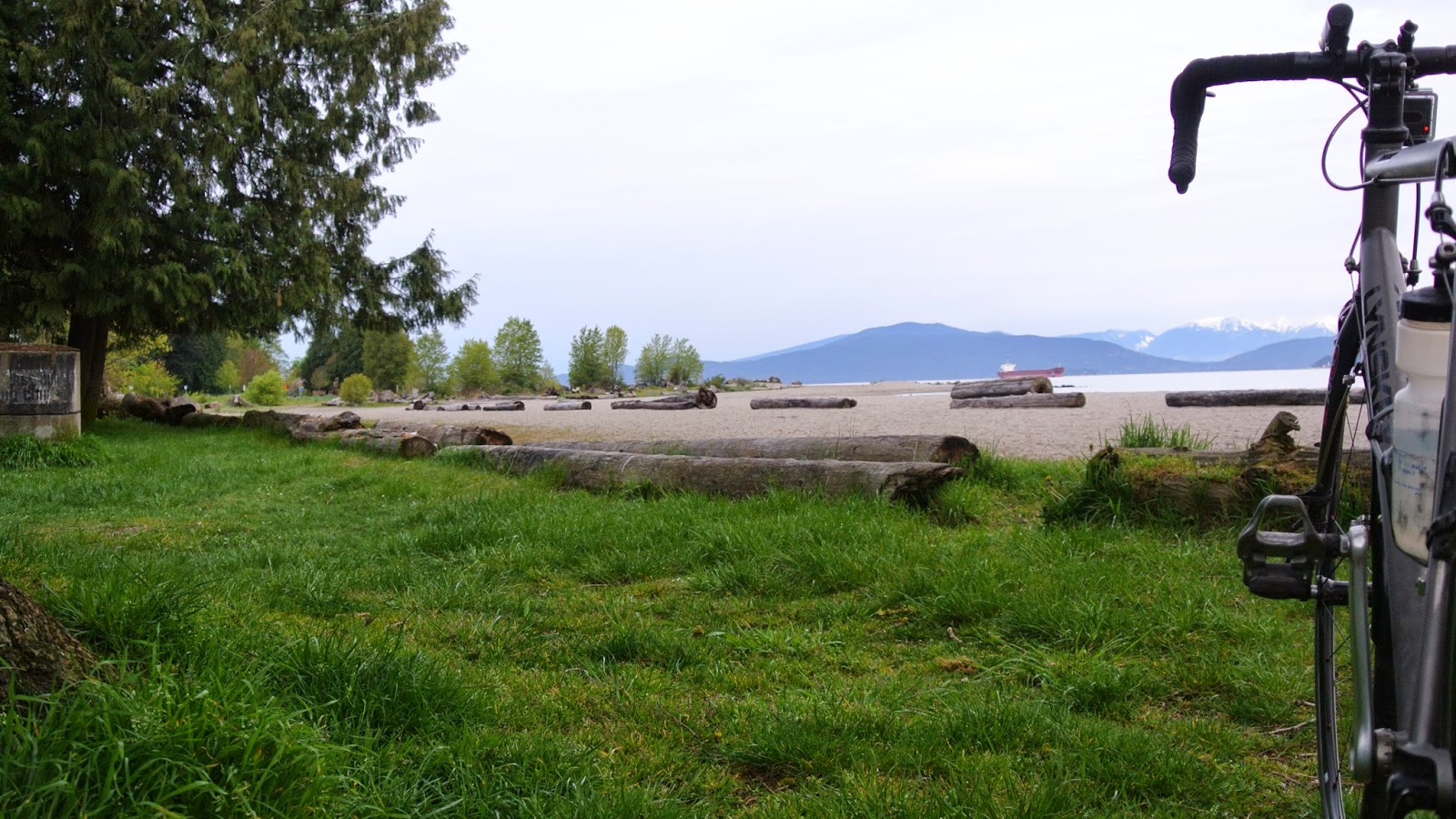 Not like me. I feel hot, sweaty, and dirty to the core, and you KNOW that takes some doing. 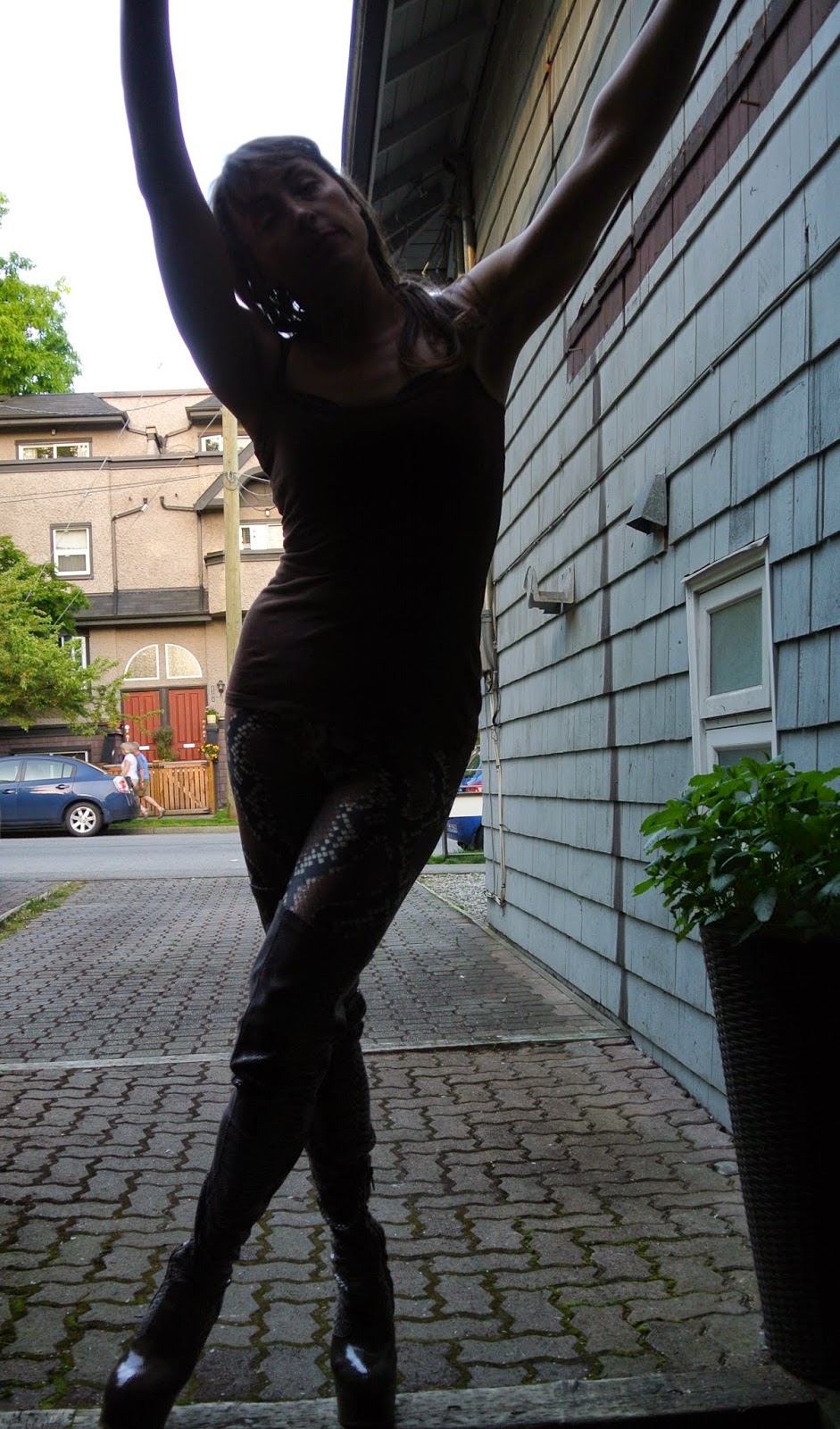 (Forget the disembodied hand! 2014 is all about the dis-en-handed body.)
I like to sweat so hard I get a bit crusty.  And let's talk about snot, baby! I embody dirty. I even play well with Dirty dirty! I'm a dirty girl inside and out, through and through, but I love pretty things, and clean and shiny things and now I'm torn. I wore my  favourite jersey tonight when really  I should have tossed it out, it's so badly stained... 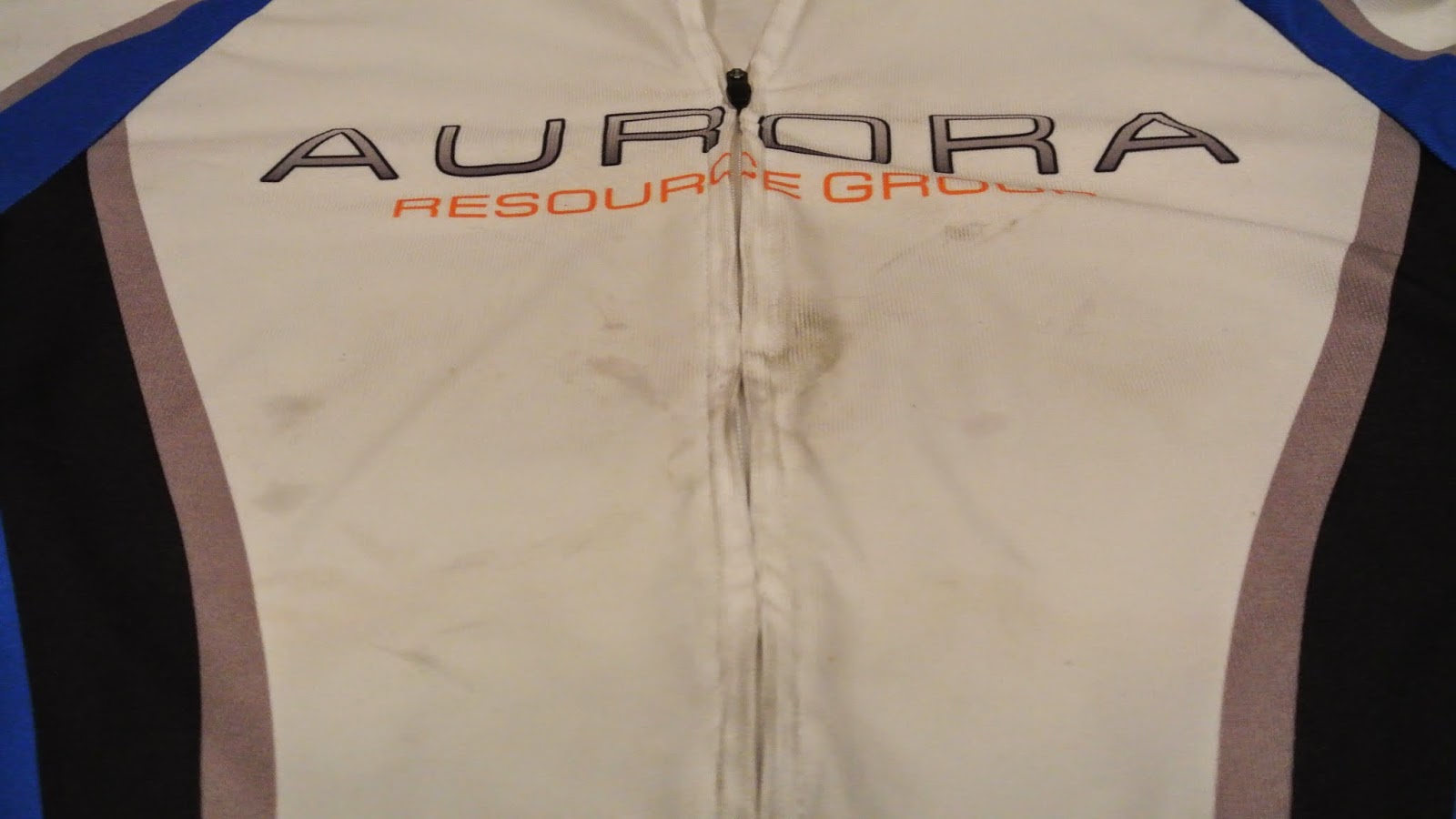 It's a hermetic thing: as above, so below, as within, so without, but it's alright. I own it. 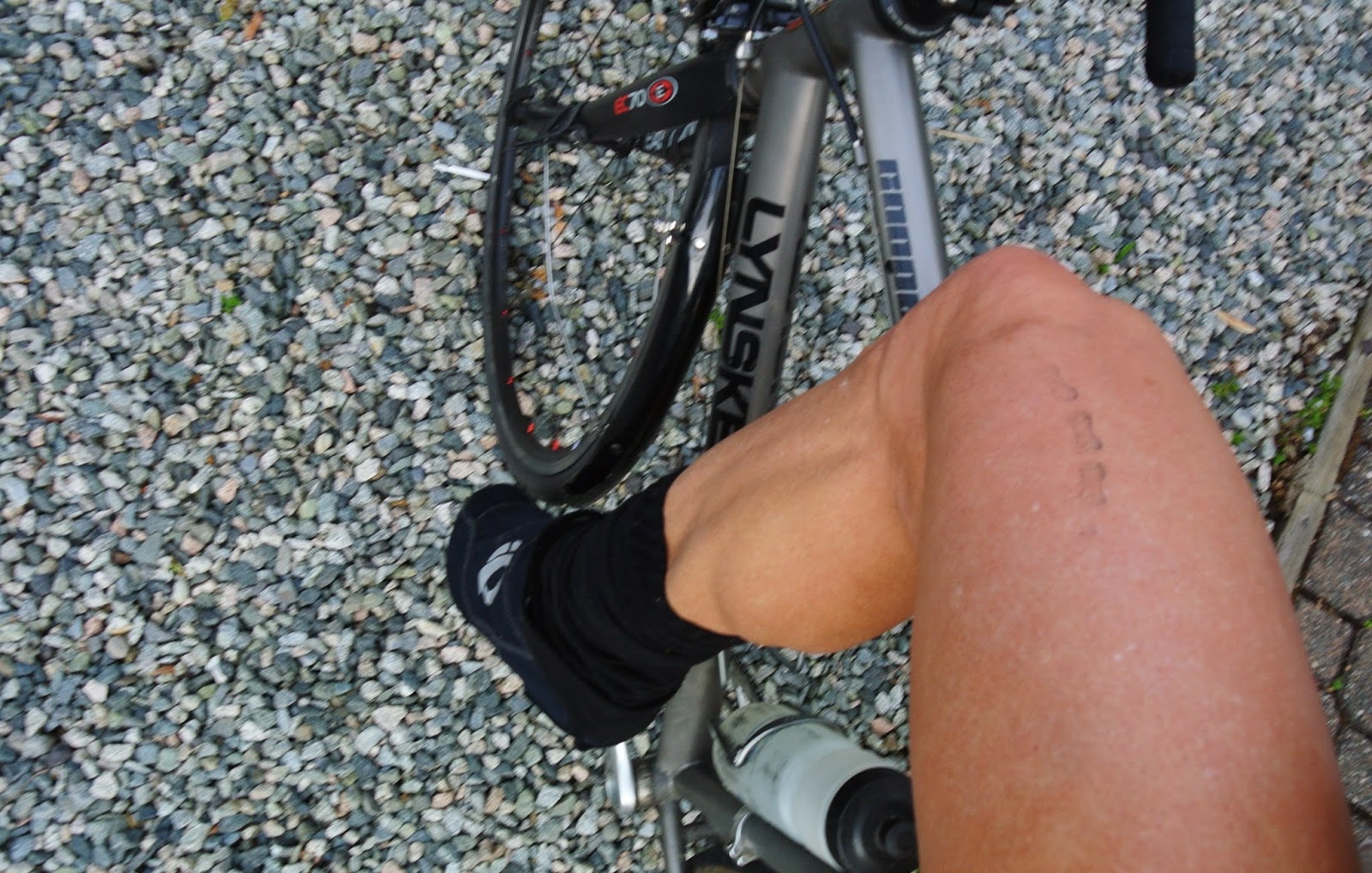 So when I tell you that I feel dirty, it really means something. My smugness quotient took a serious hit last weekend, and what's worse, I liked it.  Ok, sure, I have big feet,but my carbon footprint? It's decidedly modest, and it always has been.  Mine's tiny compared to most of the rest of the rest of you car-dependant first-world peeps, or at least it was. That's past now. History. I lost my helicopter virginity the very same day I lost my race virginity.  How cool is THAT? 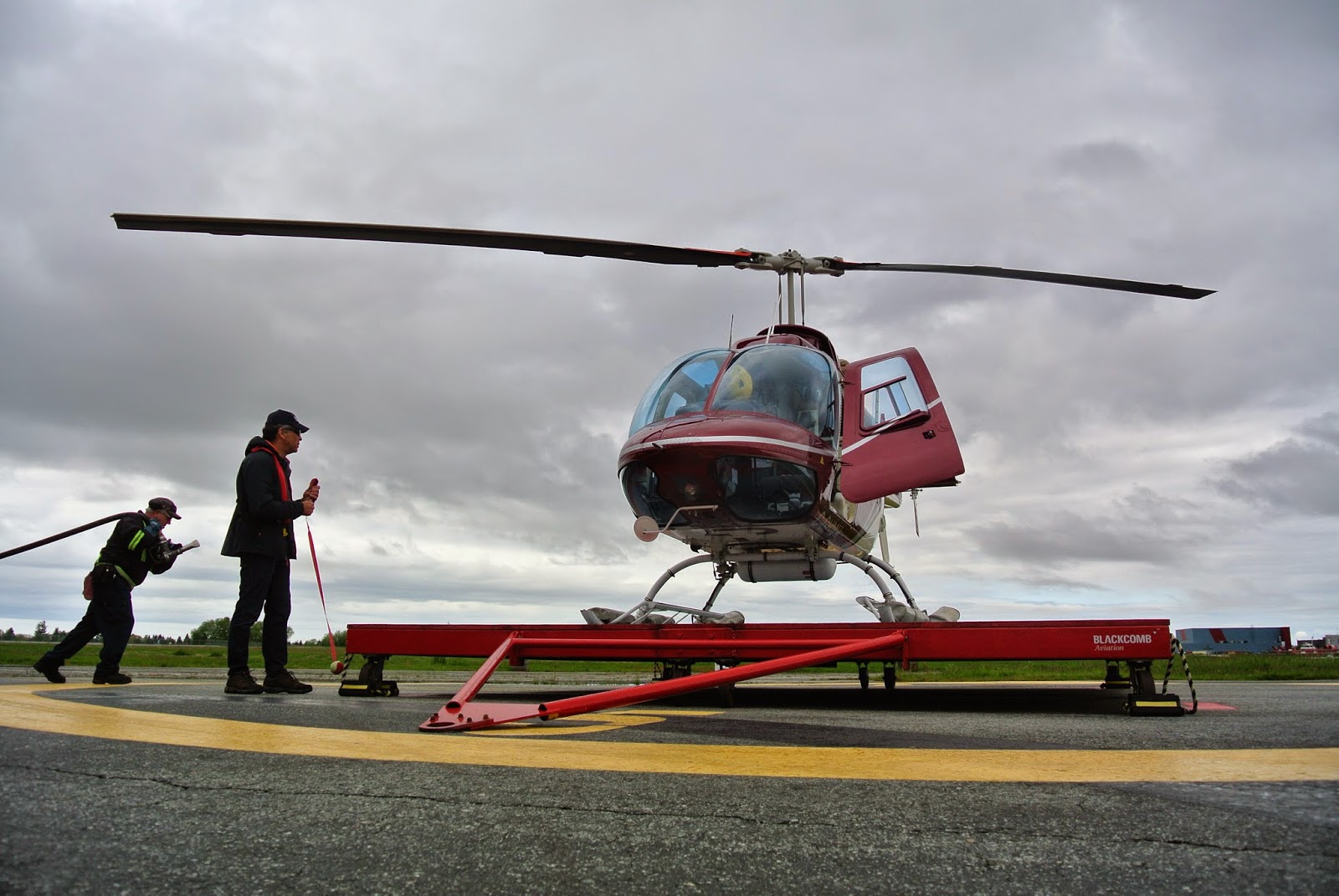 You could definitely say I caught a lift to my first race last Saturday. Heh heh. 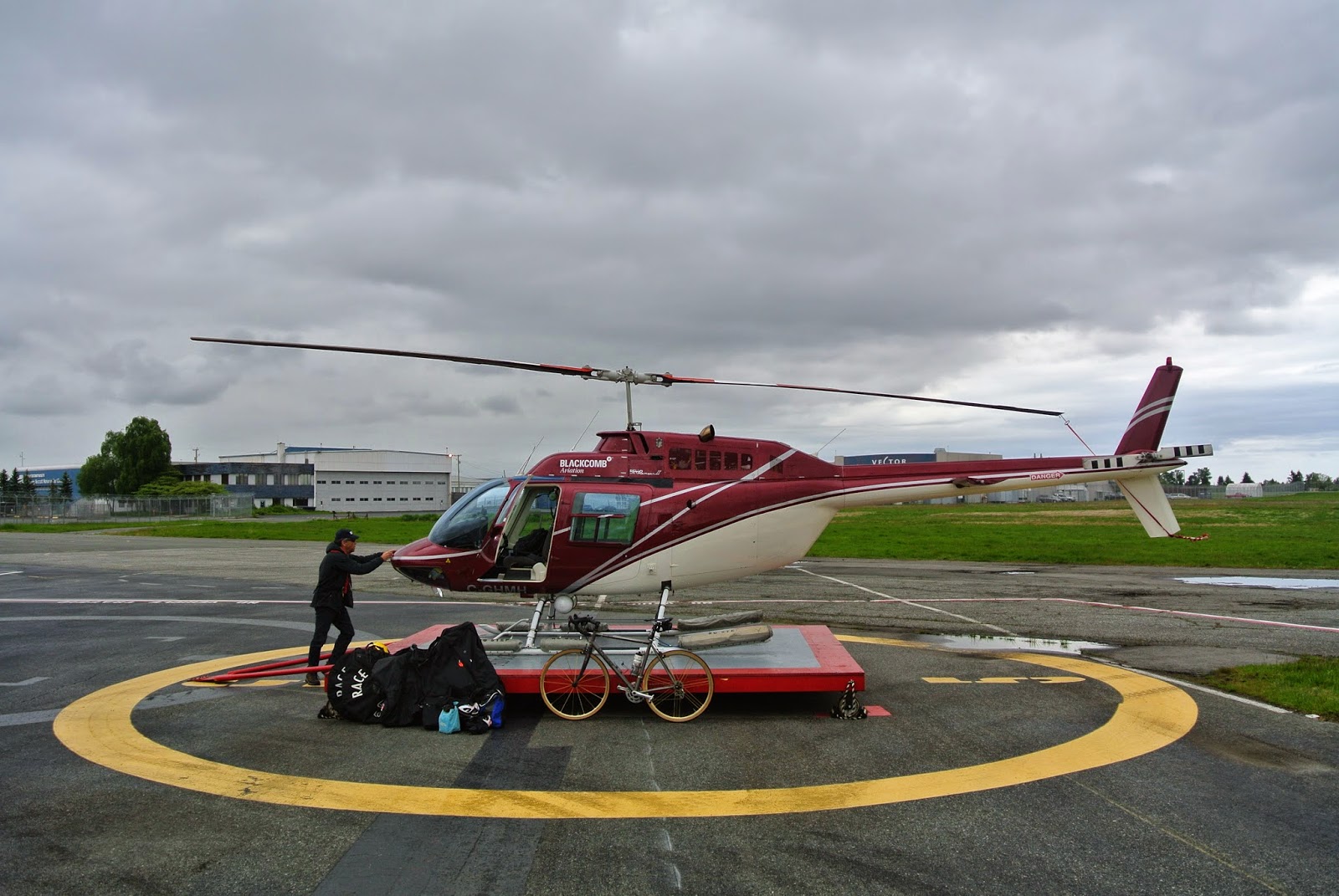 There was a surprising amount of room in there! 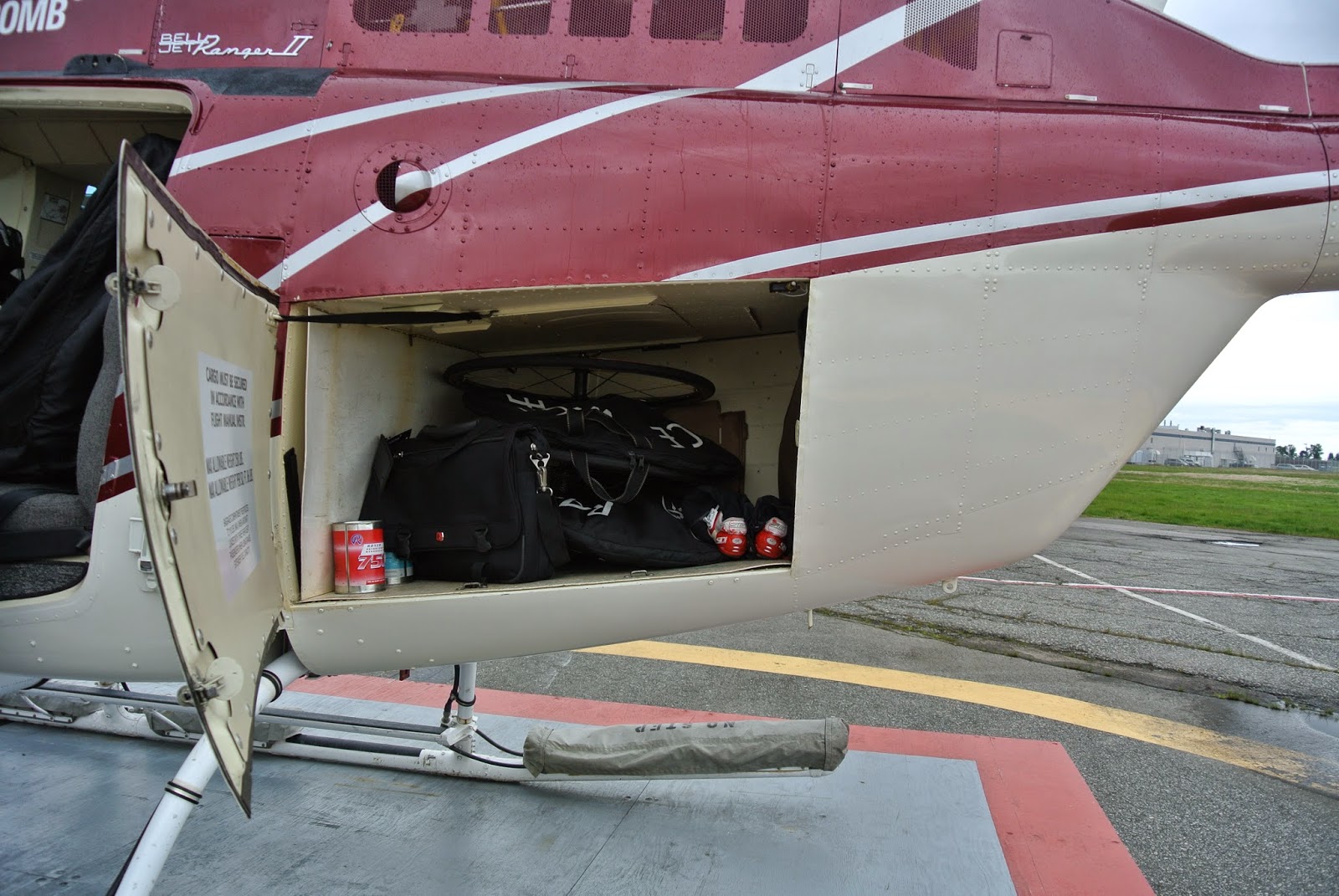 And a boot, to boot.
You see?  I am the very luckiest girl. Ever. 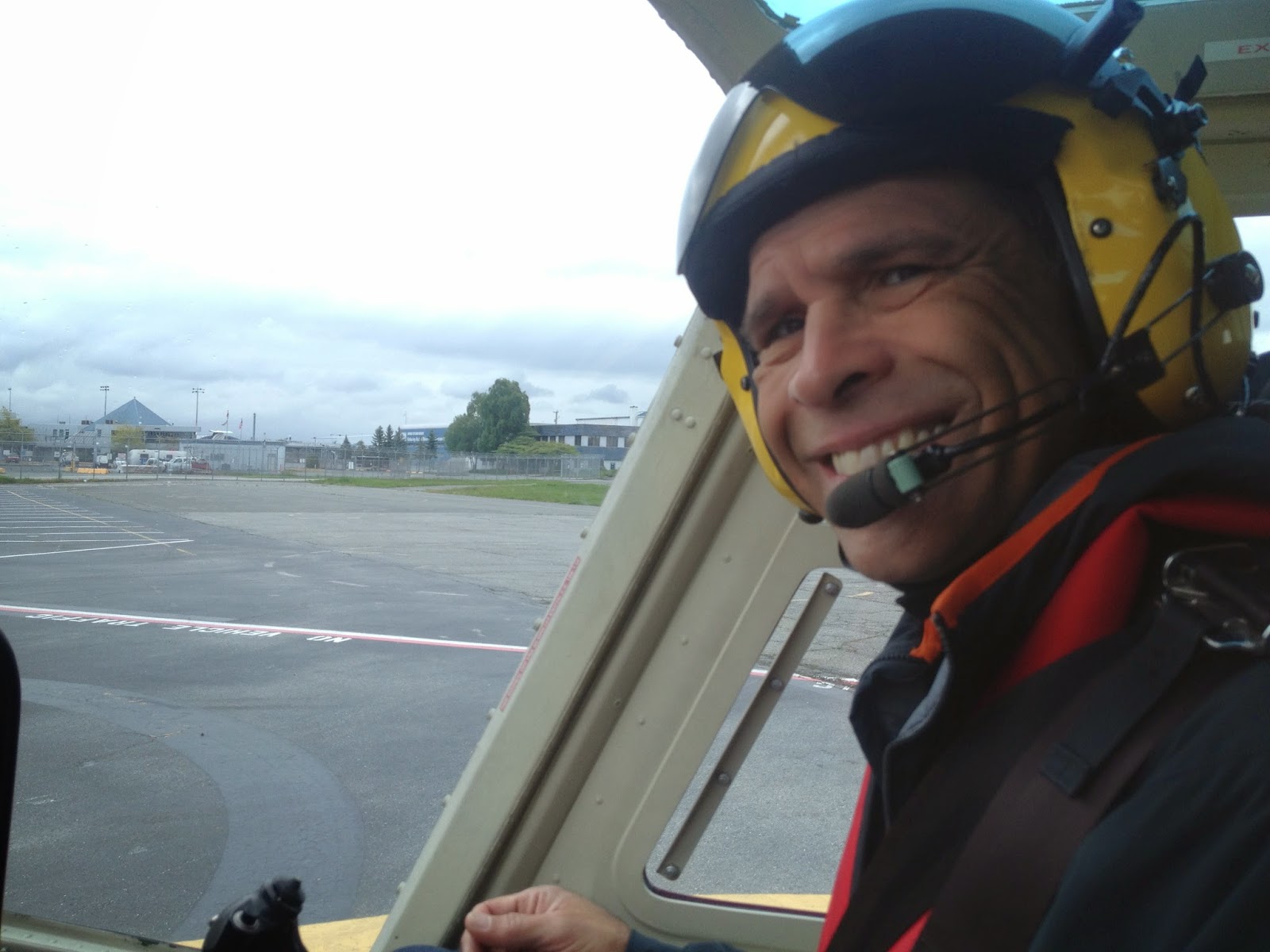 That's Bill Yearwood, the guy at the helm of the BC Master's Cycling Association, and the spiritual leader to BC's road racers.  He's awesome.  Inside and out. I met him on my first vet ride, and he has done loads already to help me become a better racer.  He very kindly made me feel like Queen for the day of my first race.  In the short time I've known him, Bill has already enhanced the babbleverse forever.  For example, he taught me that when your hands start to get numb, you will find instant relief, you will  free the pinched nerve by just putting your hand behind your back, resting it against your tailbone.  You see?  That's priceless. What's more, I am in stellar company!  Bill has helped all kinds of cyclists over the years including my hero Svein, and that's why everyone in this town knows Bill. Everybody.  He's whatchacall a mover and a shaker, Bill.

He made sure I would always remember my first race. Who cares if I burned years of carbon karma in one afternoon?  It was gorgeous.    I saw beautiful BC from a whole new perspective. 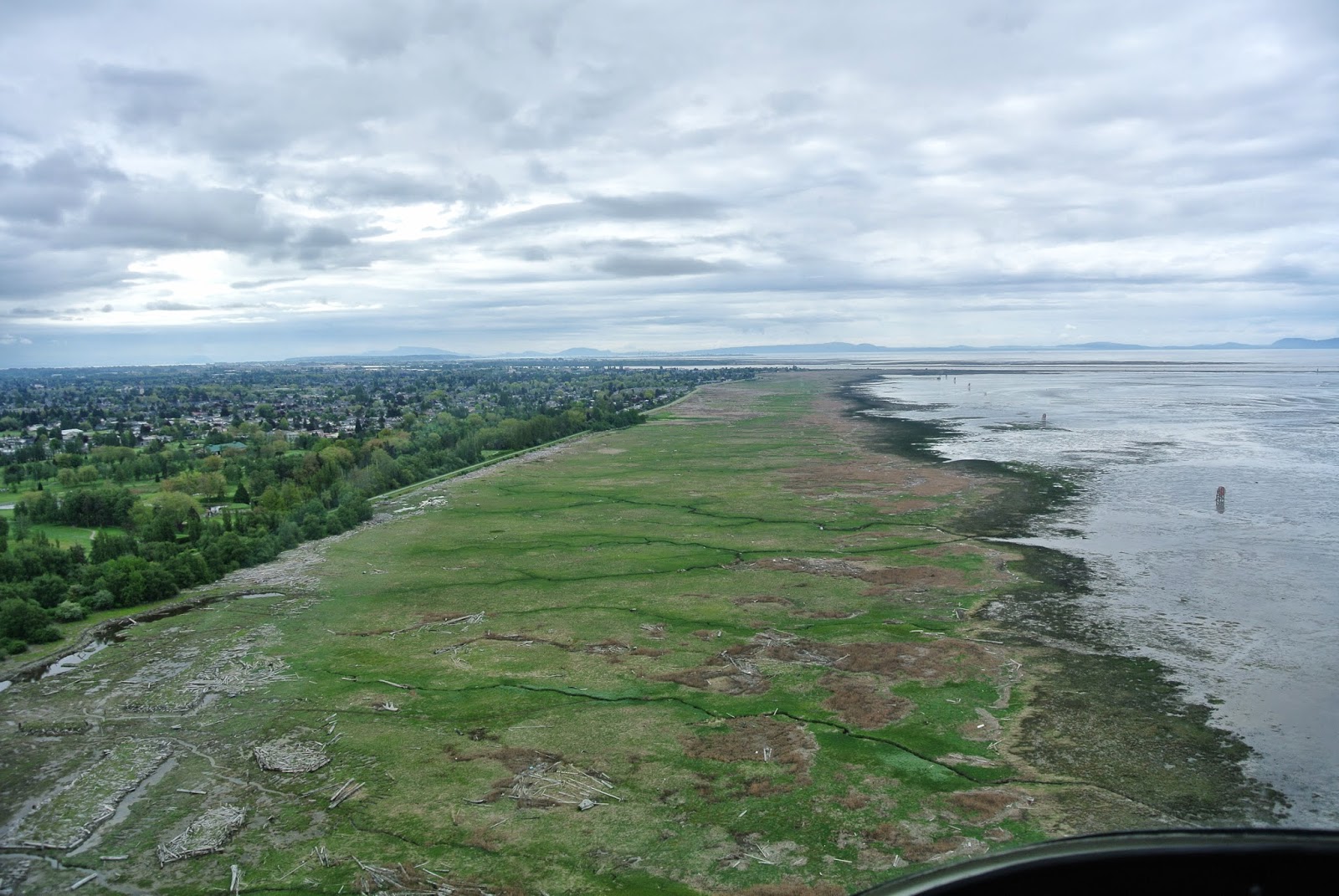 The Fraser River has a profound impact on everything for miles around, but when you cross the Georgia Straight to arrive in the Gulf Islands, everything changes. 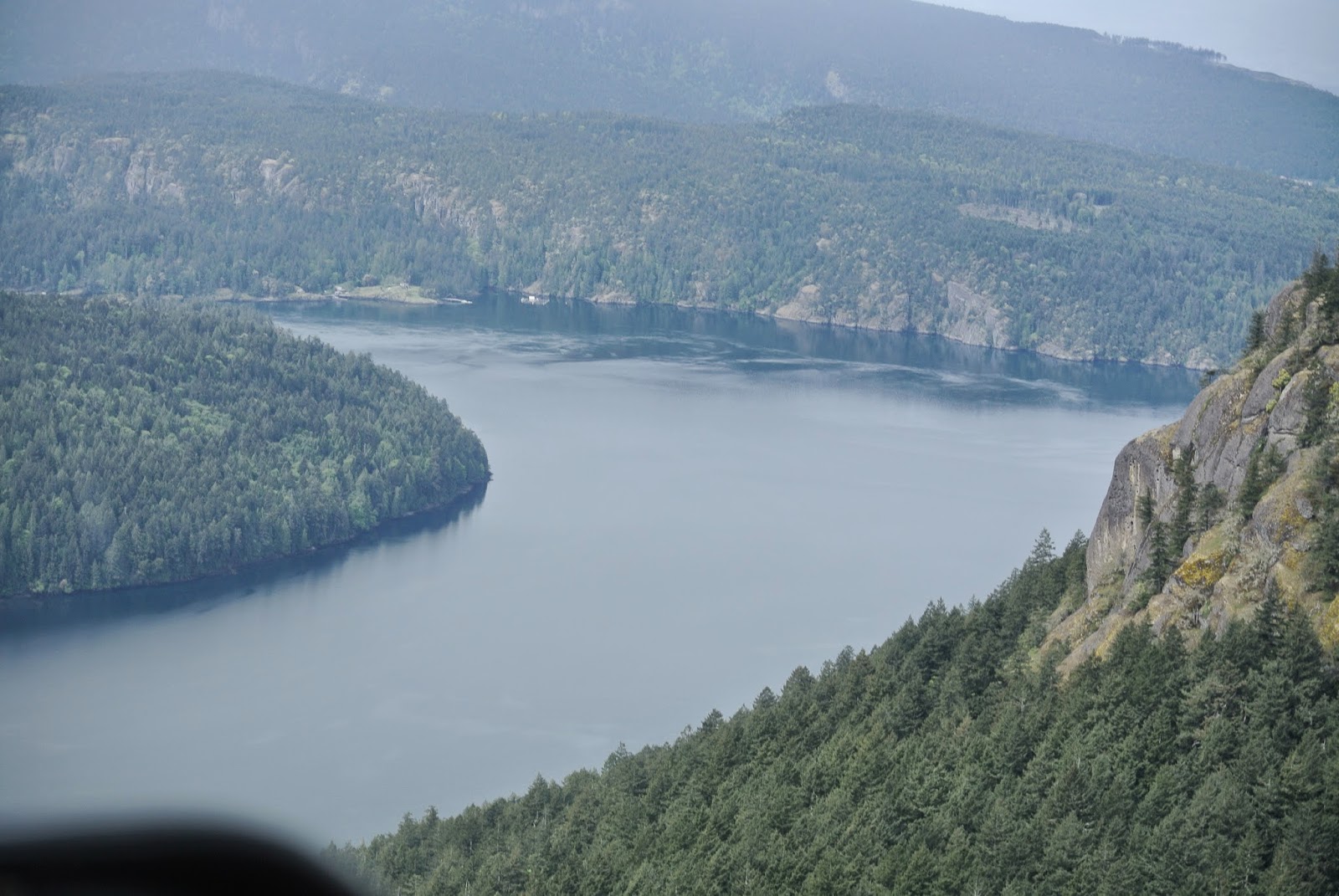 I've been through Active Pass on BC Ferries countless times, but I've never seen it quite like this before: 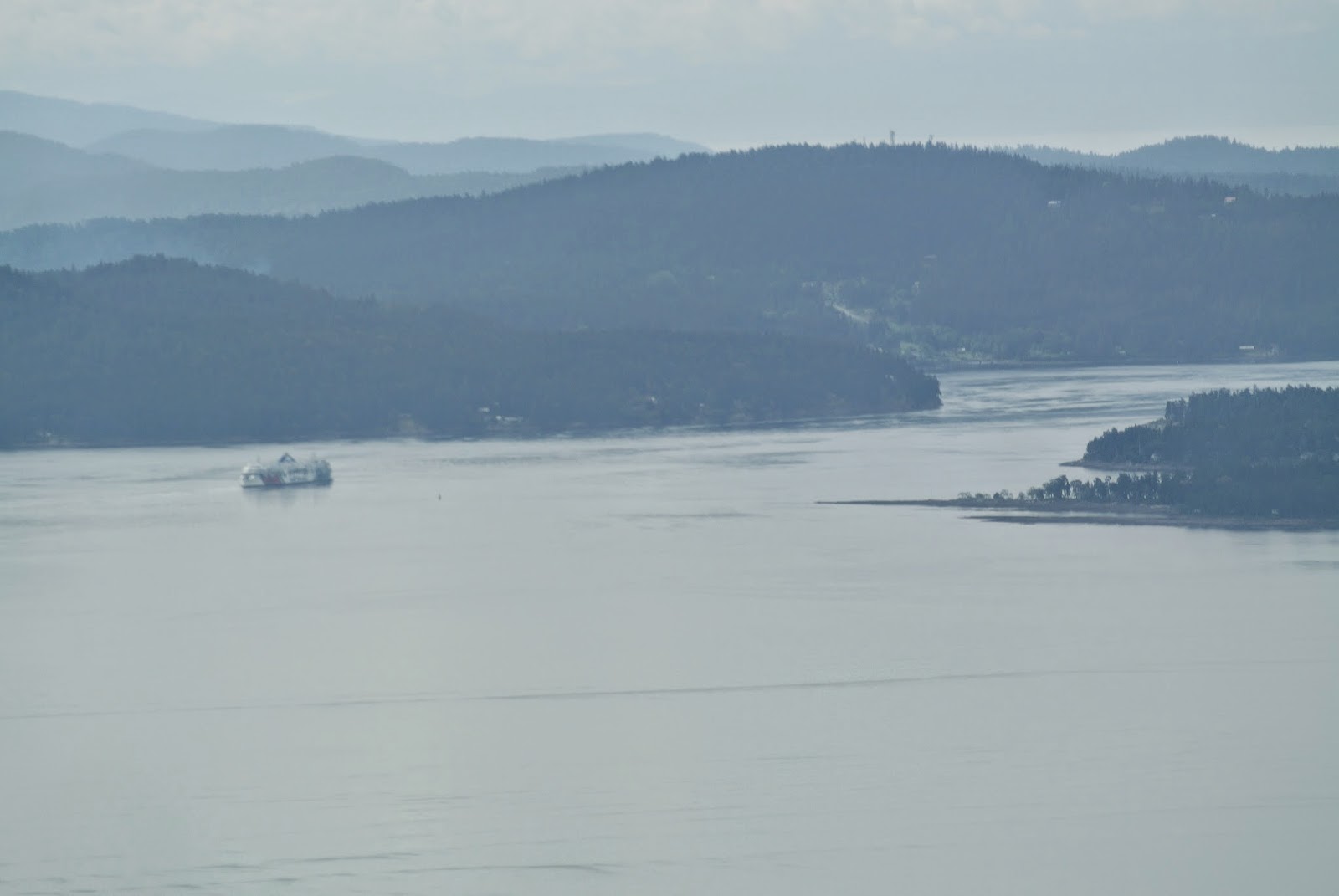 I lived on Salt Spring Island for years, but I never saw that place with it's own little Stonehenge before. 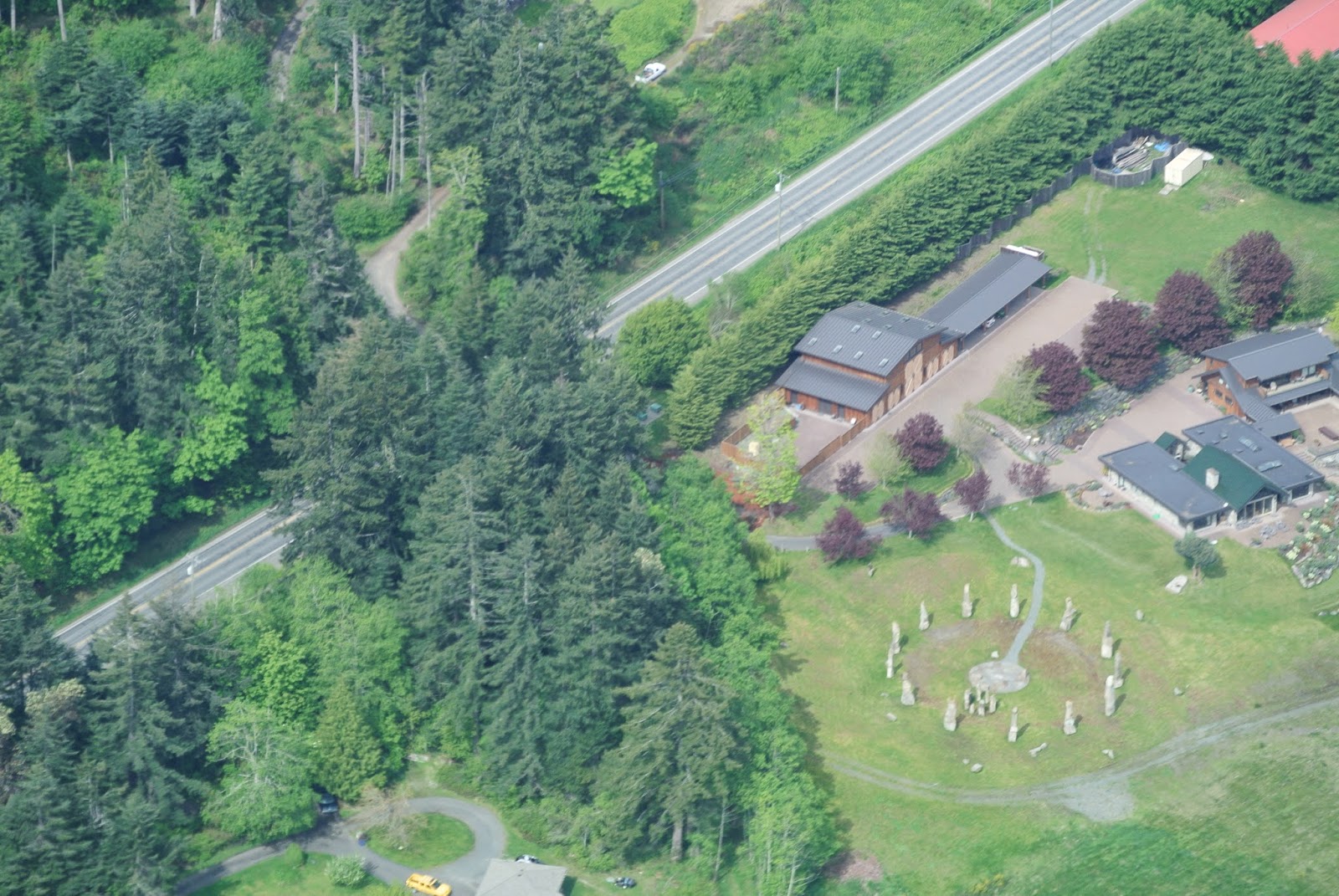 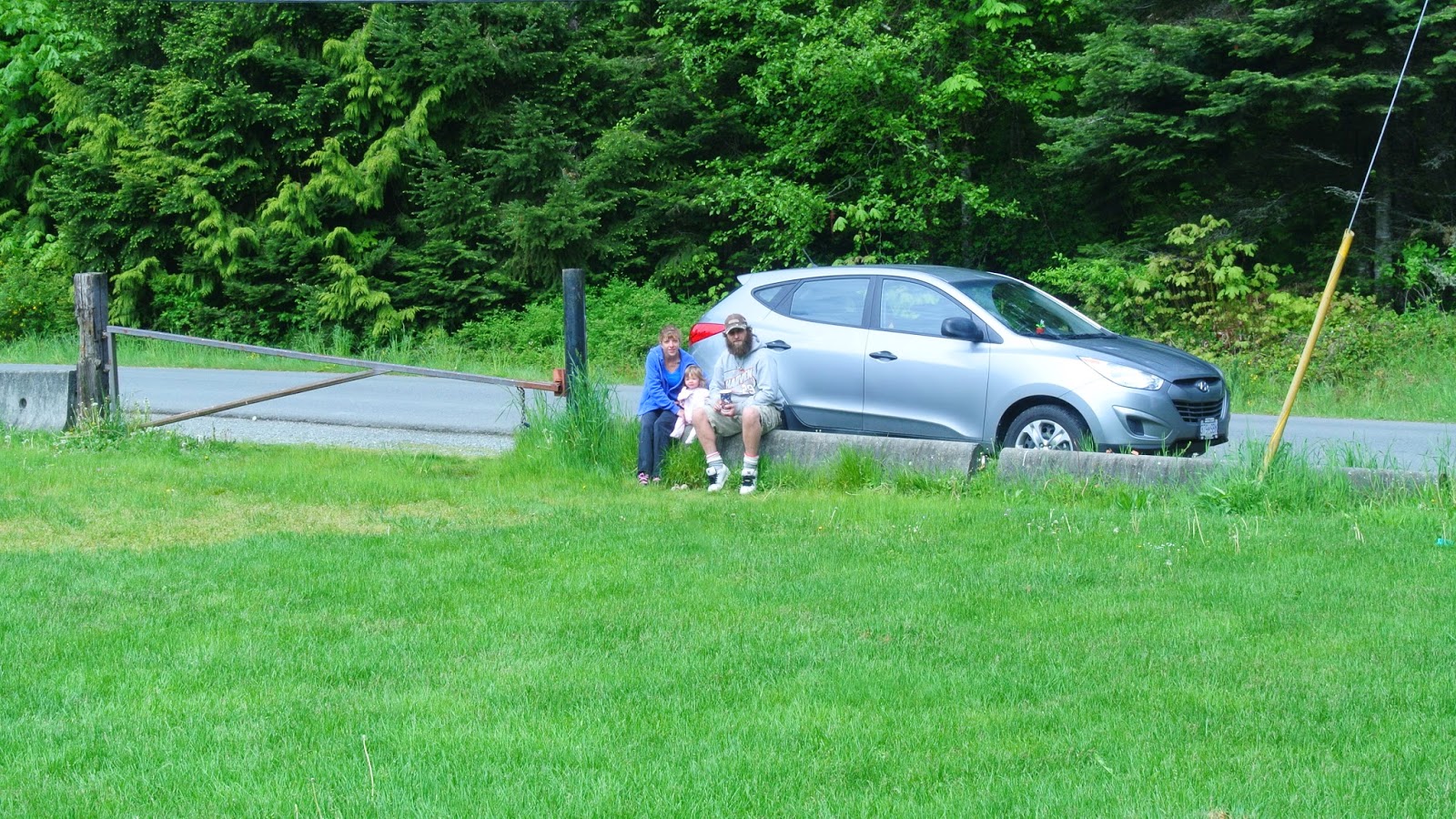 When we landed in Mill Bay we became the entertainment for some of the locals, and fair enough. 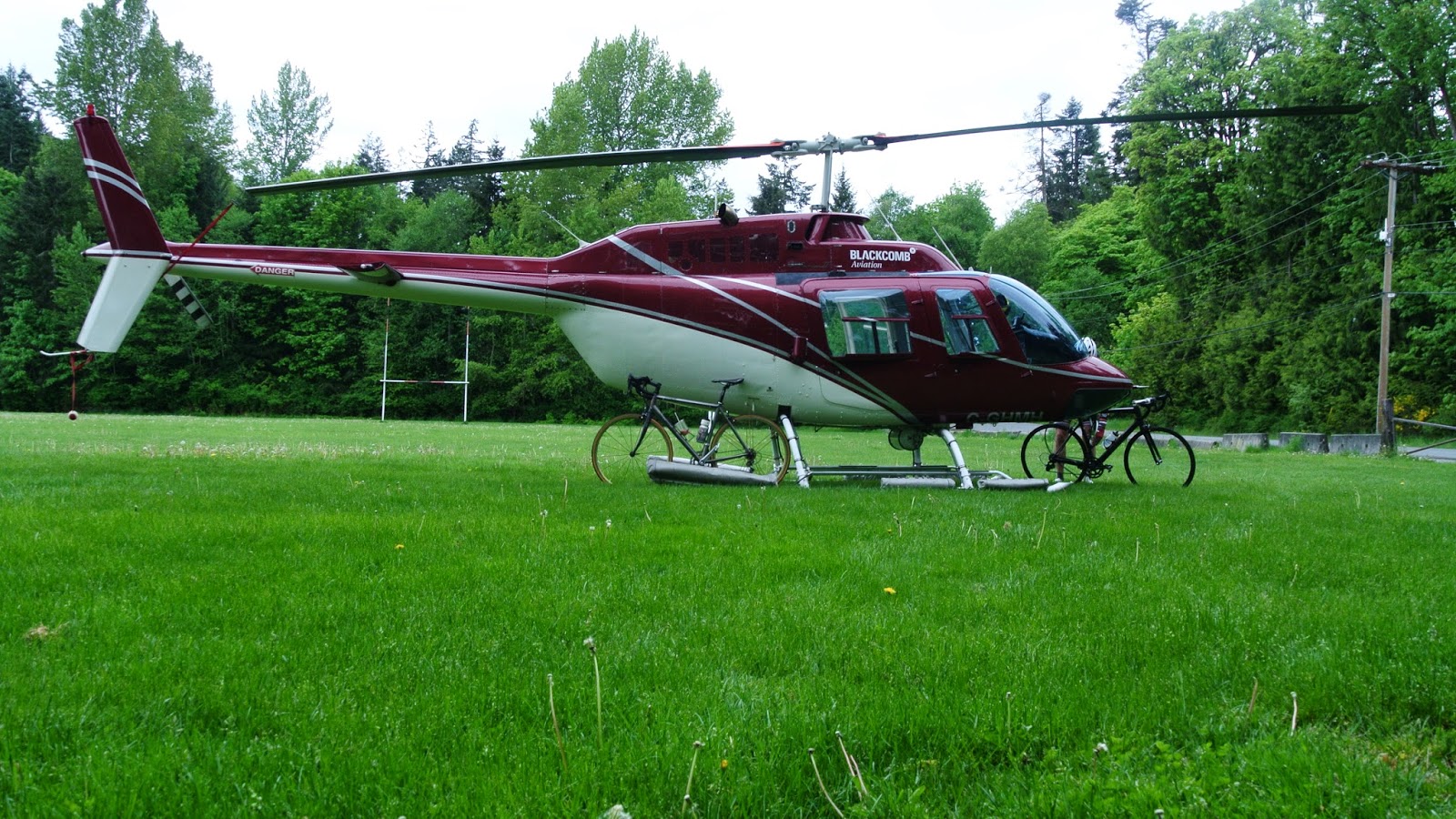 After all, how often can you say "It's raining Freds! Hallelujah!" ? 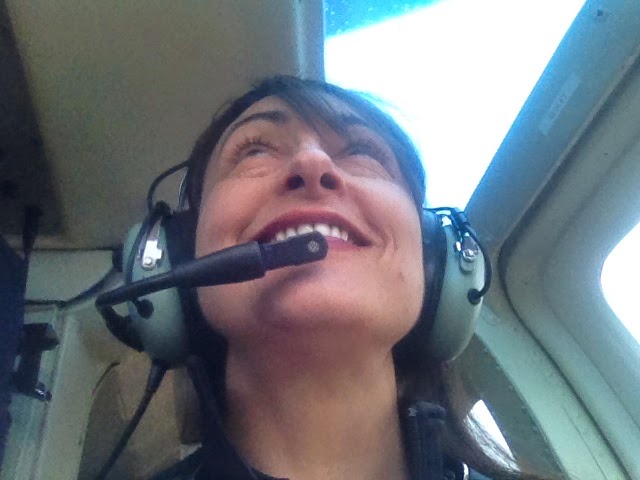 I was grinning from ear to ear all day long, even in the middle of the second race, a 12 km Australian pursuit climb.  I'm too dense to go up easily, so you know how much that hurt. Still I was happy as Larry.

I ride as far and wide as I possibly can every chance I get, because my bike is my happy place.  Even when life is overwhelming, challenging, painful and difficult a ride helps me find a place inside where I find my quiet space of inner peace. It's well within the realm of possibility that I'm a wee tiny bit of an adrenaline junkie, though, because the faster, the better. Even though I have the  need for speed I've never raced before. I always figured that since I didn't compete as a teenager or a youth, that I had missed missed the boat somehow, that there was no place for me in competitive sport. Then I met Lido.  He did start racing as a youth; he just never retired.  He introduced me to a  new community of cyclists here via the Vet ride in Richmond on Sundays. When I learned of Olga Kotelko, magnificent Olga, I found a whole new hero to emulate, and you KNOW I need as many of those as I can get.

Olga inspires me to push myself to my limits, and that's why I wore my best cheeky grin all through the first race, too. That one was a short, steep climb, and my raw score was three minutes eleven, but they took time off for the records because I'm an old lady.  Strava never gives me points for being a girl OR for surviving life on planet Earth for so long, so I expect this segment doesn't quite match up to the official race course.. 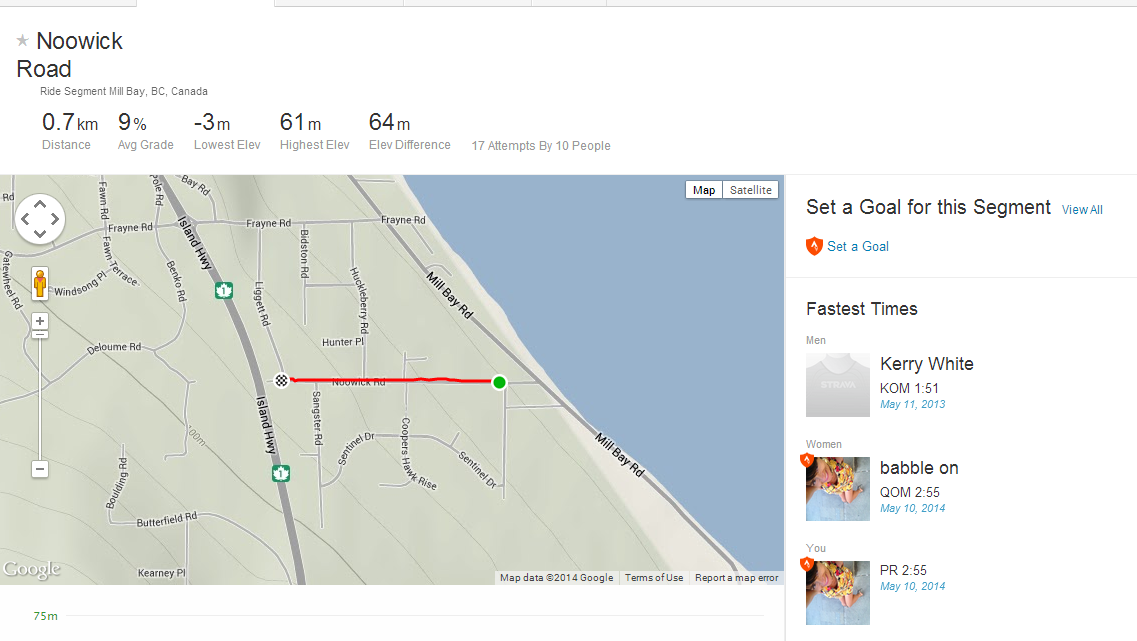 The rest of the ride didn't even show up on Strava, and the GoPro was in some bizarre setting I couldn't figure out, so there is no other evidence of the day's events but this: 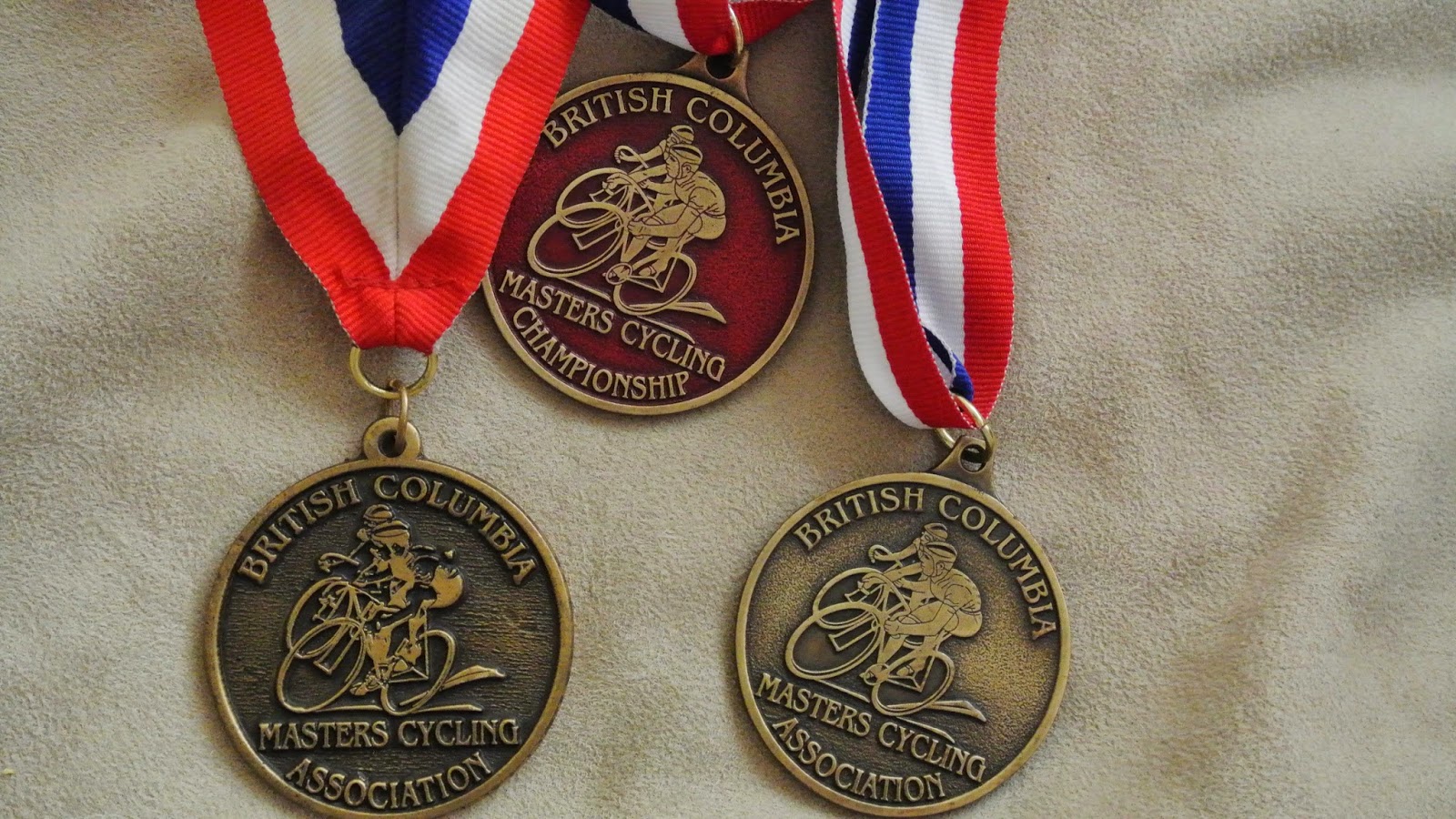 Now hang on a second!!  Before you get all "Wow!  Congratulations!!" on me, just wait one minute. Several of you have already offered your congratulations, and one lovely couple even gave me roses! Wow. Thank you!! But you should know that they gave out more medals than there were riders. One of my medals, for example, is for being the top female competitor in the event, which is a HOOT, because I was the only female competitor in the event! Lovely Bill was kind enough to tell me that I am the number one ranked female master's cyclist in the province.  What he didn't mention, bless his heart, is that it's only cause it's very early in the season, a flash in the pan for me to treasure.  That, and the fact that there are never a lot of girls in the peloton.  Sad, but true. And that's crazy!! Honestly. Girls, you have NO IDEA what you're missing out on.

Heh heh. No idea. C'mon, haven't you ever wondered about the cyclists' very own version of the chicken and egg conundrum thingy? You know the one: Do hot guys make the best cyclists, or does cycling make the hottest  guys? I think about it often.  I can't help it.  Lately I've found myself in the company of leagues of fast, fit, fabulous cyclists, and most of them are men. What's not to love about that?  (Well, I do wish for more girls... it's nice to share:)
Ok, so the truth, the whole truth and nothing but the truth is I am sure that I am sure there were more medals than riders at that event, though I wasn't exactly counting. It seemed as though most folks won something, though I can't be sure of that. What I can be sure of is that there were a few riders who won a lot of medals. A girl has a feel for this sort of thing. In the absence of any podium girls in our midst, it fell to me to hand out the medals, which meant there was a LOT of kissing going on. Wait. So let me get this straight. There are lots of hot cyclists here, and I'm supposed to what?! I'm supposed to kiss everyone?  Really?! :D

Yup, so that was pretty cool, too. You see why I love my life...

My first ever race day was just like living in a  fairy tale...  I am so blessed. It was a Dream Come True kind of day, and the best bit is that we get to do it again very soon.  The road race part was delayed a week, so it's this coming Sunday, and yes, we're flying over again!!  Everywhere I go, everyone knows Bill, and everyone loves him.  It's really easy to see why.  He spent his day on Thursday flying dozens of disadvantaged youths around in an effort to open their eyes to the skies and to the potential and possibilities within themselves.  He is a force of nature, Bill, and a true pillar of the community.  All I can say is "Quack," cause I'm a lucky duck. 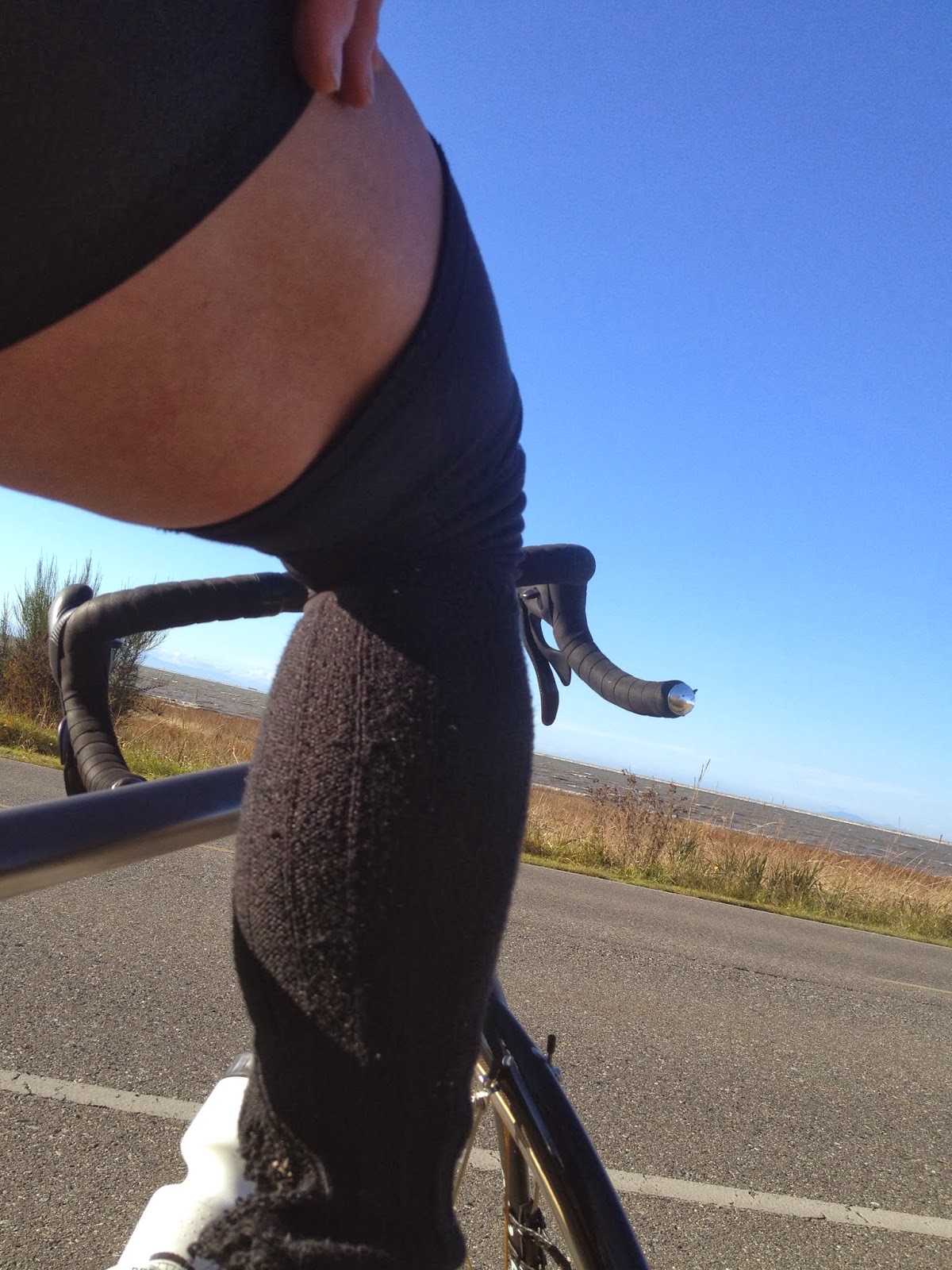 Sooo... wish us a great big sucker-hole in The Duncan skies this Sunday, mmmkay?  Then these legs can go go go! :D