Why are big companies so short-sighted? It's time they learned to maximize their prophets!

Q:  What do bicycles and airplanes have in common?
A:  Bike seats! 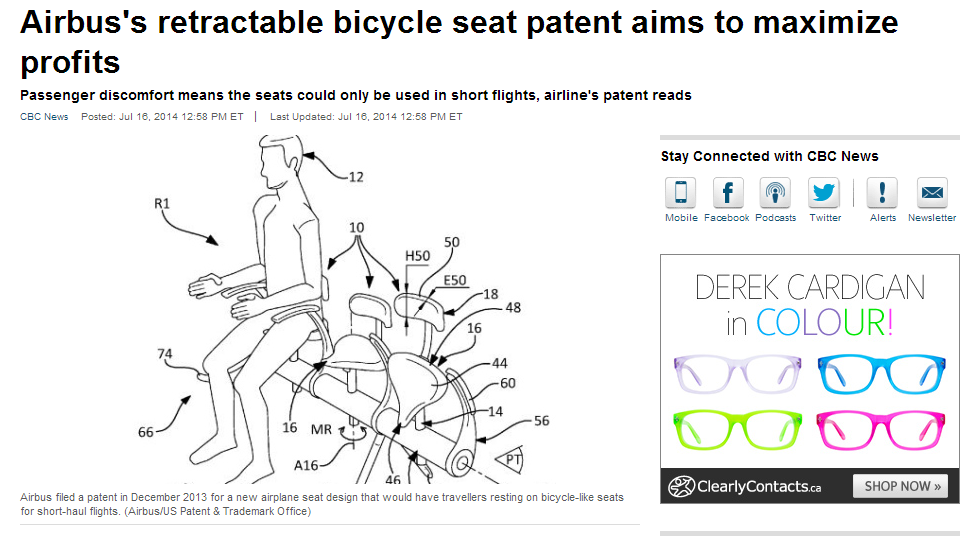 You might think that business class travellers wouldn't stand for such seating arrangements, but really, they have nothing to complain about, because for the money they have to shell out, surely they will be upgraded to Brooks saddles. 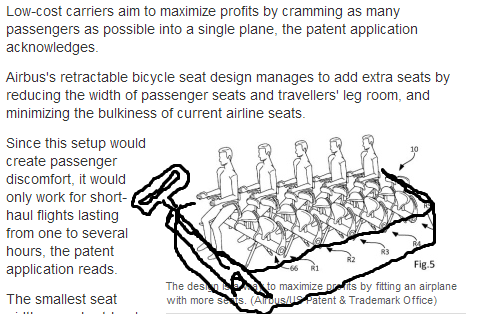 If they implemented recumbent technology, they could just stack the seats on top of one another! Imagine how many more passengers you could fit into a plane that way!  And what's that?  Bit of turbulence causing issues?  No worries. There's always the old shark fin saddle.  The soon to be released ribbed version will add an extra dimension of pleasure to any turbulence you may encounter along the way.

Yeah, ok, so the future of air travel is nothing to rave about, but have hope.  There are still bikes. 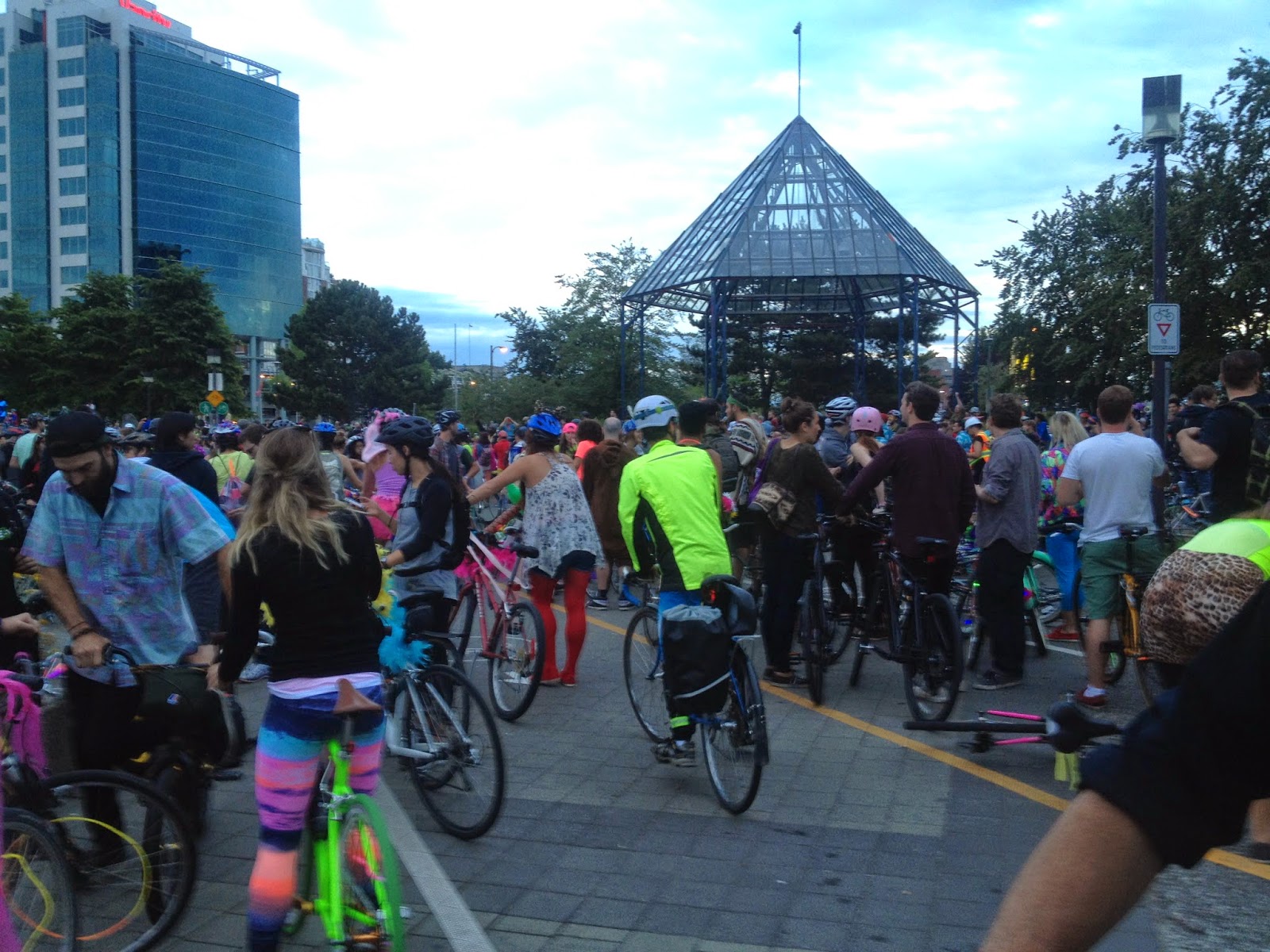 And if you happen upon a bike rave in Vancouver, you'll find thousands upon thousands of them. 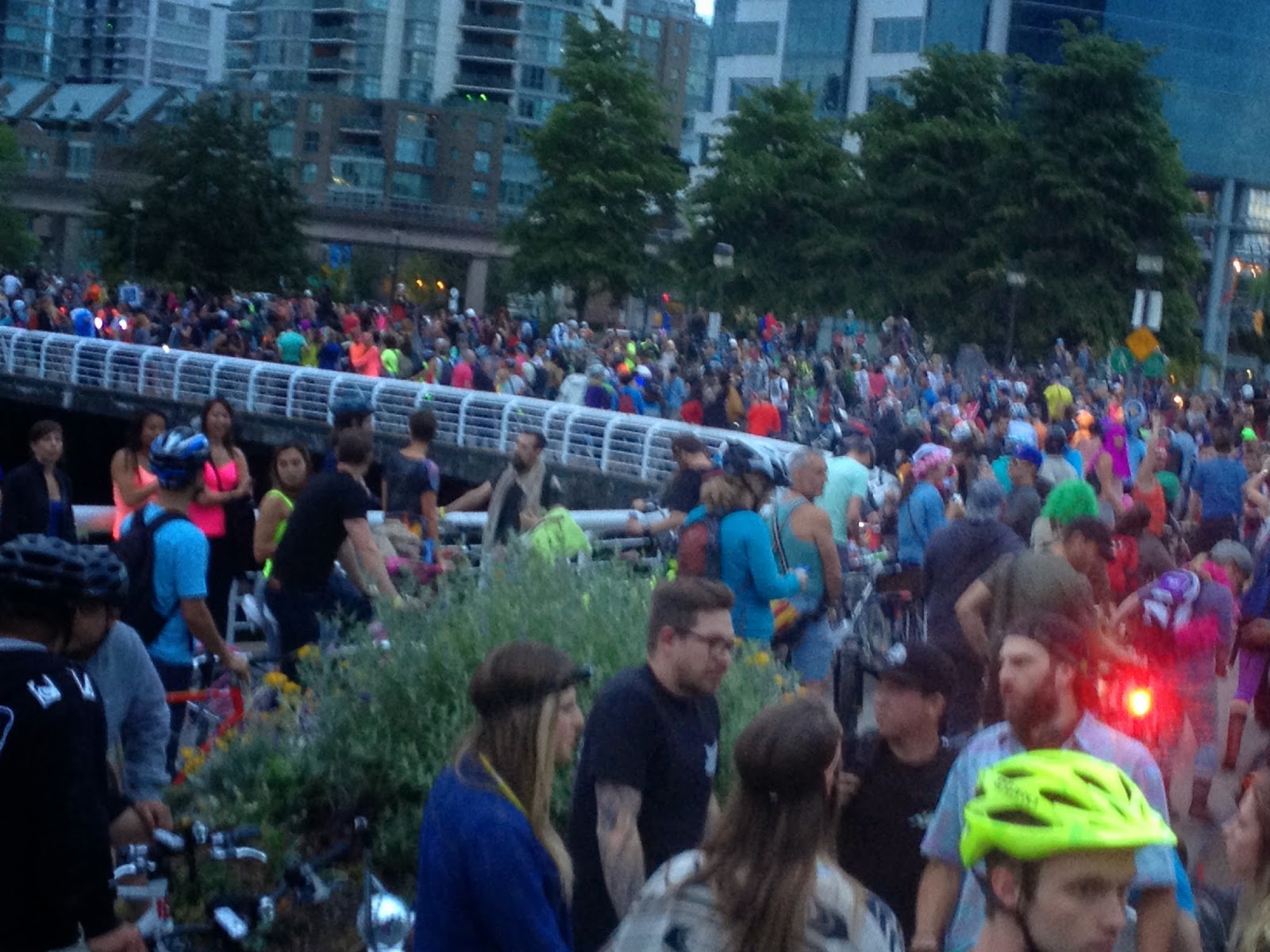 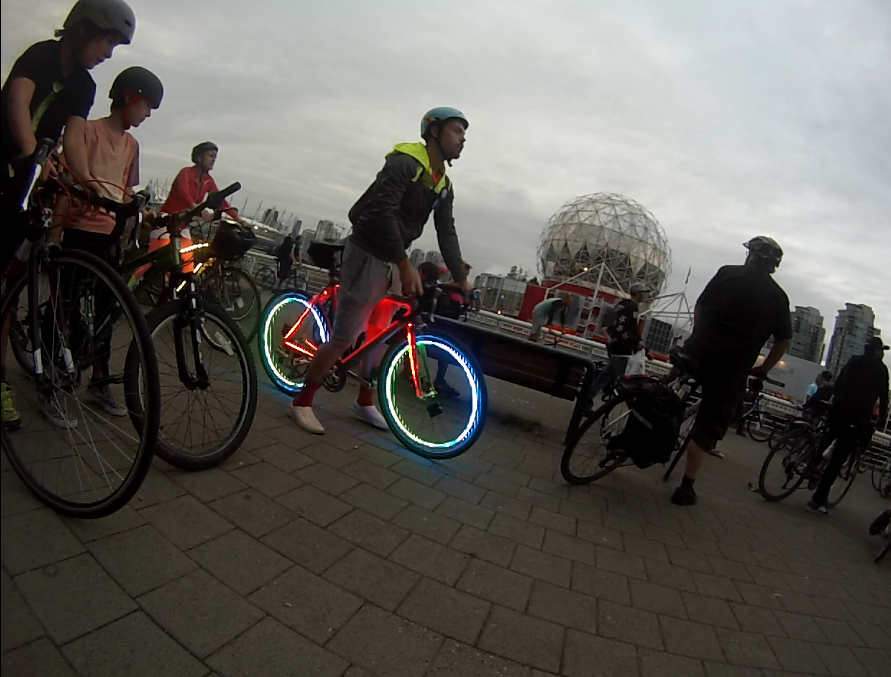 Let go of your pre-conceptions.  It's not all about the glow-schtick.

Actually, Vancouver has lots of things to rave about these days.  Like the Point Grey bike lane, for example.

Have you ever noticed how the level of resistance to new bike infrastructure is directly proportional to the affluence of the neighbourhoods involved?  This particular lane created unprecedented opposition and controversy before it was built, though it sure is popular now.  This used to be a very dangerous, difficult road to travel, a congested and fast-moving thoroughfare, and now it is a pedestrian and bicycle paradise.  The houses along Point Grey used to have to deal with endless heavy traffic, twenty four hours a day, and now the road is almost like their own private drive.  It's really hard to understand just what all of the fuss was about.
Resistance = no place like ohm. 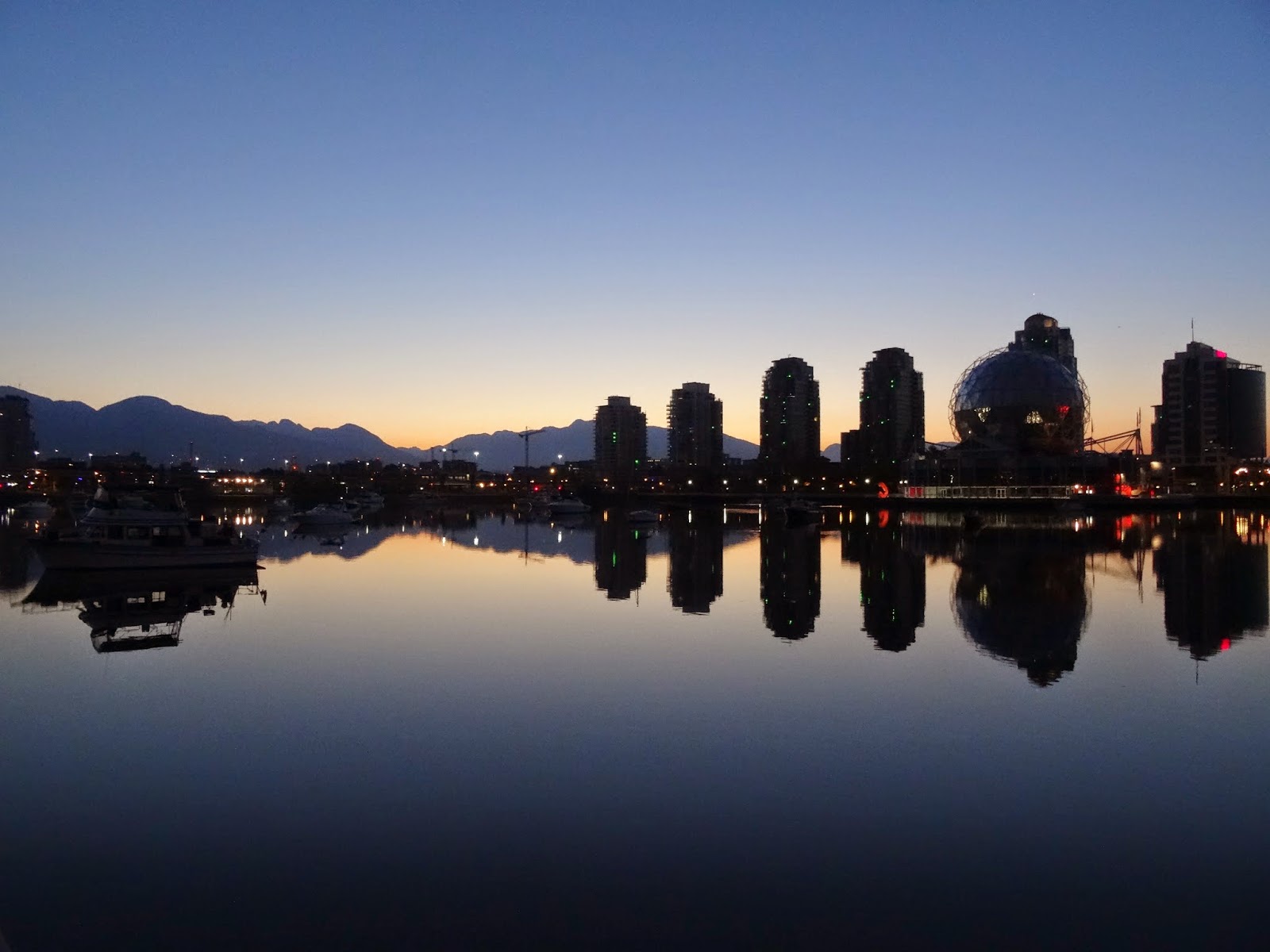 And in other current events, Kinder Morgan wants to build a tunnel through Burnaby mountain to triple the amount of oil they transport to their  Burnaby tanker terminal, and they can't understand why Vancouverites don't dig it.  Never mind that an oil spill in this harbour would be devastating.  Never mind that ramping up petrochemichal production is counterproductive to planetary health and the greater good of its inhabitants. Kinder Morgan has to placate its shareholders and we all know that's really what matters. As the Canadian Pacific railway demonstrates, people don't count.  The environment?  Poohey.  Who cares?  Sacrifice it on the altar of profit. 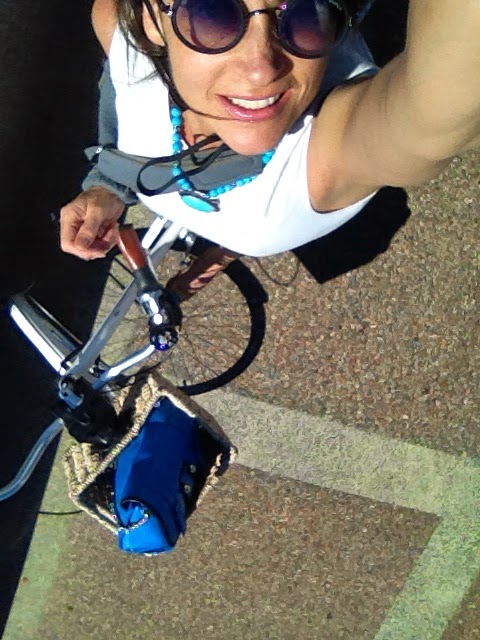 After spending some time in Alberta, home of the tarsands, and where Car is King, I am just happy to be home.