The Seat Post: you can't saddle me with the blues.

Wow.  What a big week in the news!  Sure, Canada suffered its very own terrorist attack in Ottawa, and yes, the CBC's biggest star is definitely not the great guy he seemed to be, but I am talking really BIG news here. Seriously. Did you hear? Washington State has shrunk its ferry capacity to reflect American weight gains. That's right. And what's more, Crash Test Dummies are Getting Fatter to match American drivers. Gone are the fit crash test dummies of old, weighing in at 169 lbs. 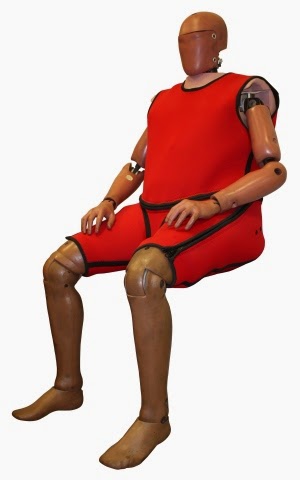 Earlier this spring, when I started racing, Bill Yearwood (President of the BC Masters Cycling Association, and Investigator-in-Charge of the Transportation Safety Board) lifted Ti Baby and laughed, saying "no wonder you're so strong!" because my bike weighs almost six pounds more than his. So I looked into what it would take to bring my bike in line, and it didn't take long (even for my tiny brain) to figure out that it would be much more cost effective to drop a few pounds round my middle than it would to make Ti Baby a few pounds lighter. 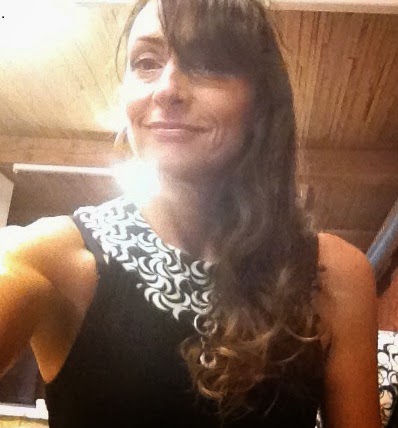 But nothing appears to be getting any lighter, not this crash test dummy, and not her faithful steed, either. 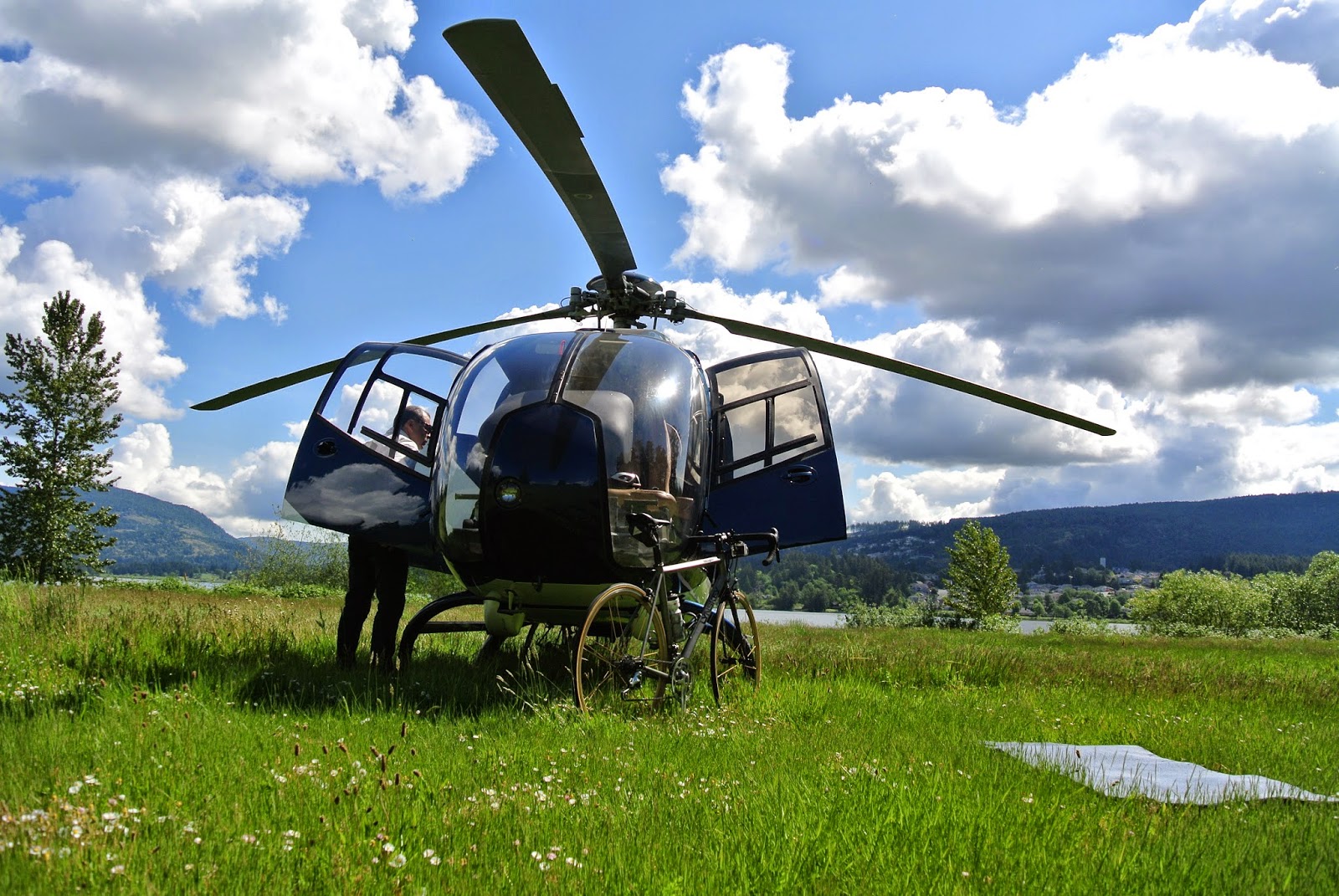 Back then, Ti Baby weighed 19.5 pounds, but today, fully winterized, it tips the scales at a hefty 21.8 pounds! 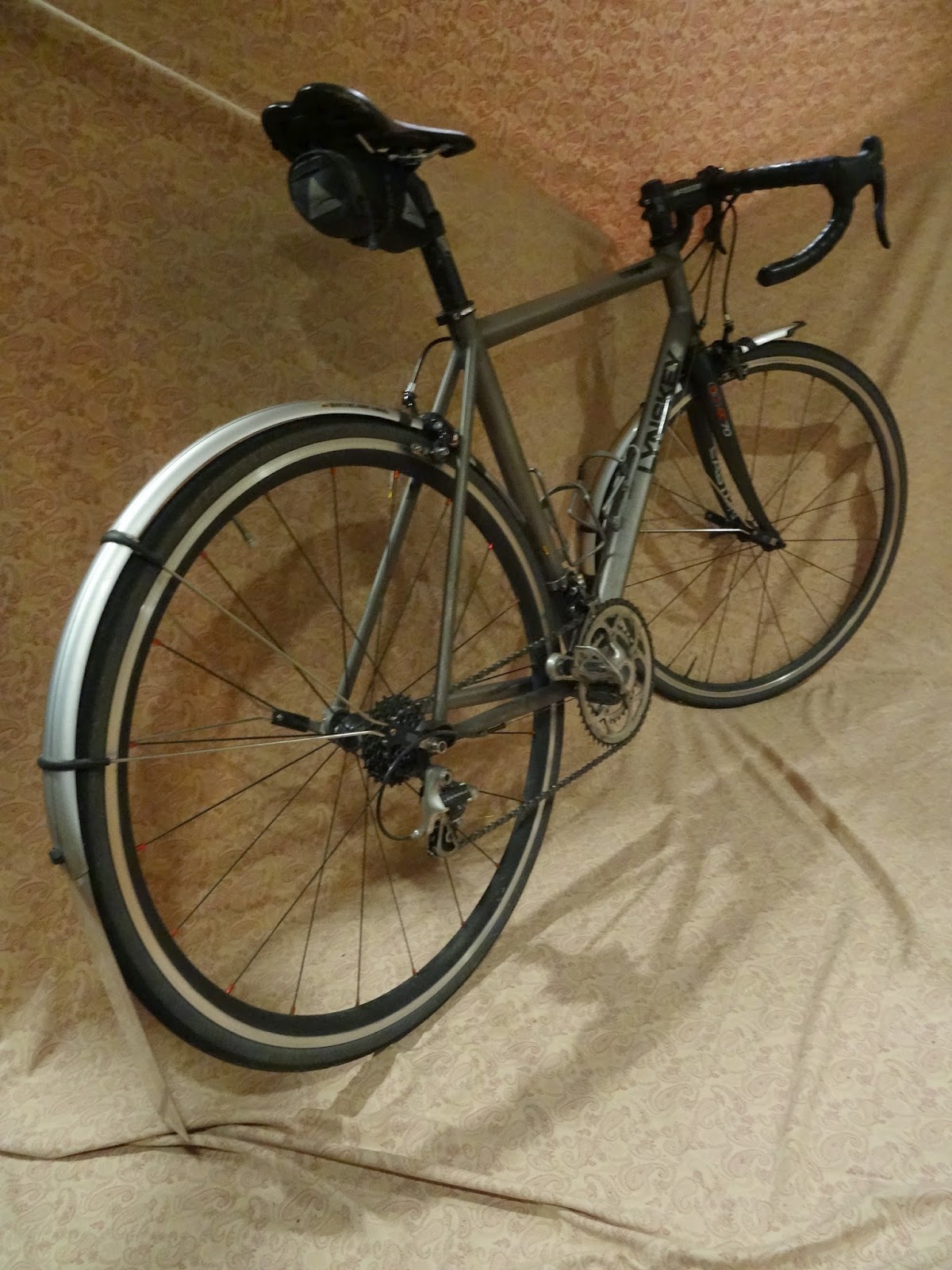 And me? Bloody hell, all geared up for winter, I don't even want to know.

What I DO know is that poor Bea bike's saddle was looking a little worse for wear, all sway-backed and sagging in the middle.  When I'm riding with the fast boys up there, I like to stay in the drops as much as possible, but I'm not such a big fan of riding in the droops. I prefer that my rides have some serious rigidity. 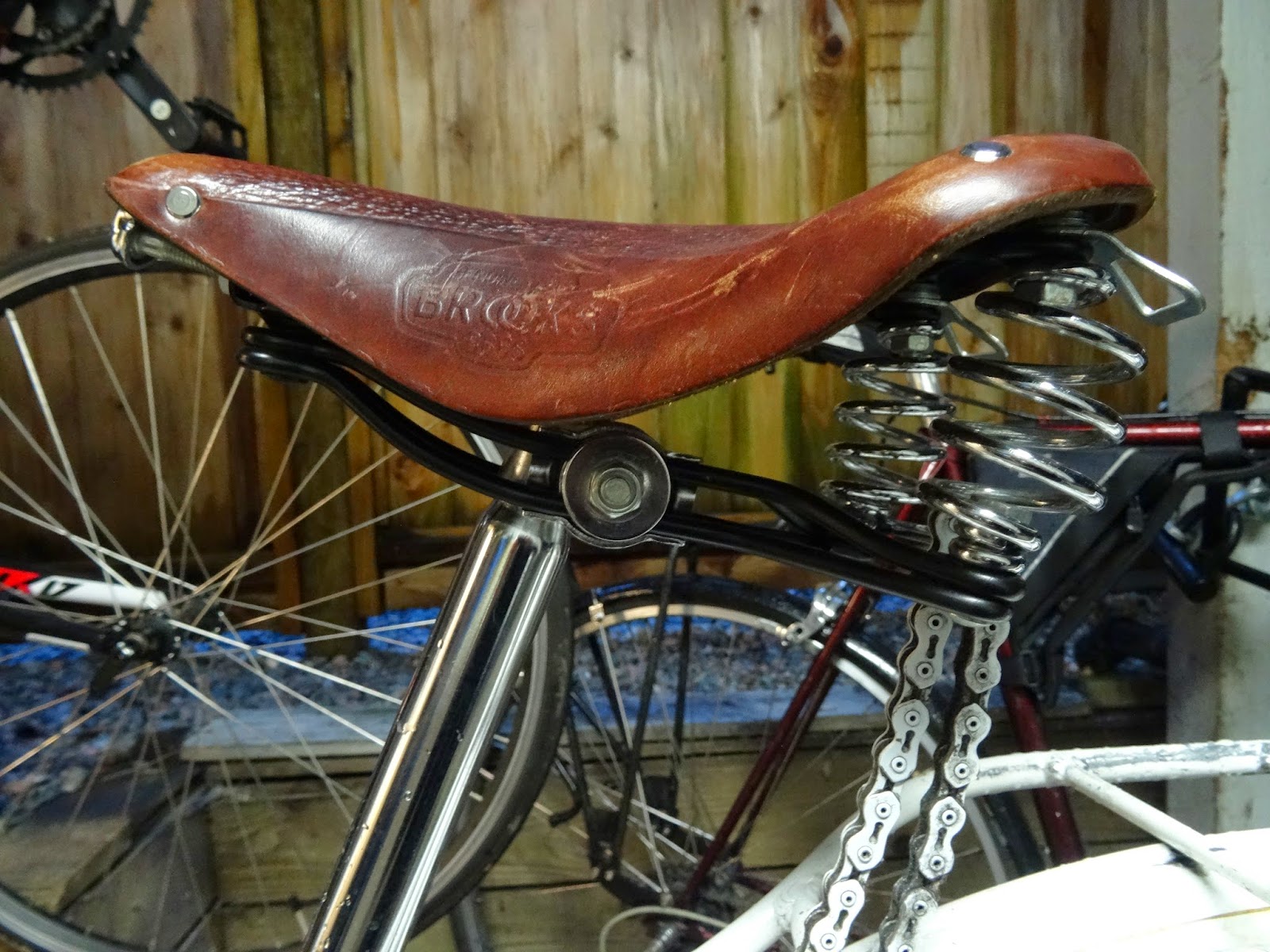 It was distressing that the saddle is so distressed. It's less than a year old, and yet the tension adjustment bolt was completely maxed out. 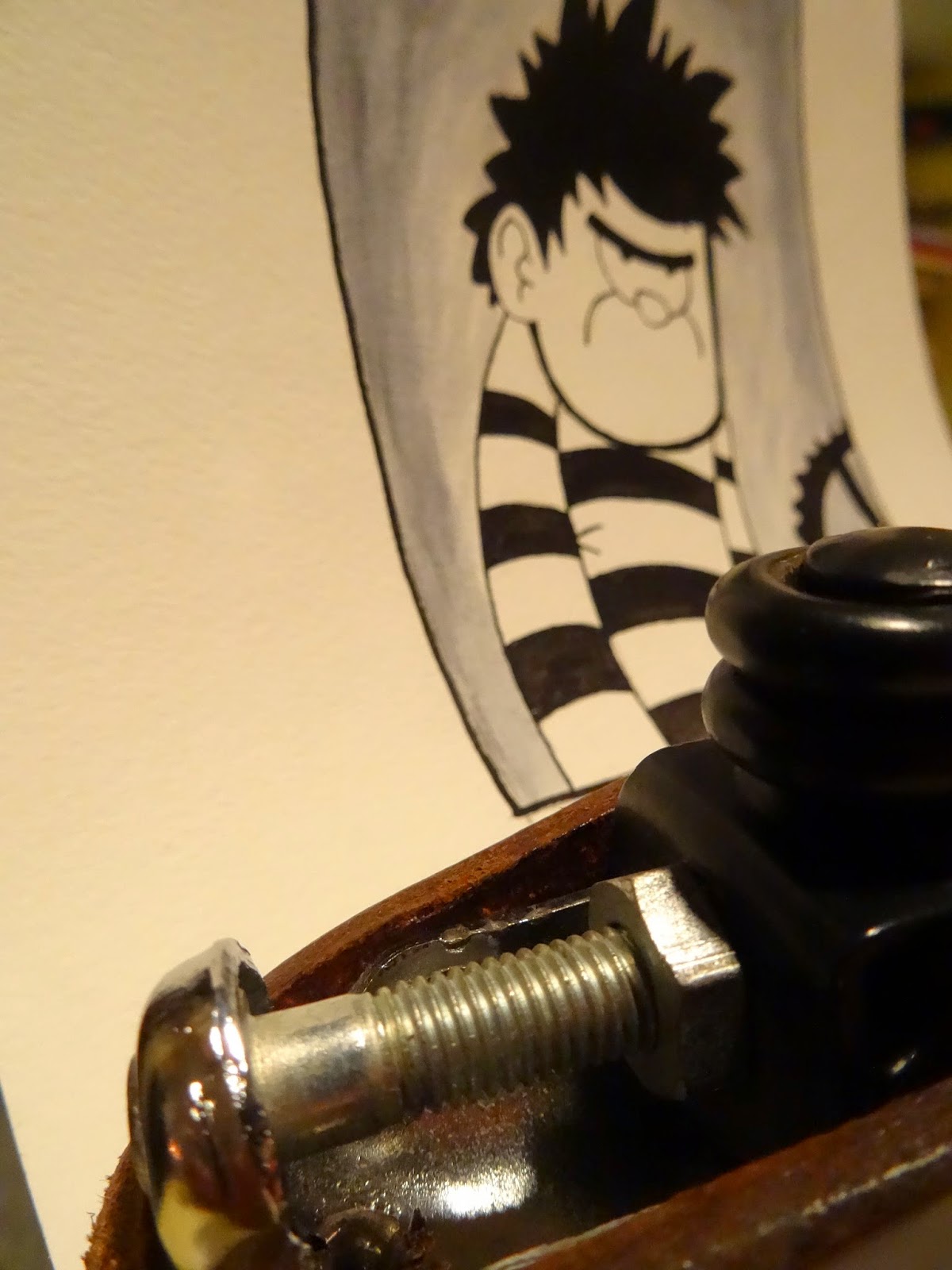 Meh. As if anybody needed further evidence that I am hard-on things.

I was fit to be tied, which was fitting, all things considered. I'm not just old, you know, I am a bit old fashioned, too, and so I like to apply old school solutions whenever it works. Long before Brooks employed the saddle adjustment bolt, they used a hole different system. 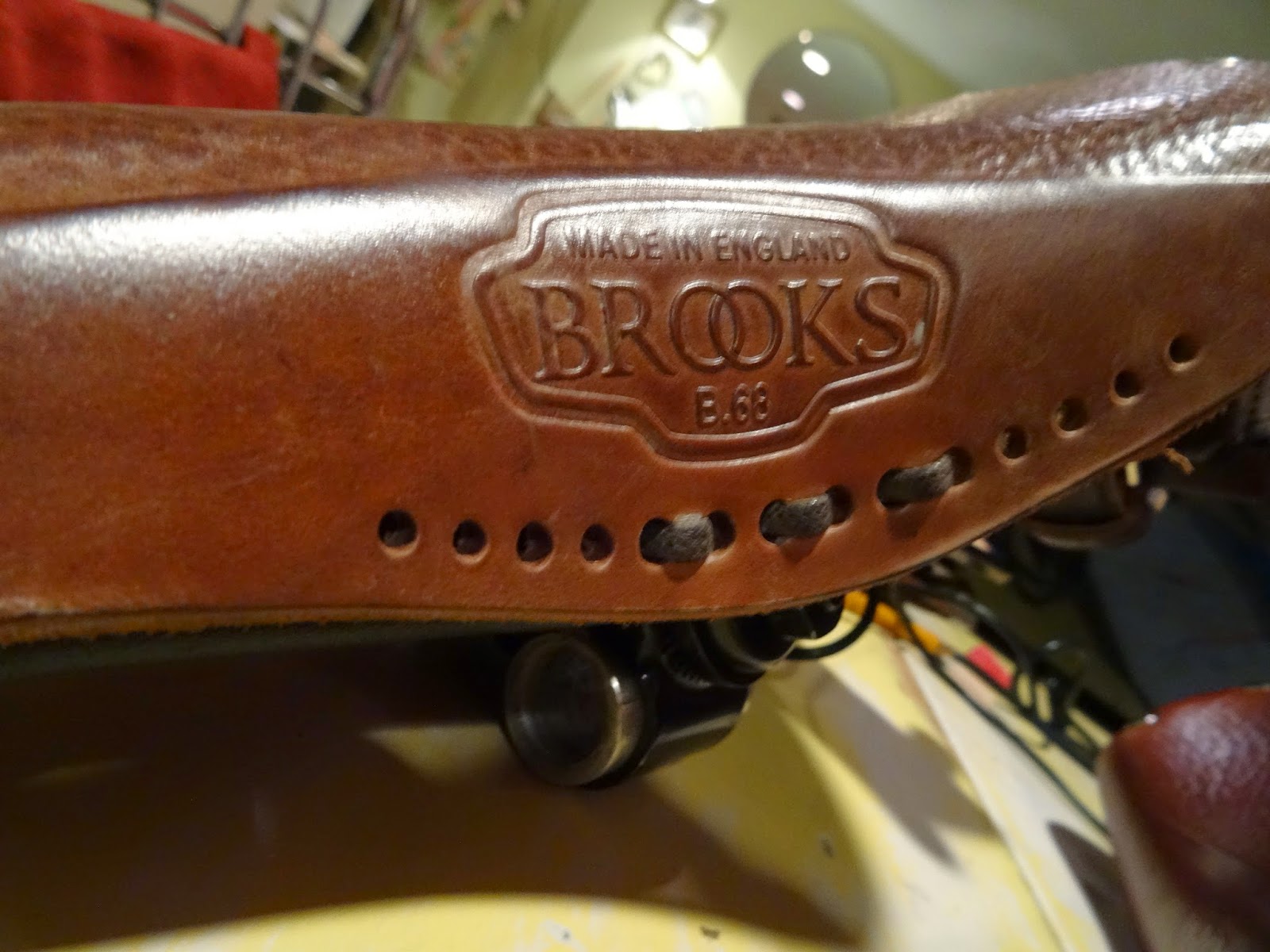 And you know how I aspire to holiness, (you've gotta be holy if you want to be the pope!) so it was definitely time to swiss cheese the saddle. 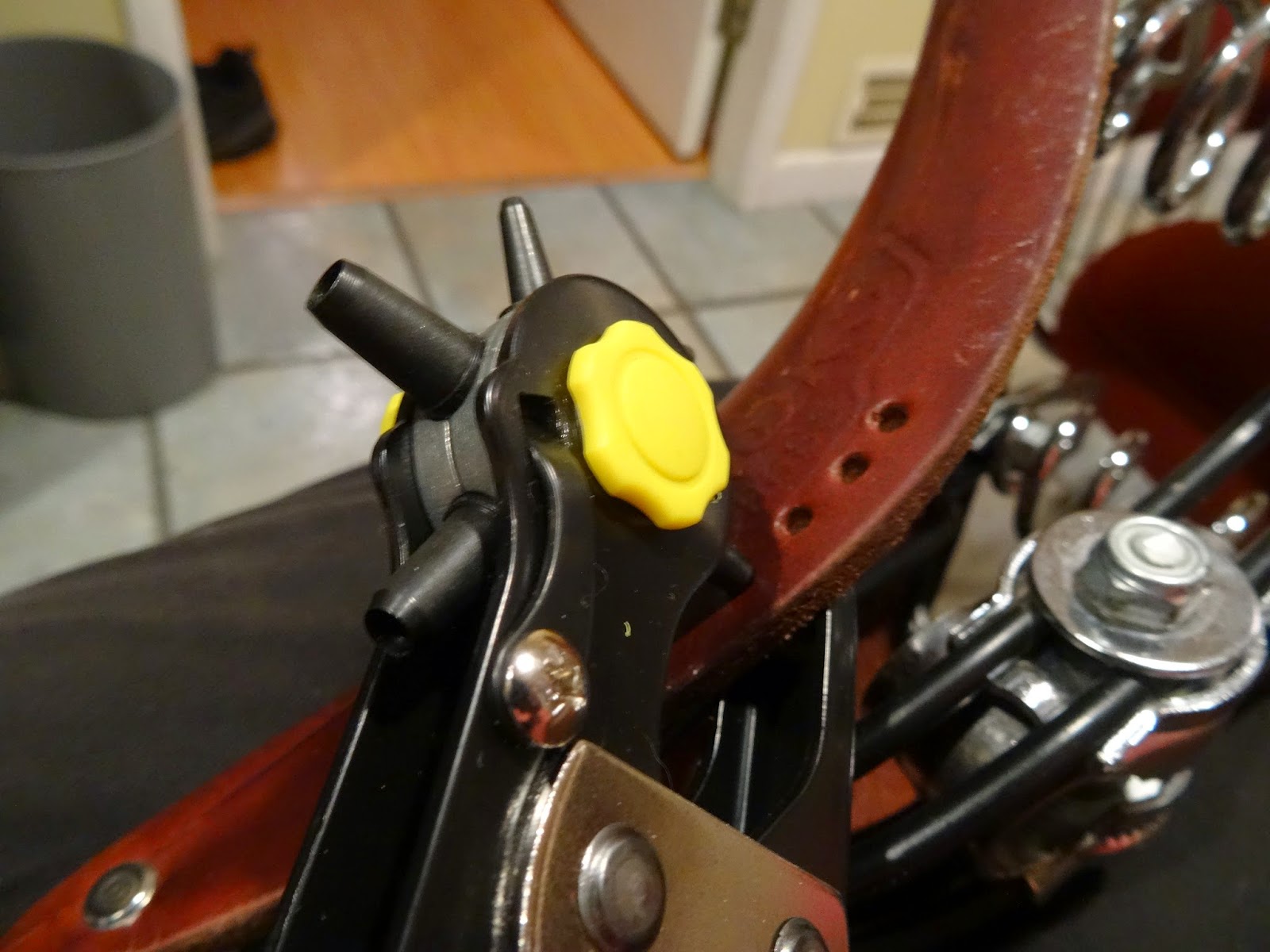 I decided to give it the corset treatment... 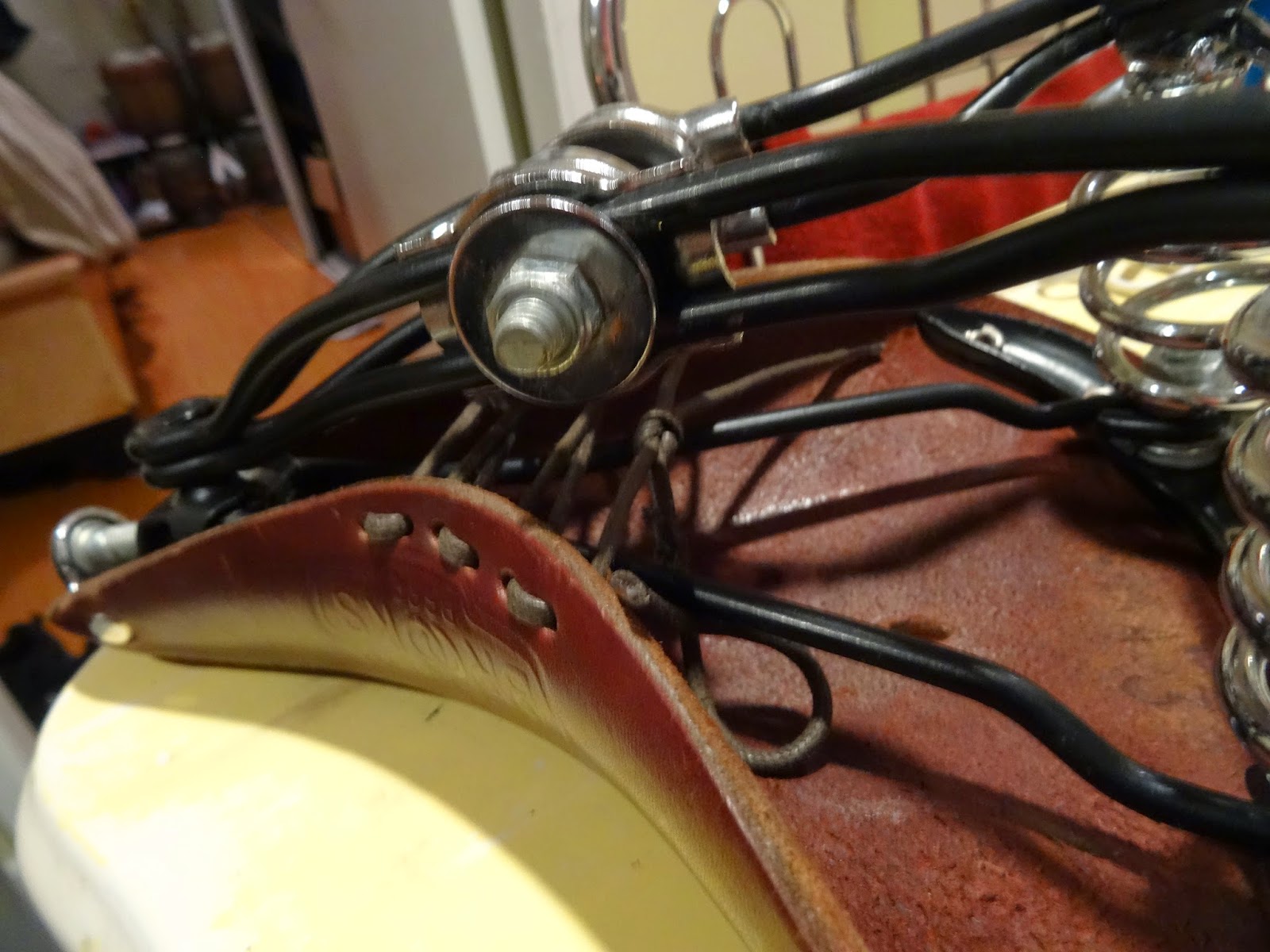 y'know, a little bit of leather and lace. Might not be the way that Jian likes it, but it suits me just fine. 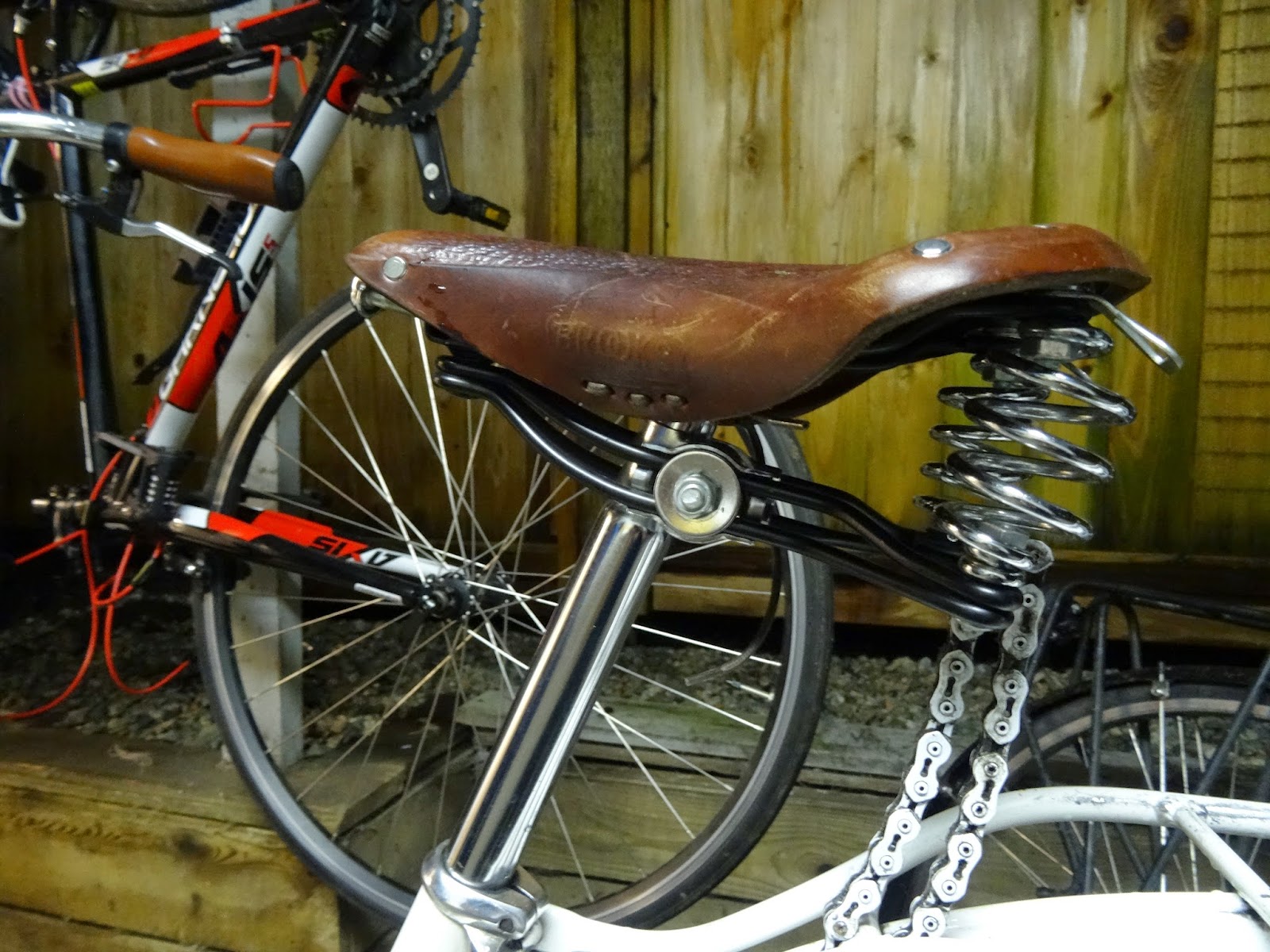 So fine, in fact, that I gave it the babble on seal of approval. 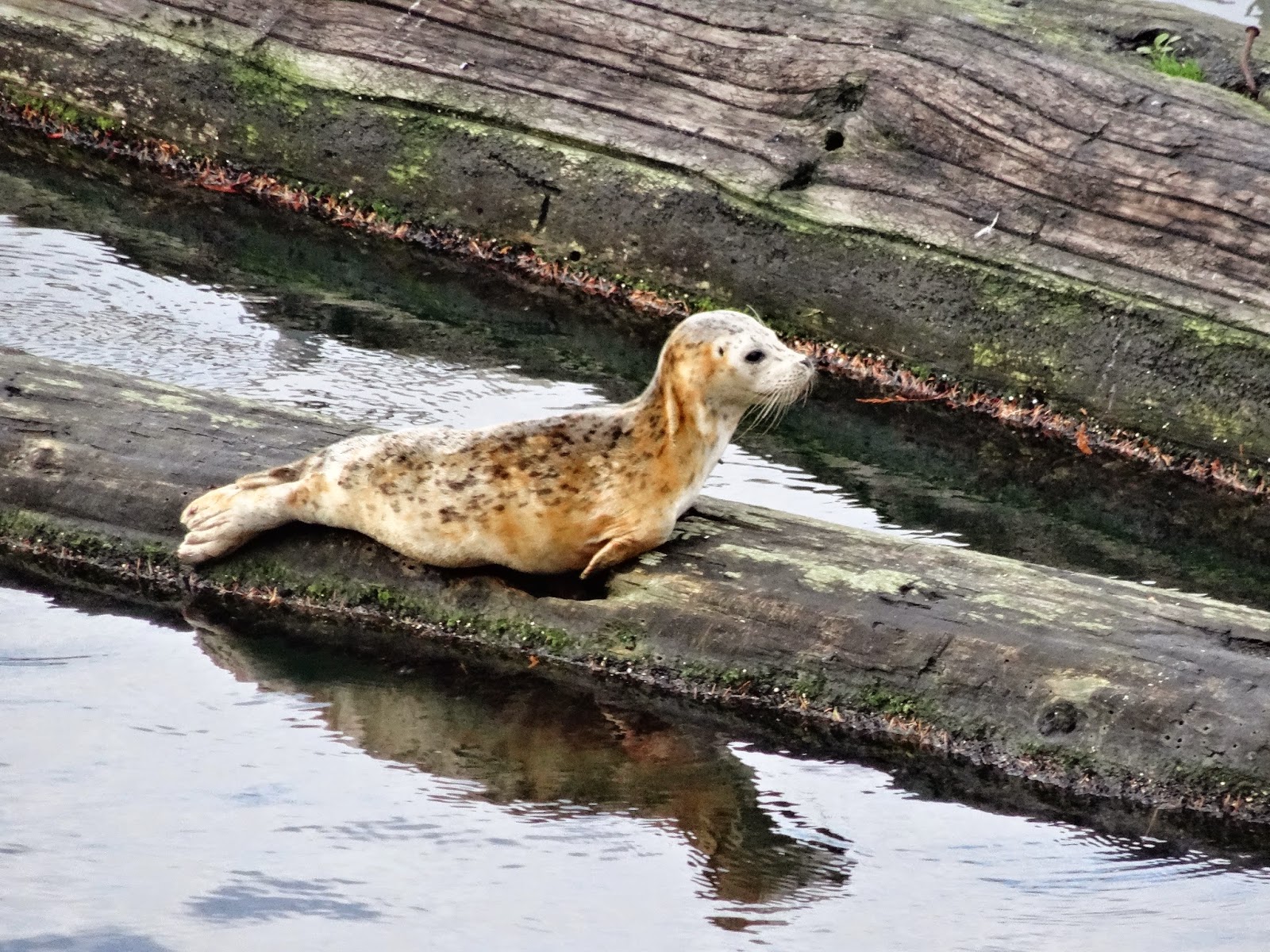 This little fella was dozing in the Horseshoe Bay marina last week when some of those fat ferry passengers walked by and woke him up, poor little mite. 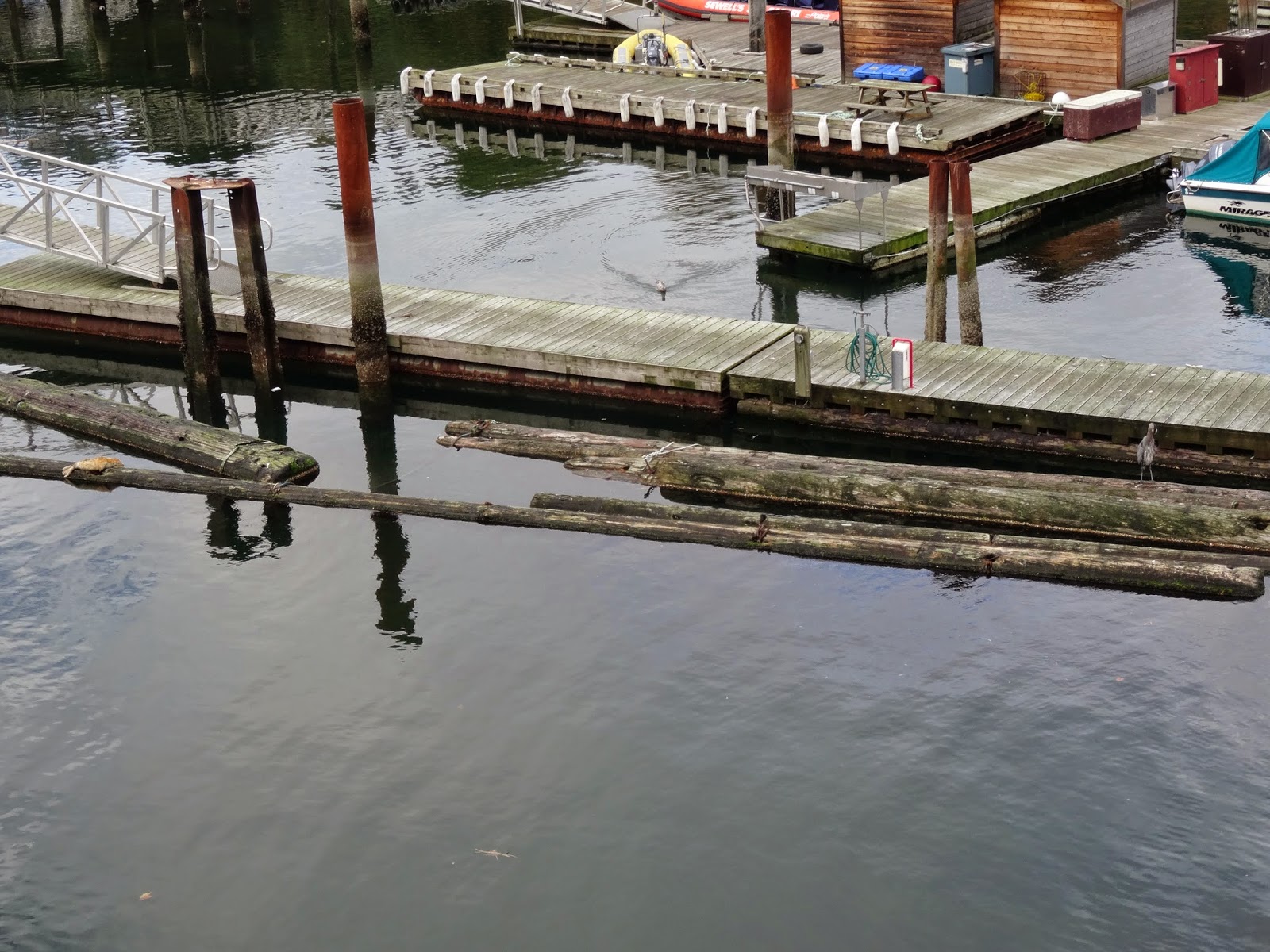 He was just hanging out, waiting for the fish to wander by, alongside his fine feathered friend, blue heron. 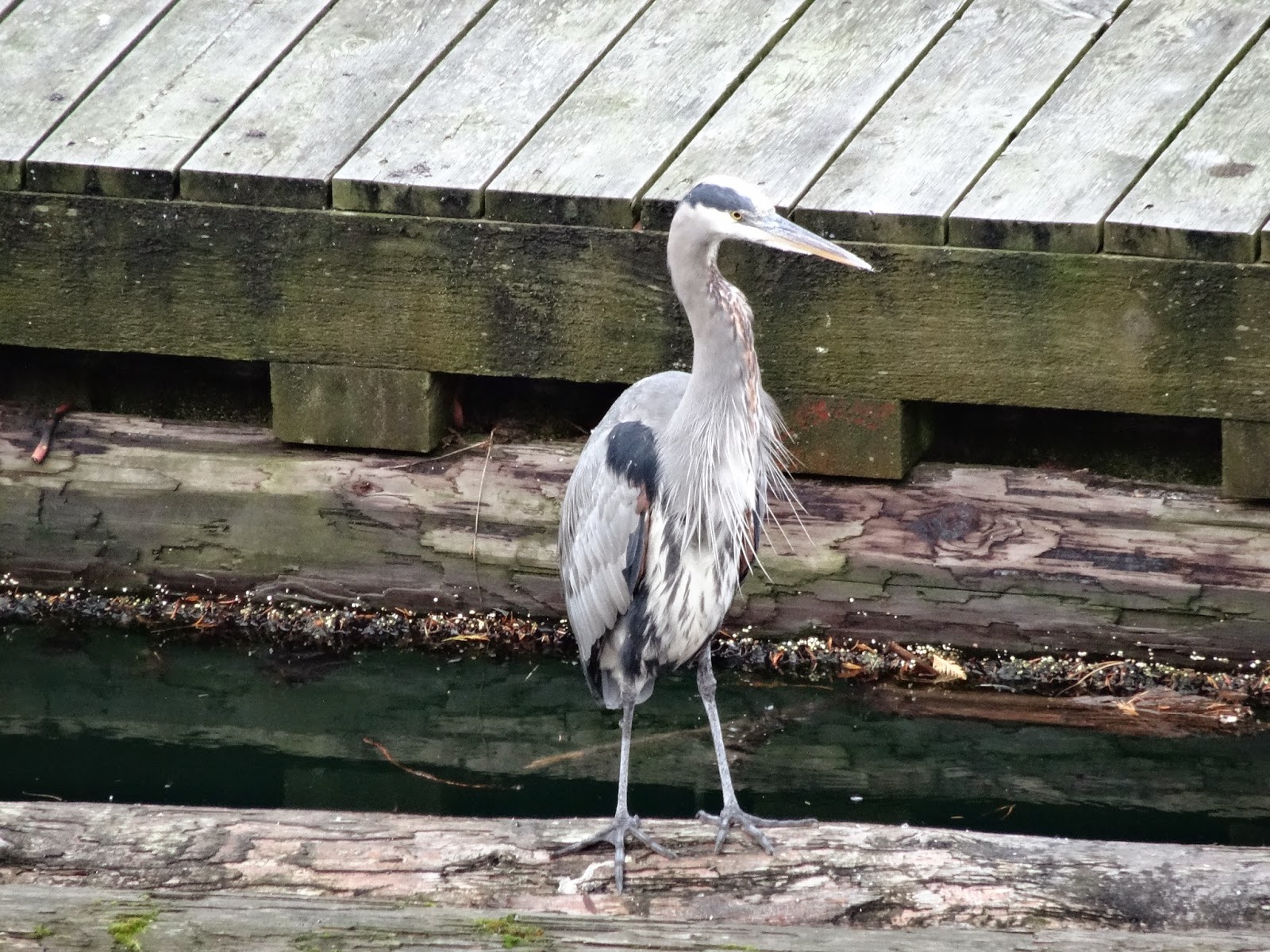 The whole week was tinted blue, wasn't it, from beginning to end, starting with a murderous madman at the Tomb of the Unknown Soldier, 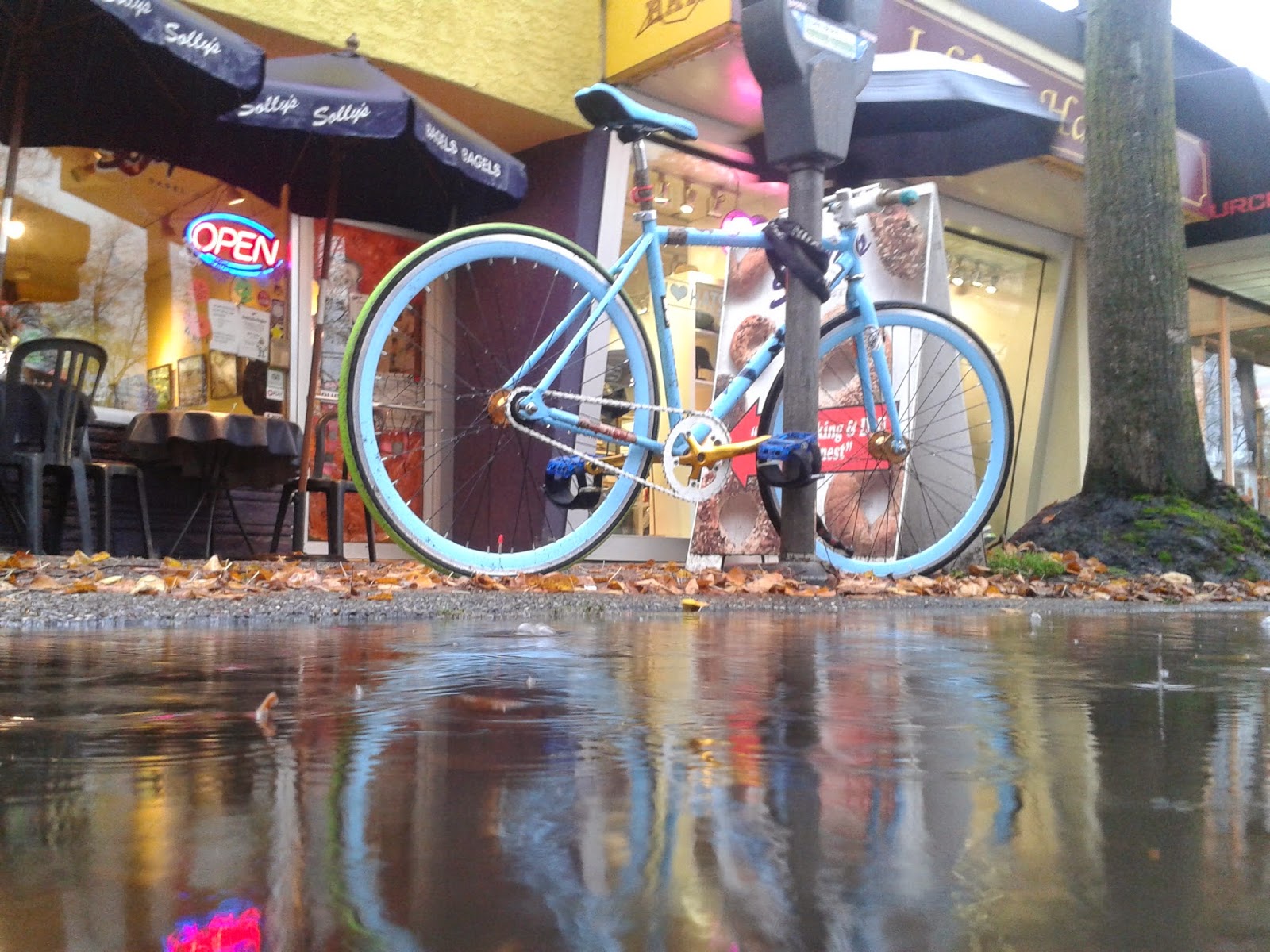 and coloured crazy with a beloved national icon's dramatic fall from grace. 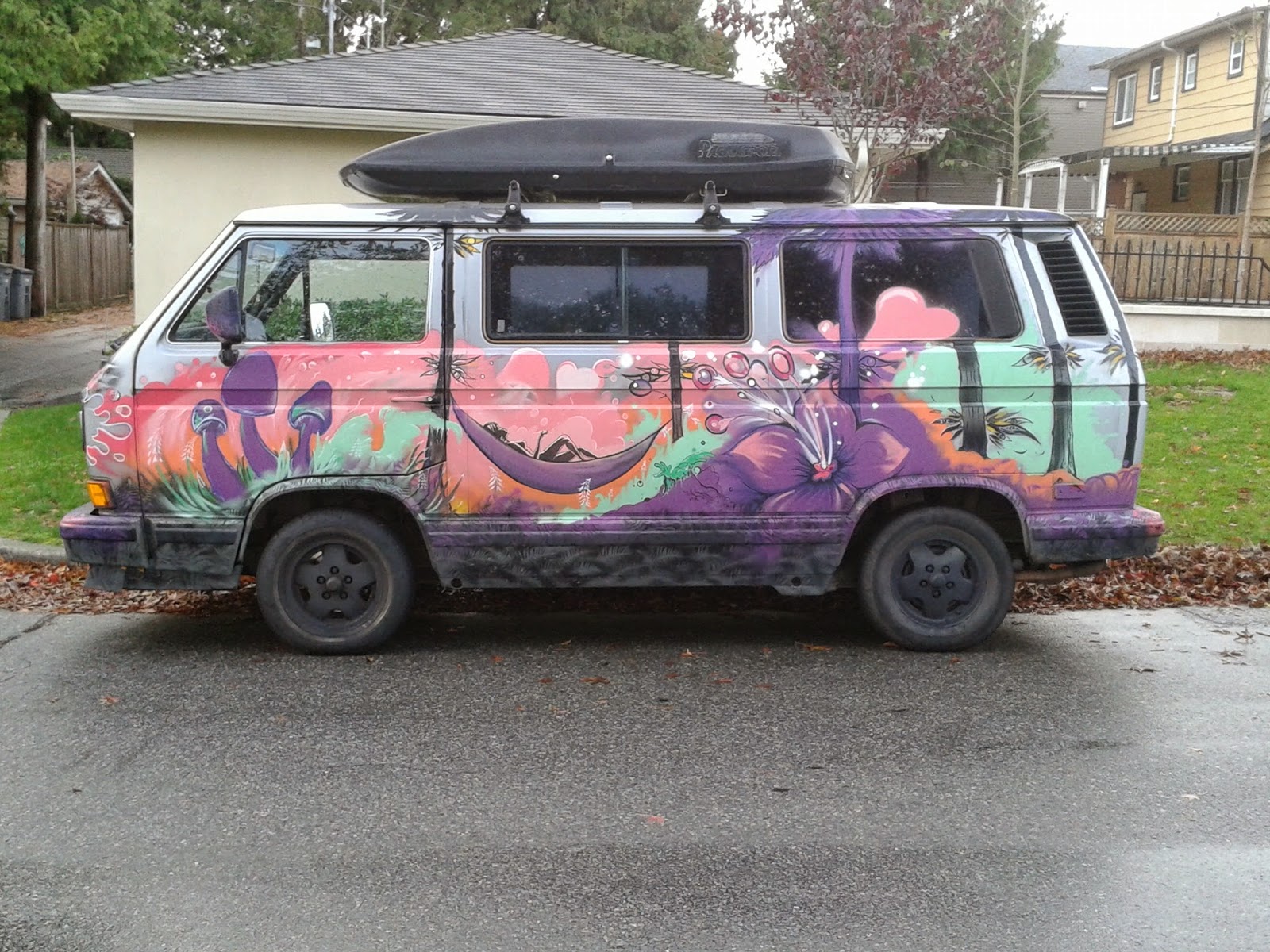 But we're in this thing together, and blue is still beautiful... 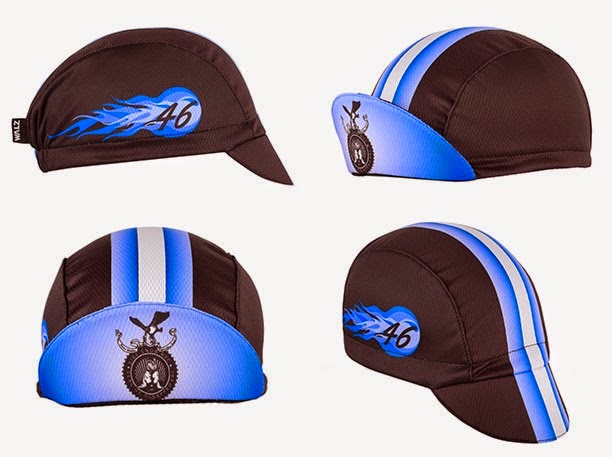 And every day above ground is a good day, especailly when you get on a bike.  Nothing else is guaranteed to put a smile on your face quite so quickly, save maybe sobberdooders up there.  Sure, Vancouver caught the remnants of a hurricane that just missed Hawaii, a system which turned the roads into rivers for much of  Bike to Work Week, but even in the pouring rain there's no better way to get around. Call me crazy (you won't be the first) but I can give you a million good reasons...

Just like YOU've given me a million good reasons to keep writing about it! 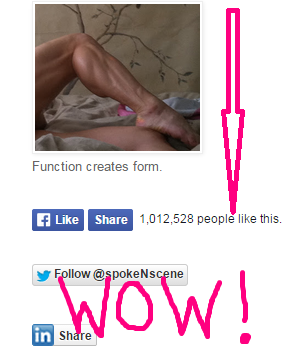 Yeowza! Thank you ever so kindly for making this endeavour more than worth my while. The week might have gotten off to a dark and terrible start, but thanks to you, I am sitting here wearing a great big smile.  :D xo xo
Posted by babble on at 00:25