Un.  Believable. What would prompt a person to purchase such a Leviathan? It serves no purpose, except perhaps to make up for some sense of SHORTcoming, as it were. It doesn't even have a fifth wheel. It's a four wheel drive with duelies, a super heavy beast of a machine with the capability of hauling five tons, only it's all for show. That box in the back there has no more capacity than any other off-the-lot half ton pick up truck in the country. A Toyota can haul as much, and it can do it with an order of magnitude less fuel. The Dickus Minimus who chose this joke of a truck obviously needs it to haul his ego. He carted it in this monster, along with his ass, clear across the country. Can you see? It's sporting Ontario plates.

And like the rest of us, he has undoubtedly witnessed the effects of climate change over the past decade or so, with the increase in extreme weather events. You've gotta wonder whether he just doesn't buy it, that climate change is real, or whether he figures his actions have no impact on the greater whole.  Either way, we clearly don't see eye to eye, he and I. Pick up trucks are a plague upon the Canadian economy, and the scourge of our environmental efforts, but try telling that to your average redneck.

I've had arguments about climate change with a few people over the past few months. Way back in the day, even before the protests at Clayoquot Sound, back when I first started thinking about my impact on the planet, and wondering about ways that humanity might alter its course to halt the full scale destruction of the Earth's natural spaces, we environmentalists were a rare species.  Sure, everyone was aware of David Suzuki, Canada's very own Lorax who speaks for the trees, but few people claimed much of a sense of personal responsibility until 1993 and the Clayoquot Sound protests. Twenty some odd years on, and the landscapes themselves - both literal and political alike - are vastly different. Literally. Just ask Naomi Klein, or better yet, read her epic work entitiled This Changes Everything. These days, climate change is a concept on everybody's radar, and most people claim an understanding, an awareness of how their lifestyle, their actions, and their habits of consumption impact the rest of the world.

And yet those who deny the obvious are always so strenuous in their protest. Take Mr Moore, for eample. the CBC's early edition introduced him as one of the original founders of Greenpeace. Despite his environmental beginnings, he turned to the dark side. He has become a spokesperson for the very industries he so vehemently decried thirty years ago. But now he earns a comfortable living, so there's that. 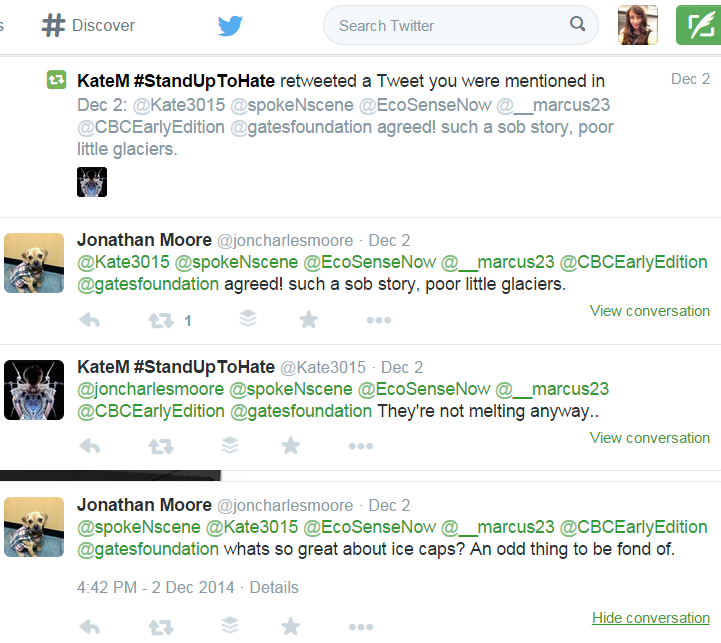 The one thing you can't help but notice about climate change deniers is that they tend to make a ton of dosh off the very industries at the heart of our global warming issues. Besides, who want to actually bother to change?  Change is challenging. It's easier to just carry on with a comfortable lifestyle, and instead point fingers, calling the rest of us mad. Mind you, Mr Moore was introduced as Patrick Moore on the CBC, and yet when I tweeted in response to his interview, a fellow named John Charles Moore took up the sword to do battle, so maybe multiple personality disorder explains his change of heart, and his loose connection to his name. You'd think in that case, he would embrace change, and pursue a sustainable global economy, instead of sitting back and calling environmental activists crazy.

And plenty of people truly have gone mad. You don't have to travel all of the way to Paris to find people who have lost the plot. We have our own home grown lunatics right here in beautiful British Columbia. Like the 64 year old woman who was arrested a couple of weeks ago for laying potentially lethal traps for mountainbikers on the North Shore mountains. As if life isn't dangerous enough as it is.

In fact, all you have to do is spend a few hours in traffic, or down at the ports, and you risk changing the structure of your genetic make-up, at least you do if you're exposed to deisel exhaust.  Why?  Some researchers at UBC determined that a mere two hours of exposure to deisel exhaust is all it takes to interfere with the body's methylation, a coating that attaches to many places on your DNA, affecting the expression of some 400 or so genes. And that truck up there? Not just too big to be beautiful, but deisel, too.  Figures.

It's overwhelming, sometimes, how very far we humans still have to go. But I can always find peace on two wheels. Even when the world leaves me reeling in the chaos, there's a moment of inner calm, and quiet contemplation available any time, any place.  All I have to do is head out of doors to go for a spin. 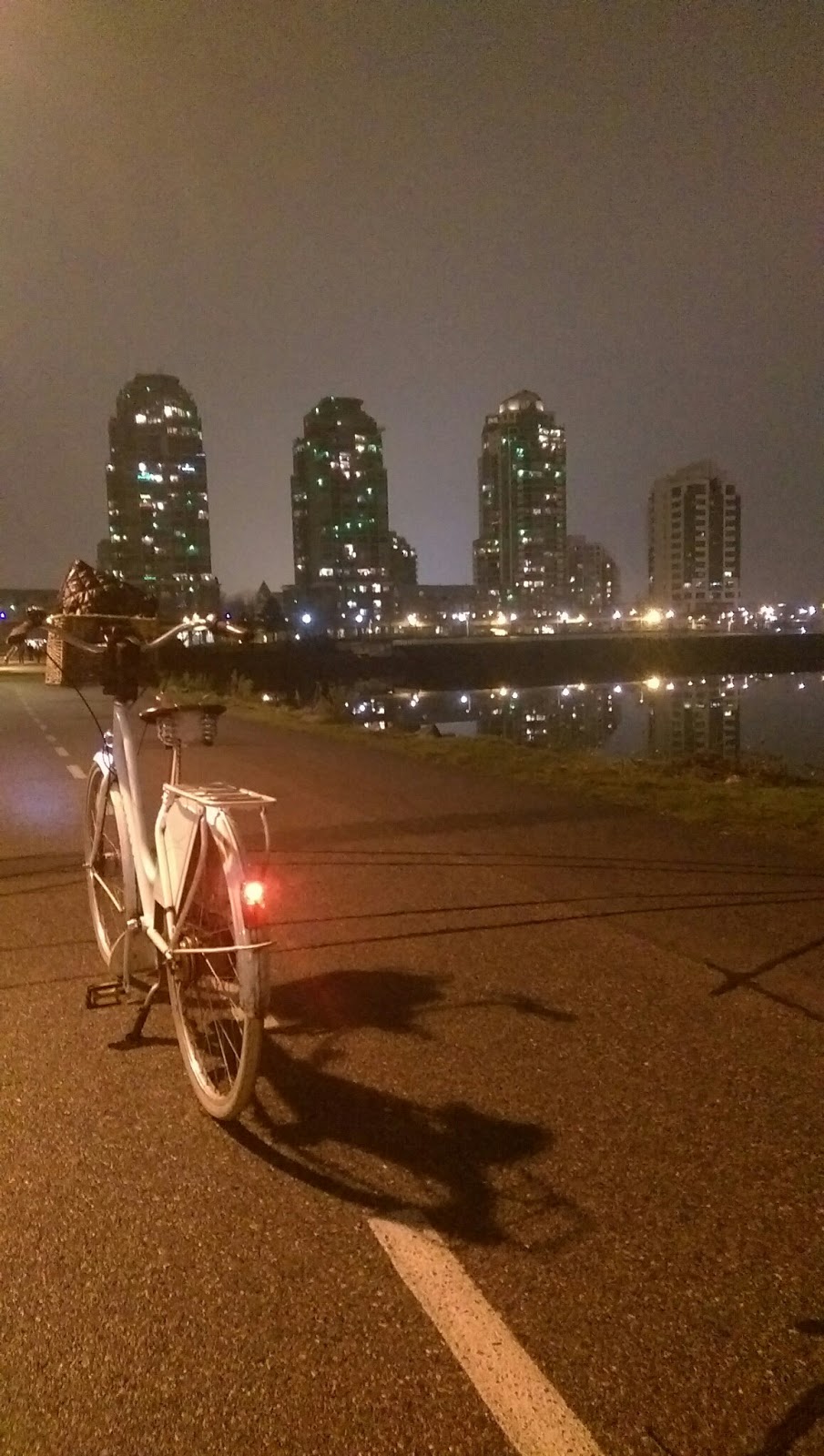 It's not rocket science, but it is tried, tested and true. Riding a bike is guaranteed to bring a smile to your face, even on the most challenging of days. And it's not even one of those guilty pleasures... :) 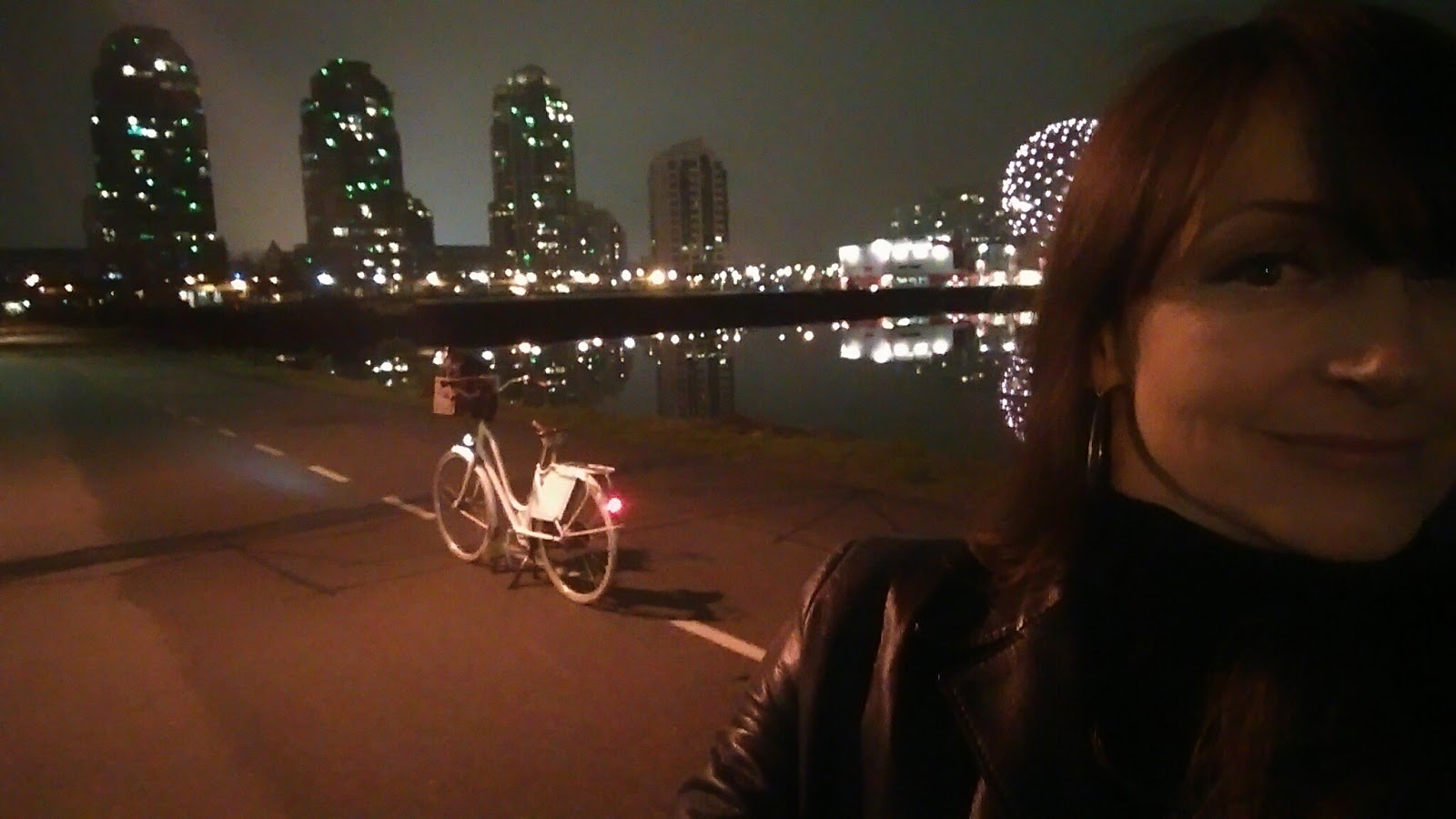 Works a charm, every time. It's the honest truth: the best pick-me-up is the farthest thing from a pick-up truck. Don't believe me? Give it a go. Try it for yourself and see.
Posted by babble on at 06:19

Email ThisBlogThis!Share to TwitterShare to FacebookShare to Pinterest
Labels: racing