The crotchety old battle of the sexes: it's no walk in the park.

Just when you thought it was safe to step out, look out.
Crotches Kill. 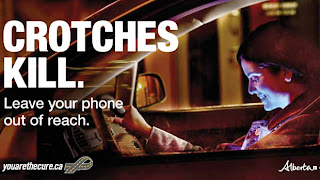 Apparently you can die laughing, too, but I took a chance and rode to the 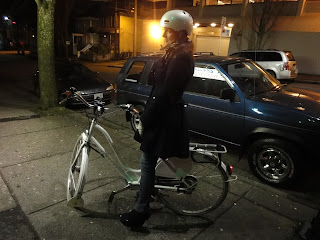 "I only go out dancing to get laid"
comedy night and dance party
anyway.

Lots of great acts kept us in stitches
before our girl Shirl even took the stage. 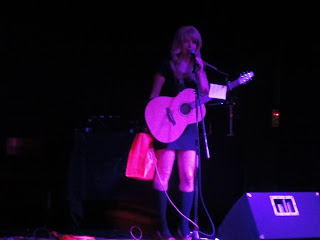 There were pyjama people in flannel onesies,
you know, those lovely head-to-toe jimjams babies wear...
The pyjama peeps were hanging around all over the place,
singing, dancing, and manning the cams.

Looks like there was a lunatic on the dance floor, too. 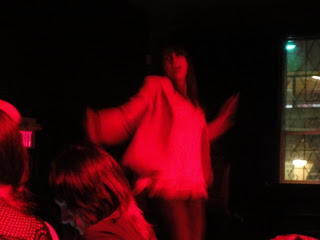 It was nearly one, and we were getting ready to leave,
when two of the cutest pyjama-girls got on-stage and started taking off their onesies in a show of sorts.
Even though I missed the narrative it was highly entertaining.

That girl Shirley Gnome sure knows how to throw a monumental party..

And this town has its share of monumental party-poopers, too.

To be fair, it is a bit of a prickly situation and it has arisen because the Vancouver Parks Board has decided to erect an enormous phallic obelisk right beside the Marker of Change memorial site, a feminist sanctuary in Thornton Park dedicated to all women murdered at the hands of men. 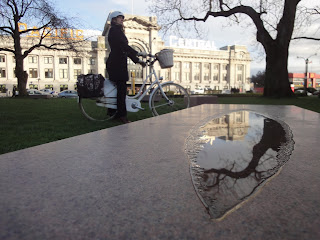 They could erect it by the sewage pumping station at the other end of the park,
but you know somebody will make a big stink about it. 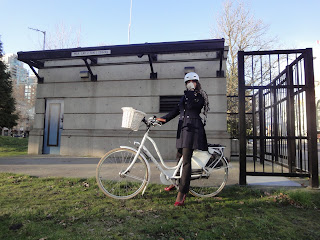 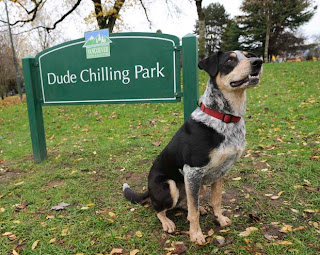 With it's Dude Chilling. 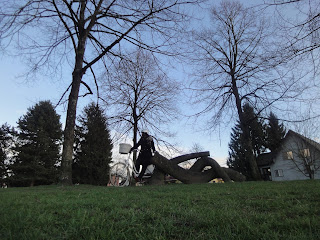 With the addition of a great phallic monument,
Dude Chilling Park will be dubbed Dude Chubbin' Park.

And the truth is that everyone would be better off if we were all chillin' and chubbin' instead of wasting so much time and effort fighting about matters of the crotch.  It's pathetic that there are still so many battles to be fought and won for gender equality here on earth, because really, we should be shifting our focus to providing for future generations rather than enforcing the protection of basic human rights for those of us already here.  Last week I was surprised to discover how many people question that we are all entitled to the most basic, fundamental human rights, but it makes sense, really, since there isn't much evidence that our society has any kind of real respect for the charter of rights and freedoms in the first place.

Where do we go from here?
Goodness only knows, but I'm going for a dino-ride.

It may not solve all the world's problems, but it sure can't hurt.