Happiness is a warm bum.

Can we agree that happiness is the goal of all other goals? That "Happiness is the meaning and purpose of life, the whole aim and end of human existence?" (Aristotle) Did you know that On July 19, 2011, the United Nations (UN) passed a resolution urging governments across the globe to start measuring happiness and well-being "with a view to guiding public policy". ??  A year after that, at the UN's first High Level meeting on happiness and well being, Bhutan's Prime Minister Jigmi Thinley said

The time has come for global action to build a new world economic system that is no longer based on the illusion that limitless growth is possible on our precious and finite planet or that endless material gain promotes well-being. Instead, it will be a system that promotes harmony and respect for nature and for each other; that respects our ancient wisdom traditions and protects our most vulnerable people as our own family, and that gives us time to live and enjoy our lives and to appreciate rather than destroy our world. It will be an economic system, in short, that is fully sustainable and that is rooted in true, abiding well-being and happiness.

I couldn't agree more.  That's why the UN would do well to adopt a resolution in favour of promoting cycling over car culture all across the globe.  Everyone would be much happier for it.

Forgive me if you've heard this a thousand times before, but I have the memory of a goldfish and the attention span of a nit, so I tend to repeat myself ad nauseum. Spoke'n'Scene is the bike path to sex, happiness, and world peace because when you ride a bike, you feel happy. (Measured in serotonin, dopamine, endorphins etc.)  Happy is good, right? People ask "How are you?" and I usually say "I'm happy," because it's fun the reaction that reply provokes, and mostly it's true, due in no small part to the fact that I ride every day.

So.  Riding a bike will make you happy. Earlier this week, Snob posted a list of thirty good reasons to "take up the pastime of bicycle cycling,"  It includes little gems like live longer, look younger, sleep better, improve your sex life, and even get a legal high, but mostly what I notice is that it makes me feel happy.

When you're happier, you're hornier. Plus, when you ride a bike you have a waaaaay nicer bum, which means that in the end you end up having lots of sex.  Unless you have small children, in which case you just get waaaaay more creative about having sex. It becomes a game of... how... and  where...  and when you're having way more creative, loving sex, your body floods your brain with oxytocin.  Oxytocin is called the love drug, because it makes you see others as more loving and trustworthy, aaaaaand it makes you act in a more loving and trustworthy manner.


You're not buying it? No problem. It's obvious that I have a very small brain and know very little, so I completely understand if you don't want to take my word for it. Dr Love here, on the other hand, is a scientist with a very large brain.  He can explain it to you properly:

You can tell he rides a bike. Just look at his bum.
It's hot.
He is clearly a very happy man.

And there you have it.

The world would be a better, happier, more beautiful place if everyone rode bikes as a matter of habit, instead of this silly business of driving a car everywhere they need to go. It's just common sense, isn't it? If I were the Pope perhaps the good peeps working at the UN might pay attention and help to make it so.  I put in my resume (Fingers crossed!) at the Vatican and applied for the job, so put in a good word for me with your local Cardinal, will you? I have all the creds. I was baptised, communionised and confirmed, went to Catholic School and Inter Varsity all-girl summer camps. Better yet, if you listen of an evening when the lights are out you'll hear me praying to God, sometimes softly, sometimes a little more passionately.

And I always give thanks to Allah, too, that the man rides daily, cause my daily prayers are so much sweeter with his hot bot to cling to.

Believe me, it's the very best part of the day.
So you see? 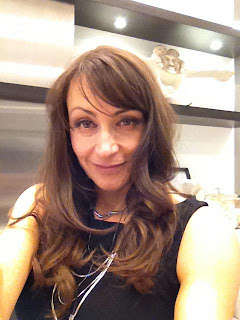 I may be a dozy mare, but I'm a simple, happy one, and as a simple soul, I've got a knack for finding simple solutions.  That's got to count for something, right? They haven't called about an interview yet, but I have a really good feeling about this one.

How does Pontificuntus Babbleonanon sound?  It has a certain ring to it, doesn't it?

Do you know what the best bit is?

If I got the Pope gig and the UN finally resolved that cycling should be promoted and preferred above car culture, you wouldn't have to put up with reading this kind of nonsense in the local rag:

Not that politicians seem to care very much these days about the views of the majority, especially in Vancouver, but a proposal to allow cyclists to ignore stop signs is receiving nearly unanimous public disapproval.
Many citizens have grown tired of the cycling lobby's endless demand for special rules and treatment. They say that a proposal to let cyclists only yield at stop signs — purely for the convenience of not having to pedal harder to get going again — will lead to confusion, injuries and even death.
One very concerned group is pedestrians, who fear they'll be hit after stepping into an intersection where a stop sign indicates they have the right-of-way. Many walkers already complain too many bike riders are inconsiderate of them.
Idaho, which allows cyclists to use "rolling stops" at stop signs, has been forced in recent years to increase enforcement because many cyclists, instead of yielding, blasted through stop signs, sometimes with tragic results.
But the proposal has struck another, deeper chord with the general public — they feel that creating special rules for one group of road users over others simply isn't fair. Politicians should do the right thing and reject the proposal.

Please.  The only group of road users who get any real preferential road treatment are motorists.

And I'm sorry, but many of the pedestrians in this town are sheeple who walk across the street without so much as a glance, just because they can't hear the sound of a motor. If there is a cyclist moving at speed through the intersection, no matter. They assume the right of way all of the time.  Where else in the world will people step confidently out in front of a moving vehicle, assuming it will stop?  Hmmm?  No where. But for some asinine reason I cannot fathom, they do it here. Constantly. At least they tend to look a car driver in the eye as they step out.  They won't even acknowledge a cyclist, nor the fact that it isn't always possible, or even safe, to stop suddenly and unexpectedly.  Then they get all upset if you come within six feet of them.  It would be funny if it weren't so sad.

More to the point, cyclists aren't the ones out there killing people on the roads.  Motorists are. Back in September remember when I mentioned the woman killed by a bus at Terminal and Main?  Word on the street was that the bus driver had run the red at a bit of a clip, and the truth is you don't have to ride long or hard in this town before you see a bus run a red.  According to the SUN, Vancouver Coast Mountain bus drivers have been caught running reds on camera 233 times in the past five years.  And that's just the incidents caught on camera.  You should see some of the things I see... 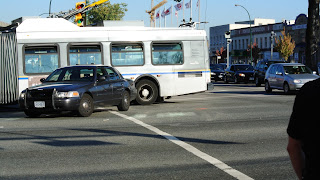 It's a wonder more people aren't dead.  And that's a lot of money in tickets they've racked up- to the tune of $40, 000! Never mind, though.  The bus company doesn't have to pay the fines. "And why not?" you so rightly ask. 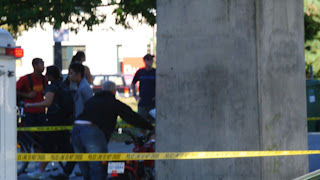 "Vehicle owners, such as Trans Link in this case, are not liable for electronic, red-light infractions if they can show due diligence and reasonable care in entrusting their vehicles to its drivers," he said...What this shows you is that there's two sets of rules.  One for Translink and one for everyone else."


Pedestrians don't seem to understand that cyclists make their lives safer overall, so that better infrastructure and legal protections for cyclists will create safer roads for everyone.  Cyclists don't place pedestrians at risk of harm the way that motorists do.  The more people there are driving the roads instead of cycling, the more endangered all people are, not just from the very real possibility of accident and injury for drivers, pedestrians and cyclists alike, but from the gawdawful pollution.  It's not rocket science to figure out that you can't suck on the end of a tail pipe for long, right?  Right?? (Yes, hello China.)


It amazes me that we can be so collectively stupid and willfully blind.  There is something rotten going on in this part of the world, a mass delusion of overconsumption. It has been going on for as long as I can remember, but so long as there are people out there like King Wangchuck, working to make this a better world, there is still a glimmer of hope for humanity.  Check out the school system in Finland, too. Their focus is on the happiness and well being of children in schools, and only when that is ensured is academic achievement addressed.
Children there start school when they are seven, and they have no homework at all before high school and even then very little.  They are encouraged to discover what it is that they love to do and to pursue it, and one of the many happy byproducts of this lovely system is academic excellence.

They have something figured out which we are sorely lacking.

If happiness is the goal of all other goals, why not begin with that as our primary directive?  Riding bikes is scientifically proven to make you happier.  It's a practice which is  fully sustainable and ... rooted in true, abiding well-being and happiness.(Bhutan PM Thinley)  It would be easier to promote these changes if I were Pope, but really all it takes is an understanding between us.  As soon as enough people 'get it,' change will be swift and inevitable. 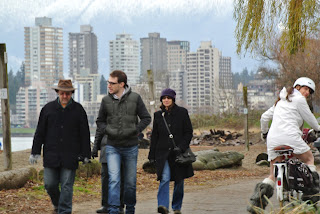