After a little reflection, 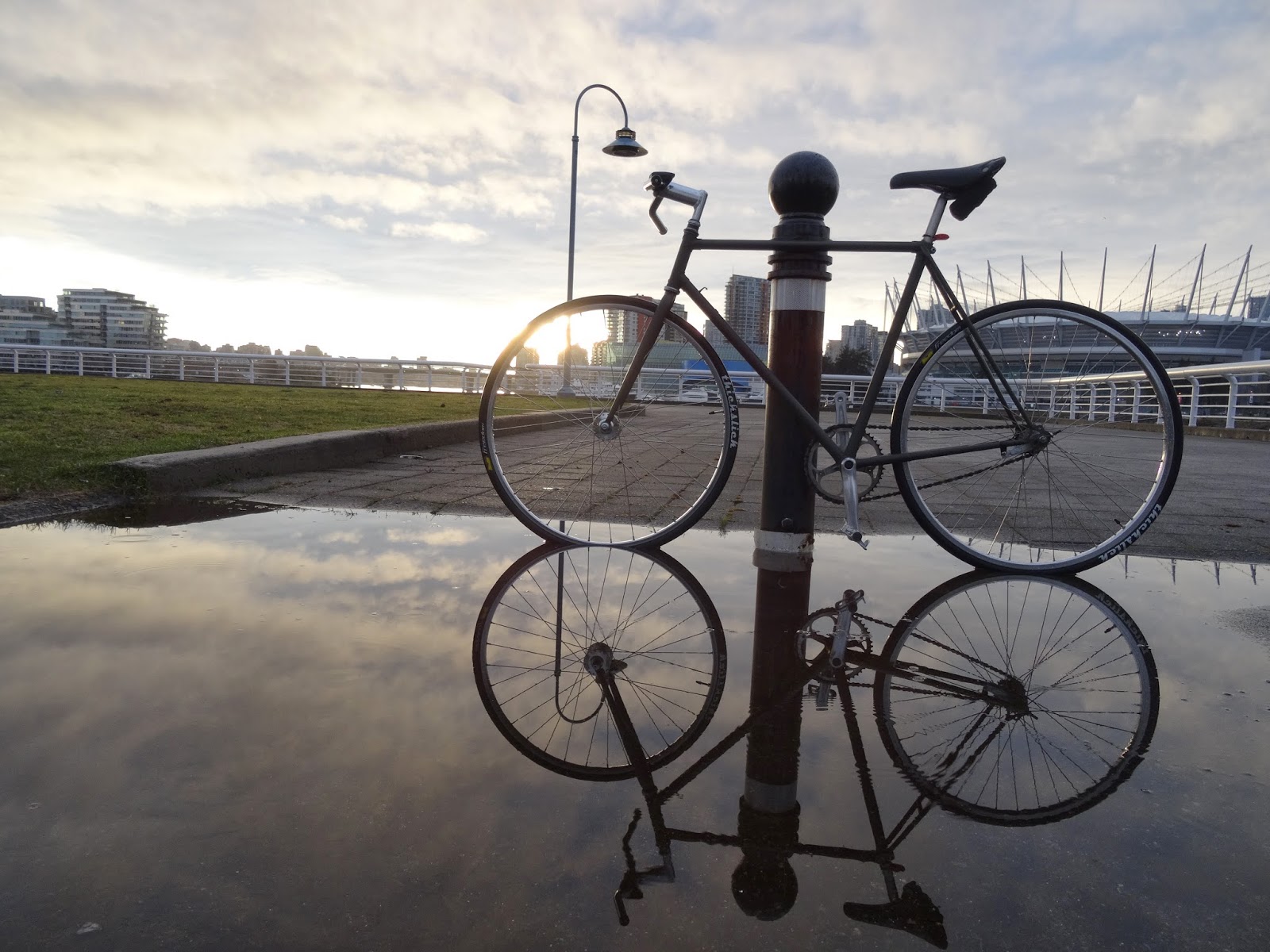 I enjoyed watching your face that first time you laid eyes on me.  You really didn't expect to be looking up, did you? LOL!  I am a lot taller than your average bear when you factor in the five inch platform heels.  And then when you stood back to take in my muscle mass the way you did, clocking my density in all its physicality?  Bwah ha ha ha haa ha!  Thank you for the chuckle. That was fun.

Let's just say that despite your expectations prior to that moment, "Submissive" is not the first thing which typically springs to mind when most people think of me.  Yet there we were, meeting in Yew at the Four Springs after sharing several conversations and innumerable online interactions, and as the moment approached, you remained under the impression that I was a "natural sub," or at least you did right up until that moment we met.  Heh heh.  :D

I remember which spokeNscene post turned your head, which photo and why. 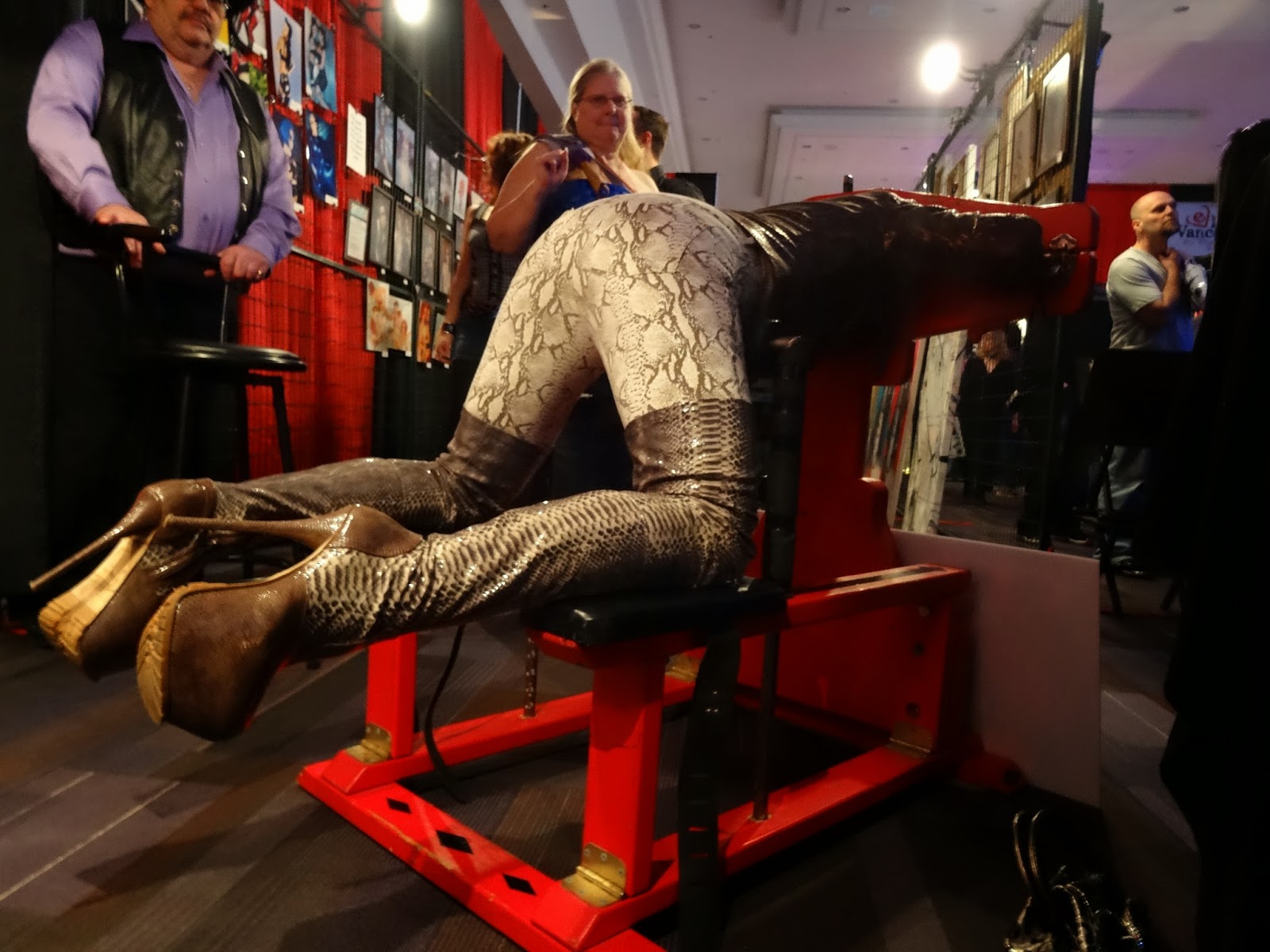 But I told you Taboo was just a lark.

Suddenly you were saying the sorts of things to me which a casual Linked In connection would never dream of.  You didn't just dream.  You dared.  And now I have to say "Congratulations!" You are the first person who has ever uttered the actual words "I want to own your ass" to me, which means you scored honesty points over those who play the very same game by unspoken rules.

Now, don't get me wrong.  I am most definitely NOT surprised that a marked interest in my butt is what comes back at me when I throw spokeNscene into a place like Linked In, because I literally put my ass out there. I have to.  It's something I do for the greater good. A great ass is crucial to this space.

People who choose to ride bikes instead of driving cars are happier people.  They smile more and they spend less on petroleum.  They have nicer butts, too.  These happier, healthier, sexier people get laid a lot more than their bitchy fatsos counterparts sitting in cars, and they have more love in their lives.  People with more love in their lives are the ones out there creating a beautiful, prosperous, peaceful planet.  In other words, the bike path to world peace starts with the pedaling of an ass. 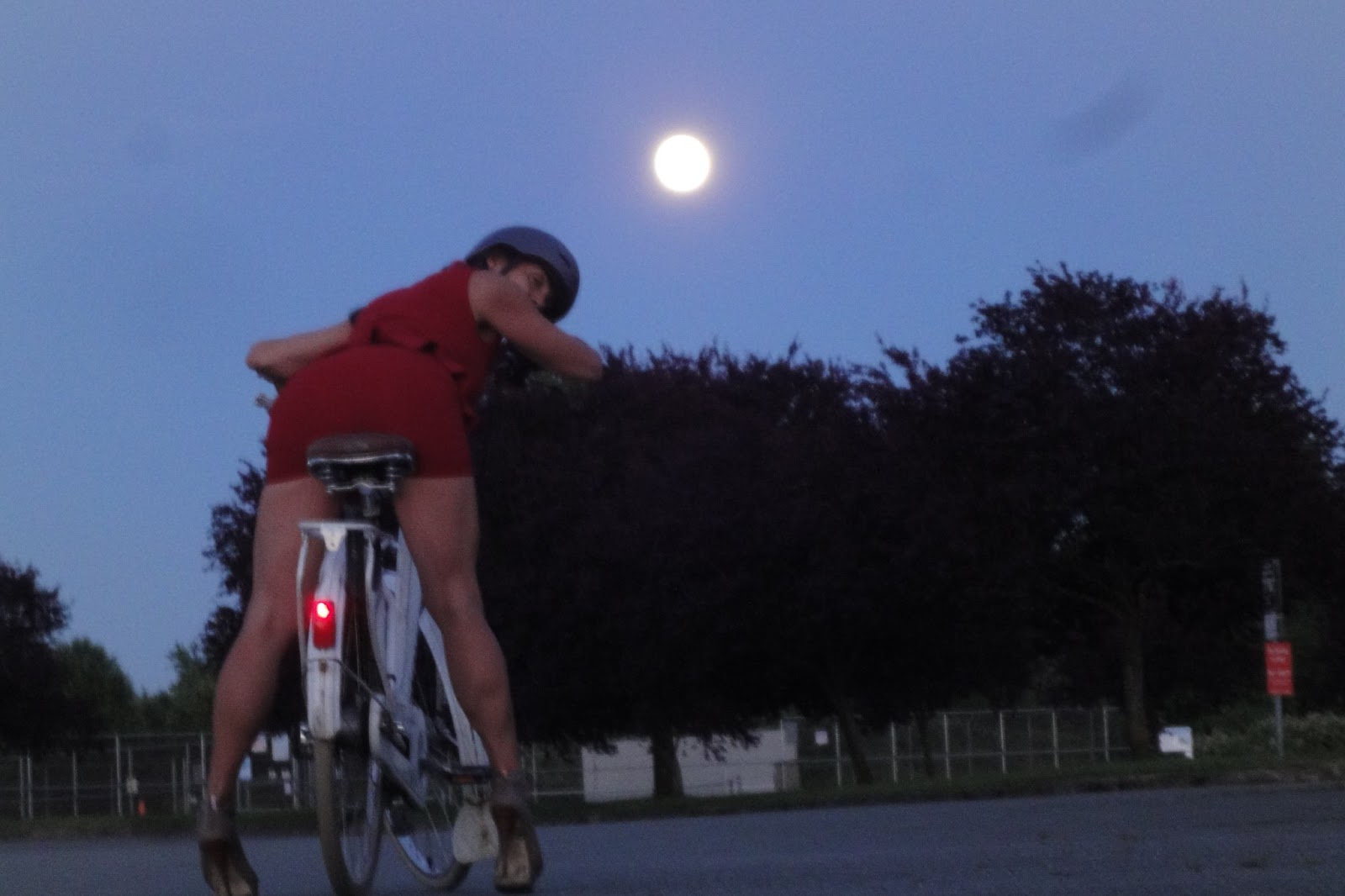 Hands-on market research concludes that this ass is an asset.

But here's the rub:  You can't actually own something you haven't paid for.  There is a small fortune of sweat equity in this ass!  I am now very well aware of just how much money you made last Friday, but still.  You can't afford my ass. 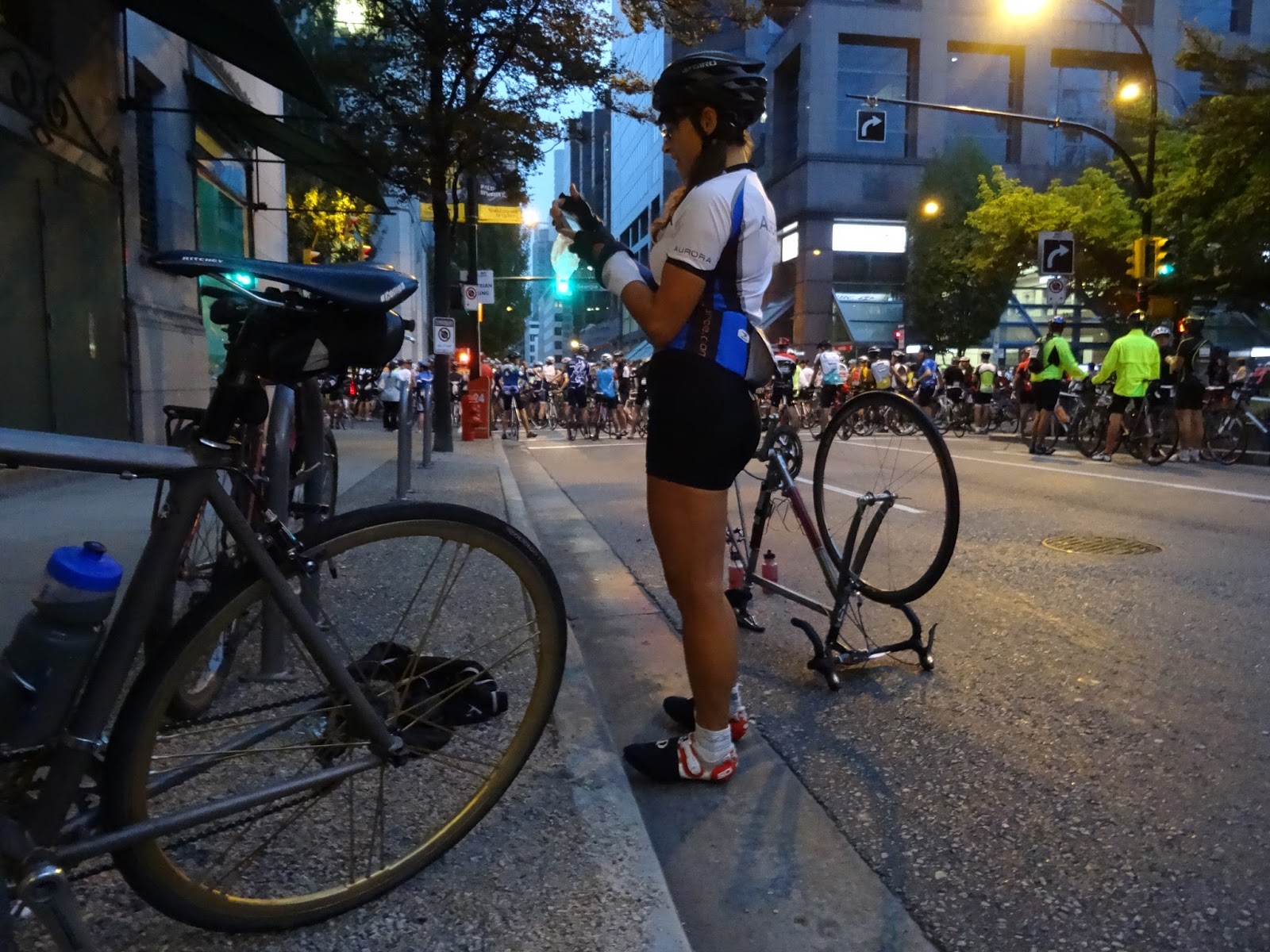 And a lease isn't exactly what you had in mind, is it?  Ownership indeed... and for the price of a cuppa tea?  That's just...

But you're not alone. You might be surprised to find just how many men just like you are out there playing the very same game, all of them wealthy and influential in their own right. And how every single one of them expect me to fall on my knees in that ancient form of worship. Unstated but implied very directly is the implication that if  I did do that particular deed, somehow your great and magnanimous abundance, wealth, and influence will magically rain down upon me and bless me with some priceless "Happily Ever After" pearl necklace.

Even you.  I expected more of you.  You've been way more up front than most of the men who play that ancient game, so I was surprised to hear all the same lame old lines uttered on your breath.

Um, and I'm pretty sure that a natural Dom always commands, never begs. 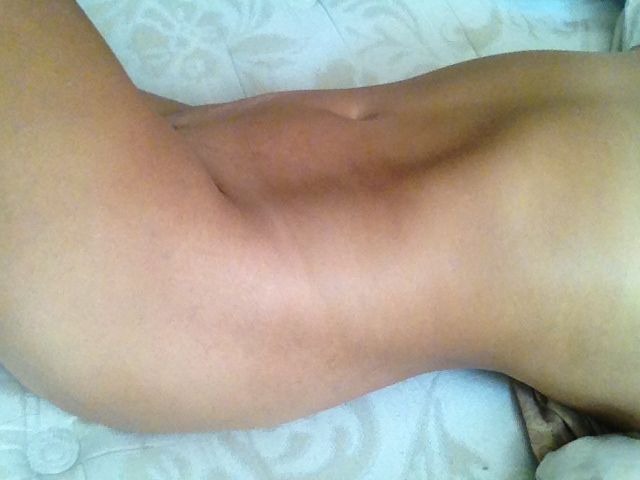 Even for that.
Sorry. I won't bend over just because you make more money than God.  And in truth I am not sorry. 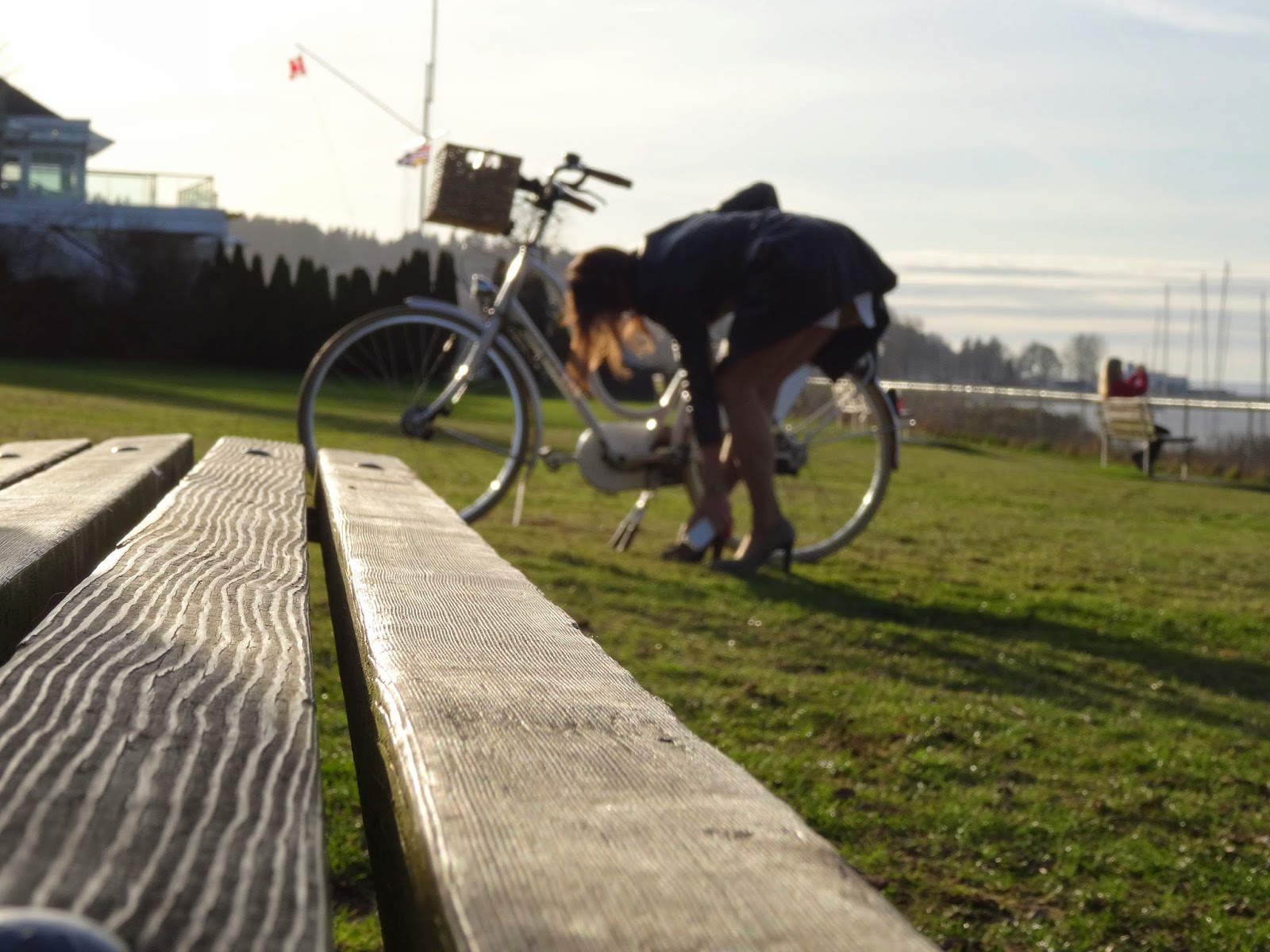 Life is pretty tricky sometimes, isn't it?  The way it sneaks up and bites you in the butt when you're not looking  but that's the thing.  When you insisted, I was forced to make that most primal of decisions.

You already know about the man I tried to trick into marrying me.  A couple of weeks ago I asked him again if I should take down my Plenty of Fish account.  He said "No, I don't think so." You have already told me you would have me cut him out of my life, but for what?  It's one thing to live with unrequited love, it's another to loose your very best friend. Before I met that man, my friends were all worried that I wasn't getting any, but I have to want to kiss someone before I do the deed, and it takes more than a vague feeling of attraction (or a fat wallet) before my thoughts and feelings go there. Anyhoo, when I did fall for him, it was a simple thing. We end up looking like the people we spend our time with, and that man is easy to look at because his heart speaks volumes through his actions, and he takes very good care of himself.

It's no coincidence, you know, that old people who've spent their lives together look the same.  It's not just that they have similar personalities which express themselves in the self-same ways across their faces.  More importantly, they share the same lifestyle, and that affects their bodies in an identical fashion. 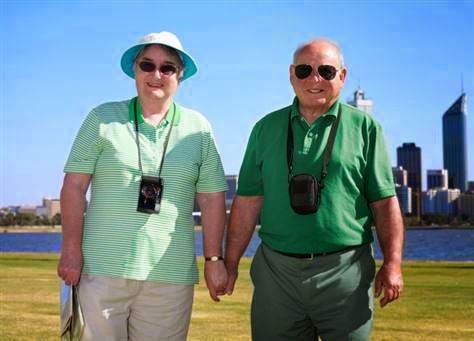 You warned me that my income will reflect the average of the incomes of the five people I spend most of my time with.  This is the very same principle in action..

Which brings us back to the sweat equity in my ass. When we met you mentioned how surprised you were to see how muscular I am, and you kept remarking on how I seem to glow.  That's the KISS list in action, doll, and it's the kind of down payment I look for when I am evaluating a potential partner.  I can't help it.  I have to take care of my body.  It leaves me no choice, but I can choose to be with people who get it, or not, and that choice most definitely affects how easy it is for me to do the things I have to do to maintain my state of health and wellness.

I am way too bossy for you, anyway.  I can't help but try to influence the people I care about, so that they take better care of themselves. And if ever I chose to make you a member of my inner circles, I would have a fair bit to say about the way you treat  your temple.

It's just the way I'm striped.. 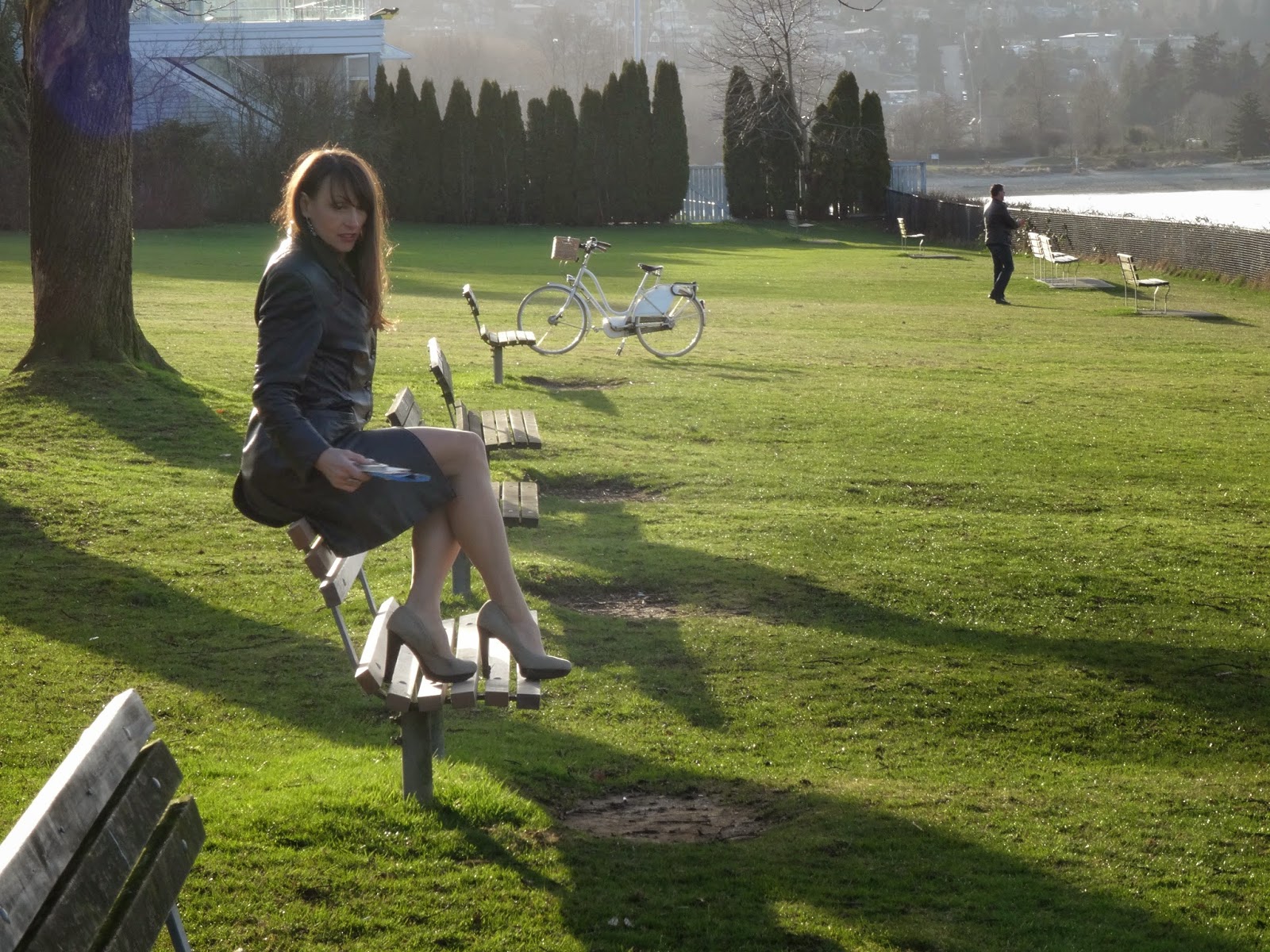 Which isn't exactly Submissive, is it?

Plus, I am a terrible liar.  You see?  Even that's a lie.  I am a GREAT liar.  I was practically raised in law school, and law is a very creative profession, you know.  I am a rapt student of  The Art of Truth, but it never comes easily to me.

For example,  I lied when I said that you don't need any special equipment in order to benefit from the kiss list. You will need a bike.  Worse than that,  YOU WILL ALWAYS NEED A BIKE, and this is one of those universal paradoxes that really hurts my poor little brain. No matter how many bikes you have, you will always need one more.  How it is you can not NEED any special equipment, and yet at the same time, no matter how many of them you own, always NEED one more, I will never know.  Somebody explain it to me, please...

But maybe don't go there. I've lost days caught in the knot of that conundrum.  It's a perpetual paradox, the sort of riddle which you would be well advised to avoid trying to work out.  The fact that you need a bike, and you will always need a bike is just something it's best to simply accept so you can move on. 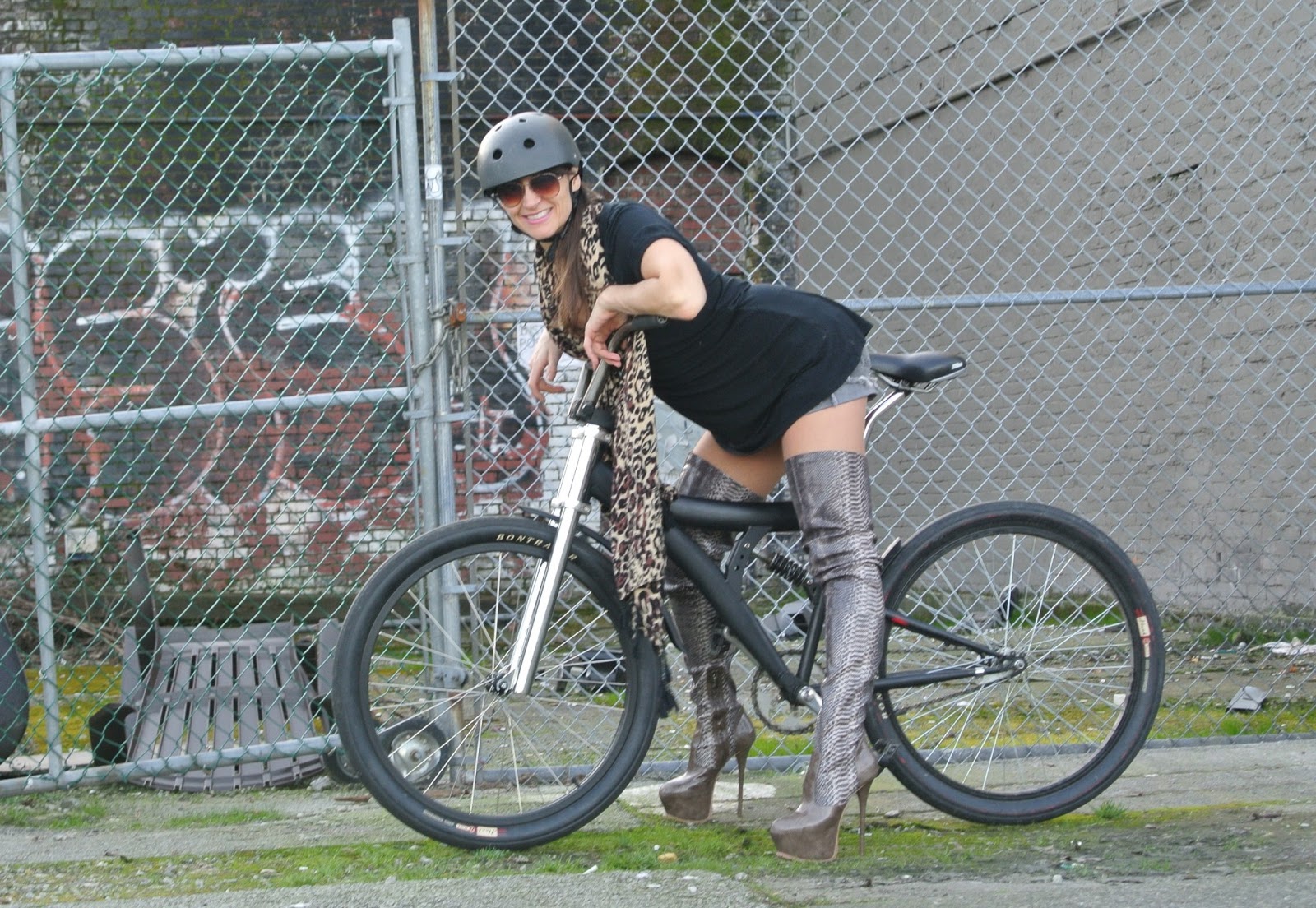 Yes, I remember how you told me you had a scary experience on a bike.  Yes, it's true that some drivers hold your life in their callous hands with terrifyingly little regard.  But there really is safety in numbers, and we all deserve better treatment, so please do take it upon yourself to have conversations with the people you know about what safe and respectful driving really is.

You definitely have power and influence, Sir.  Use it for the greater good. 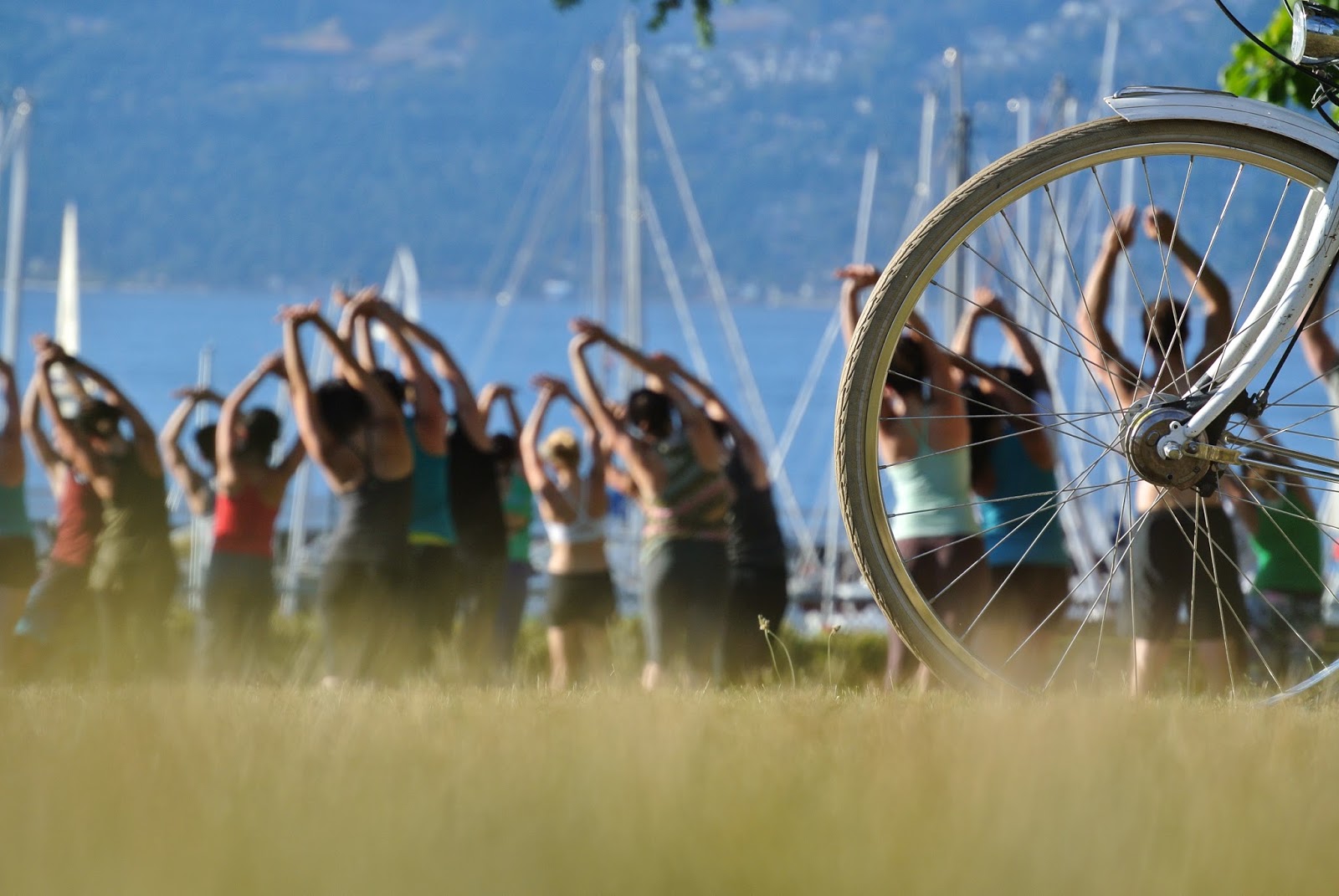 Oh, and use your bike.  If you want girls like me to make the other choice when faced with that most primal of decisions, you should get with the program and use the whole KISS list. 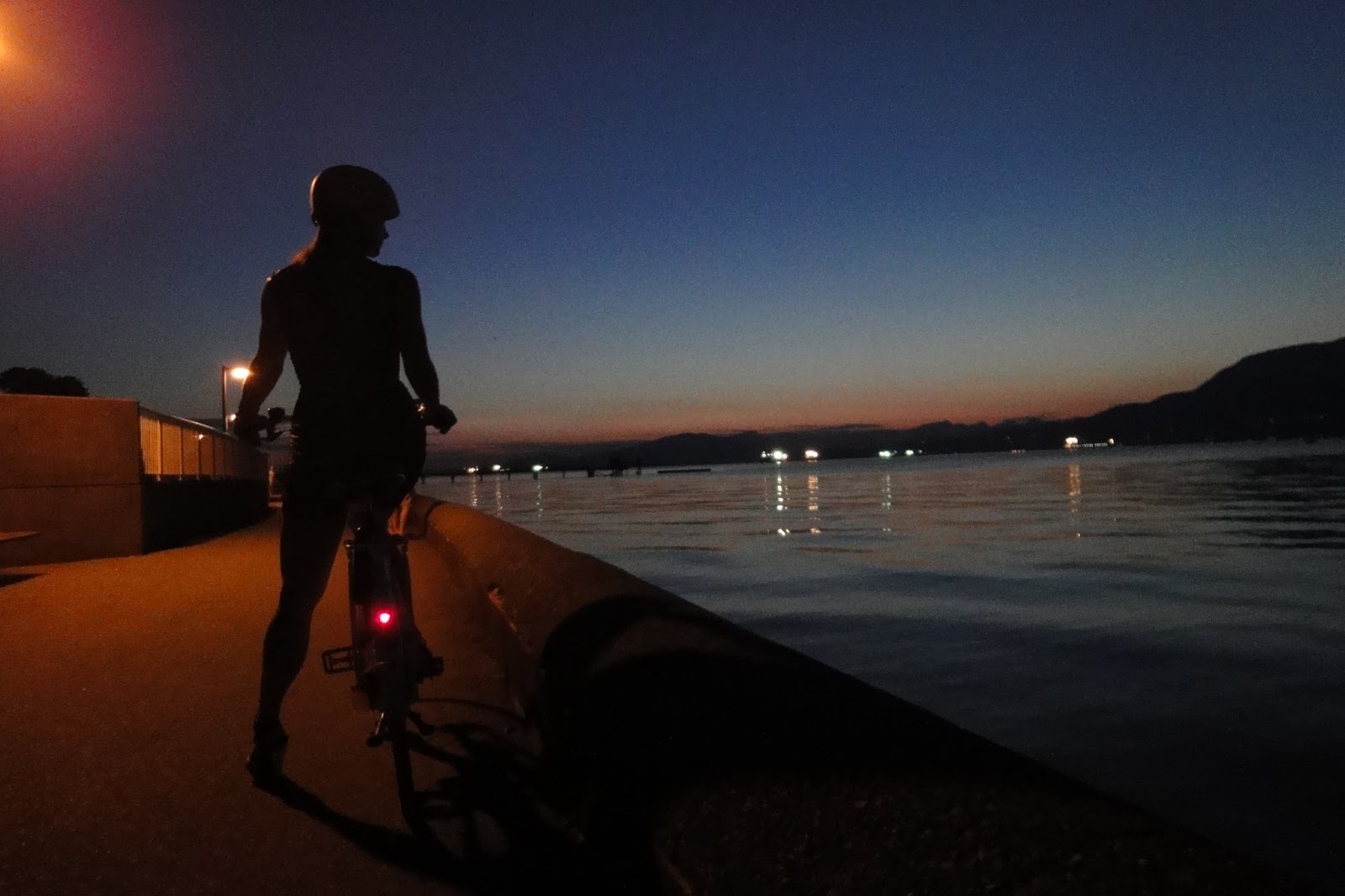 Email ThisBlogThis!Share to TwitterShare to FacebookShare to Pinterest
Labels: health