Filling the Gap With a Kiss.

I love this song.

My eldest son turned me on to it.  He is a bona fide scientist in that ivory tower up there on UBC hill,  and bless his great big heart, he does do his mama proud.

It's called "I See Everything," and it always chokes me up.
It's the lyrics, mostly, but the music is amazing, too.

"I See Everything"
Like any morning of my junior year I stumble in the classroom late but this day I see
Faces, I feel an air like a funeral, like a wake, as I sit dow.
My teacher speaking, somewhat somberly, but still confident and calm.
Part eulogy, her speech, and part poem, part celebration song.
Her warmth and smile, she passes photocopies out to us of entries from a journal
Kept so long ago. She starts to read and suddenly it’s 1980.
March 5-The cancer is furious but our son is resilient,
we have all the faith we’ll get through this no matter what the end.
Treatments are violent but he keeps on smiling.
It’s amazing finding joy in the little things.
April 12-Andrew’s appetites improved and we thank God everyday.
But still it’s hard sometimes to see him in that scarecrow frame.
July 9-There’s a suffering when I look in his eyes. He’s been through so much.
We’ve all been through so much but what incredible resolve our little boy shows,
only 7, standing face to face with death.
He said it’s easy to find people who have suffered worse than him.
“Like Jesus, suffered worse than anyone,” he told me last night, “when God abandoned him.”
September 20-We’ve been playing in the yard lately and spirits are high
although his blood counts aren’t.
October 14-He feels tired all the time.
November 30-At the hospital again. It feels like home when we’re here.
December 8-He’s getting worse.
January 19-We buried our son today, our youngest child,
and while his death was ugly we must not let it scare us from God.
Abundant grace has restored him. A brand new body.
And set him free from the torture, finally rid of the cancer.
Before the moment he left he briefly wrested from death, suddenly opened his eyes, said,
“I SEE EVERYTHING. I SEE EVERYTHING.”
And I will never forget it, the peace and the comfort you displayed through a pain
that I can only imagine. The loss of a child to the torture of cancer. Help me.
Because I can only imagine how you recovered,
kept your faith and held the brightness of life inside the smile of a child you had to bury.
And I will never forget him or your steadfast faith.
No, I will never forget you. Now six or seven years later, I’m devoid of all faith.
I am empty of comfort and I am weary of waiting.
Though I’ve felt nowhere what you have, I see nothing at all.
Though I’ve felt nowhere what he did, my eyes are closed.

A dear friend of mine was diagnosed with cancer a while ago.  It made me very sad at the time, cause he's one of those folks with whom I've shared a good few laughs.  I love him. This man spent a long time in the broadcasting industry, working his way up the ranks from a junior reporter to a corner office in Times Square.  He spent every minute of it as a boss, though, cause that's the way he's striped. This friend lives a very long way from Vancouver, so he doesn't get the chance to boss me around much these days. I miss his brand of bossiness sometimes, which probably says something about the nature of my character that I would rather not deal with.

The other day my friend and I did have a chance to chat and catch up. He has been free and clear of the cancer for a year now, blessed be.
And he was bossy.

And I liked it.

He said "Write a post about what a man in his mid fifties should be doing to be healthy and well."  He isn't the only one asking for just such a post, so I am working on it.  It's true that I do know a thing or two about health and wellness, but you KNOW that I am so definitely NOT a scientist, nor do I have any formal training in health care AT ALL.

I am the Anti-Scientist 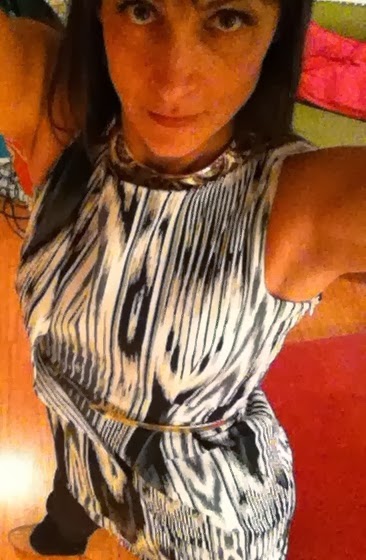 ...and a lifestylist.
And somehow it works.

I weighed over sixteen stone (that's over one hundred and one kilograms, and topping two hundred and twenty pounds!) when my second son was born nearly eleven years ago. I was quite unfit, too, after having broken my hips in three places.  I spent a fair whack of time in a wheelchair mending many fractures and getting used to some new parts. And you already know I'm a bit of a mutard. I mean that in the truest sense of the word.  I've a genetic abnormality compounded by delayed development.  I'm still waiting on the girls!  The whole package is Trouble.

Mine was a baptism by fire kind of apprenticeship, and it taught me one thing for certain:

I am the luckiest woman on the planet, just for having survived myself.

People who know me well are aware that I have a small brain, or slightly smaller than your average bear, anyway, anyway.    You might think these friends are crazy to ask me for advice.  Many people assume it's a bad idea to take health and wellness advice from a not-at-all-in-any-way qualified person, but think about it.  The friend who survived cancer knows it's a good idea to ask someone like me, because (A) he can see that what I am doing is working, that I have something basic figured out.  Better yet, (B) he knows that it's going to be supremely simple and really quite
EASY to do.

I have a short list of tips and tricks.  Super short.  And easy.  It has to be like that, because I have the memory of a goldfish and the attention span of a gnat.  That's why it's called the KISS list. (Cause mama always said "Keep it Simple, Stupid.)
KISS

You don't need any special equipment or anything, either, though a bike is ALWAYS always handy. The kiss list is six things I do which are guaranteed to make you feel good.  Aaaaaaaaand since a few beautiful folks have asked for it, I decided to put a little extra love and energy into it. Sooooo if you're looking for me, you will find me working on a wee song and dance with which to deliver the kiss list.