He is the Lorax. He speaks for the trees, but I am the horned devil, so listen a minute, please!

Bikes are my therapy.  You know all that muscle mass in my legs?  It's just a physical manifestation of my many deep-seated issues. I might look like a mild-mannered woman, but looks can be deceiving. Personality flaws?  Sure, I've probably got all of them. That's why I ride. Without regular rides, I grow horns.  It's as simple as that. 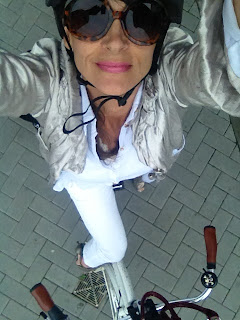 I ride as a public service.

Also cause it's the right thing to do.You know it's true. The Lorax knows it, too.

Oh come ON. I can't be the only one who sees it.

You'd think the Lorax would be ALL ABOUT bikes, wouldn't you? NATCH. It's a perfect fit, isn't it?  He is Daddy Green, after all.  But no. This week he said "Cycling is smart, but some cyclists need to get smarter."

Do you mean as opposed to all those brilliant motorists out there? The ones actually killing people?! Really?  And from the mouth of the Lorax himself...  :(   He is a great man, a true blue hero, so there's still hope. Maybe one day he'll have his Spitzer moment and admit his mistake. In  English, the word but negates the phrase which preceeds it.  Kudos if it was simply an article cleverly designed to hook your average motorist into reading and thus understanding the many benefits cycling infrastructure bestows upon the community at large, but please.  Of Cyclists he says "Many seem to have a sense of entitlement compelling them to ignore laws."

We have a sense of entitlement.

Do I have a sense of entitlement?  Yes, yes I guess I do.  I feel entitled to jump the light once the intersection is clear because a) the accumulated exhaust from cars at the intersection is a direct threat to my health and well-being, and  b) it's safer for me to be in front of traffic because it makes me more visible (and as you know, the Lorax himself said it's the cyclist's responsibility to make themselves visible). I DO feel entitled to treat stop signs as yields, too, because I can stop on a dime. (Unlike all of the cars I see daily rolling through stop signs!) So I stop if there's traffic, or a pedestrian near the intersection, but otherwise, no.

And no. I am not sorry. The Idaho Stop Law has been proven to reduce accidents. It works for a reason, and it's proof positive that I am doing nothing wrong.

I have done nothing wrong, but tell that to the officer who gave me the $167 ticket (on Christmas Eve!!) for failing to obey a red light.  I stopped.  The intersection was clear and so I proceeded. That's when he nailed me.

It's not right. Do you know what else is NOT right? Translink buses regularly speed up, honk their horns, and blast through red lights. That is a much bigger risk to public safety than my rolling through stop signs. After noticing eight bus drivers doing it in the space of six weeks, I mentioned it to Bill Yearwood, the head of the Transportation Safety Board, and he has noted it, too. Ask him. Why would our bus drivers take such HUGE risks with people's safety? Because they can, I suppose, and because they don't have to pay any fines when they do.

We have a duty as good citizens and active members of society to fight for fair and just laws.  We must stand up and fight for legislation designed to protect the people's best interests, and the planet's best interests, too.  That's why Canada's First Nations have taken a stand with Ilde No More. They want to protect our vulnerable waterways from Stephen Harper and his dastardly schemes.

Why? Because it's the right thing to do.

And I am here to insist that we must amend our legislation and policing practices to protect the most vulnerable road users, too, because we ARE ENTITLED to safe passage on the roads, and to the special consideration of lawmakers and motorists alike, because it's the right thing to do.

This was one of those more-challenging-than-usual weeks, and so I needed more therapy than normal. Only the weather wasn't having any of it. Rain was forecast all week long, so every day I played that daring and oh-so-much-fun Vancouver game where you SHOOT FOR THE SUCKER-HOLE! 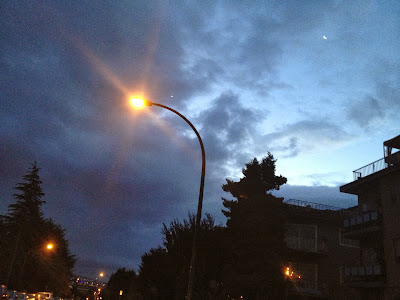 Right. Except maybe sometimes at night... but never mind that.

Happily, the rain has passed for the time being, and with it the need to SHOOT FOR THE SUCKER HOLE! 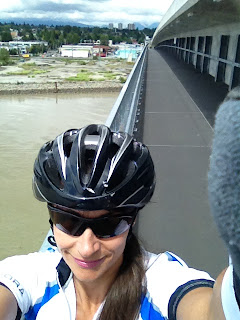 It's water under the bridge now, unlike our need for improved cycling infrastructure and for legislation and policing policies which are fair and just. That's never going to change, but if we're lucky, the universal perception of cyclists as the problem will one day be a thing of the past. Help make the shift, please, by signing this petition, mmmmkay?

Trust me.  It's best for everyone this way.